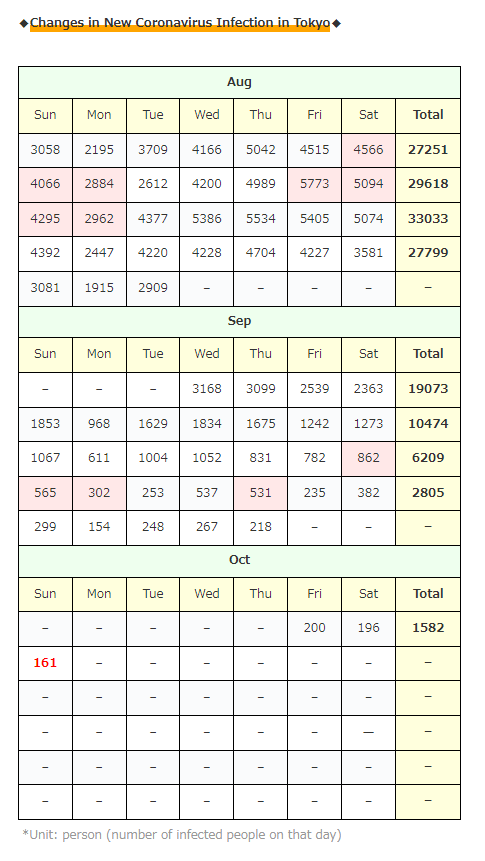 161(-35 from the day before) new infections confirmed in Tokyo. 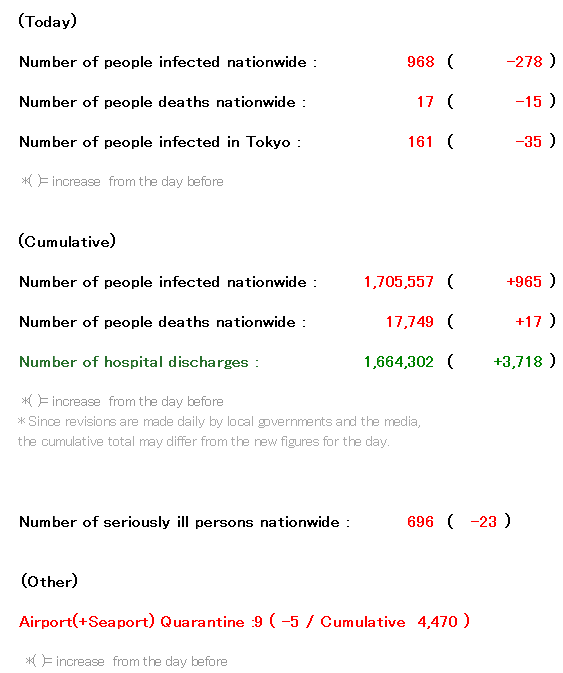 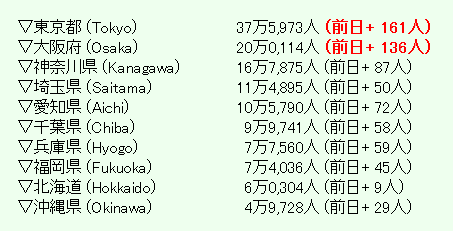 The number of infected people in Tokyo has decreased even more because it is Sunday!

By the way, tomorrow is Monday, when the number of infected people (announced) will be the lowest in a week!
Will it be double digits? !! 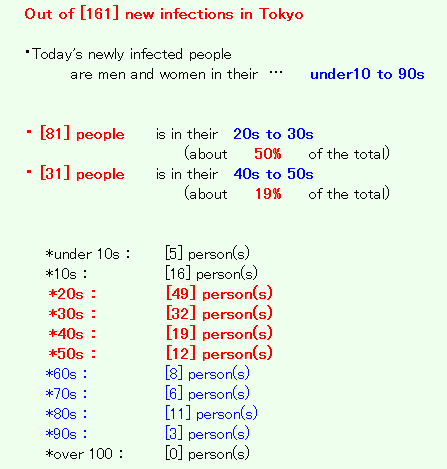 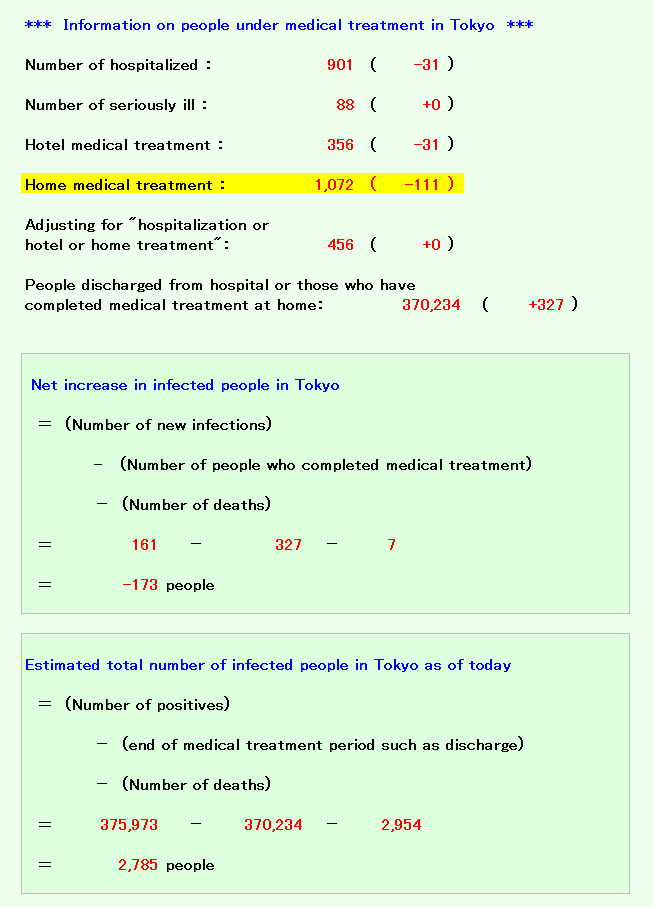 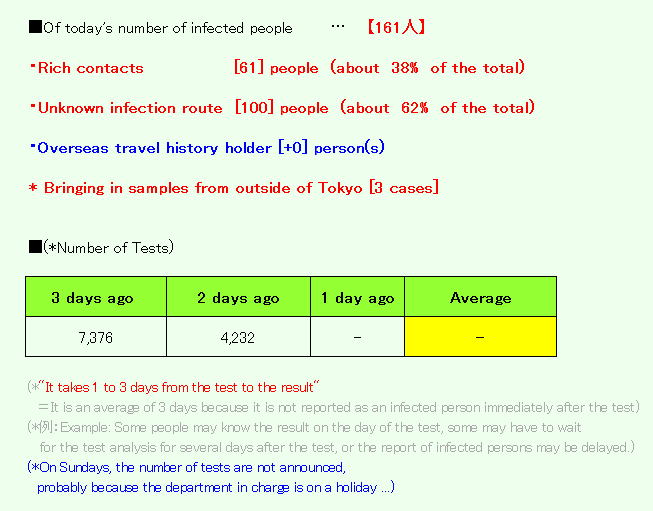 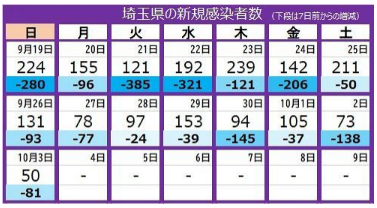 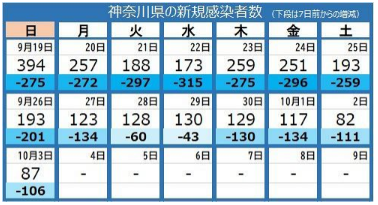 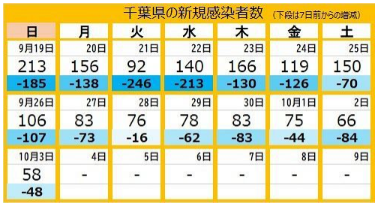 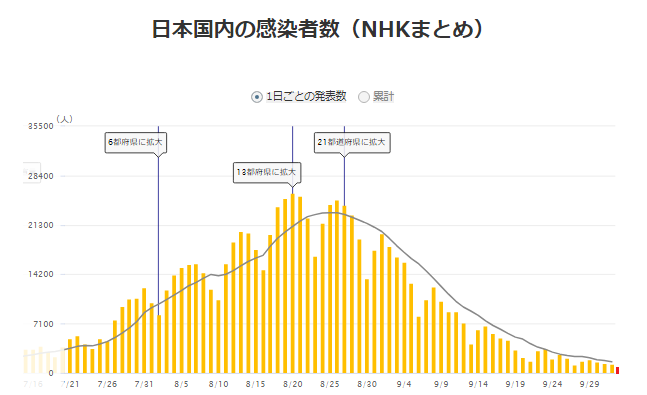 Today is the third day since the “state of emergency” and “priority measures such as prevention of spread” have been completely lifted!

It seems that many families have already visited the tourist spots, and the izakaya restaurants have been reopened in various places, and it seems to be a great success …!

It was raining in Tokyo yesterday Saturday, but … ↓ 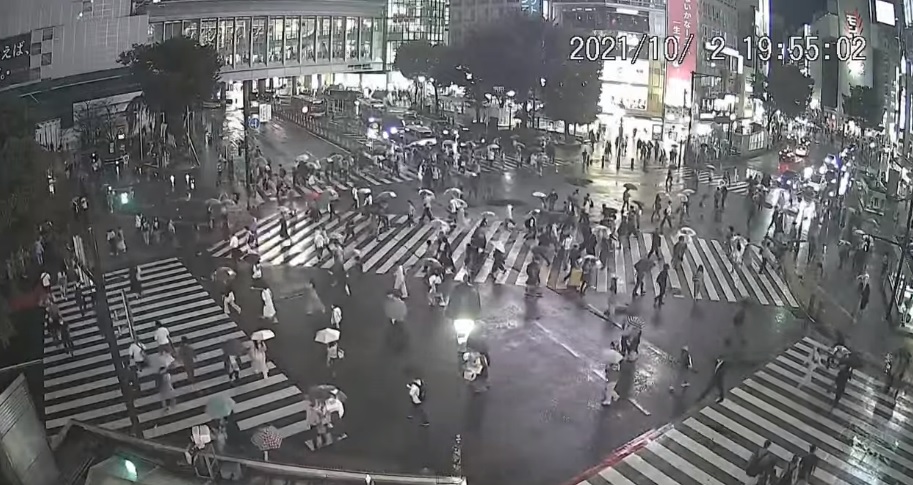 The night at the Shibuya scramble crossing is already quite close to the number of people before COVID-19 …!

I hope that the infection will not spread again and that it will gradually return to everyday life …!
…I’d like to say so, but the fact is that “We’re still scared”, right? …

By the way, as a concrete number …

It seems that the amount of people in each area on October 1st, the first day after the full cancellation, was as follows compared to the previous week!

*Since a typhoon was approaching in Tokyo, the Shibuya scrambled intersection also decreased by 20% during the day, but it still increased by 9% at night!

There was no atmosphere of “self-restraint” in various places since last week, but it seems that the word “cancellation” and “resumption of business” increased the number of people so far! 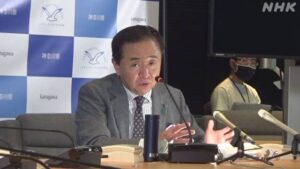 Governor Kuroiwa of Kanagawa
“At some restaurants in Yokohama City, we will start a demonstration experiment that will allow people who have completed vaccination twice to eat and drink without restrictions!”

Is it going to be a big human experiment to balance the economy and infectious disease control? … …No, stop (dry laugh)

However, we have to return to normal life someday, so I hope that no clusters will occur in this demonstration experiment for the time being!

By the way, in the United States, which is one step ahead of us, 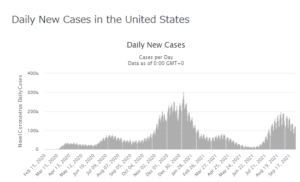 Isn’t it too much?

Even if you look at the data of each state … ↓ 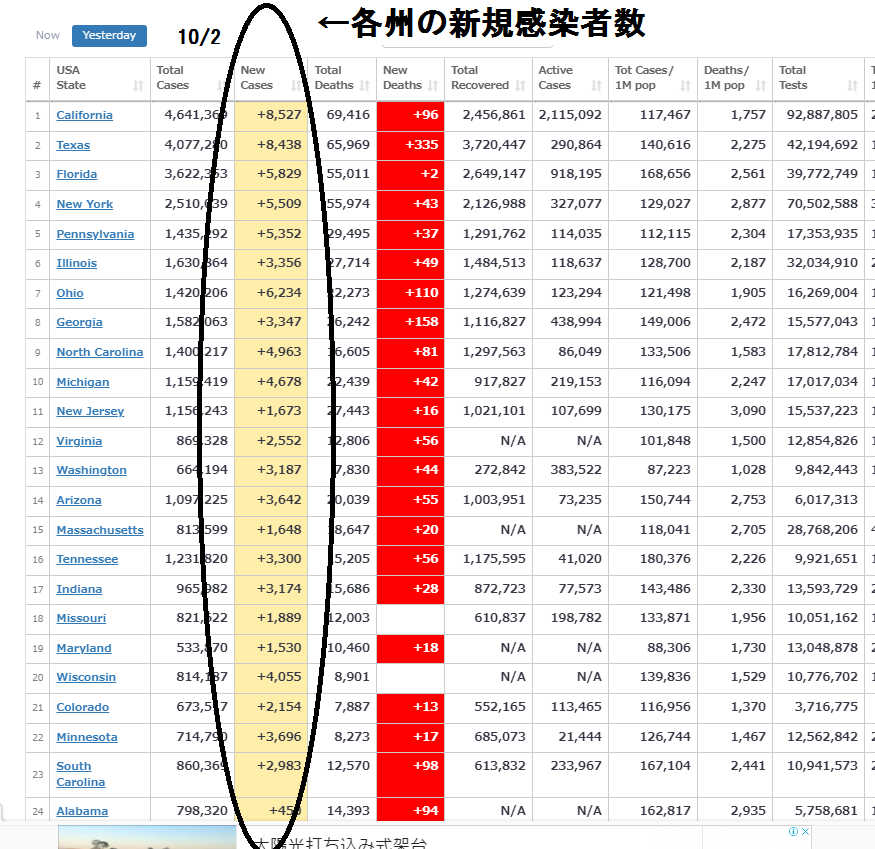 ↑Generally, the number of infected people increases in descending order of population …

In this way, even in countries / regions where vaccination is progressing, it have been re-expanded, so I feel that we still have to be alert.

Japan is really scary because it is too full speed with full release! !! !!

Oh, and I’ll also post the status of infection in the UK, where vaccination is progressing! ↓ 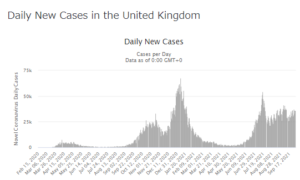 I’m sorry to tell you my personally things, but when I started this site and SNS, I started with “I want to introduce interesting and fun spots in Japan!”, So I would like to include that information if possible in this blog/web site, but…

For the time being, I would like to continue to share information related to COVID-19 with you until we can return to our normal daily life! Thank you for your continued support!

Let’s share information and take proper measures to overcome COVID-19 so that we can get back to our daily lives quickly!