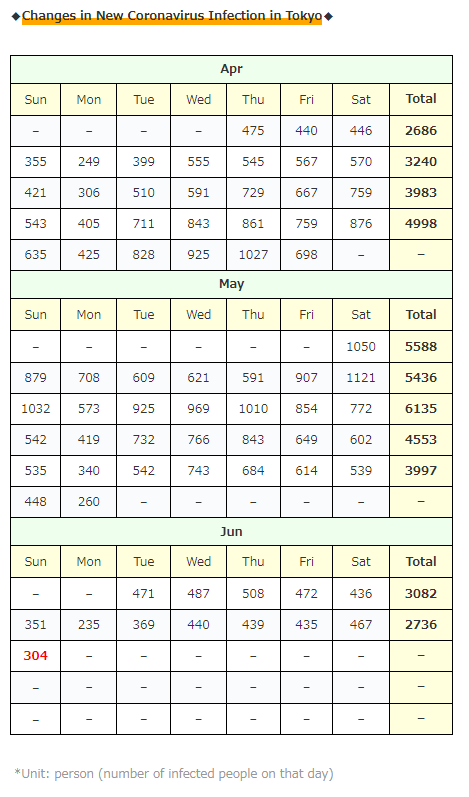 However…, weekdays from tomorrow are a little scary …! 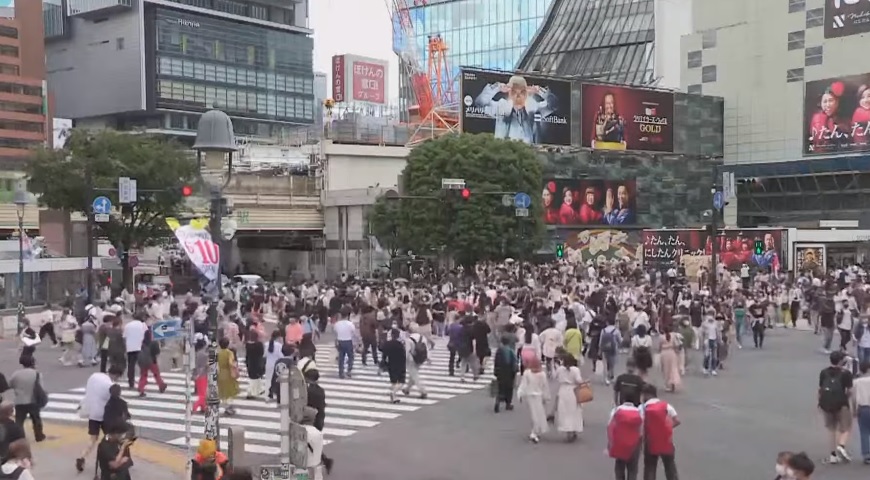 * It seems that there was no “new” cluster today. 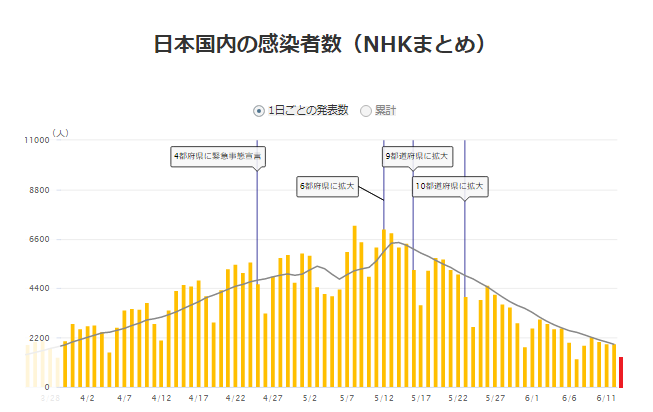 It seems that a large cluster has occurred for the first time in a long time.

At Ryutsu Keizai University in Ibaraki Prefecture, infections of students belonging to the rugby club were confirmed one after another, so a mass test was conducted, and it seems that 76 out of 141 people who were tested were infected.

In addition, all 131 members and 4 staff members lived together in a university dormitory, and it seems that it spread there.

Anyway, as I remembered from that article, also the number of young people infected in Tokyo is increasing… 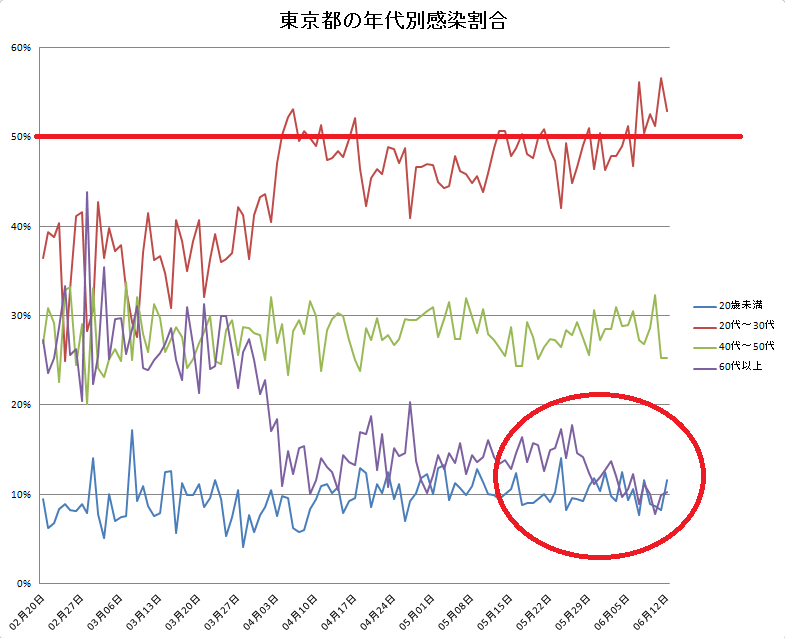 The infection rate in the 20s and 30s has been around 50% since it increased with the 4th wave, but in the last few days it has finally broken through the 50% barrier …

Also, although it is circled in red, I do not know if it is a vaccine effect(Because the vaccination rate for the elderly is still a few percent),  but the infection of elderly people in their 60s and over is gradually decreasing.

By the way, if I give more details … 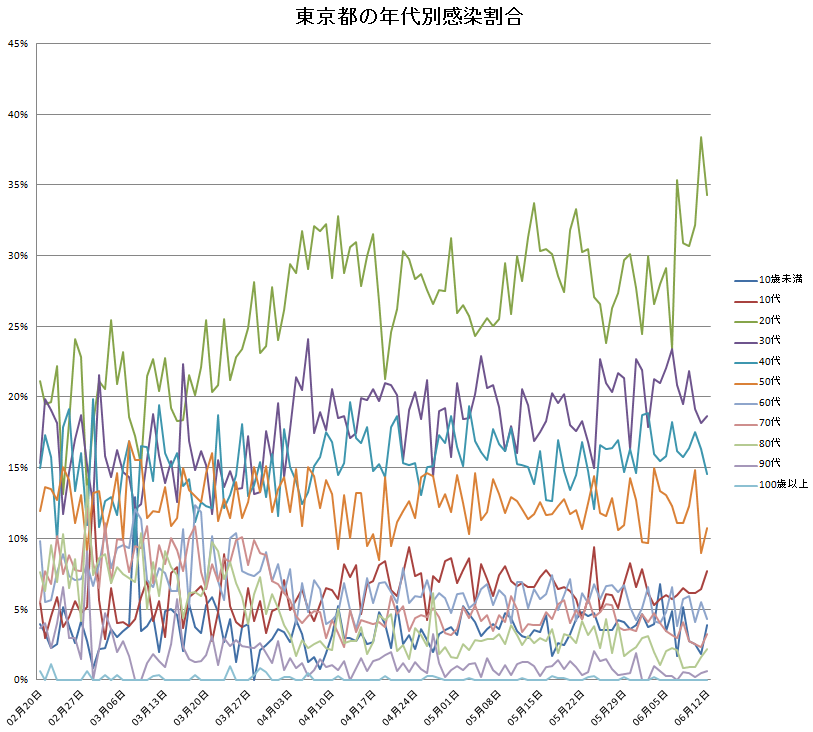 You can clearly see in the graph that only the infection rate in the 20s is rising, while the other generations are almost flat.

Also, during the period of the 4th wave, it can be clearly seen that the infection rate in the 20s has risen, while the other generations have not changed so much in proportion.

“The increase in youth infections is a sign of the spread of infections as a whole,” often said Mr. Omi, chairman of the government subcommittee sand government, but they may be seeing this tendency …

Yesterday, the number of infected people in Tokyo increased from the previous week for the first time in about a month, but now that the infection rate of young people is increasing, I hope that the infection will not spread again …

Rather … Tokyo is still in the process of declaring an emergency, so why is it increasing…………………

There wasn’t much COVID-19 related news in the last few days, so today I made a graph today, just like last week!

After all, even if we know the infection status somehow, there are many things that we can understand by making it visible on the graph!

As time permits, I’d like to make it here and there!

Actually, it would be best if COVID-19 ended before making such a graph … (dry laugh)