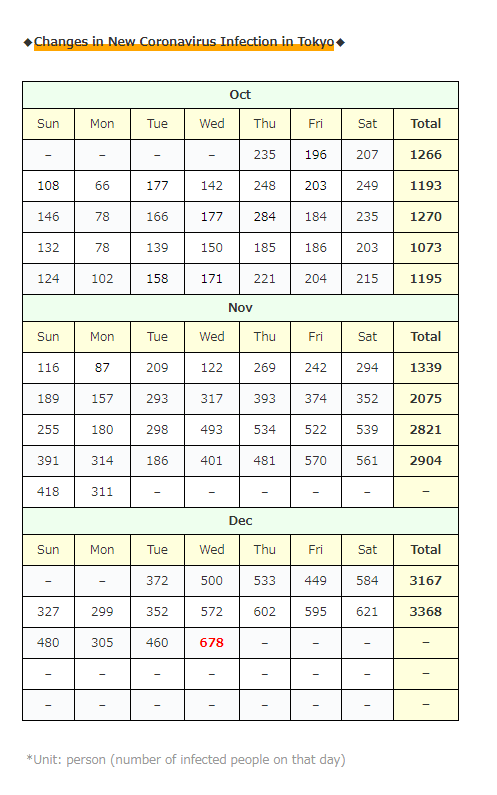 The number of seriously ill people has decreased by 9, but yesterday’s death was 9, so I wonder if it is related to that …

From Thursday to Saturday, when the number of infected people will increase during the week from tomorrow …

・Infection in the facility [48] people

* Infection in the facility [48] people

*Among the infected people counted today, there are [6] cluster relationships, including the above.

* Details are unknown, but it seems that clusters are also occurring in “events sponsored by the prefecture” and “dining at restaurants”. .. 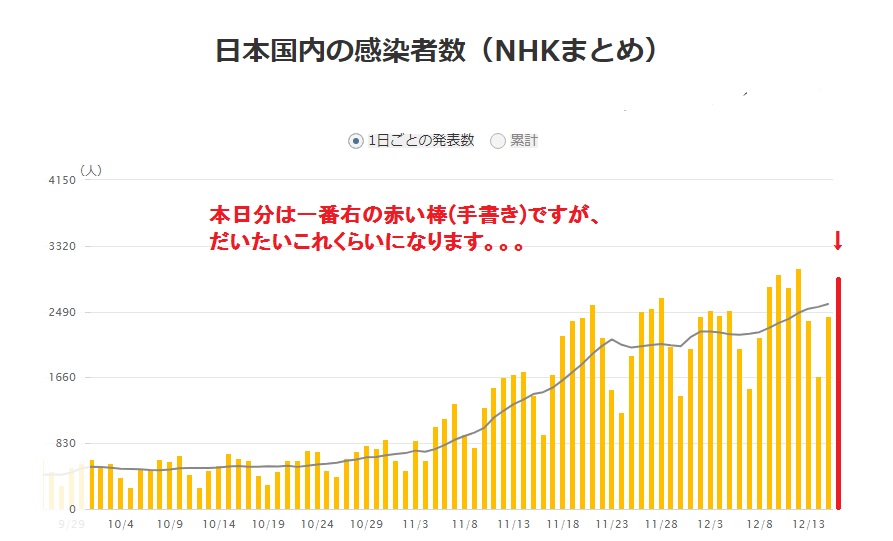 From this surprising news today …

Every day, while summarizing the infection situation in Japan, I thought “Ibaraki suddenly spread the infection …”, but there was something like this!

「”Wine party held at the home of a practitioner in Tsukuba”

「”37 people participated and a cluster of 17 people occurred”

「”7 hospitals have been closed and medical treatment restrictions have been taken.”

“The local government announced that “his job was self-employed”, not a doctor, because he wasn’t OK.”

We have lost words…

but I think everyone can understand that there is a certain amount of “unavoidable dinner”, but we want them to take proper measures against infectious diseases, right?!

And speaking of Prime Minister Suga …

as you may already know,

Somehow, it seems that PM Suga leaked of the reason for suspending the “Go To (Travel) Campaign” to the surroundings, saying, “If the government continues “Go To”, it will be held responsible for everything.”

Certainly, if he makes a mistake here, he will become the prime minister who will make a name for himself in history (in a bad way) …

There is news that,

the opposition will also pursue responsibility for this decision, but…

Don’t take the time to do that anymore!

…Am I the only one who thinks?! lol

And after all is over and COVID-19 is over, you should pursue responsibility!

Because he will not take measures …

Now, from here on, it’s about the correspondence of each prefecture!

I summarized this yesterday … ↓

(From the summary article on December 15th)

About “Go To (Travel) Campaign”,

There is new information on various sites and news little by little, so I will briefly summarize the information so far!

About “Go To (Travel) Campaign”

■From December 14th to December 27th

Only “strongly urge not to use the campaign”

■From December 28th to January 11th

Pause “Go To Travel” for all trips nationwide

（Travel including this period is completely excluded）

→Free for the period from December 14th to December 24th *

* It seems that the government will bear the cancellation fee again …

Until now, the government covered 35% of the CXL fee from the GoTo travel project cost, but this time it seems to cover 50%. (Under adjustment)

(Since it is very long, I will link the following contents …!)

Some additional measures have been taken for each prefecture, so I will briefly summarize them!

Call to refrain from going to and from Tokyo

Regarding the draft ordinance for strengthening COVID-19 countermeasures, it was obligatory to report route information to those who were found to be infected (a fine of 50,000 yen in case of refusal), but the citizens of the prefecture have not deepened their understanding. So it is said that the contents of fine will be deleted from the draft …

That’s all of the summary of measures taken by each prefecture!

By the way, It seems that the government bears of the cancellation fee for “Go To Travel” was decided to be 50%.

At the time of “heavy snow”, “typhoon”, and “COVID-19 1st wave”, neither the travel agency nor the accommodations customarily need cancellation fee by customary, so the government only dares to pay the cancellation fee at this time. So it’s just a subsidy, not cancellation fee, but it can’t be helped to prevent it from being bankrupt …
(Even though it is for personal reason, almost accommodation facilities don’t need that…)

And there was an article saying “I completely agree”!

About “Go To Travel Campaign”,

“If you delay your decision, it gets worse. It’s a consequential theory whether you should have done it earlier or later.”

Still, I wanted the campaign to stop sooner … I think …

Lastly, I would like to introduce the most laughing thing today!

Changes in the number of infected people in Tokyo … ↓ 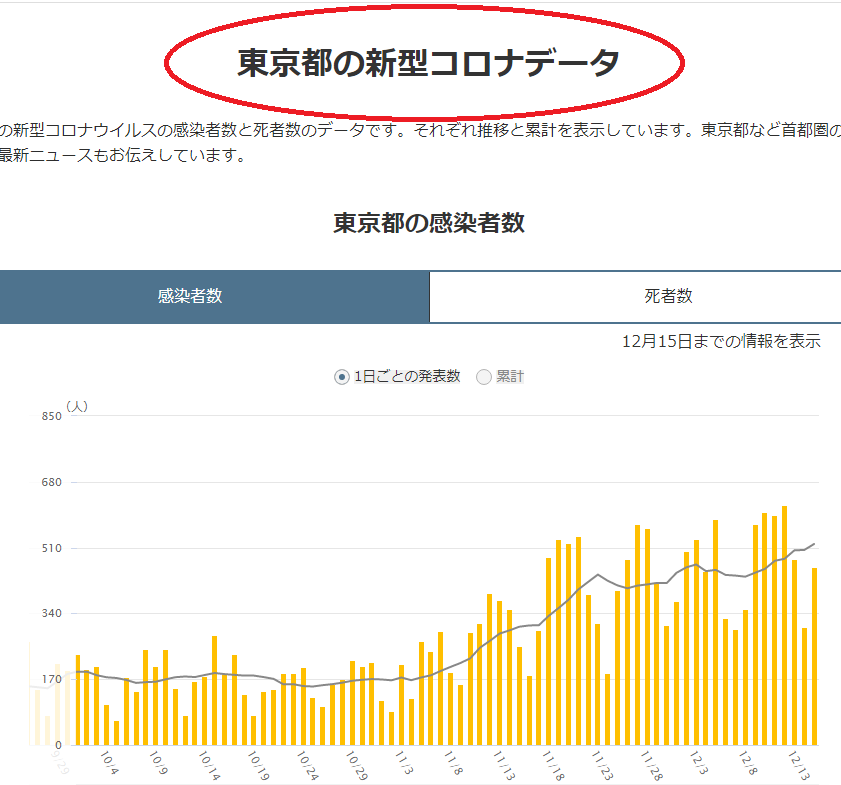 On the other hand…

Changes in the number of infected people in Tottori … ↓

(*Tottori is famous in Japan as the best countryside in Japan…) 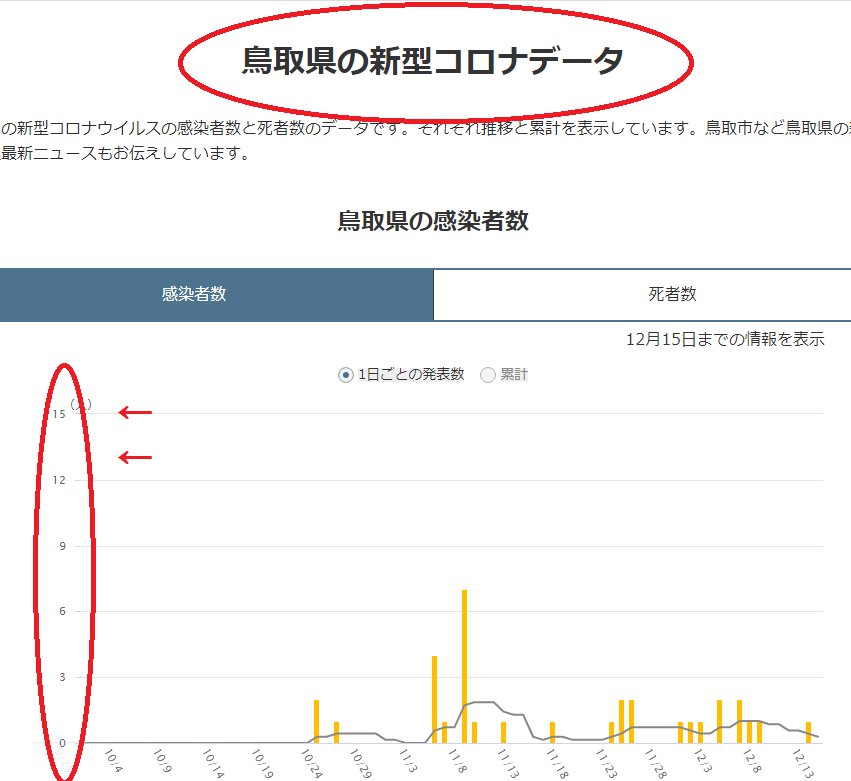 Tottori is too amazing!!! lol

“Pfizer’s COVID-19 vaccine is expected to be approved in Europe on the 23rd!”

“Germany and Britain failed to contain! Regulations continue until January 10“

“The second unlock in France!“ 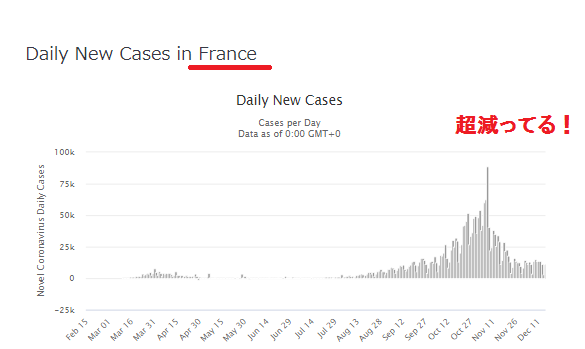 Everyone was planning to “unregulate at Christmas”…

Only France, which took the first measures and took strict measures (prohibition of city movement), won the victory …!

Japan’s measures are looser than those of European countries…

I don’t really feel like the infection will stop if Japanese Government stop “Go To ~”, but I hope it will end unexpectedly …!