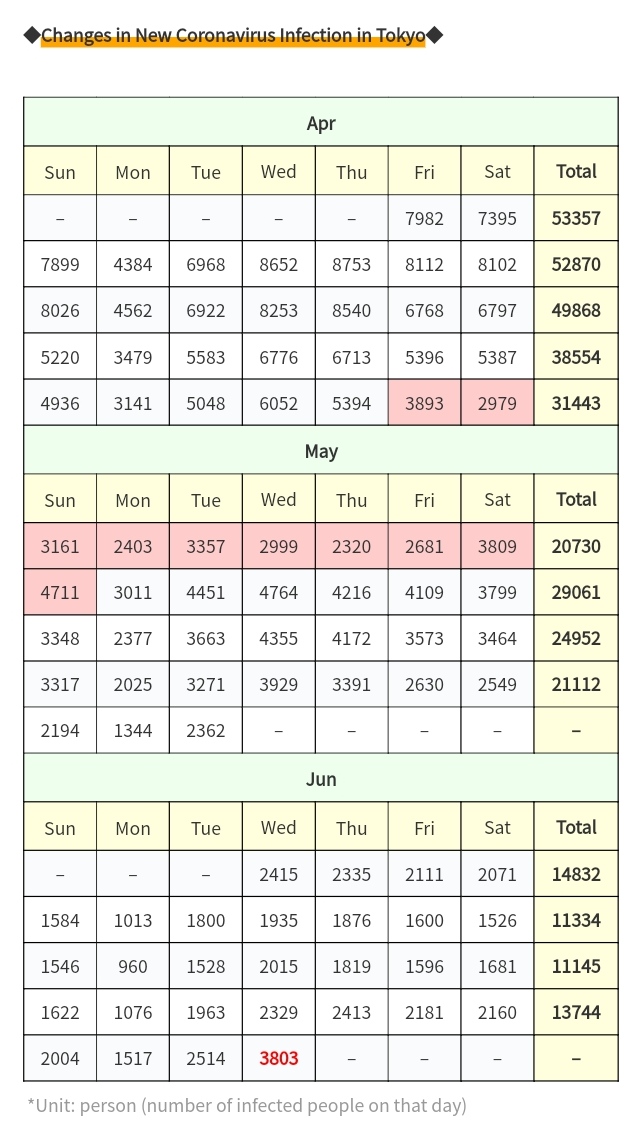 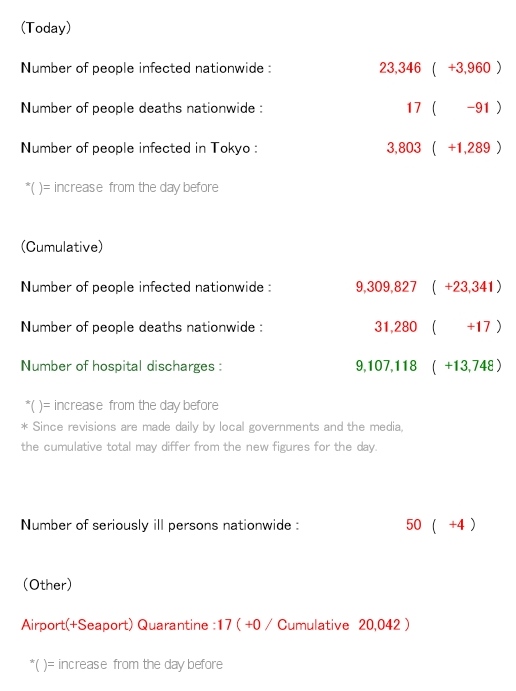 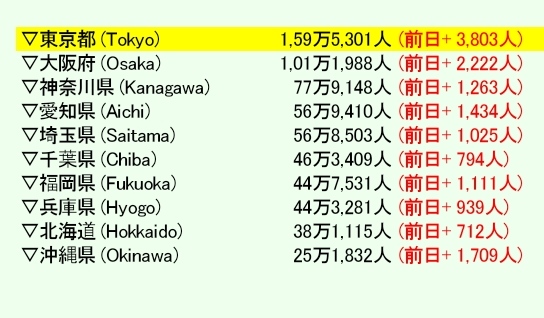 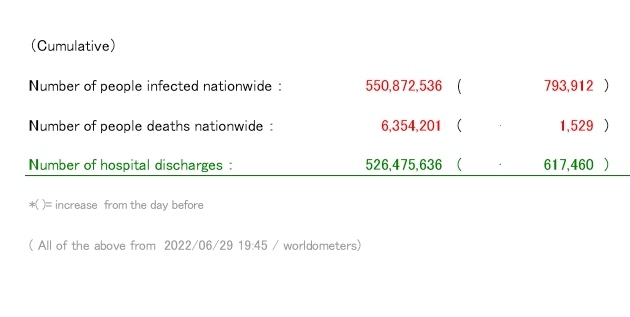 The number of infected people in Tokyo is ..
It has returned to the “realm of another dimension” at once …

Well … If you look at the completely different “abnormal increase” that started in January this year, this accelerated increase may be “natural”, but … 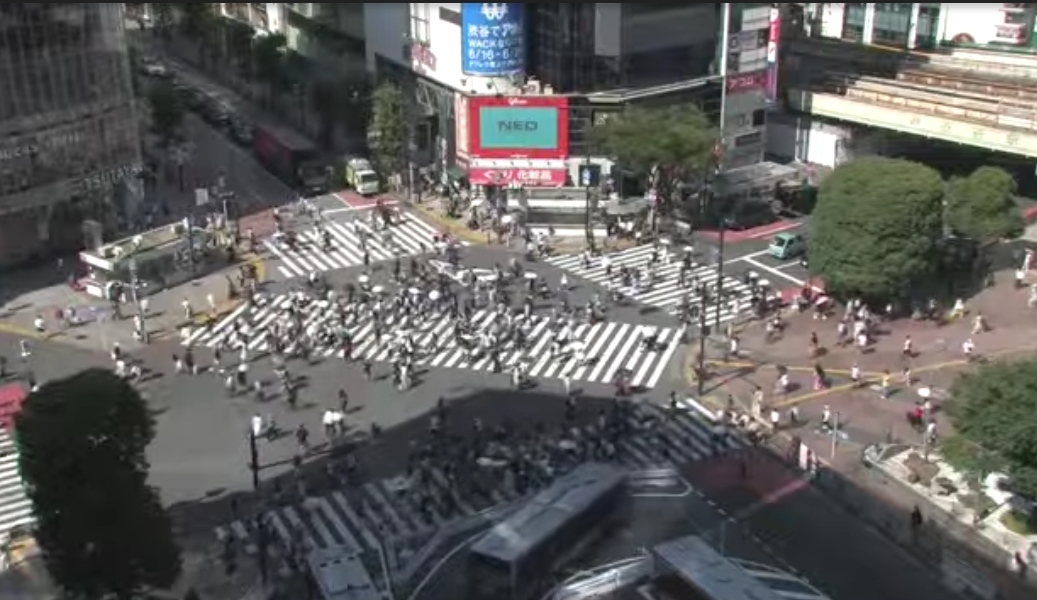 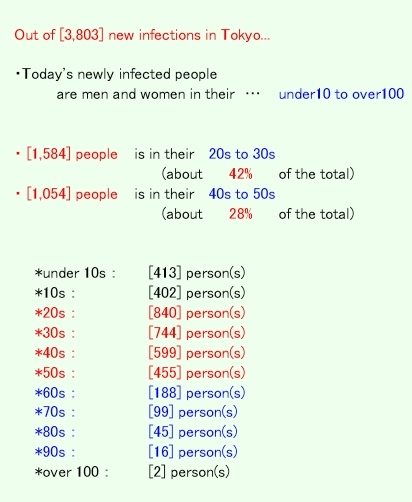 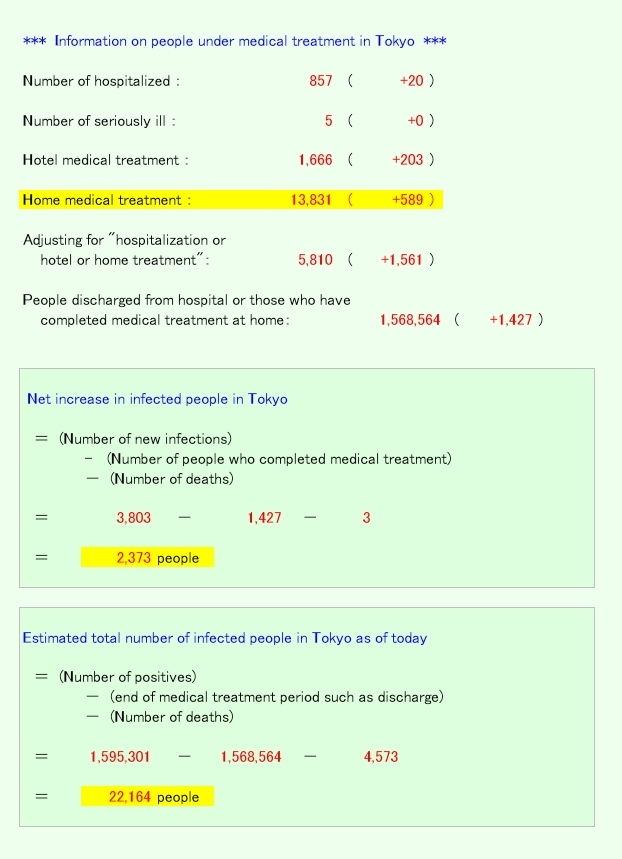 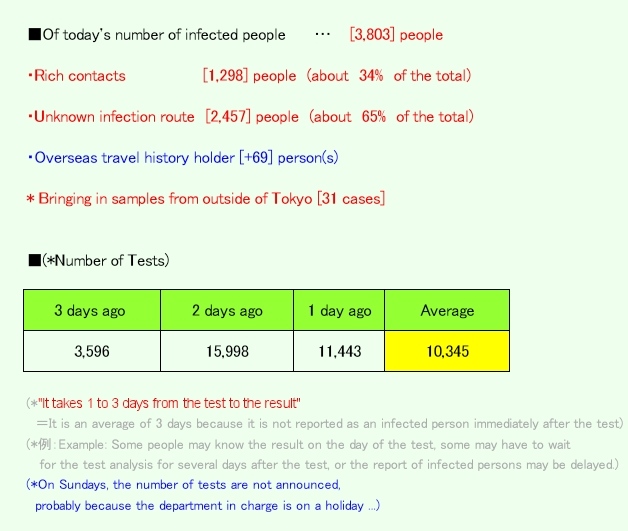 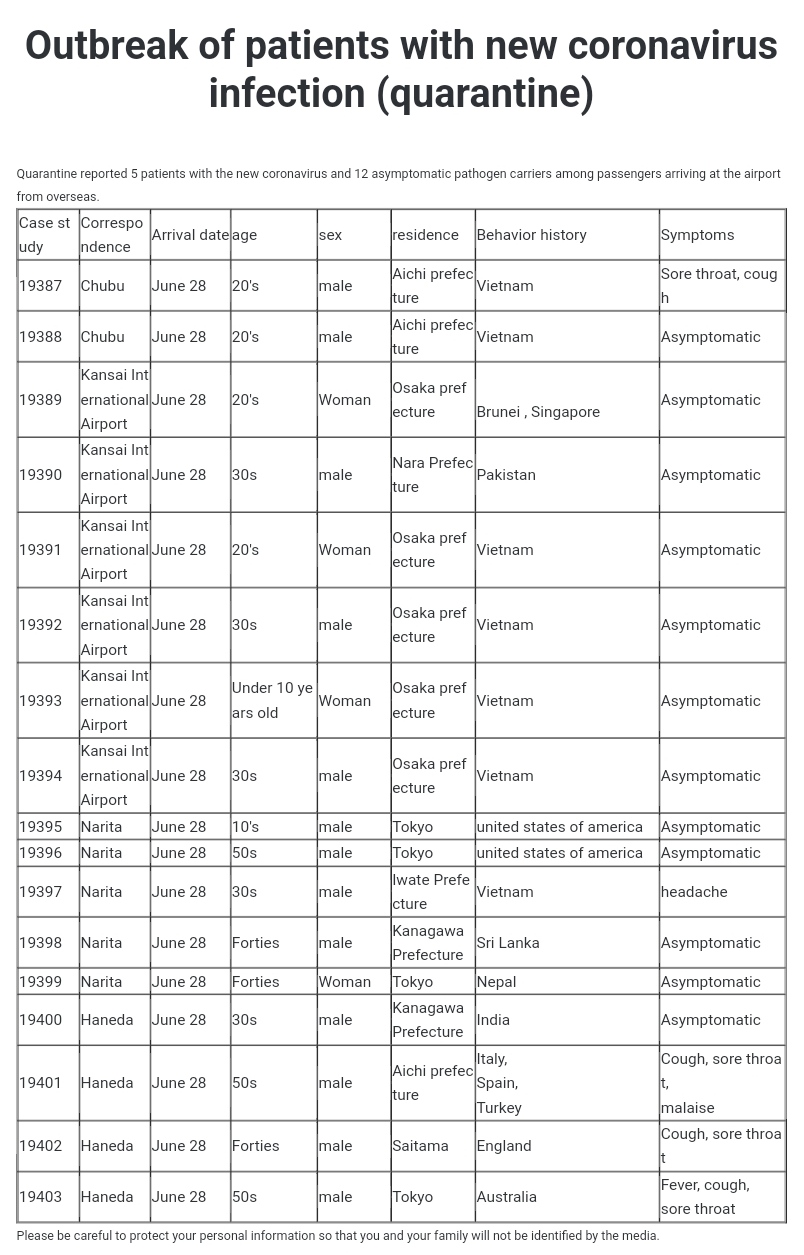 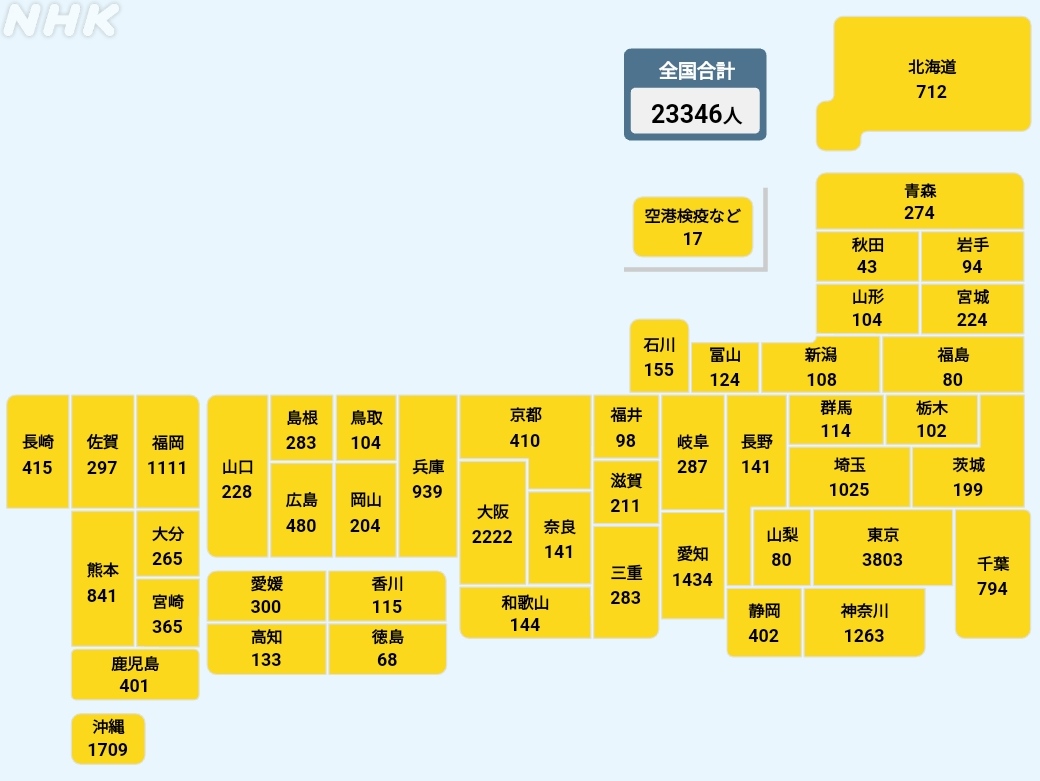 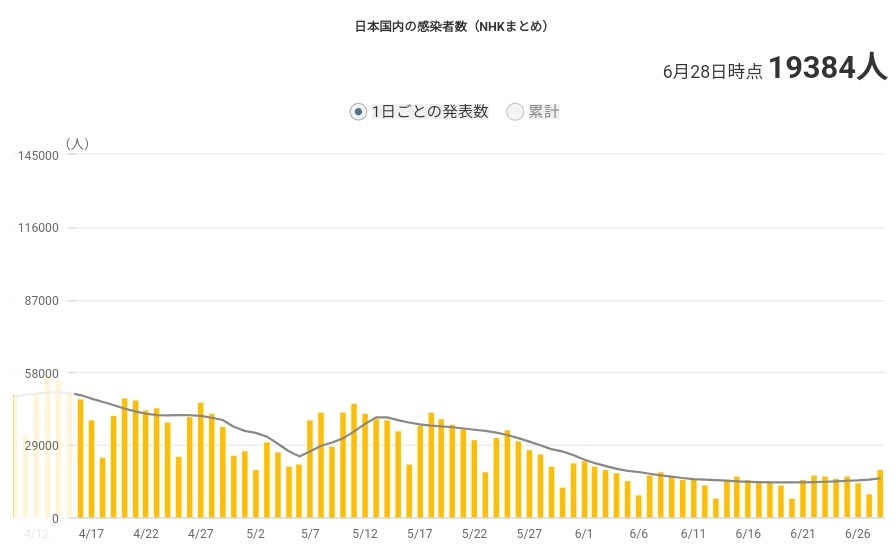 Well, I will briefly summarize the data today!

First of all, the infection situation of the whole world ↓ 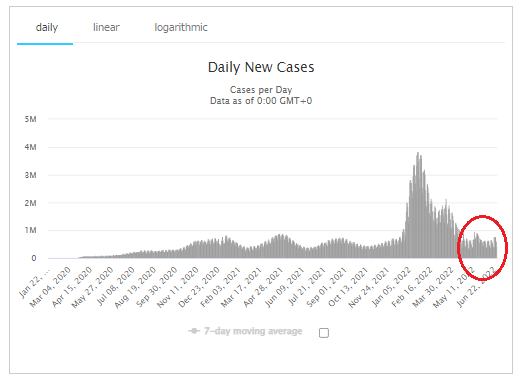 I introduced it about a week ago, but you can see that it has stopped falling completely since then.
It is easy to understand if you draw one horizontal line, but ↓ 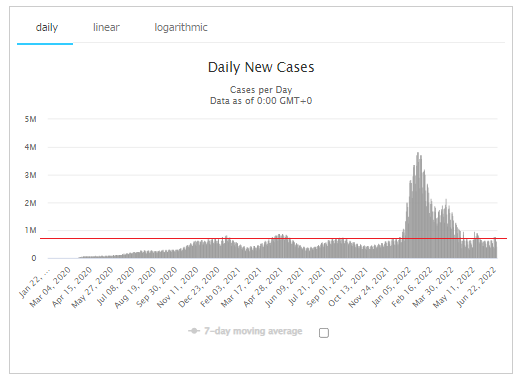 ↑Everyone seems to be confused by the January 2022 wave (6th wave in Japan), but it is clear that the situation is clearly too terrible that it has stopped falling near the peak of the wave so far.

The infection situation in such a world, by the way, the “airport quarantine” in Japan announced the day before yesterday looks like this ↓ 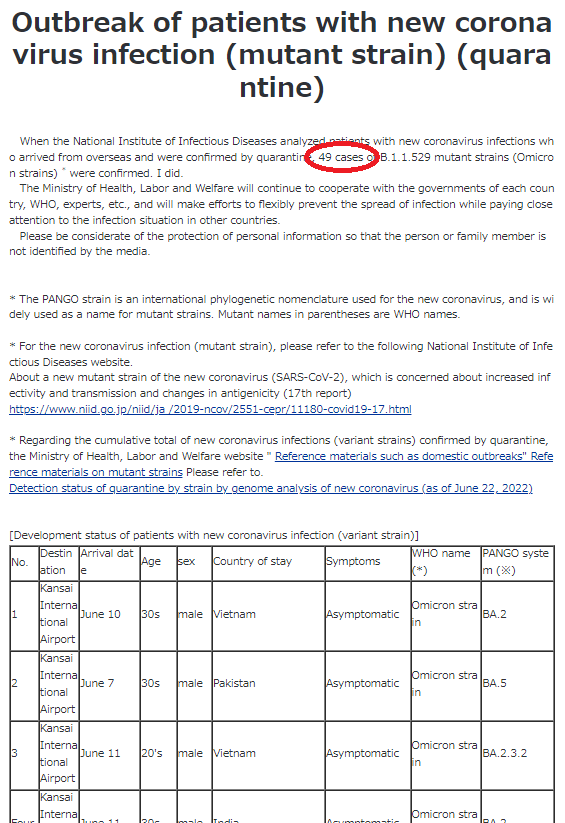 And what happened after June 1st, when the quarantine at that airport was “virtually abolished” … ↓ 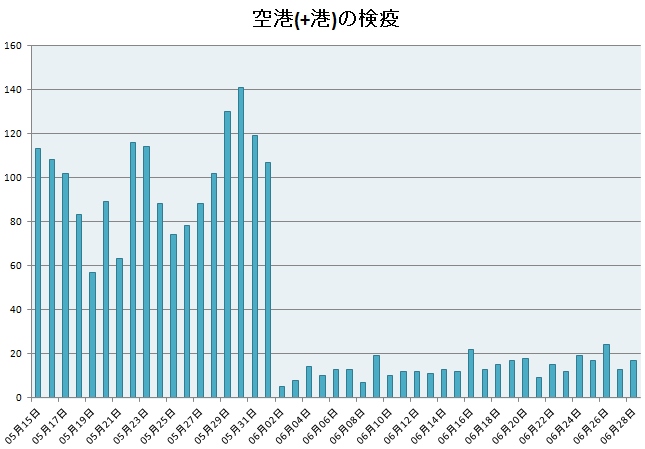 This blank space is flowing through the airport, 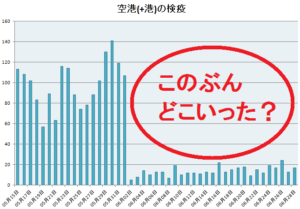 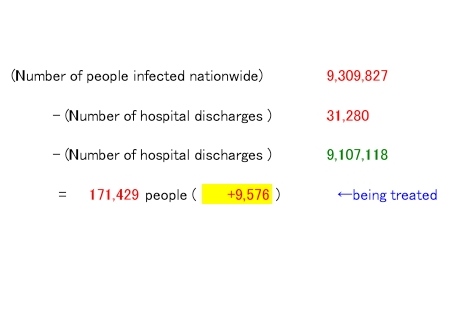 By the way, in such a situation, Japan has the illusion that the number of infected people has decreased significantly compared to January-February 2022 (although it is still as bad as the peak so far), so…

it seems that the sales of restaurant chains have been on the rise for more than half a year! 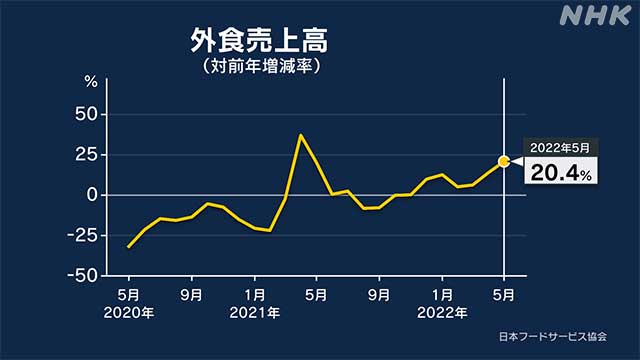 ↑…… Far from being “half a year”, it has risen at all since last August… (dry laugh)

It is grateful that the economy will really improve, but considering the current response of the Japanese government and the actions of the people, it is the same as saying “that’s why the COVID-19 disaster will not end”, so it is a difficult place …