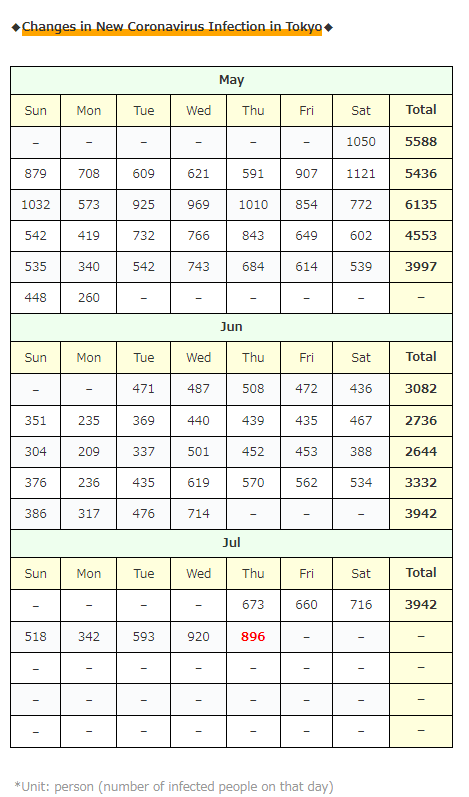 However, the number of people in the city has not decreased, and it seems that there are many boos in the state of emergency … 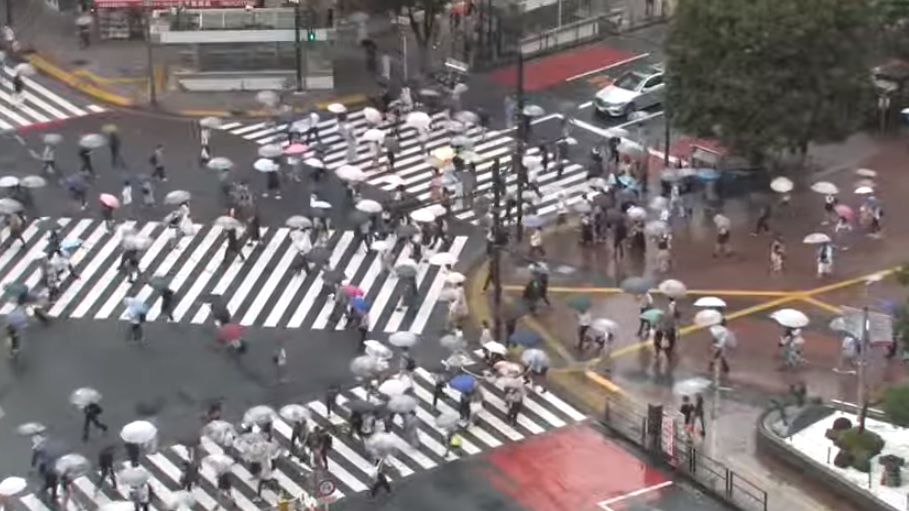 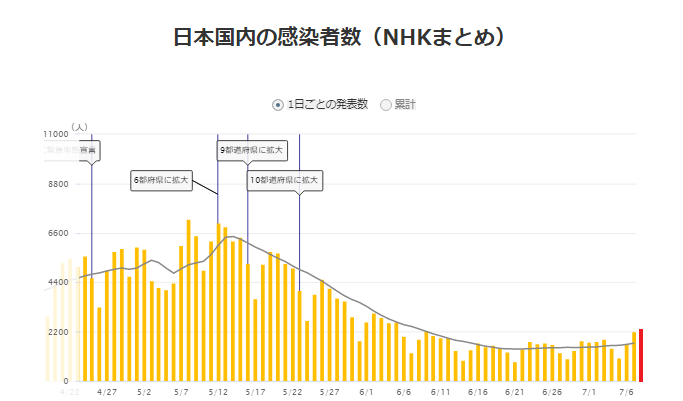 Tokyo has already entered a state of “infection super-explosion” …

I made this image yesterday … ↓ 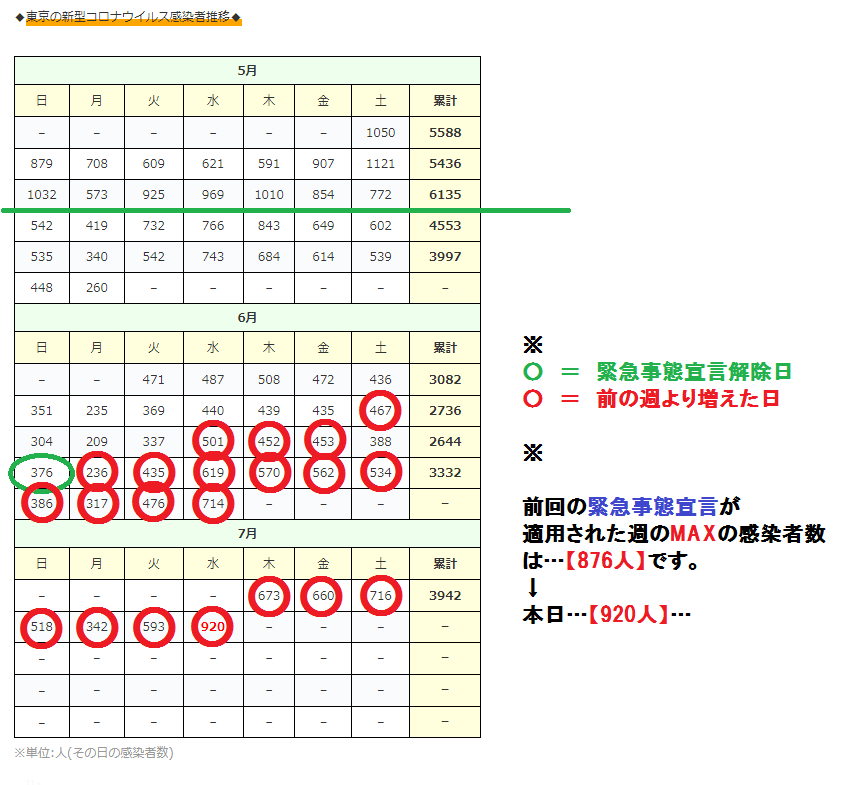 ↑ The number of newly infected people in Tokyo has been gradually decreasing since the end of Golden Week, but there are already signs that it has stopped declining from the second week of June …

Nevertheless, the government lifted the state of emergency on June 20 (green circle on the calendar) because “the infection is not good, but the people’s mind is already at its limit!” …
(It seems that there was actually such a statement in the government subcommittee)
(Although the reason for the construction was “improvement of the medical care provision system” …)

As a result … The number of newly infected people in Tokyo is now increasing for 17 consecutive days from the previous week …!

By the way, in response to this outbreak of infection, the Tokyo Metropolitan Government seems to have requested the government to…

“clearly state that “priority measures such as prevention of spread” are “in principle, suspension of the provision of alcohol” …!

.. Rather, I feel that it should be a compulsory “order” rather than a non-compulsory “request” …

And I want the government to make sure that the cooperation money that makes everyone want to comply with the rules and the speed of payment are solid in the first place …!

By the way, Tokyo is currently in a terrible situation due to an outbreak of infection, but …

Actually, the number of infected people has not increased as much as in Tokyo, but it seems that the “major infected areas” are becoming quite dangerous …!

↑↑ So, the number of infected people has not increased as much as in Tokyo yet, but the infection is spreading in all major areas except Aichi …!

Rather, Chiba, Saitama, Kyoto, and Hyogo seem to have a higher rate of increase than Tokyo …!

After all, iIt seems that the state of emergency will eventually apply to Tokyo …

However, in the end, there was no additional measure for the state of emergency so far …

Moreover, even during priority measures such as prevention of spread, it seems that “alcoholic beverages can be served if certain conditions are met”.

(Because it was declared after the infection in Tokyo exploded,)

Although the response has been completely delayed, Prime Minister Suga seems to be proud that it is a “first move” again.

somebody help us Japan!

The domestic (Tokyo) infection situation is so bad that the domestic COVID-19 related news is in a state of confusion, but …

Overseas … In Indonesia, where it is said that the infection situation is quite dangerous, as many as 6 Japanese people have died in the last 11 days … 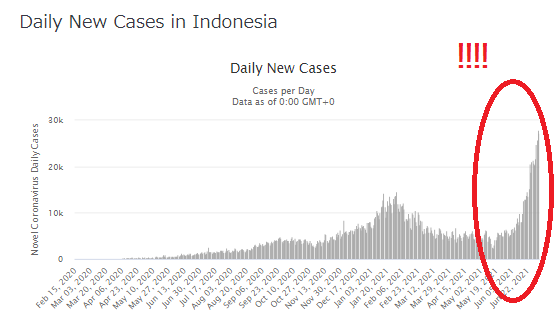 Many Japanese ordinary people say the following, but it’s not the case when you look at Japan or overseas …

“I don’t like priority measures such as prevention of spread …”

I hope that as many people as possible will understand it and that more people will be careful about preventing infections …!

And …The state of emergency is likely to apply to Tokyo, but …