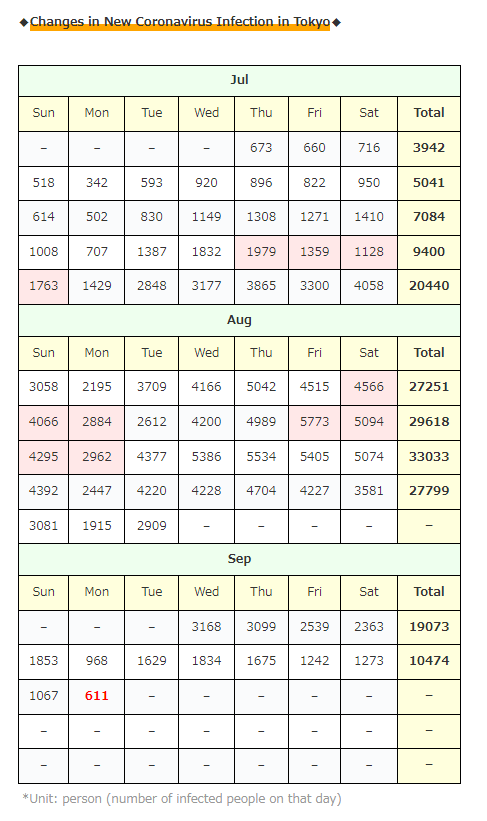 611(-456 from the day before) new infections confirmed in Tokyo. 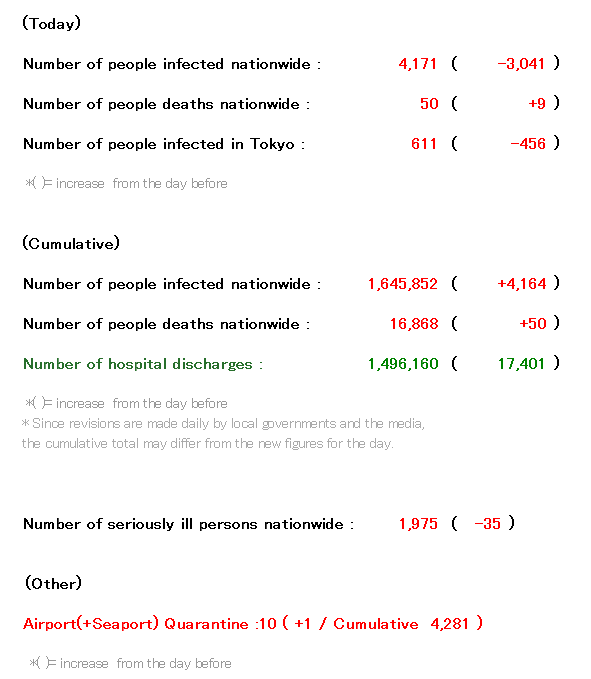 Regarding the number of infected people in Tokyo, it is less than 1000 on Monday for 2 consecutive weeks! 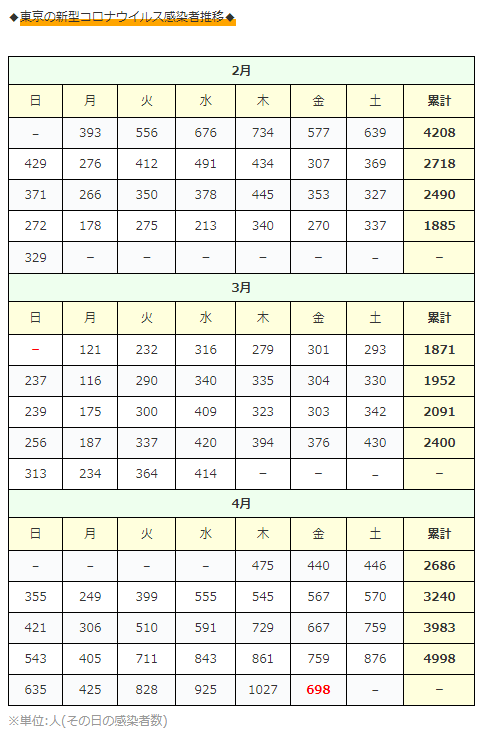 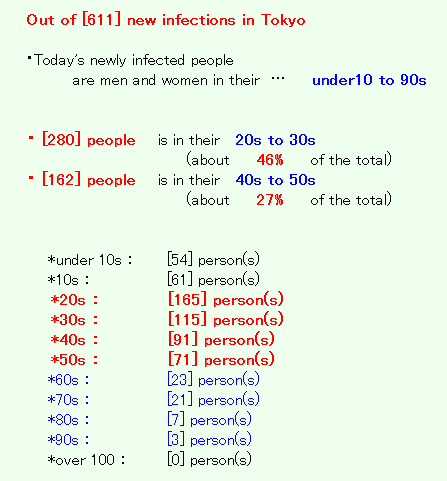 ・It seems that a woman in her thirties died today … 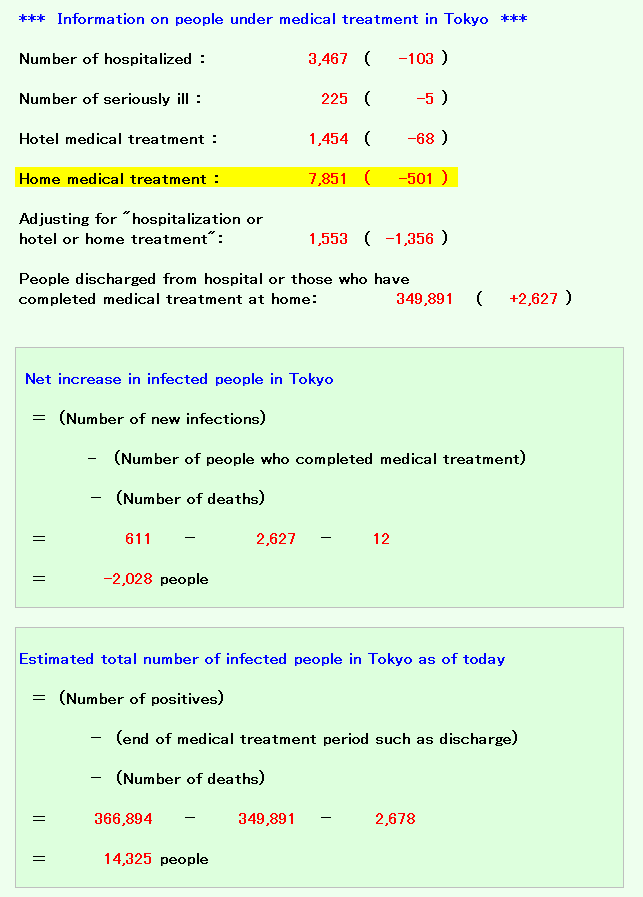 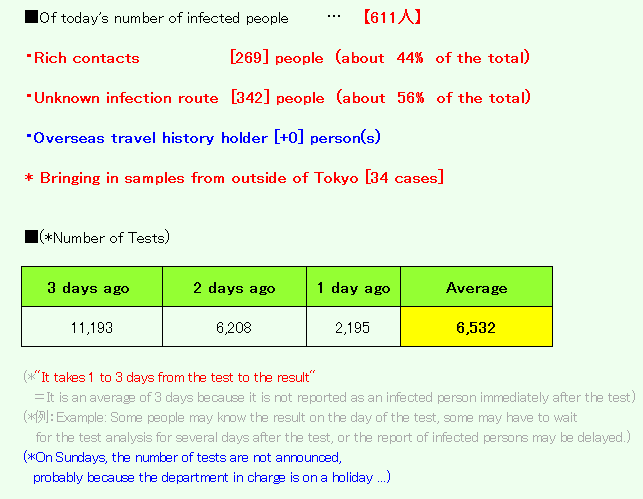 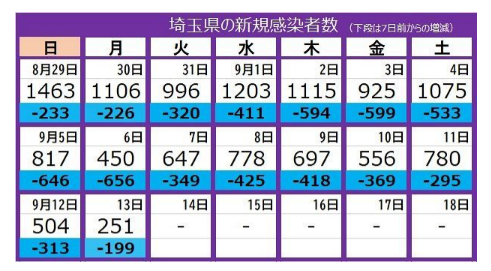 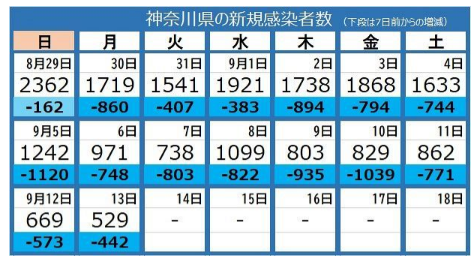 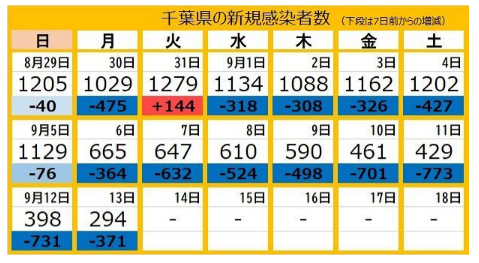 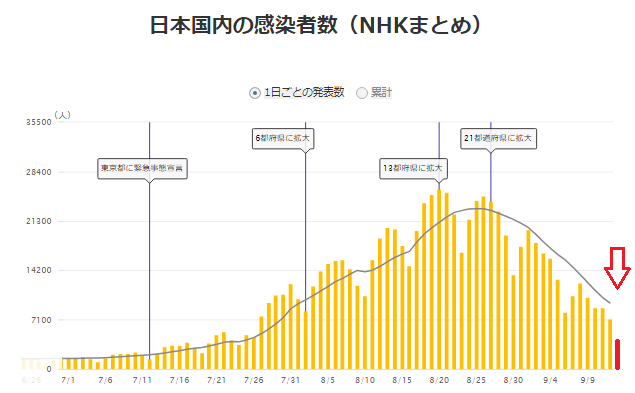 There was some news about the data today!

According to a study by Kyoto University, the effectiveness of the Pfizer vaccine in Japan was 85% to 90%!

… However, this data is “the analysis result of about 30,000 infected people from the end of June to about one month”, so I’m curious about the data from the latter half of July to the middle of August when the infection exploded. …!

There was also such data!

According to the Centers for Disease Control and Prevention (CDC) in the United States, unvaccinated people were significantly at higher risk than vaccinated people, as shown below …!

And today there was a very informative feature article on Yahoo!

It’s not an article that picks up one thing, but an article that features a wide range of things, so I would like you to actually read it from the link when you have time, but… the article is too long … (lol), so I’ll summarize it here!

・When repeated immunization with the same antigen (substance that makes antibodies), the risk of death increased from the 5th time in animal experiments.
Approximately half died after repeating 7 to 8 times.
→ Is it dangerous to vaccinate multiple times?

・Since the delta strain has a significantly higher viral load in the body than the conventional strain (about 1000 times), an antigen test is also effective instead of a PCR test.
→PCR test = 1 to 3 days, antigen test = 5 to 15 minutes
→ Therefore, the United States will stop PCR testing from 2022 next year.
(*The disadvantage of the antigen test is that the accuracy is inferior to the PCR test = a large amount of virus is required.)
・Even if vaccination progresses, mutations that avoid it will occur, so the only way to end is to actually spread the infection and reach herd immunity, or spread a silver bullet

・The side reaction of the vaccine occurs because the substance that makes the antibody in the currently popular COVID-19 vaccine is originally a “toxin”.
→”Recombinant protein type” vaccine (developed by Japan etc.) is safer.

“If vaccination is dangerous if you do it multiple times, what happens to influenza vaccination …? I do it every year, but I’m alive yet…”

“Even if many people actually get infected and get an antibody, there will be mutations that avoid it, so isn’t it the same as vaccination?”

As mentioned above, various questions can be raised … but the latest research so far seems to be the above story …!

But anyway … whether it’s a virus or a pest, I think it’s a common fact among all of you that “mutations so that drugs, vaccines, and pesticides don’t work”, so in the end, I think “it’s important to finish vaccination for everyone before the infection spreads again after vaccination …”

Otherwise, it will be mutated …!

The amount of text was short today, but the content was deep, so I will end today’s summary here!

By the way, it seems that vaccination has started for “high school students who want” in Aichi Prefecture as well!

In Aichi Prefecture, it seems that vaccinations are given to third-year high school students (close to employment / examination) “by school”!

There was a lot of talk in the upper part, but while vaccination is progressing moderately in Japan, if the infection spreads here, “variant strains that can slip through the vaccine” may be born.
So, I want all the people to complete the vaccination as soon as possible!