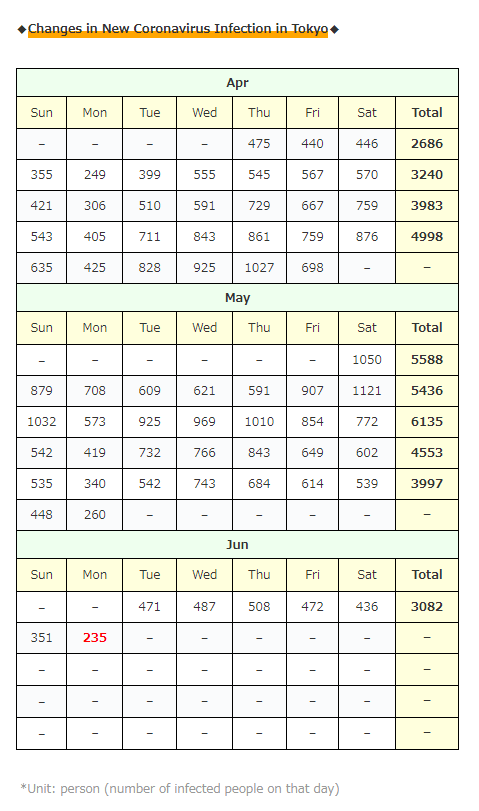 The number of newly infected people in Tokyo has decreased considerably because it is Monday!

However, it seems that it doesn’t change much compared to last week … 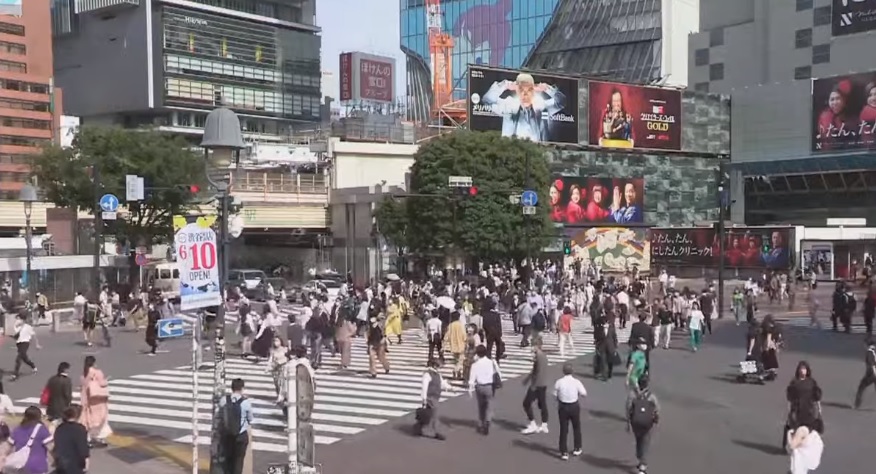 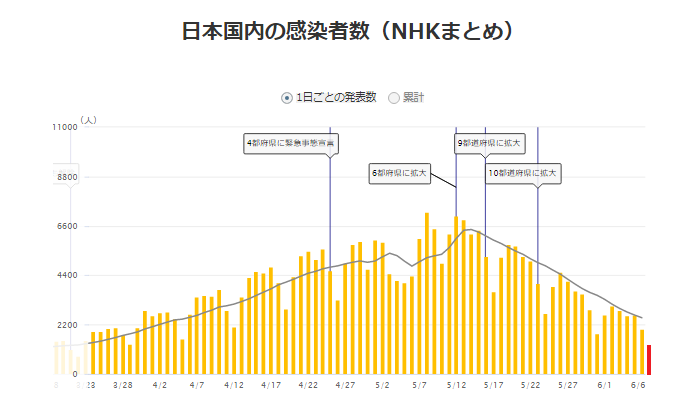 I didn’t have much news about the new coronavirus, so today I’d like to organize only the recent data that I’m a little worried about about Tokyo!

(*All data are graphed independently based on 東京都の感染症対策サイト！)

First of all, the number of infected people in Tokyo these days is like this … ↓ 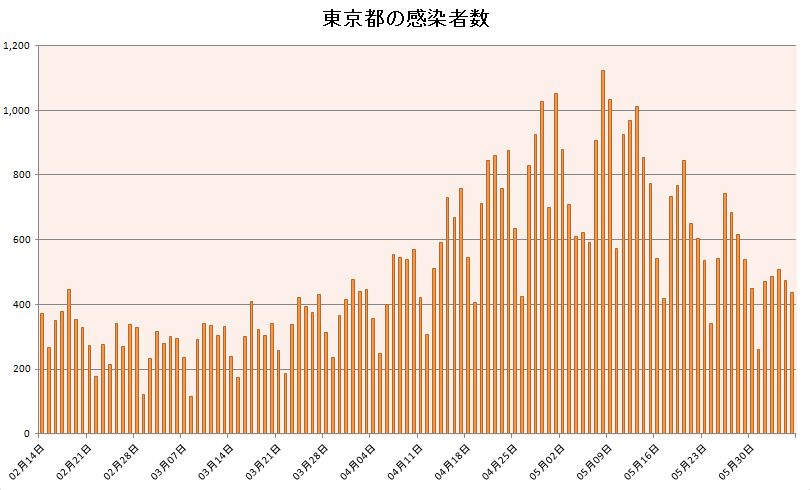 ↑This is shown on TV and the Internet every day, so you can imagine the shape even if you close your eyes, right?! (Lol)

There was only information and topics on the number of newly infected people every day, and unexpectedly there is not much data on it on major sites and TV, so I summarized it!

First of all, the daily increase and decrease in the number of people undergoing medical treatment in Tokyo was like this! ↓ 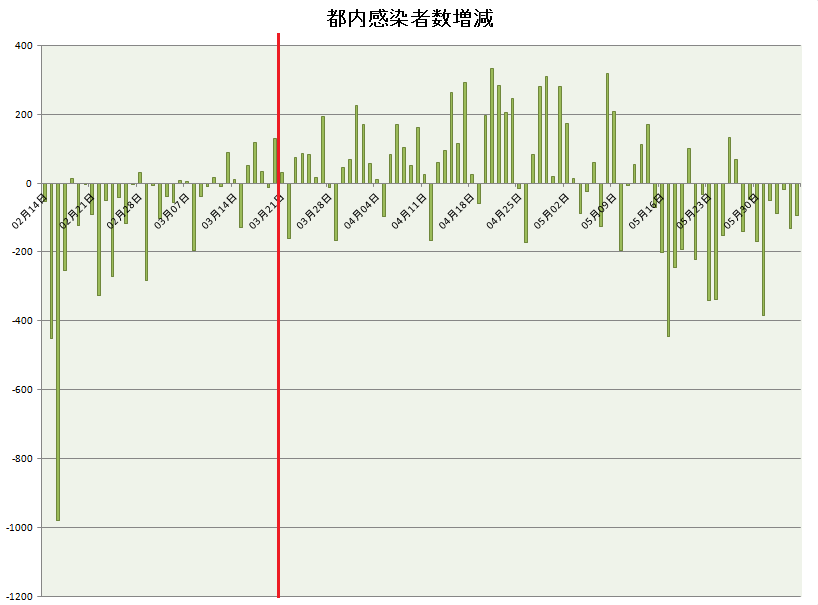 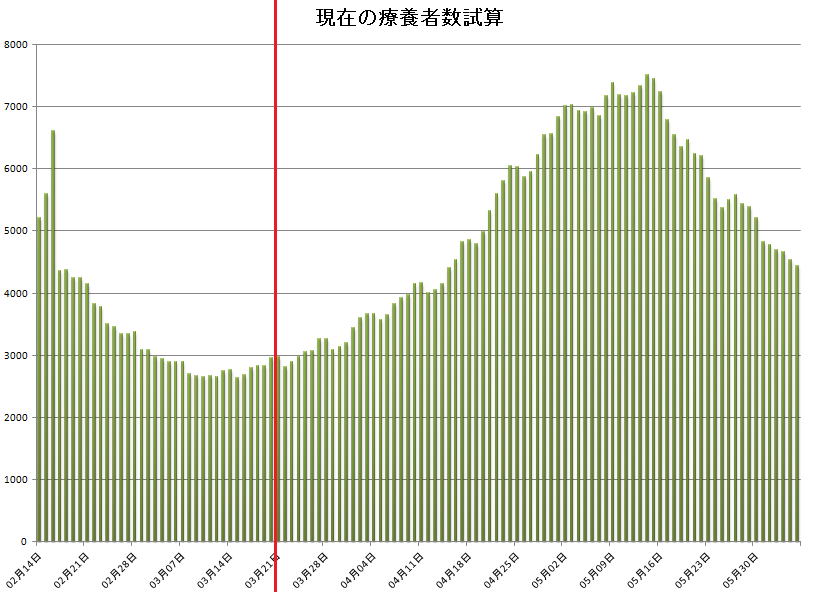 ↑It seems that the number of COVID-19 patients in Tokyo has increased to about 7,000 at MAX … 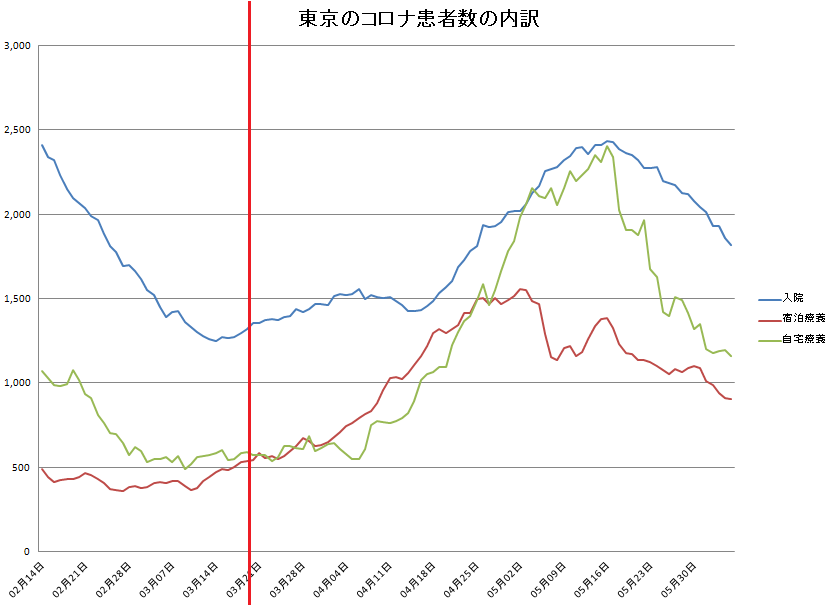 ↑After all, it seems that the number of home care recipients will increase especially as the number of infected people increases …

By the way, the number of accommodation facilities for COVID-19 patients in Tokyo is close to 5,000 rooms, but

considering that the number of people receiving medical treatment at private accommodations has increased to only about 1500 at MAX, Tokyo is really wasting money …

Today, I summarized “the infection situation and transition of the 4th wave of Tokyo” like that!

Looking at it again … I’m really glad that it exceeded the peak …!

I don’t want to see the “mountain” shape appearing in such a graph again!