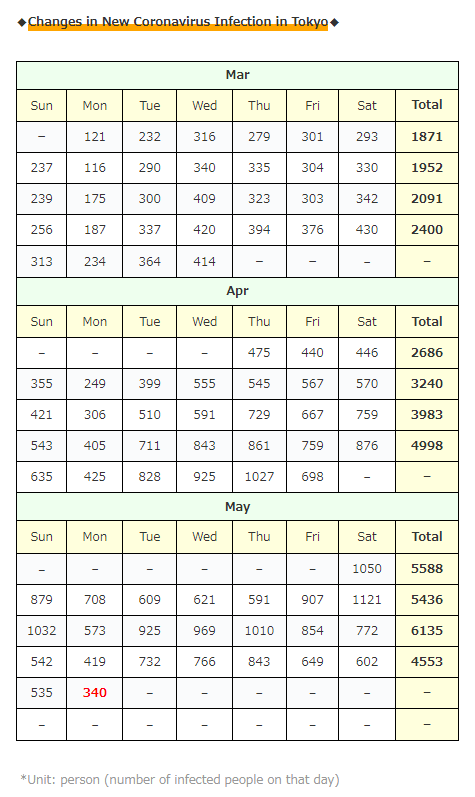 The number of newly infected people in Tokyo has remained at a lower level this week than last week!

However, it’s still more than the second wave peak (around 480 people) in August last year, so we can’t let our guard down … 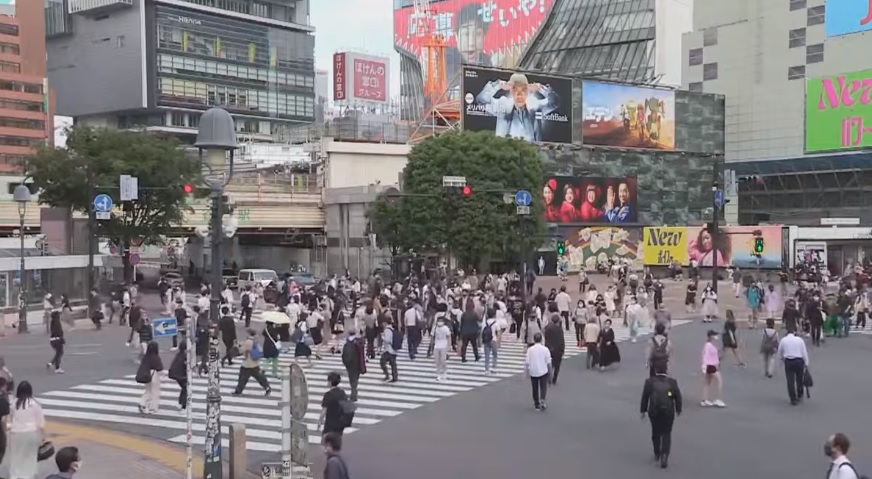 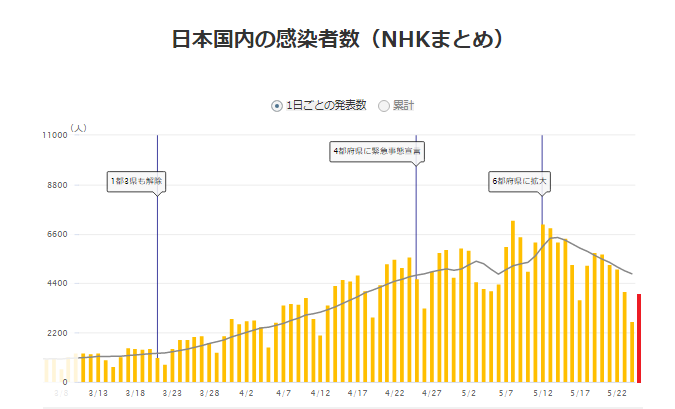 By the way, the large-scale vaccination venues in Osaka and Tokyo also successfully completed the first day yesterday, and today was the second day! 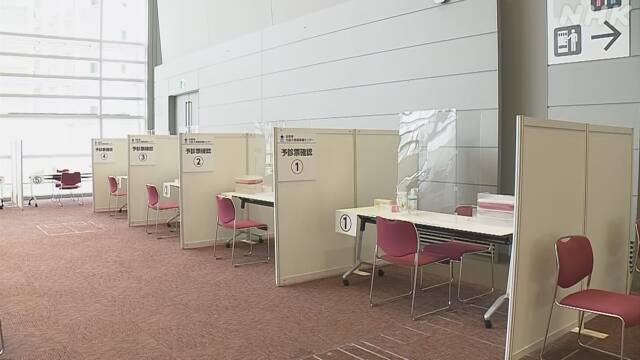 “Don’t waste the surplus vaccine, and anyone can be vaccinated at the discretion of the site.”

In that case, I think it’s okay to make a cancellation list for people nearby, including the general public, and people who can respond at any time!

And there seems to have been another impossible mistake regarding vaccines …

In Kobe city, the power plug of the cool box was unknowingly unplugged, so it seems that 215 vaccines were wasted …

This is really impossible, isn’t it? ??

(*”In Kobe City, 960 doses of COVID-19 vaccine are left at room temperature for up to 3 hours, so they are discarded.”)
(*”In Kobe city, there was a mistake in vaccination with an empty syringe. Apologies to women “)

There are so many vaccination-related mistakes that they are already wasting more than 1000 doses of vaccine.

With so many, I feel something is wrong….

By the way, it seems that the application for approval of the fourth vaccine has already been submitted in Japan!

However, like the AstraZeneca vaccine, this vaccine has been reported to have thrombosis as a side reaction, so it is still a little unknown how it will be treated.

Well, today’s end is the topic of Israel, the most vaccinated country in the world!

Well, first look at the infection situation in Israel! ↓ 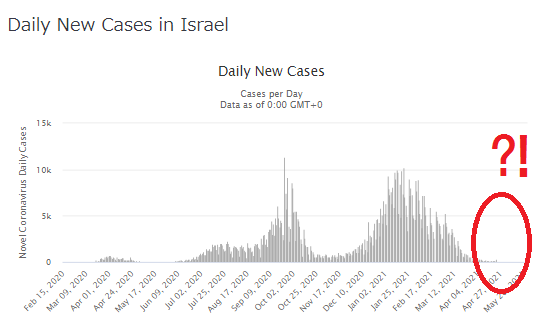 You were surprised to see it, right?!

That should be the case, for example, in Israel, the vaccination rate for people over 50 is currently reaching 92%.

Overall, it seems that it has already reached about 60% as of May 7th …!

This is the effect of the “vaccine”.

It seems that many people in Japan are showing rejection, but the results are as described above.

I hope the vaccine will spread throughout Japan as soon as possible!

By the way, there are some news that “I already knew” … (dry laugh)

“The government will decide this weekend to extend the state of emergency.”

“Extension of state of emergency is being adjusted by June 20”

As some of you may remember, a few days ago I wrote below. ↓

(From the summary article on Friday, May 22)

They seem to make a decision next weekend.

When the second state of emergency (from January to March of this year) was lifted, the government was not thinking about any measures after the lift, so the infection spread immediately after the lift.

To prevent that from happening this time, I would like them to cancel the state of emergency after COVID-19 is definitely at the level of ending!