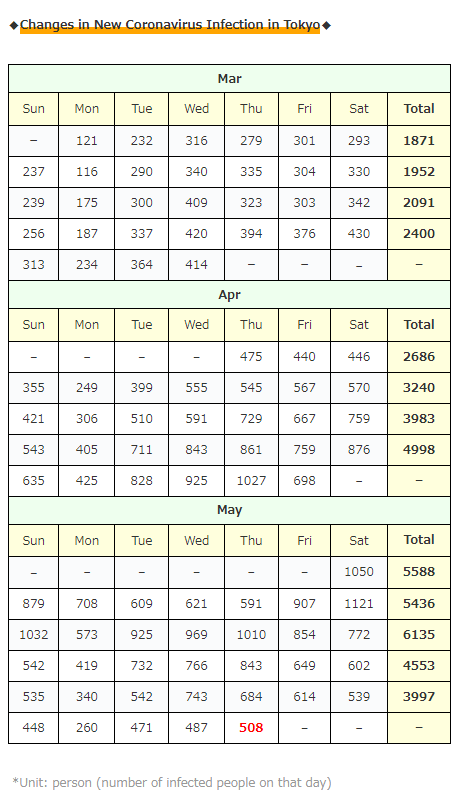 The number of new infections in Tokyo was still lower than on the same day of  last week!

I’m pretty worried that the number is still over 500, but it seems that the downward trend is continuing for the time being …! 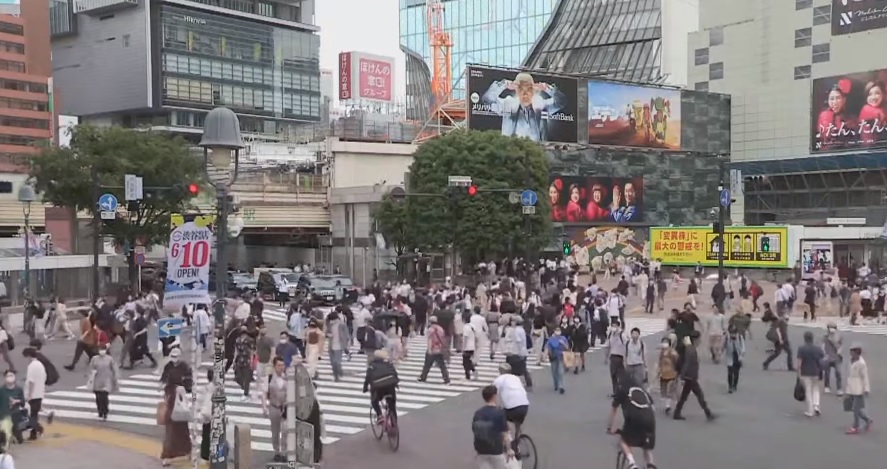 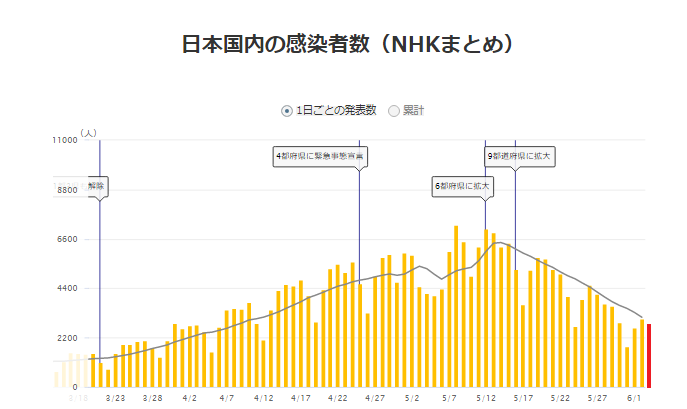 (Ichihara City, Chiba Prefecture) 100 doses of vaccine were disposed of because the refrigerator was out of power.

(Inzai City, Chiba Prefecture) Since the refrigerator was left open, 60 doses of vaccine were disposed of.

(Amagasaki City, Hyogo Prefecture) Six people have been vaccinated with the undiluted vaccine.

And there are so many mistakes of “refrigerator power out”,so it seems like something really intentional …!

And regarding vaccination, there has been a topic of mass vaccination in the workplace from the other day, but…

it seems that Taro Kono, Minister of State for Special Missions, (Minister in charge of vaccination in Japan) said as follows.
“I want to start with a company with more than 1000 people for the time being.”
“Get the vaccination completed twice at the same venue”

In addition, it is said that the government will pay the vaccination fee of 2070 yen, but the company will do the rest on its own, so I wonder if it will be borne by the company if venue fees are incurred …?

(*On the other hand, Chief Cabinet Secretary Kato says that the government will pay the full cost for vaccination at work. “)

I hope it doesn’t mean that only employees of large companies will be given priority vaccinations and others will be forced to compete for reservations …!

It seems that multiple large-scale vaccination venues will be set up in Tokyo after July!

Well … no matter how you think about it, it seems to be more efficient, so it’s natural, but I’m so happy just because they do the obvious things! lol

It seems that a leave order has been issued to the three restaurants that serve sake without responding to the leave request.

Public opinion is strange, and when I look at the comment section of major sites and SNS, most of the voices are as follows.

“Because the government doesn’t pay the cooperation money properly, restaurants should do business more and more!”

However…, I’m the only one who thinks, “Hmm …? It’s different from “opening a business” and “serving sake”, right?” ?

Of course, the worst is the government and local governments that do not pay the cooperation fee with a fixed deadline, but public opinion is also crazy, right?

And although there is often news that the local government has issued an “order”, I’m wondering what happened after that because I haven’t looked for any response after that!

It seems that Chairman Omi of the government subcommittee said as follows.

As a matter of course, as an infectious disease expert, it seems that he think that “the Olympics (a large-scale event) cannot be held at this time!” …

The government, or even globally, is vaccination of athletes and related parties, and with the torch relay and venue maintenance, it seems unlikely that it will be canceled anymore…

Therefore, if possible, the players will do their best,
and I wants the government to thoroughly control the infection by holding non-audience events, prohibiting group watching, public view, and izakaya infections.

The government should try to make a law about that?!

It seems that the number of deaths due to the new coronavirus (COVID-19) has decreased to 0 in the UK since July last year …!

It seems that the vaccination rate in the UK is now up to 58%!

However, at present, “there is growing concern about the spread of infection by Indian variants” …

I thought, “Hmm … the UK is still in the difficult situation…”, then I looked at the infection situation in the UK … ↓ 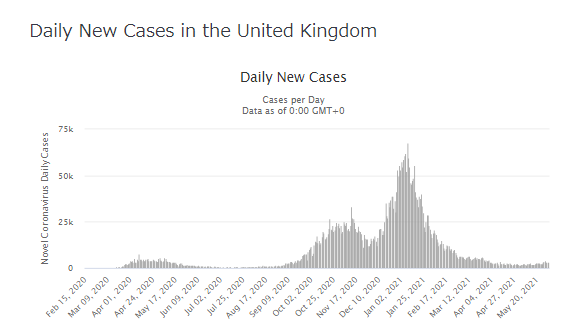