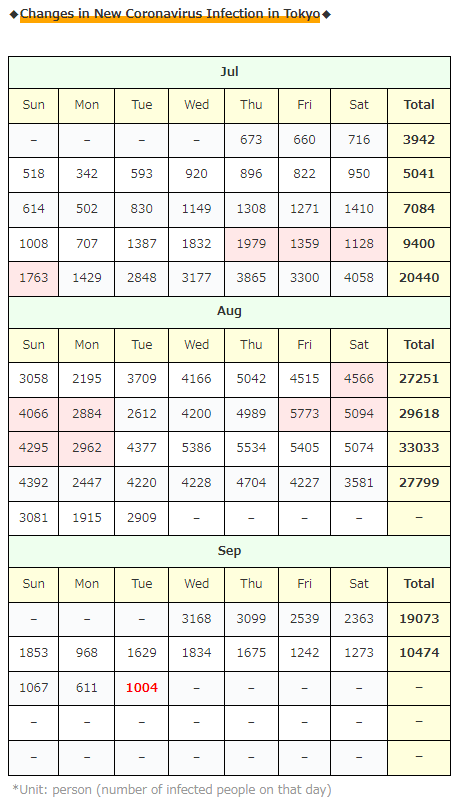 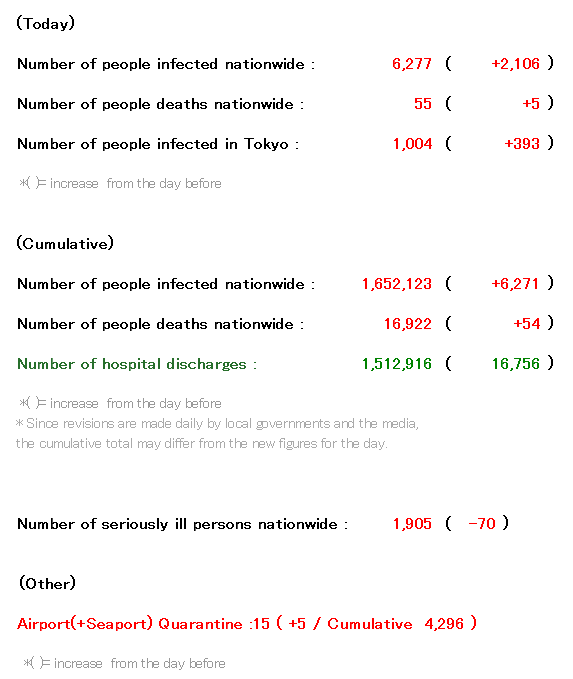 The number of infected people in Tokyo is still lower than last week!

Last week there were about 1600 people, and today there are 1000 people, so it feels like the number has decreased by nearly 600! 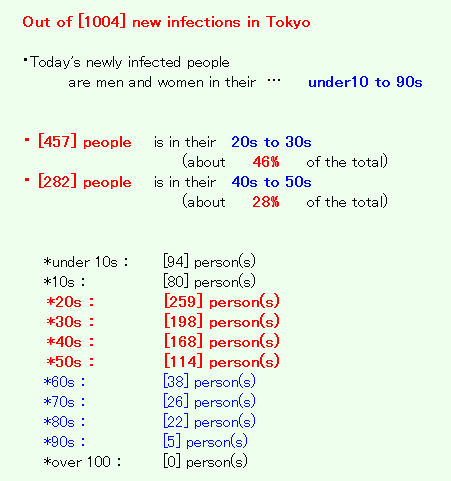 ・It seems that 2 out of 14 people whose deaths were announced today had completed vaccination twice. 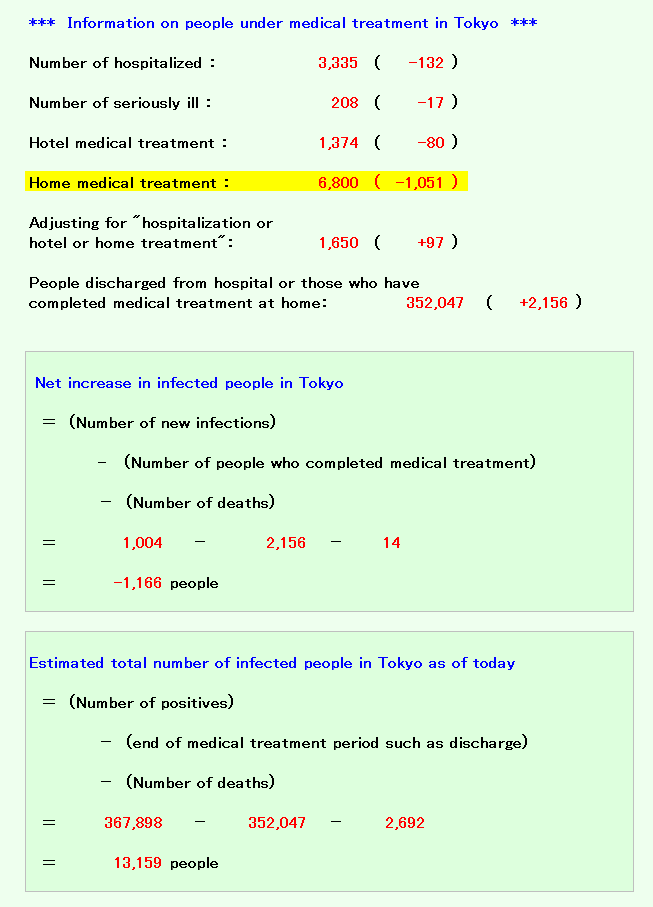 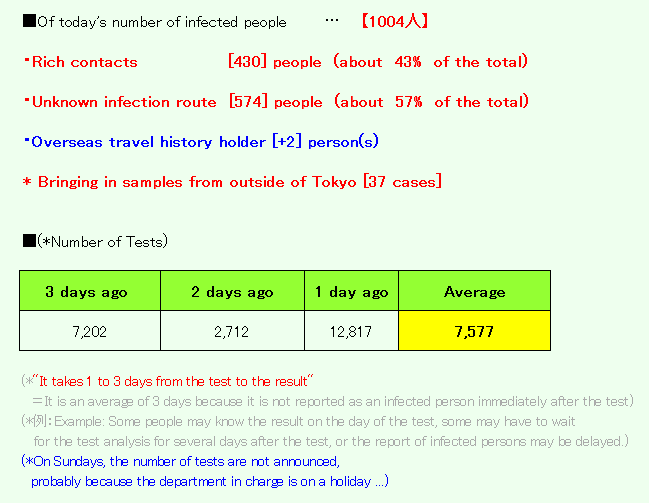 Seven asymptomatic pathogen carriers were reported by quarantine among passengers arriving at the airport from overseas.

Four patients with the new coronavirus and four asymptomatic pathogen carriers were reported by quarantine on a vessel arriving at a seaport from overseas. 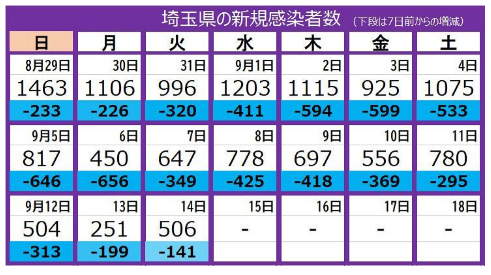 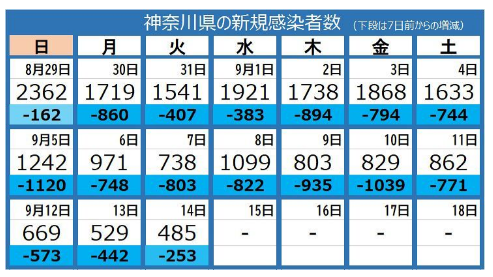 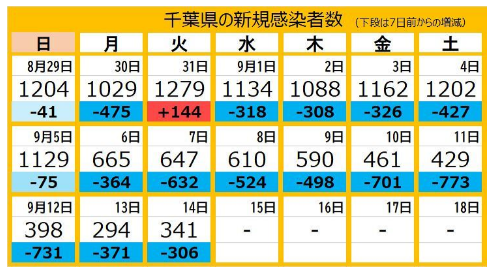 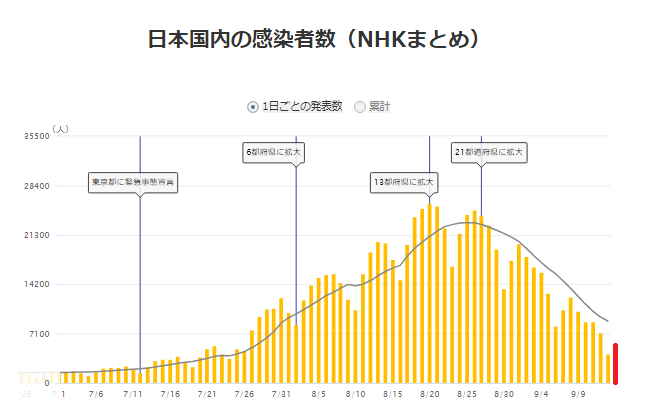 By the way, I completely forgot … but the state of emergency was extended from September 13th yesterday …! (dry laugh)

But … it’s possible that the spread of the infection would have been ridiculous without a state of emergency … so, it’s a “Schrödinger’s cat” … lol 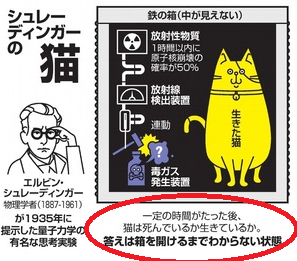 And there was some surprising news …

Of the corpses handled by police across the country in August, 250 were infected with the new coronavirus …

And there was such news about vaccines! ↓

The Ministry of Health, Labor and Welfare will newly pay 37 women aged 21-87 to treat adverse reactions from vaccination!

Regarding this, it seems that the Ministry of Health, Labor and Welfare has also set up a specialized subcommittee so that medical expenses can be paid promptly!

By the way, regarding the vaccine …

The other day, “foreign matter contamination in the Moderna vaccine” became a big problem, but it seems that a foreign matter was found in Pfizer’s vaccine container this time in Kamakura City, Kanagawa Prefecture … 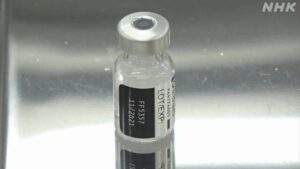 I’m really curious about the survey results, but it seems that Pfizer will analyze it!

And the last topic is about the Japanese economy …!

Even during the state of emergency, if there are so many people in the city, the economy will improve …!

Business is good ← Good news
It’s supposed to be … but it’s a wonder that I can’t be honestly pleased! (dry laugh)

↓In addition, there was such an article! ↓

By the way, regarding the vaccination status in Japan,

it seems that the number of people who have completed vaccination twice has finally exceeded half of the total population! (50.9%)

It is said that about 64 million people have completed both times, but since there are about 36 million elderly people aged 65 and over, it will be 28 million people other than the elderly (≒ working generation)! 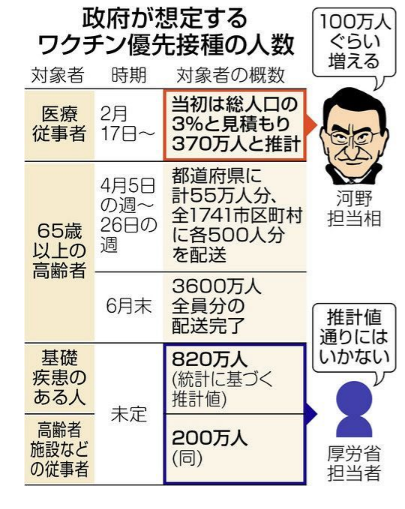 The population of the working generation in Japan is about 68.3 million,
(about 63 million excluding about 5 million medical workers?)
so, considering that only 23 million out of 68.3 million people have been vaccinated twice, it seems that it will take a little longer.
(*WorkxIT)

It’s a rough calculation (dry laugh),but
even if I roughly calculate it, only one in three people in the city has completely completed vaccination …
It seems that we still need a mask when you go out …