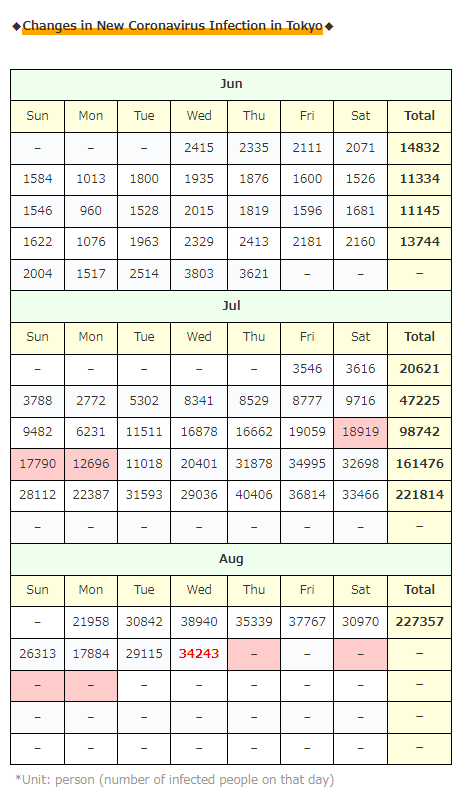 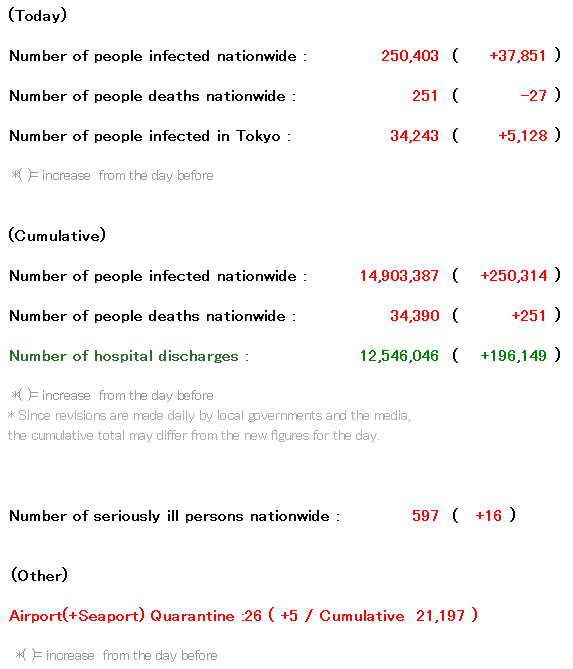 The number of infected people in Tokyo is…
Well, it’s almost the Obon holiday from tomorrow, but what will happen…

In any case, the government will not do anything and we can only pray, so I hope everything will be calm as usual. 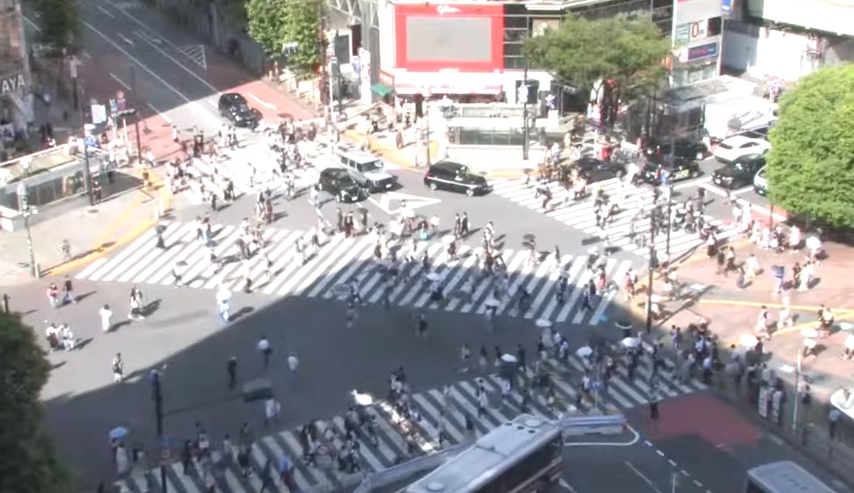 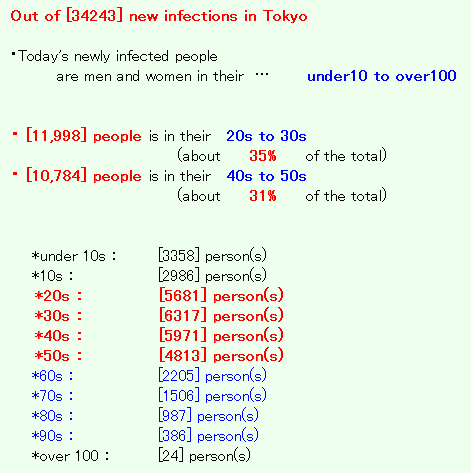 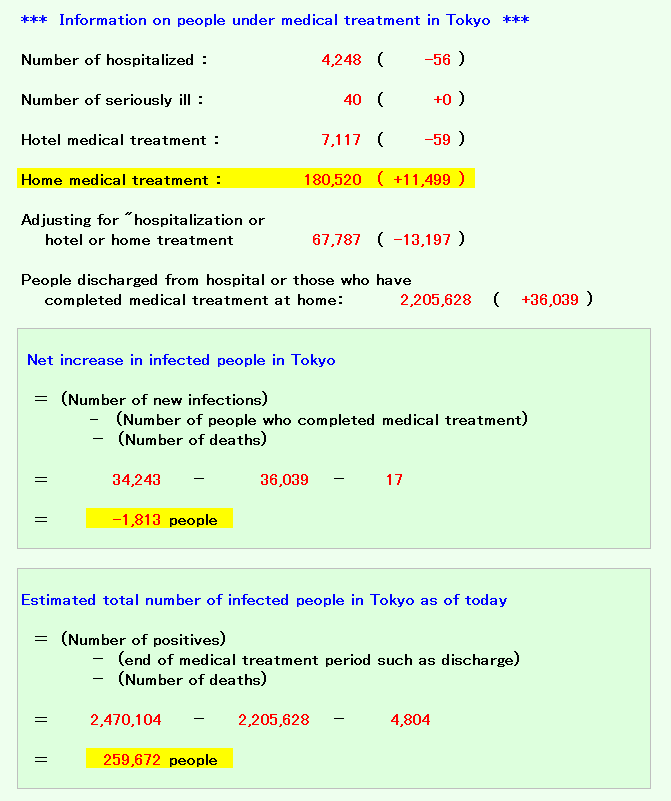 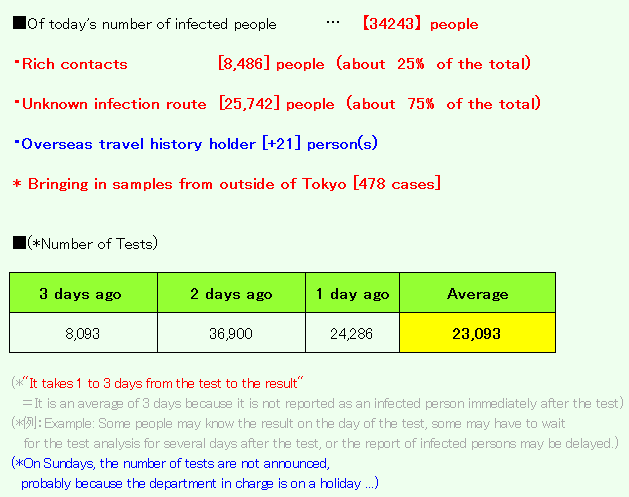 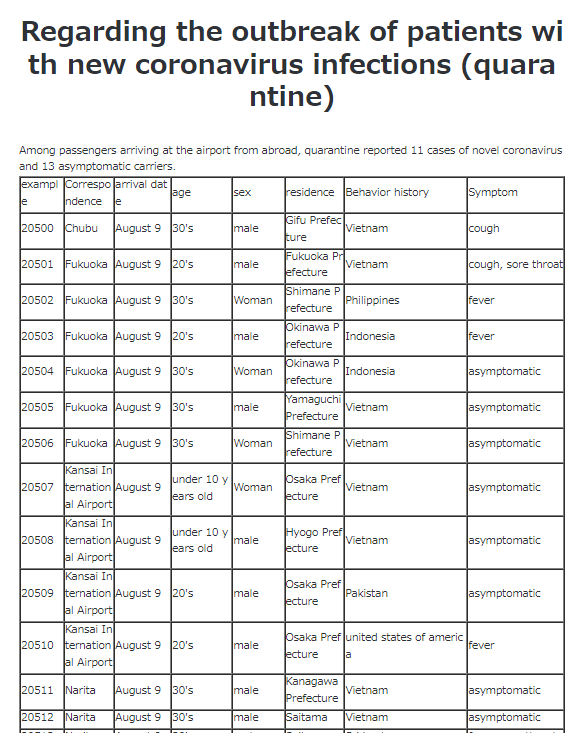 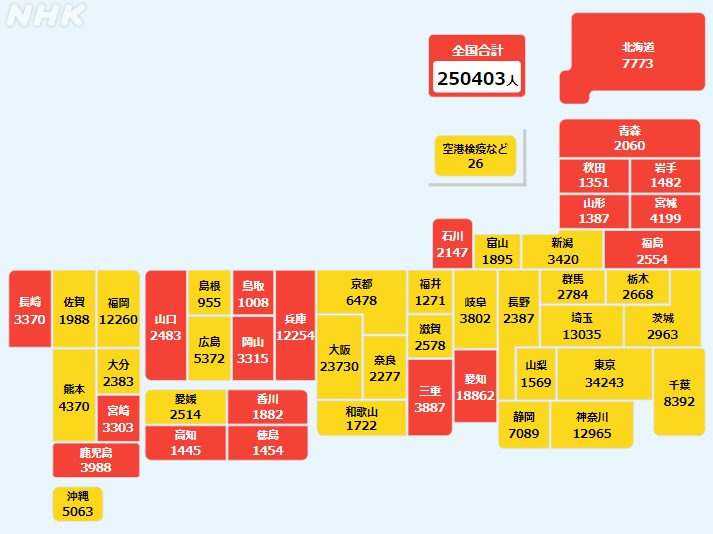 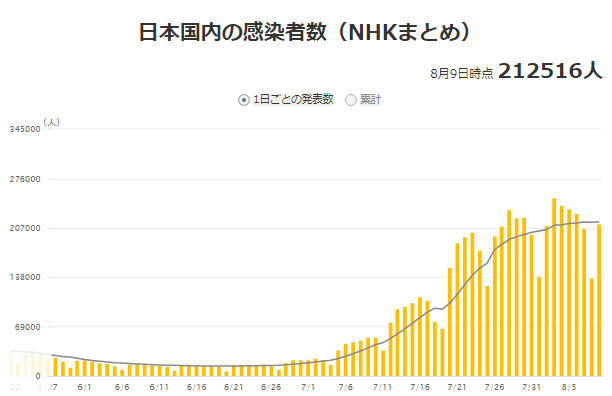 I would like to summarize some of the infection status in Tokyo before the consecutive holidays!

First of all, the “test positive rate” at the end of last week ↓ 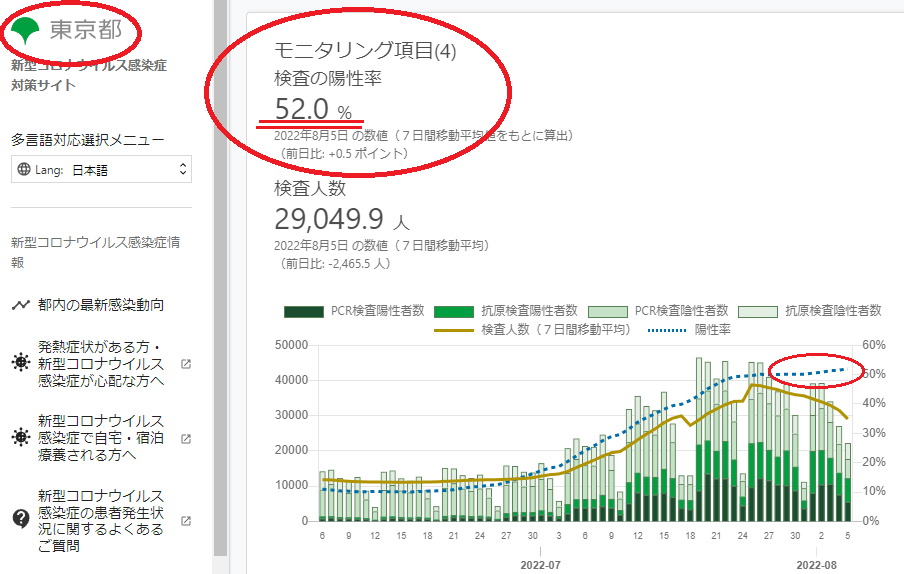 As those who know already know, the positive test rate in Tokyo has been over 50% for more than half a month…

1 in 2 people tested is infected.

And this can be said to be “only those who are clearly suspected of being infected can be tested”, so it’s like… “how many times the actual number of infected people is now?

Next is the number of severe cases by age in Tokyo ↓ 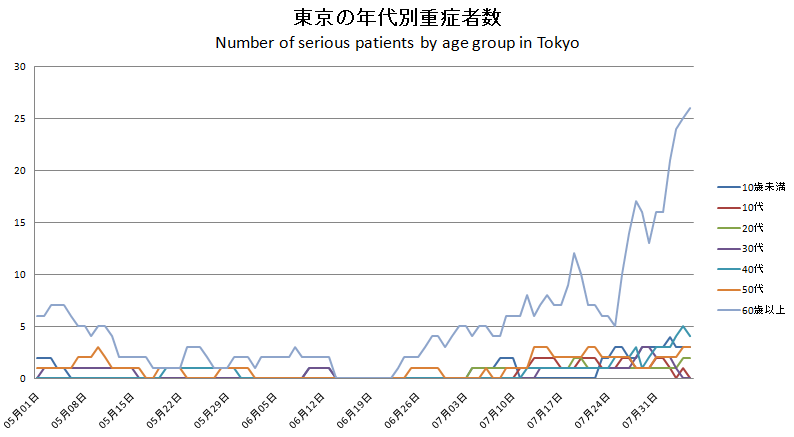 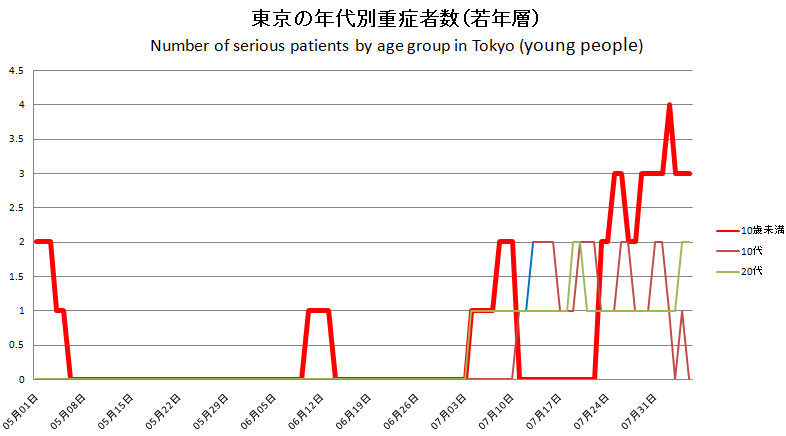 ↑You can see that the number of serious cases of children under the age of 10 is increasing.
Yes, just because you’re a “little kid” doesn’t mean you’re safe. 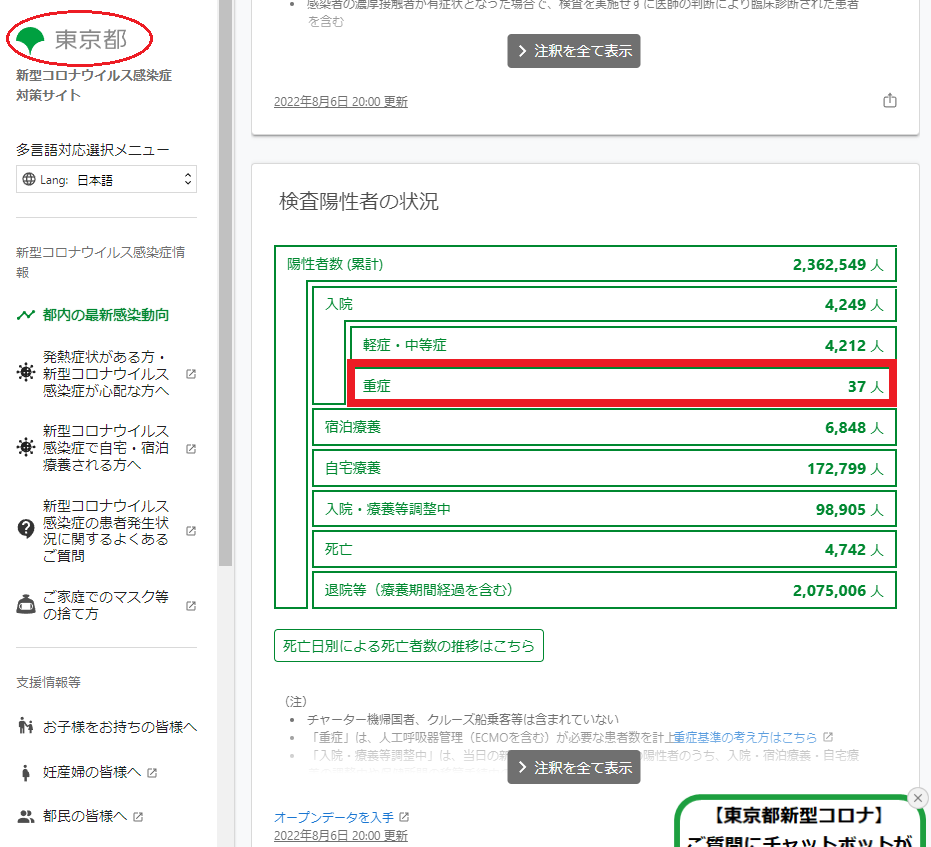 Actually, it is like this when it is a “the standard set by the Japanese government” ↓ 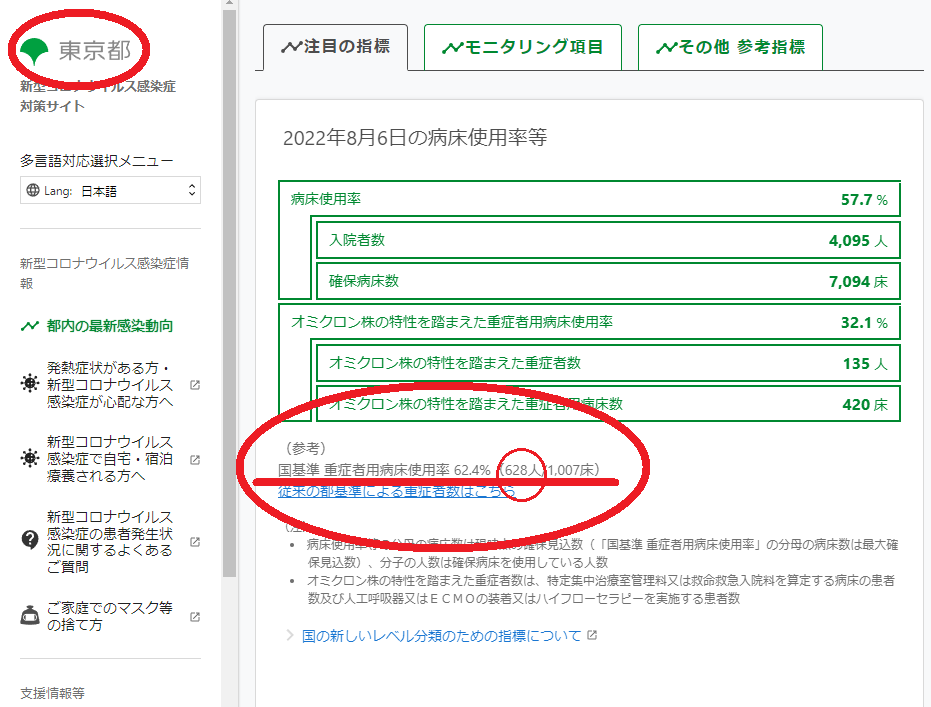 …That’s right, “37 people” is a lie, but in reality there are more than 600 seriously ill people…

A characteristic of this wave is that people of all ages can become seriously ill, so please be careful if you are going out or traveling during the Obon period…!