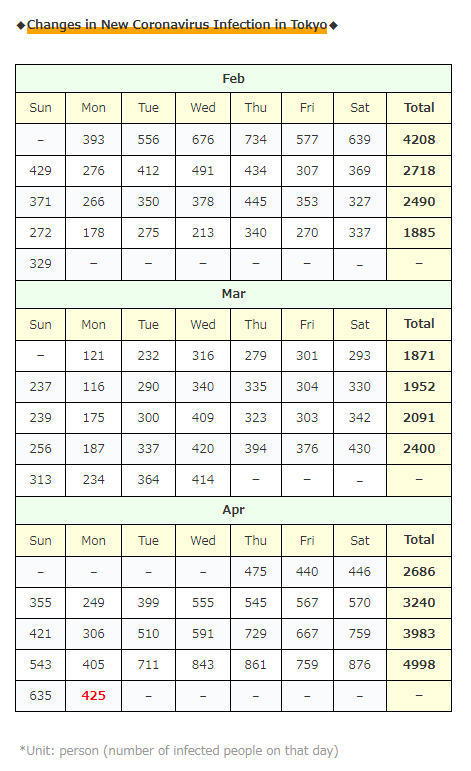 The number of new infections in Tokyo has been about the same as last week on the same day of the week.

However, the number of infected people has been higher than the same day of last week for more than a month … 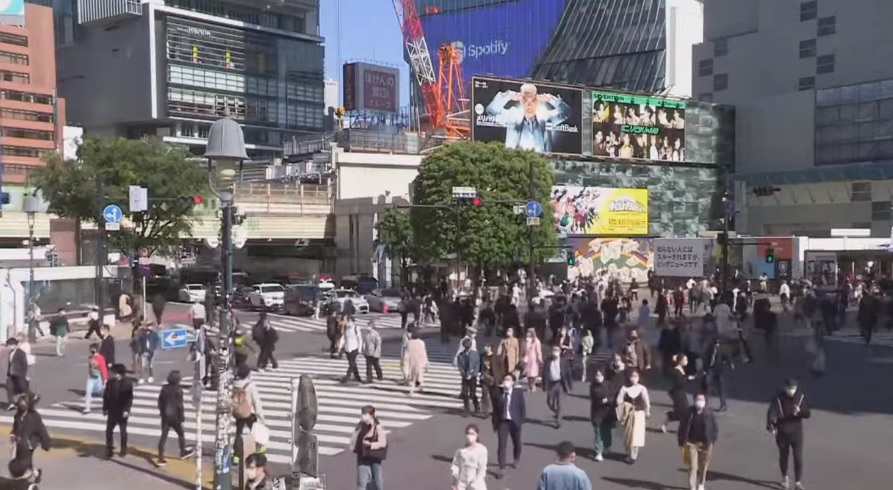 * Bringing in samples from outside of Tokyo [31 cases]

*More than Tokyo for 28 consecutive days

*It seems that a new cluster has been occurred below.
(details unknown)
・Children’s chorus in Kurume City
・Medical institution in Omuta City 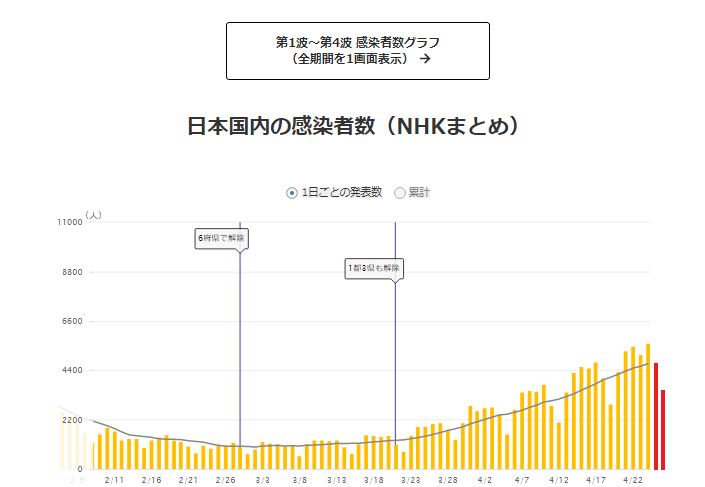 (*Today, NHK data is corrupted and could not be obtained,
so for the time being it is displayed by hand for two consecutive days …)

Yesterday was the first day of the state of emergency, but the number of people in the city wasn’t declining (as expected?) … (dry laugh) 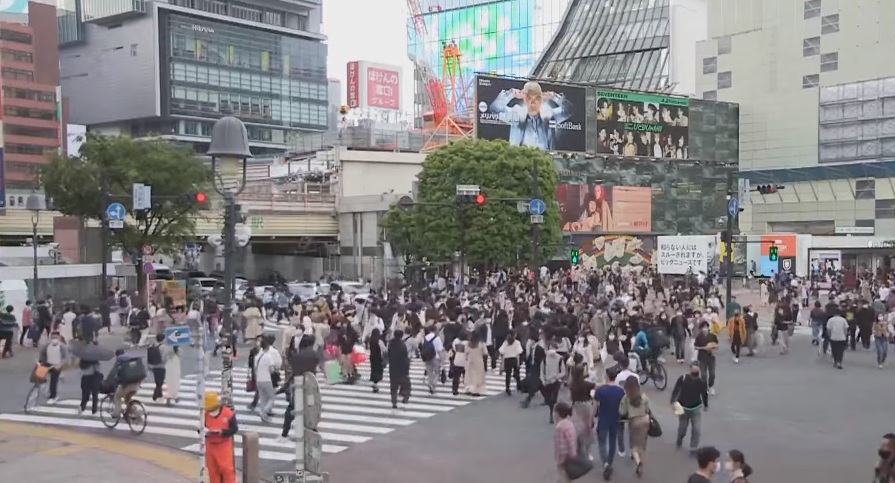 Unfortunately, when I look at SNS and the voices of the city, there are many people (mainly young people) who say “I don’t want to hear the government’s call anymore”, so it may be that such a scene continues as in the case of the second state of emergency …

Nishimura Minister for Economic Revitalization
“Remembering the state of emergency last spring, I would like to ask for a more thorough stay home than that time.”
(*西村経済再生相「去年春の宣言以上に徹底したステイホームを」 – NHK)

However, there are the following possibilities, so I can’t say anything about it.

If they really want to reduce the number of people in the city, they have to “restrict going out” instead of “requesting to refrain from going out”, or it seems that those who are currently playing outside will not follow the call …!

(Restriction on going out = Forcibly restricting going out, which is done by foreign countries)
(Example: Measures to prohibit movement over a radius of 100 m from home)

However, it seems that the calling side (government or local government) is also playing around, as same as like the crowds in the city …

Currently, the most infected area in Japan, Osaka has far more infected people than Tokyo, but it is said that more than 1000 out of 20,000 city officials had a drinking party between “5 or more” or “after 9 pm” from March 1st to April 4th …!

If the calling side is like this, the citizens who are called will not want to hear it either …

It seems that the bed usage rate for COVID-19 patients has already exceeded 100% in Osaka,

but as of April 25, yesterday, the bed usage rate has already exceeded 100% in Okinawa …!

Recently, the number of infected people in Okinawa has been around 100, but it seems that the situation is more difficult than I imagined …

Globally, the number of vaccinations seems to have exceeded 1 billion (more than 500 million people),

but both globally and in Japan, the infection situation is still going to be extremely widespread = the highest ever (the worst ever) …!

↓Pay attention to the shape of the graph↓ 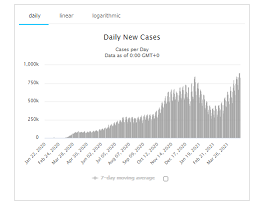 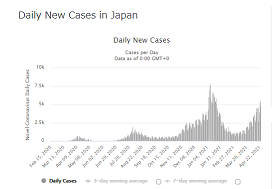 The state of emergency in Japan is … will it be effective? !!

In connection with that, it seems that such an attempt is being made at Hotel New Otani in Tokyo!

It seems that the room service menu will be expanded only at this time, and you can enjoy 120 kinds of dishes and 300 kinds of alcohol in the guest rooms! 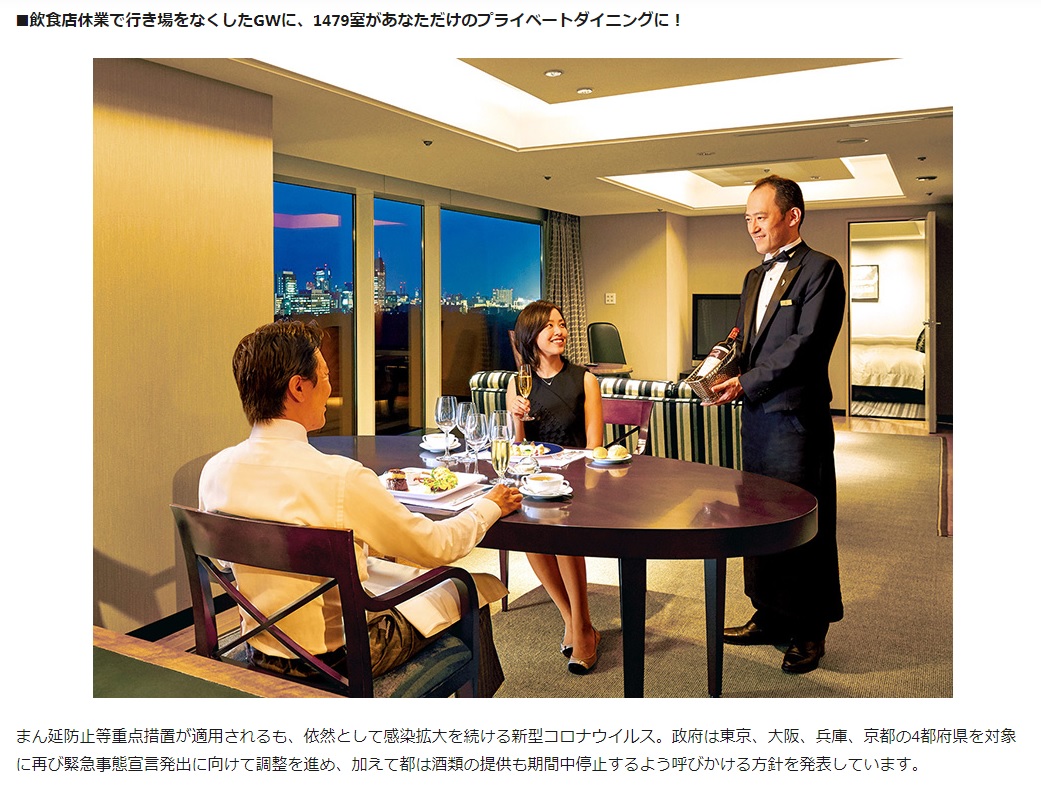 This time, it’s not like “using the guest room as a private room in the restaurant”, but it seems to be “room service for guests”! 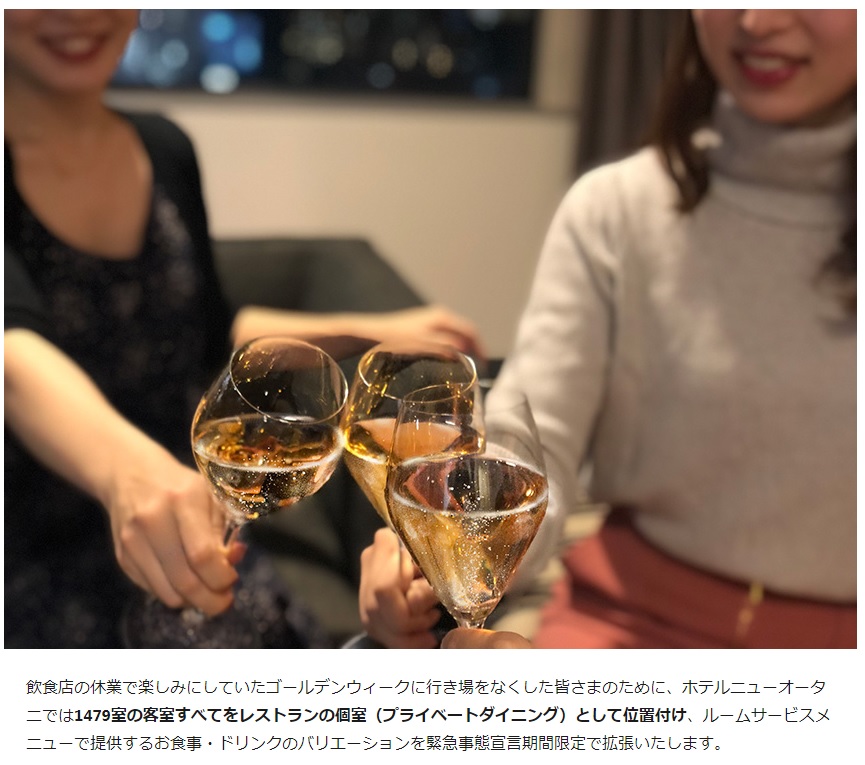 With this, you don’t have to go out after meals, and you can enjoy alcohol and meals in a private space in an almost completely safe situation (as a countermeasure against infectious diseases)! 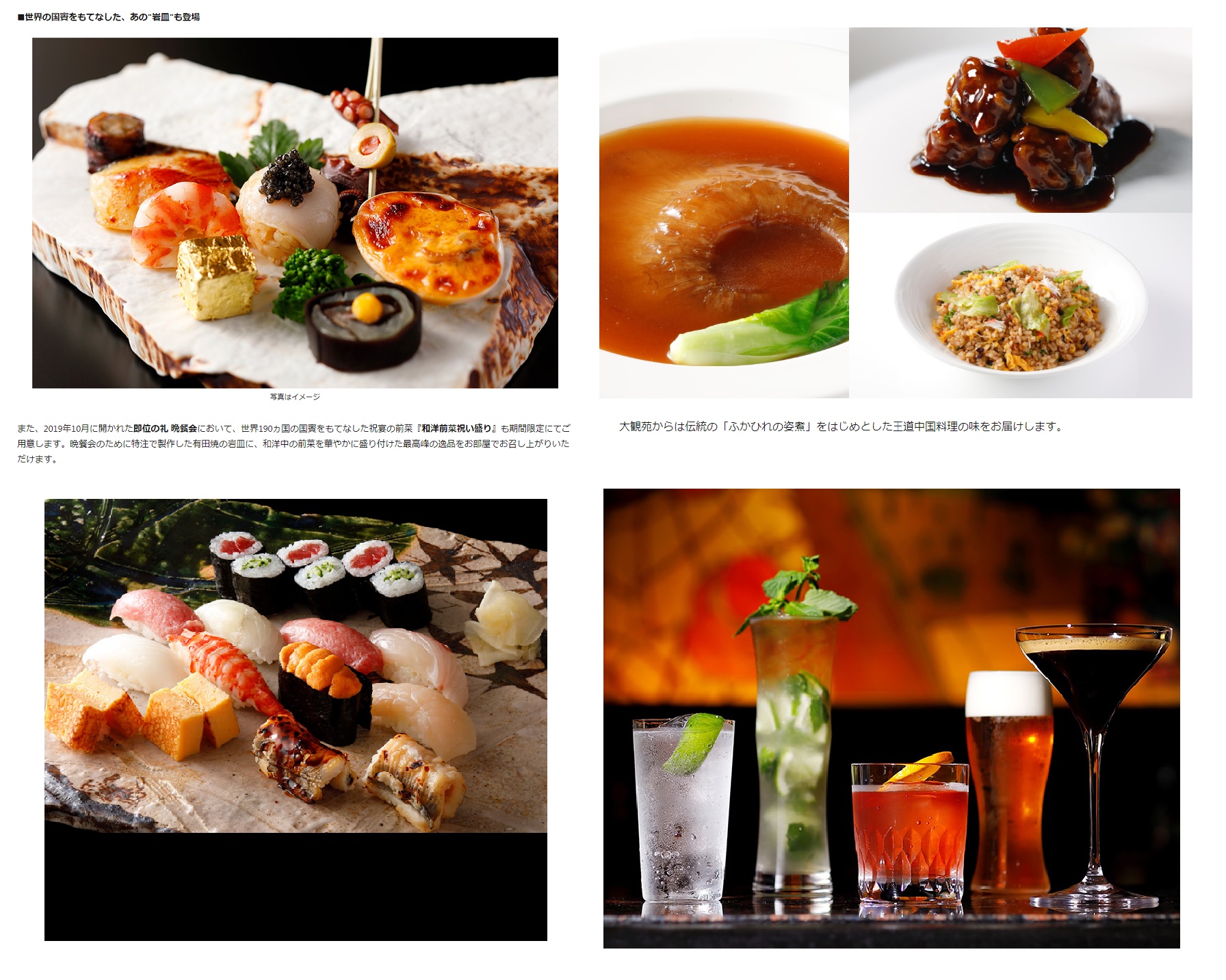