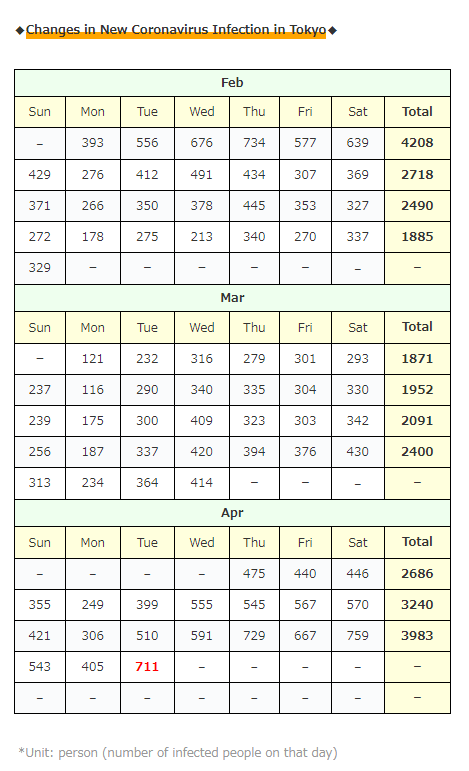 It seems that there were clusters (more than 60 people), but even so, it’s too scary to think about how many people will be muximum this week… 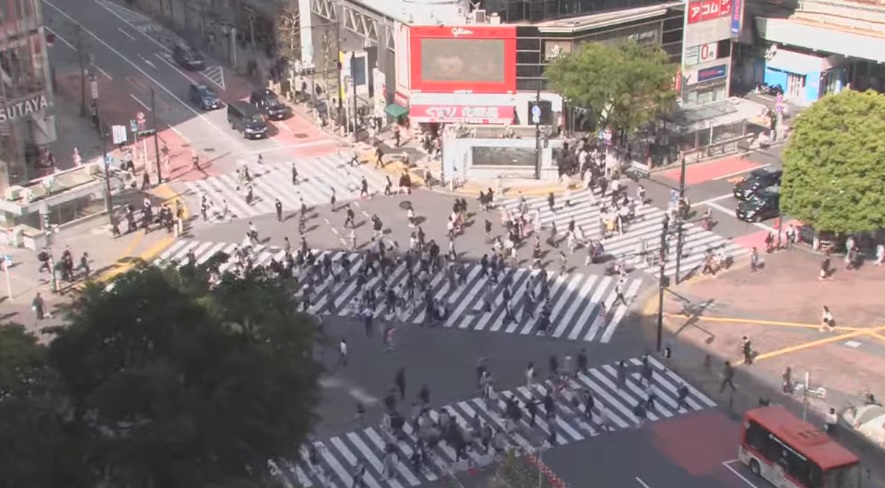 *More than Tokyo for 22 consecutive days 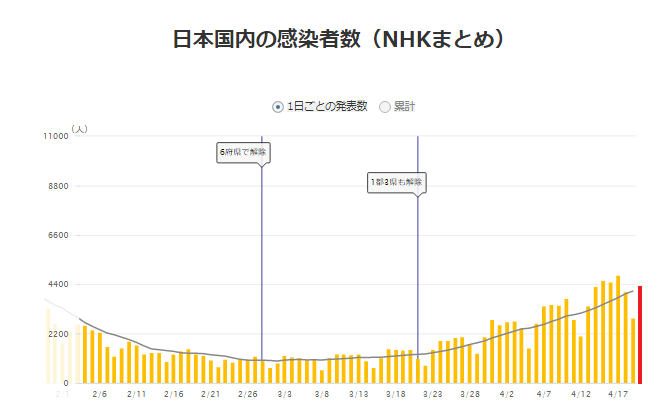 Since there was a topic about the “state of emergency in Osaka” yesterday, it became clear that it is also being considered in Tokyo and Hyogo …!
(*兵庫 井戸知事“感染拡大で宣言要請検討” 21日最終方針決定へ – NHK)
(*東京都も緊急事態宣言を要請へ 早ければ22日にも – livedoorNEWS)
(*大阪 吉村知事「緊急事態宣言」国に発出要請する考え示す – NHK)

Osaka is finalized on the 20th today

Hyogo will be finalized on the 21st tomorrow

The situation is likely to change rapidly this week …!

(As is the case today) I have a feeling that the transition of the situation will not be in time for the summary of the day, so I will summarize it firmly even the next day!

* Breaking news, on the 20th (today’s night), Osaka Prefecture has decided to request the government to issue a state of emergency …!

By the way, the governors of the area near Tokyo are thinking that…

Governor Kumagai of Chiba
“First, we will focus on measures to prevent spread.”

Governor Kuroiwa of Kanagawa
“First of all, we will do our best to implement priority measures”

But that “priority measure” … failed in Osaka …

However, Chiba, Kanagawa, and Saitama may be successful because they started “priority measures such as prevention of spread” before the infection spread as much as Tokyo and Osaka?!

By the way, the number of people in the city on the previous Sunday (18th) in the area where the “Priority Measures for Prevention of Spread” is applied is as follows. 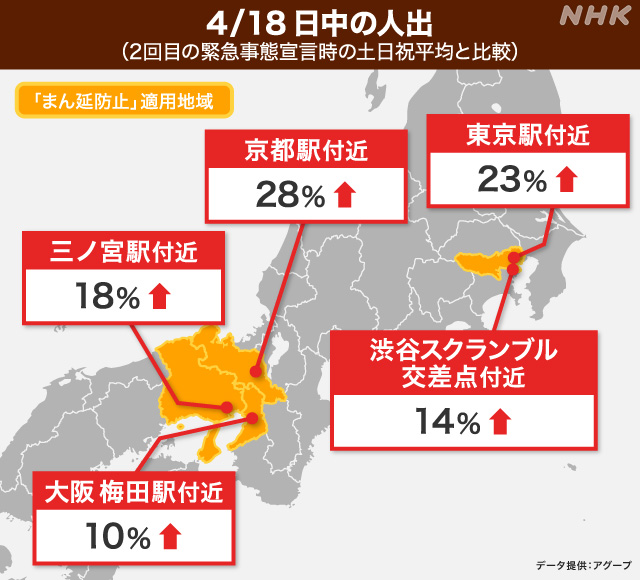 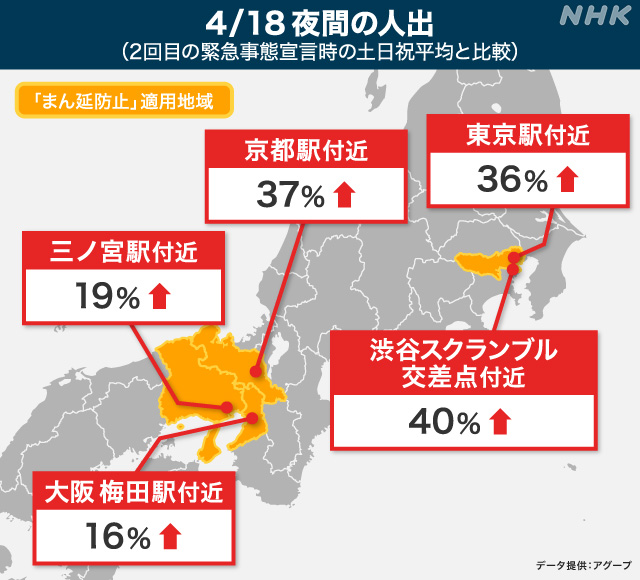 ↑ Regardless of the “spread prevention measures”, the climate is getting warmer and the number of people in the city is increasing …

Also there is such data, but 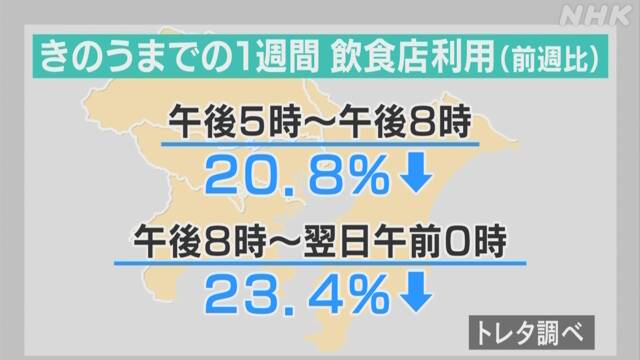 The company surveyed seems to analyze that “the application of priority measures such as prevention of spread has an effect”, but no matter how you think about it, the reason seems that the season of the entrance / admission party has only calmed down once.…?!

(The day when the state of emergency is lifted has bottomed out, and it seems that it is increasing cleanly from there)) 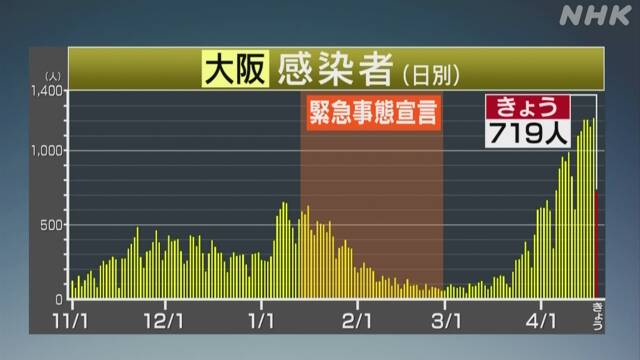 (Tokyo is drawing a similar shape) 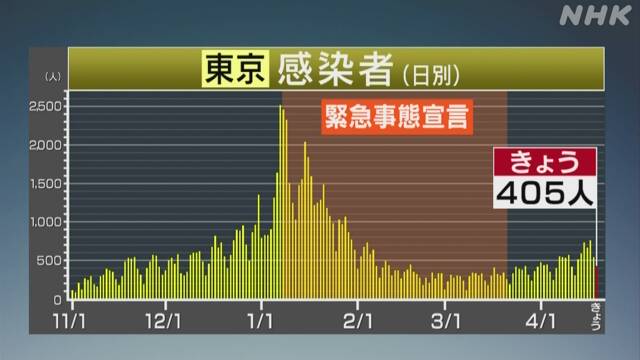 Pay attention to this week’s movement …!

Actually, I have always had the following questions.

“Maybe they need to be vaccinated before all general public is vaccinated …?”

However, there was news yesterday that would answer that!

According to Pfizer CEO Bula, “you need to get a third vaccination between six months and a year”!

Roughly speaking, you only have to do it once within a year …!

I was wondering if we had to vaccinate twice again …

And he said “After that, it’s probably once a year!”

The current infection situation in Japan is devastating, but the future is gradually being drawn …!

I hope we have a little more patience!