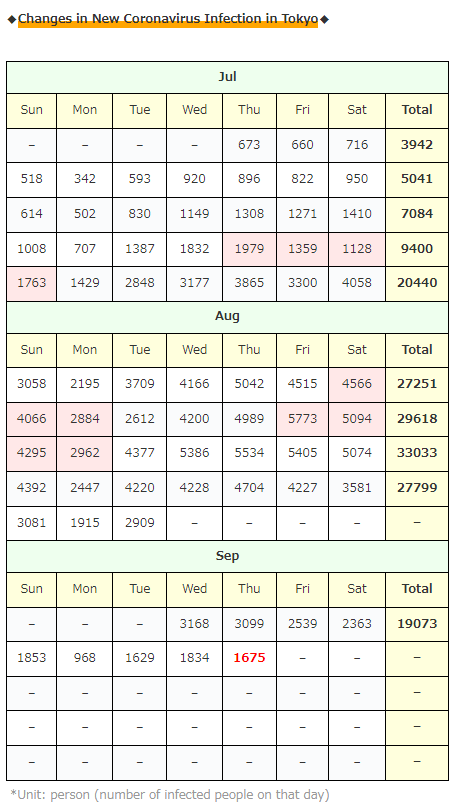 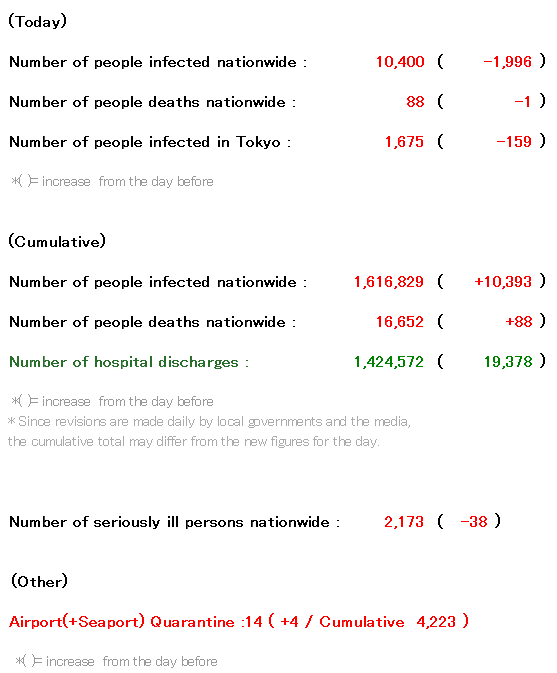 The number of infected people in Tokyo has decreased by more than 1000 from the same day of last week!

Today is about half of last week …!
I’d like to expect how much it will decrease …! 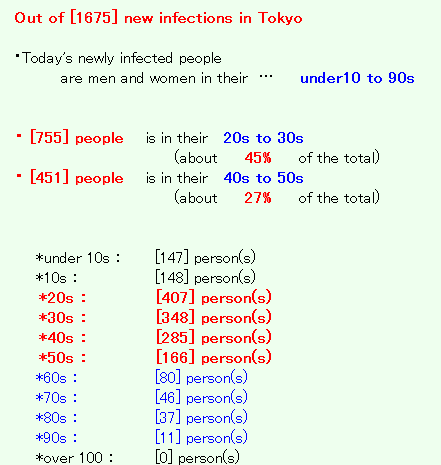 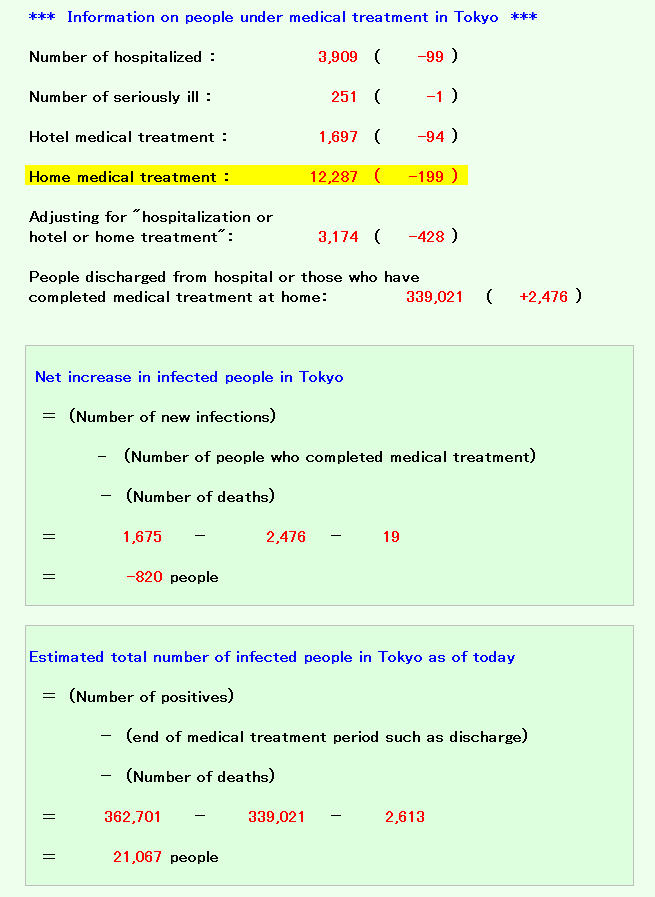 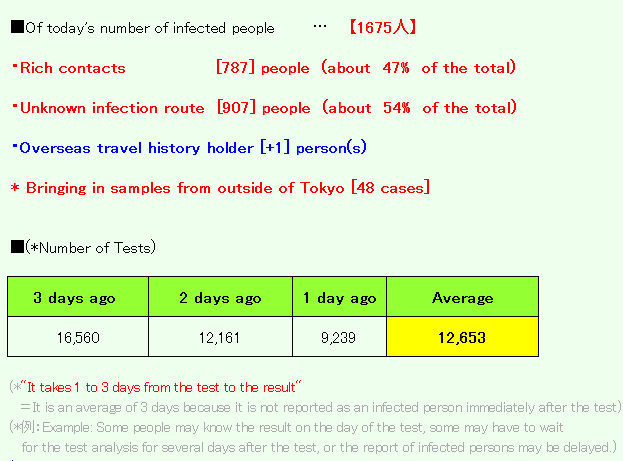 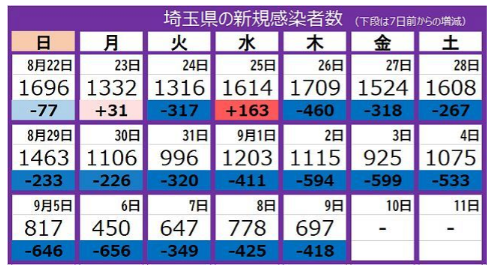 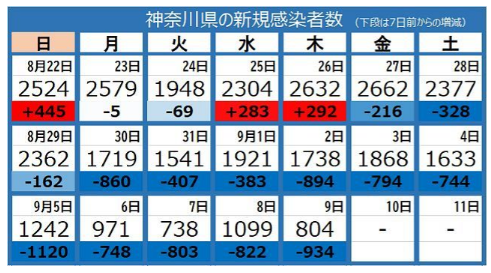 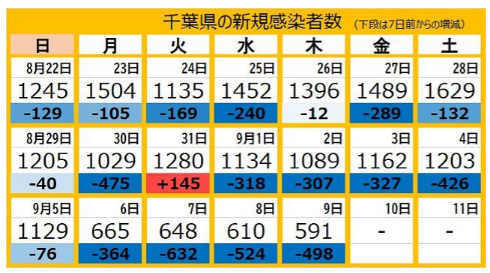 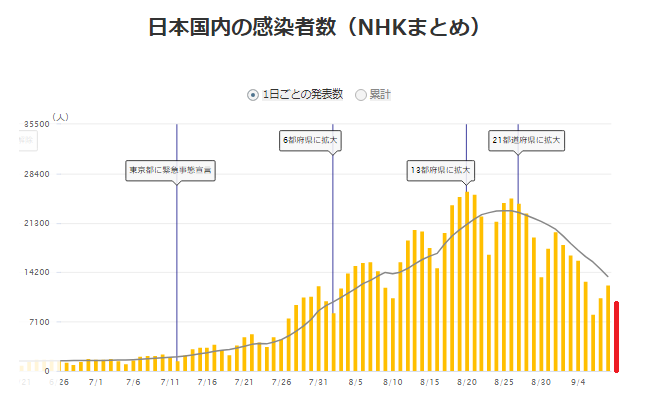 It seems that new remedies will come out again!

It seems to be a remedy developed by a major British pharmaceutical company such as “GlaxoSmithKline”!

In overseas clinical trials, it seems to be effective in reducing the risk of hospitalization and death by 79%!

And at the large-scale vaccination site of the Tokyo Metropolitan Government, the doctor made a selfish decision again!

A medical worker who came to the second vaccination said, “I had an anaphylactic shock at the first vaccination of Pfizer, so my family doctor recommended AstraZeneca.”
Because of such an offer, the doctor gave him a different AstraZeneca vaccine than the first Pfizer …

I don’t know “which is medically correct” because I’m not a specialist, but at present it is not recognized in Japan due to “safety” issues.

Even so, the venue of the Tokyo Metropolitan Government Building is all they want to do, such as vaccination for the third time without permission …

Since it is a “venue for medical professionals”, is it a venue dedicated to great people who have been selected?

It seems that the financial resources of the employment adjustment subsidy are likely to run out due to the prolonged COVID-19.

As you may already know, for the first time in Japan, a teenager died of COVID-19 …

There was an underlying illness, and there were multiple risk factors for aggravation …
In addition, it seems that he was not vaccinated.

And the government seems to want to relax the regulations anymore!

As recommended by Keidanren yesterday, the government seems to be planning to shorten the waiting period for immigrants from 14 days to 10 days …

By the way, isn’t it related to that …

It seems that a music festival will be held again …
This time “Super Sonic”. It seems that even overseas artists have been invited.

↑… I searched for the source for this, but it seems that there are no announcements from the government or reports of special measures other than the declaration by the organizer Creativeman.

…Does anyone know the sauce…?
Or is the creative man doing it on their own …?

And today’s main, it seems that the state of emergency will be extended in most areas after all …!

↑Decided to extend the state of emergency except Miyagi and Okayama

Moreover, the restrictions will be relaxed even in the declared area!

①For restaurants that receive OK from the local government, sake is OK + business hours can be extended + the number of people is relaxed

By the way, there was a proposal from the government subcommittee, but the “criteria for canceling the state of emergency” have changed after all …!

(others)
・The number of newly infected people has been decreasing for 2 consecutive weeks. 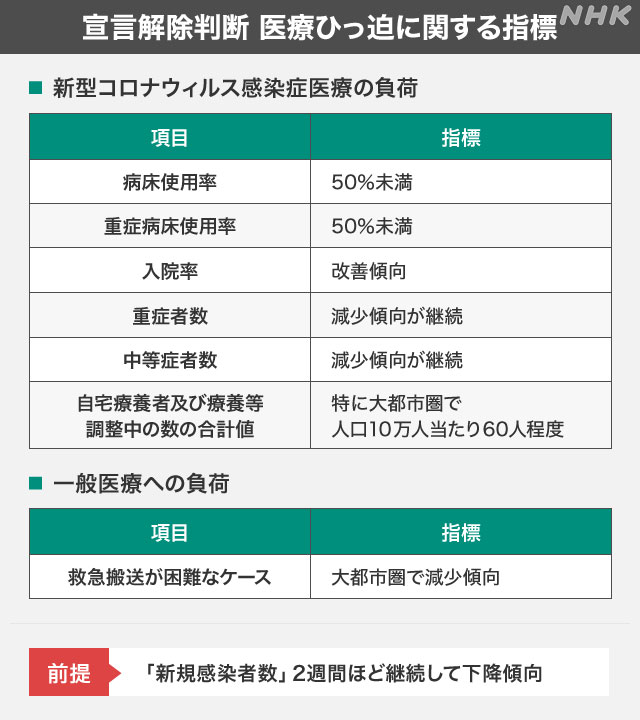 There was a lot of news today + a lot of frustrating news, so I summarized it briefly, but I’m sorry if you read it and get frustrated …!

It’s complicated to have such stupid news in mind …!

One more… can I drop more frustrating fuel …? lol

Ministry of Health, Labor and Welfare
“This is the reason why infections are currently decreasing!
①Many citizens are cooperating in infection control
②Vaccination is progressing to the active generation
③Decrease in the number of people in the city in the declared area
④People’s behavior changed due to news such as medical pressure
(*「感染減少も医療体制厳しい局面続く 対策継続を」専門家会合 – NHK)

By the way, regarding the number of people in the city at the same subcommittee ↓
Metropolitan area…0% to 10% decrease from the previous week
Kansai …Increase
Kyushu …Increased during the day

They prove themselves that “analysis is off the mark!” … (dry laugh)

It seems that an elderly man rampaged at his clinic …

Doctor    “Good grandpa, you were negative on the COVID-19 test.”

Grandpa  ”I can’t be infected!” →He broke the front door

Grandpa misunderstood the meaning of “positive” and rampaged …