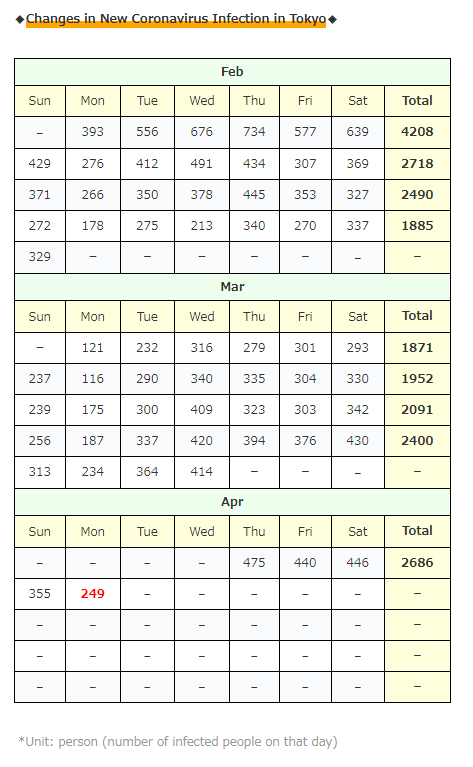 The number of newly infected people in Tokyo has been “more than last week” for a long time …! 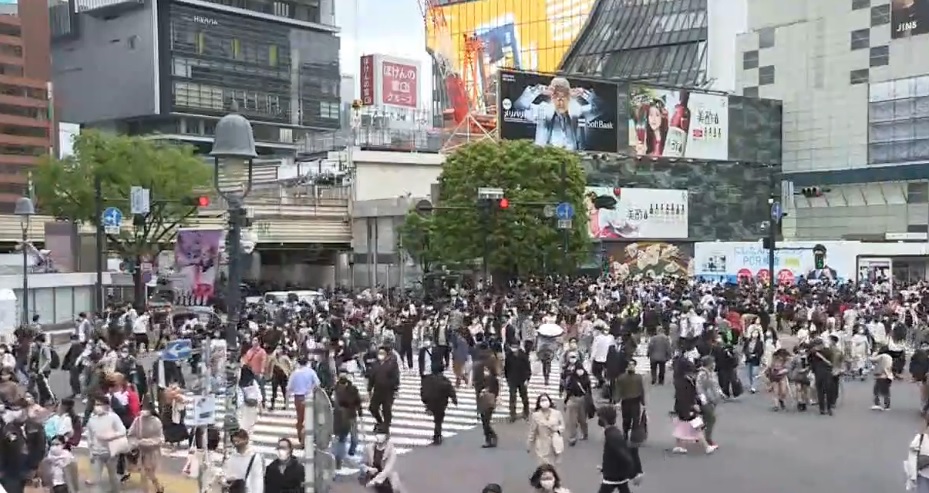 ・It seems that [3] people have died in Tokyo today …

* There was individual infection information today, but there seemed to be no outbreak information …! 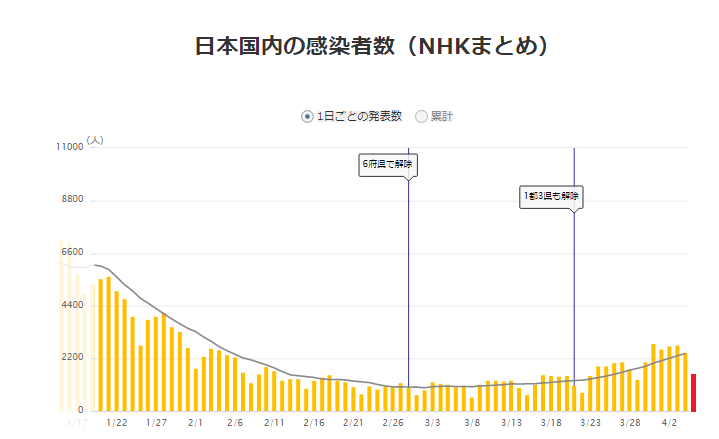 From such a topic today …

Recently, many people have abbreviated “priority measures such as prevention of spread” as “MANBOU”,
(It seems that experts in the government also call it that way …)

but the leader of Japan’s COVID-19 measures, Minister for Economic Revitalization Nishimura, said, “The term MANBOU is used in Japan, but since there is a bit of a playful atmosphere, so I try not to do it. Because this is a serious measure.“

Well … the reason is clear …

Because we associate this … ↓ 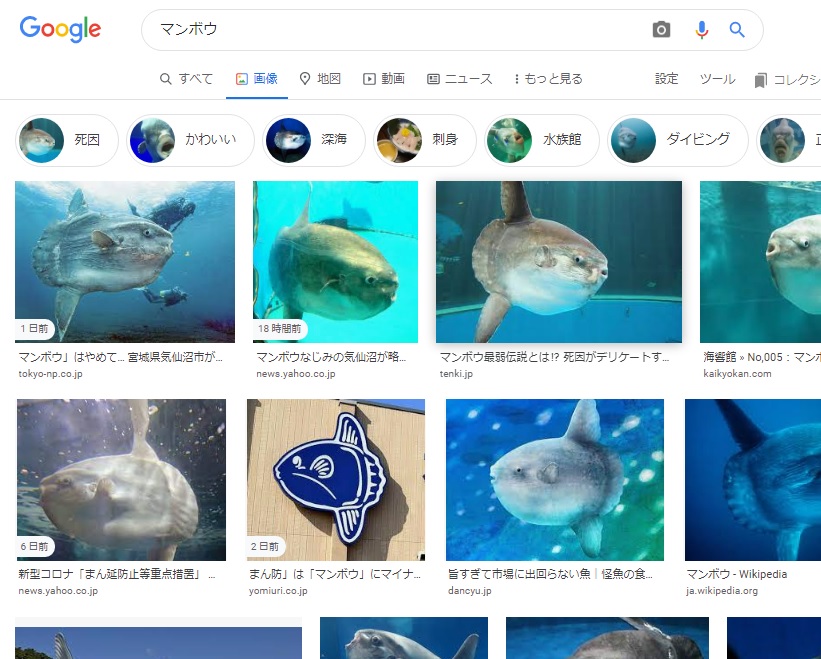 *The Japanese pronunciation of
“priority measures such as prevention of spread”
is as follows.

Therefore, it is abbreviated as “MANBOU”.

Actually, I try not to say “MANBOU” for the same reason, but in the first place, we all know that almost name will be abbreviated (Because Japanese people abbreviate all “name”) , so the government should have been thinking about it… (dry laugh)

Well … it’s not a meaningful measure, and many people say “MANBOU” in the sense of a little ridiculous (dry laugh).

And since there isn’t much news about the new coronavirus (COVID-19) on Saturdays, Sundays, and Mondays, there was also a special article like this!

This is an interview with former Prime Minister Abe!

Well … It didn’t need to read because everyone knew it … by the way, the first state of emergency really worked …! 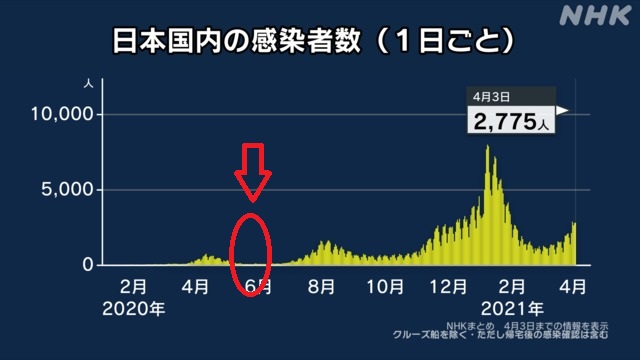 At that time, the people were scared of unknown viruses more than necessary, so the number of people in the city was drastically reduced! 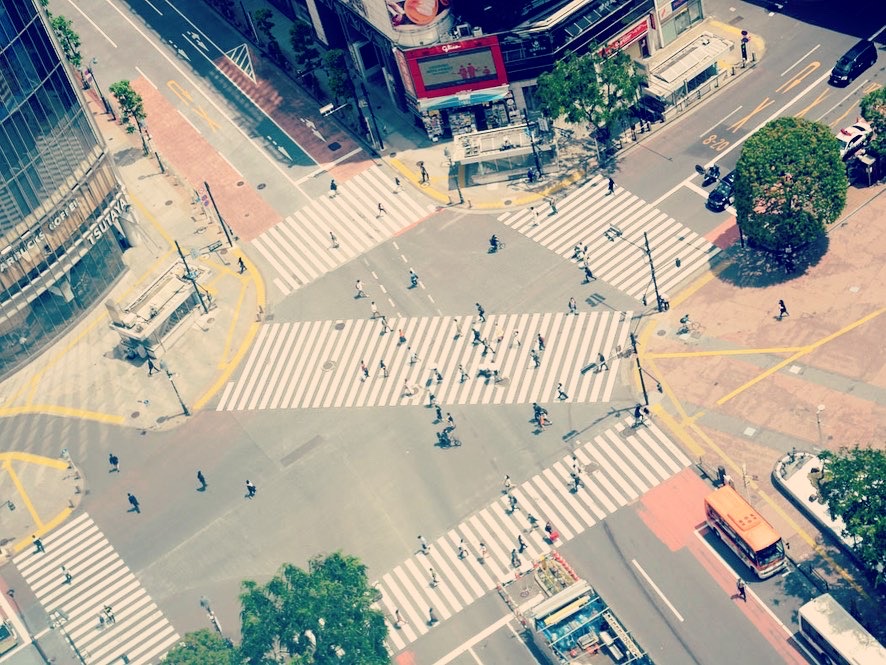 The government thinks that the effect of that time will not be forgotten and that it will be managed with few new measures, and the people have lost their fear of the virus …

Now that many people are no longer afraid of the virus (in a bad way), the same measures as the first and second state of emergency can’t work …

Are there any talented and strong leaders~~~~???!

Today’s article reminds me of the first state of emergency(lol), but the current infection situation is like this ↓ 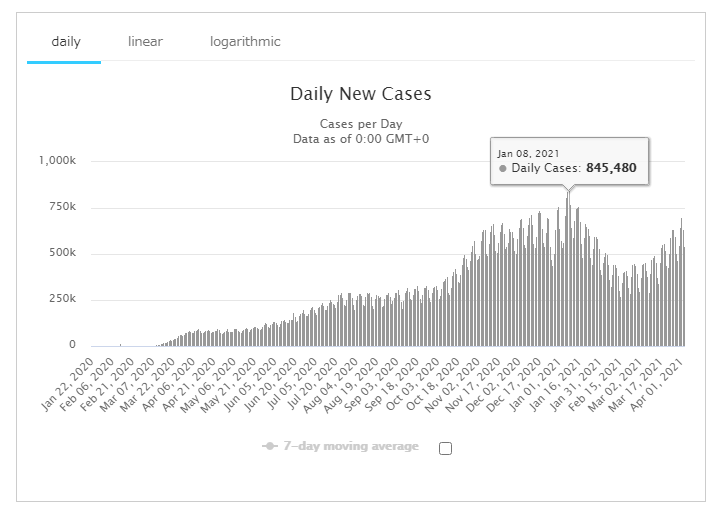 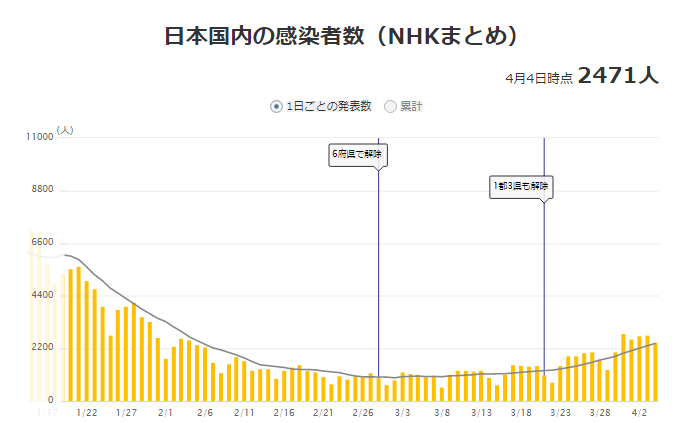 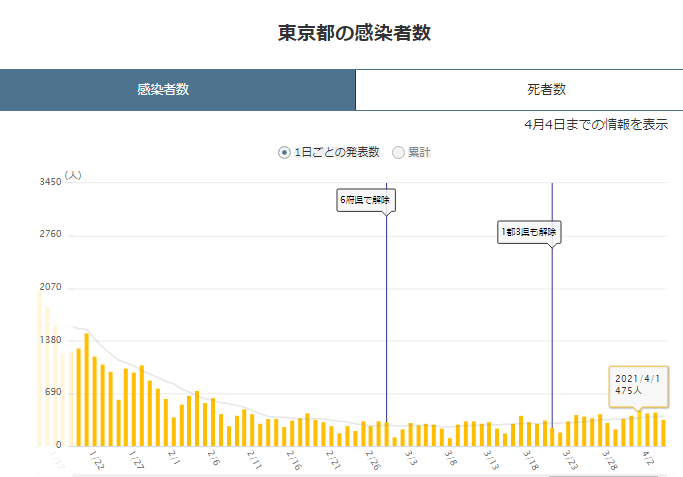 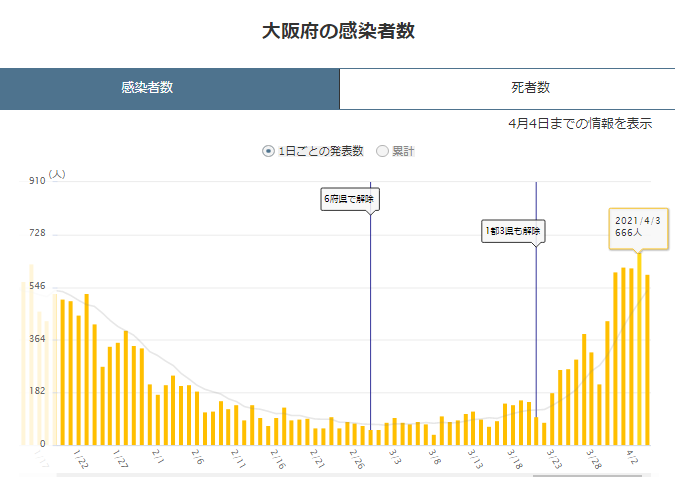 And unlike the world, March and April are the travel season, welcome and farewell party season, and banquet season in Japan …

Hmm … just thinking about it makes me scared! (dry laugh)

I hope this (in a bad way) infection spread bonus stage will end before it manages to super-spread …!