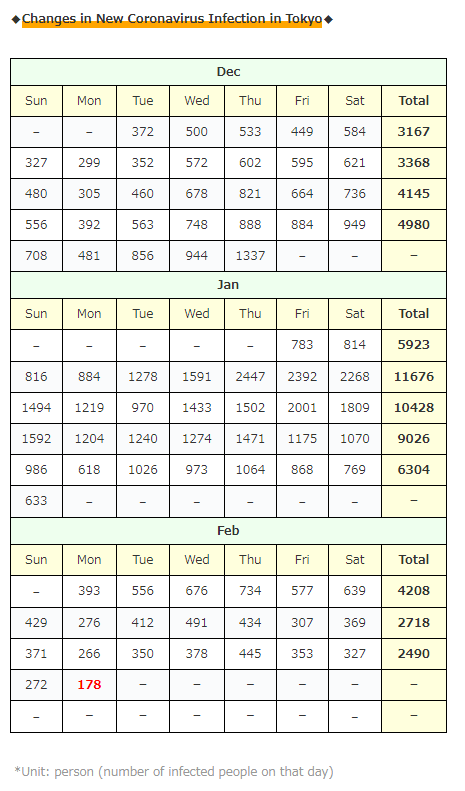 The number of newly infected people in Tokyo has decreased by about 100 every day this week from the previous week …! 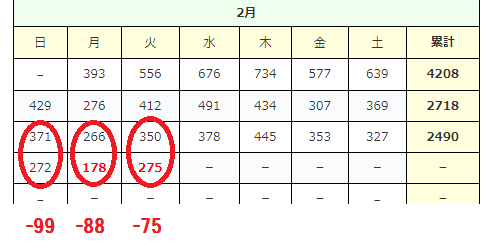 However, from yesterday’s strange decrease, it seems that it has not decreased so much today. .. 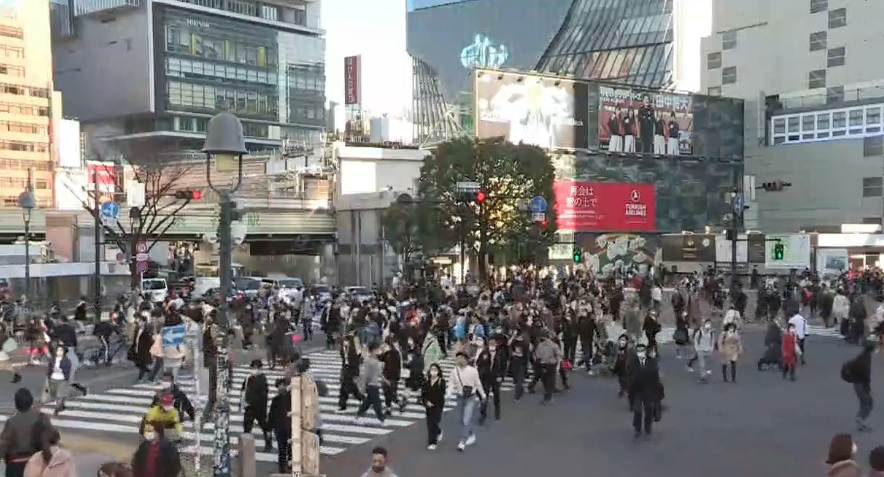 The weather was nice on holidays and it wasn’t so cold, so there were a lot of people in the city …!

*Today, it seems that one or two people were added to each of the clusters of
[5] medical institutions and
[1] facilities for the elderly.
→Cumulative total of each : [11~71]people 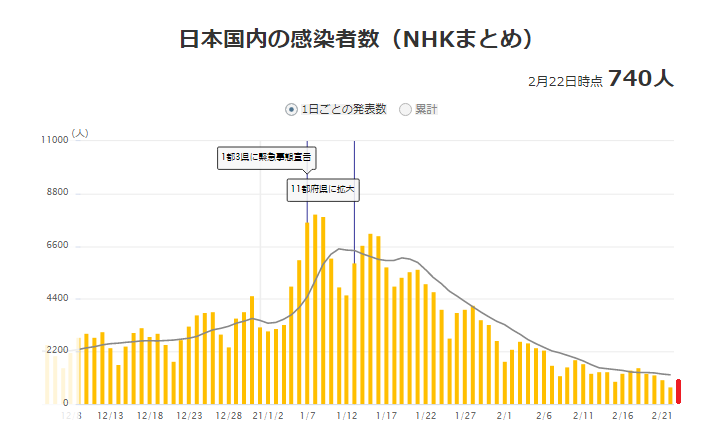 Since a mutant of the new coronavirus was found yesterday, from the domestic infection distribution situation … 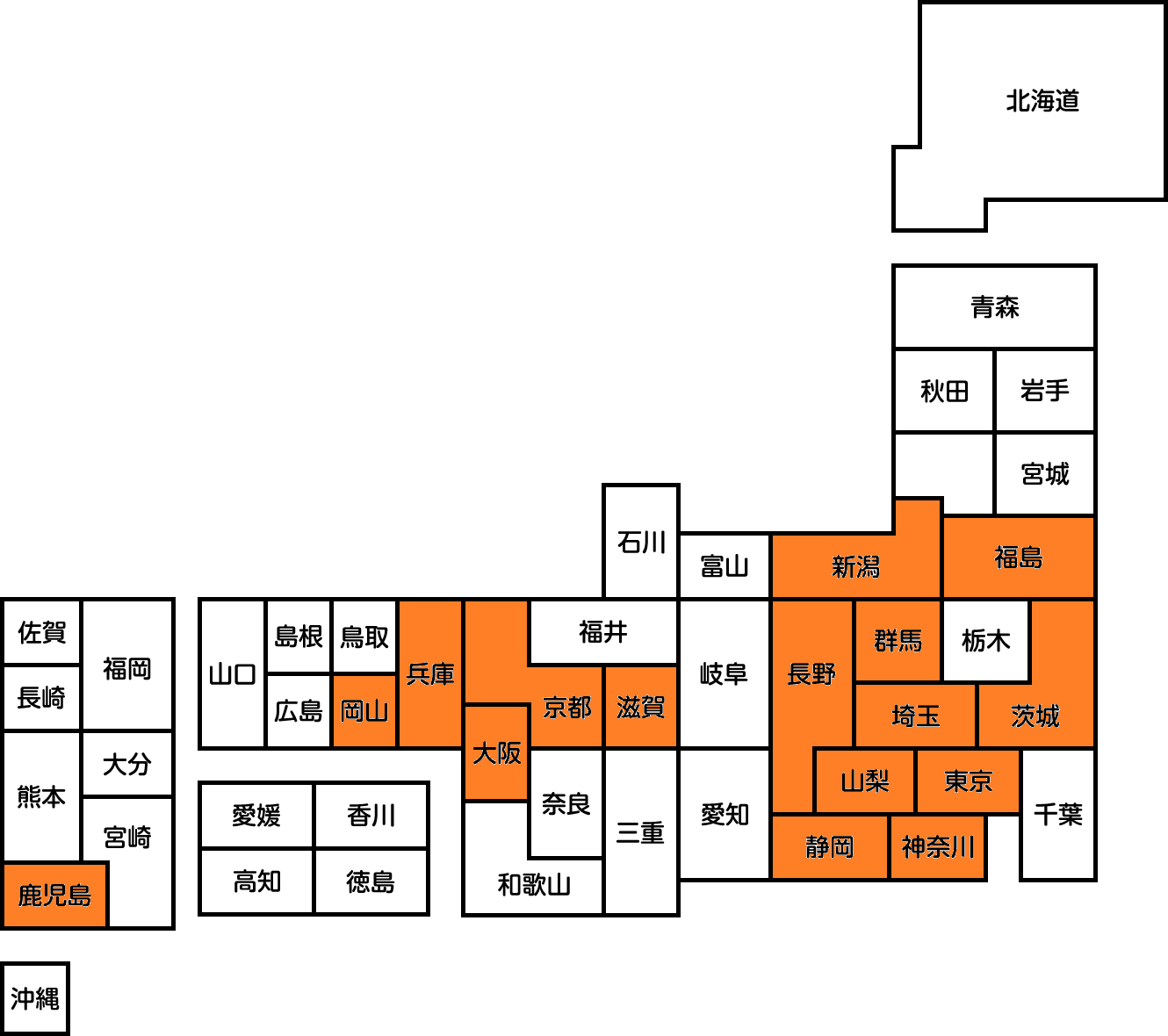 It seems that it was found in Osaka for the first time in February.

Except for Kagoshima, if I make a picture it is easy to understand that it spreads in the center of Kansai and Kanto …

Next is the topic of domestic vaccination!

First of all, it will not be reported every day, so I update it as soon as I understand it, but it is the vaccination situation in Japan! ↓

(* Side reactions (2 people) are hives, etc. No serious allergic reactions such as anaphylaxis)

There was such a report yesterday!

… but the actual situation is as follows.

As mentioned above, it is not an allergic reaction, and it seems to be a normal  reaction after vaccination, so I feel that it is not necessary to make news…

By the way, here is the contract status of Japanese vaccines! ↓

The story changes, but as you probably already know …

In response to the request from the Kansai 3 regions of Osaka, Kyoto, and Hyogo to cancel the declaration without waiting for the scheduled cancellation date of the state of emergency on March 7, the government seems to be considering canceling the three Kansai regions and the two Chukyo prefectures (Aichi and Gifu) …!

①Cancel the state of emergency at the end of February

②But until March 7th, the government will continue to request restaurants to shorten their business hours.

If each local government or government continues ②, we think that “What was “the state of emergency”?” , right…!?

Anyway, in terms of numbers, the infection situation is certainly improving …!

I just pray that it is not the situation that “the administration of each prefecture just looked at the numbers at hand and thought about canceling it, they are not planning for “measures against infectious diseases after cancellation” …!

By the way, unlike Japan, in the UK,

the government is very cautious, saying, “One in three adults has finished the first vaccination, so we will finally alleviate the lockdown that we are doing all the time.”

The UK is finally easing because vaccination has progressed so far …

I thought Japan was the best country in the world, but why did this happen …?!

There was news that made me laugh today …! Lol

…Well, do you need vaccination? !! 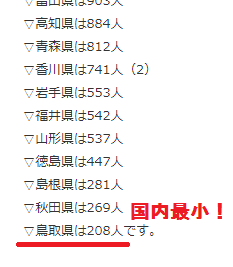 (*At the bottom is Tottori prefecture, which has the smallest number of infected people in Japan!)

I wish everyone could emulate Tottori! Lol