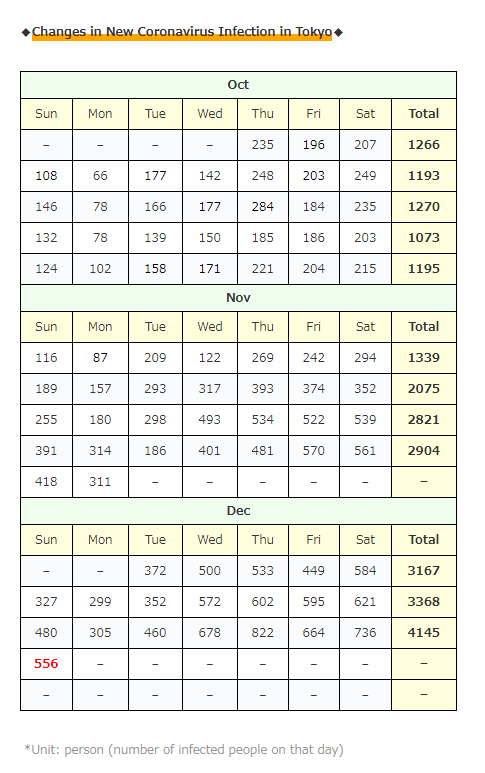 * Results of focusing only on Sunday ↓ 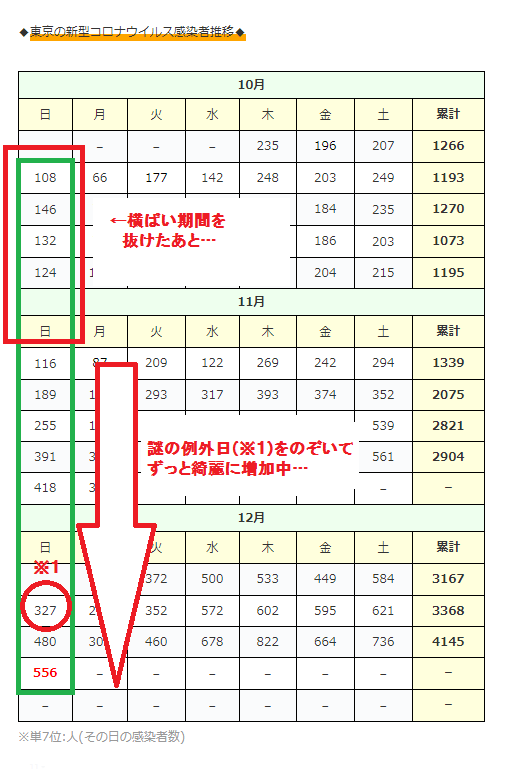 (* After the flat period)

(* It is increasing all the time except for exception*1 days.)

* Governor Koike said of today’s 556 infected people, “I have the impression that the number of infected people is a little higher on Sunday, and that there are also a few serious illnesses.”

However, most citizens think that today’s 556 people are “too many, let alone this number on Sundays.”

*Among the infected people counted today, there are [2] cluster relationships, including the above. (Add up to N/A people)

*Among the infected people counted today, there are [3] cluster relationships, including the above. (Add up to N/A people)

* Details are unknown, but it seems that clusters such as facilities for the elderly have been rushing in five cities in the prefecture in the two days yesterday and today.

*There are [3] cluster relationships (Add up to 2 people)

* Summary of outbreaks related to the “entertainment district at night in Susukino, Sapporo City [1 stores, 1 person(s)]

*There are [1] cluster relationships (Add up to 1 people)

*Among the infected people counted today, there are [4] cluster relationships, including the above. (Add up to 6 people) 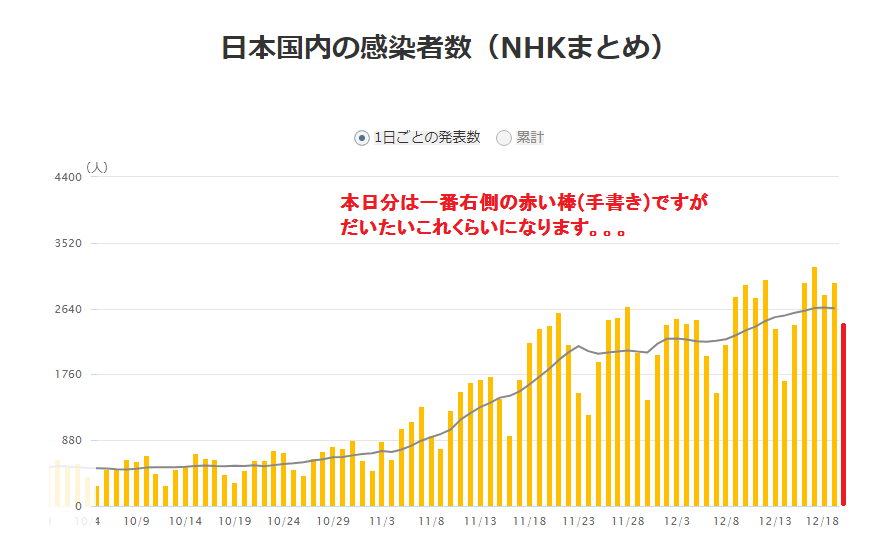 There was great news yesterday again!

It seems that 20 million doses will be supplied by the end of the year (although it is only 10 days left!)!

The effectiveness is as follows

95% (7 days after the second vaccination)

The safety (side effects) is as follows

* Allergic reaction to 3 people by vaccination

* Both are mild to moderate.

We are wondering how much this side effect actually is,

but we don’t hear much about side effects overseas while vaccination has already begun (three out of tens of thousands of people have allergic reactions).

So it seems that there is no problem.

I wonder if vaccination will start in Japan soon!

I’ve been waiting with my right arm out from around September! lol

By the way, in Switzerland

It seems that it was approved by “normal vaccine examination” instead of “emergency use authorization” like in the United States!

It seems that they had been judging for two months!

And Switzerland, which had a thorough examination, answered the question ↑!

“The side effects identified during the two-month review were the same as after the flu vaccination.”

After all it was as I expected! Good lol

You can rest assured! Lol

there was such news today.↓

In “London where a highly infectious mutant was found”, which has become a hot topic recently, they decided to continue the regulation that was scheduled to be relaxed from the 23rd and decided to forgo “Christmas relaxation” that many people expected…

“We all know that we will be disappointed. As Prime Minister, there is no other way.”

By the way, the current infection situation in the UK ↓ 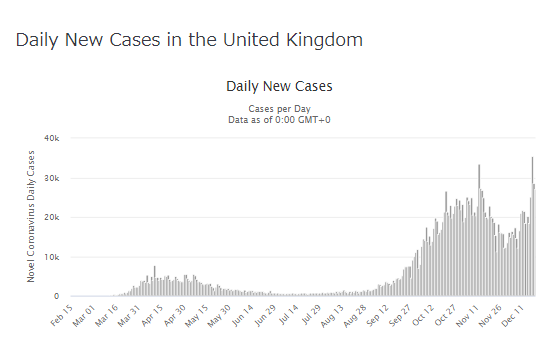 Isn’t it too bad how to increase the right side (→)?

By the way, even in New York,

It seems that the number of infected people has reached the worst number ever.

Both countries (or the whole world …) must start large-scale vaccination as soon as possible …!

Of course Japan too!

Today is Sunday, but the number of infected people is high, and the number of people receiving medical treatment has increased by nearly 500 …

Today is December 20th, and this year is just around the corner!

During the year-end and New Year holidays, it is said that “In the city center, trains may stop operating at night this year.”

There was also such an article!

Will convenience stores be closed during the year-end and New Year holidays?!

I was rushed to see the article title, but it seems that the stores that are actually closed are the “stores desired by the owner” of “Lawson”, and the stores in the office district where the number of people during the year-end and New Year holidays disappears!

It is safe to have a convenience store in case of emergency!