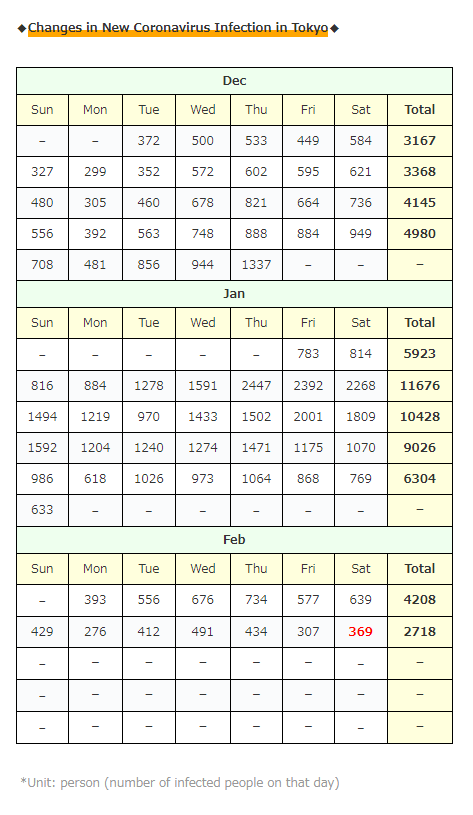 It would be nice if there was a temporary increase due to the holidays last Thursday, but I hope the decrease hasn’t stopped … 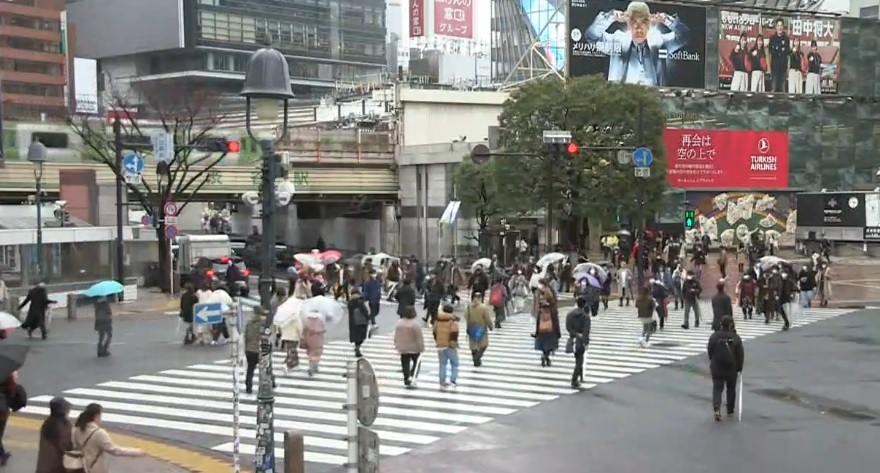 There are fewer people than usual because of the rain …!

・Infection in the facility [27] people

・As you may already know, 838 infected people have been added and corrected in Tokyo.

→I will summarize in detail tomorrow, but most of them seem to have missed corrections during the peak infection period from late December to late January (a few dozen people a day at most) …

・Today, I could not confirm the outbreak information, only individual information …

・The following clusters, whose facility names have not been announced, have been added, and it seems that the cumulative total has reached 26 to 74 people.
[5] Medical institution
[2] Facilities for the elderly
(I’m sorry I couldn’t introduce it to people living in Saitama, but recently, the number of public announcements of this cut-out style has increased …)

・ I didn’t see any detailed information of cluster today.
(I have the impression that cluster information has not come out in Chiba prefecture recently,
so it is unknown whether there really was no cluster.)

*Among the infected people counted today, there are [4] cluster relationships, including the above.. (Other than the above, add 3 or less each) 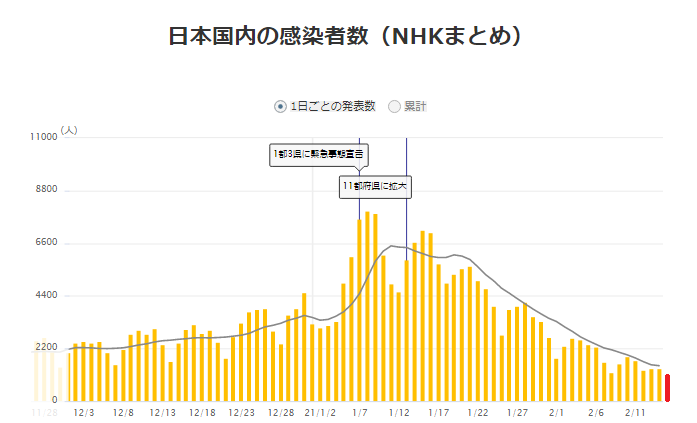 It rains heavily in Kanto and Tohoku after the earthquake …! 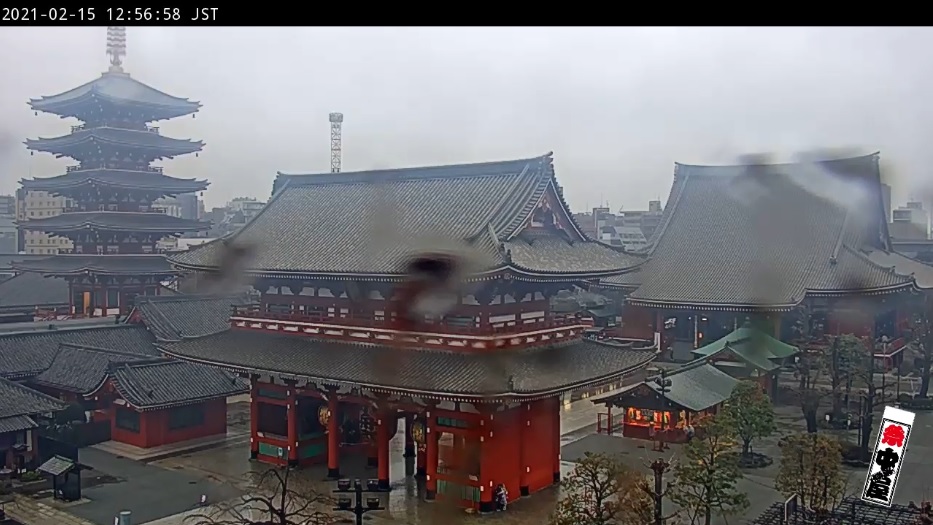 ↑it looks like “The rain is not so heavy…?” but looking at the live camera of Tokyo Tower like follows, 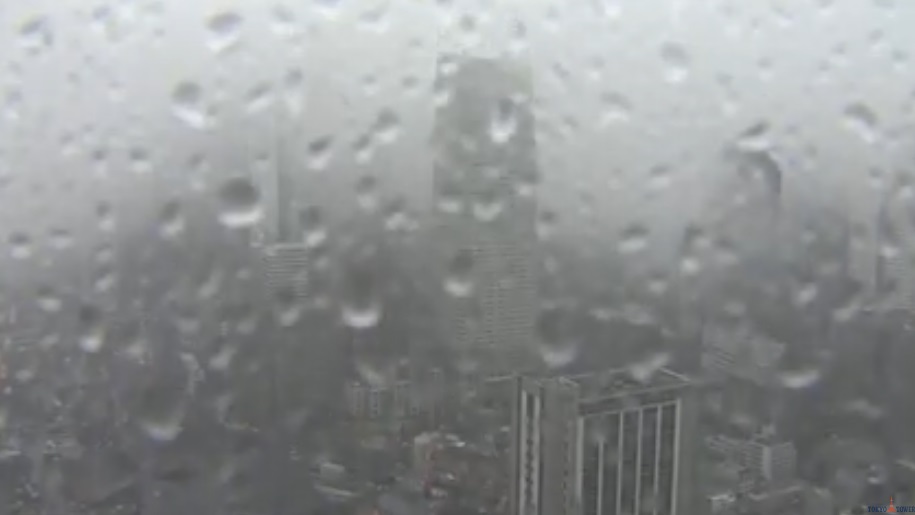 I can’t see anything!? lol

It was raining enough to get wet inside the bag when I actually walked outside for about 30 minutes!

On the afternoon of February 14th yesterday, Pfizer’s vaccine was finally approved in Japan!

And in connection with that,

as rumored, it seems that medical staff will start vaccination on February 17th!

it seems that a “call center for vaccination consultation” was set up on February 15th today!

And it seems that they will respond to various consultations and inquiries such as basic information (priority inoculation targets and side effects) for free!

Finally, it seems that Prime Minister Suga described this vaccination operation in Japan as a “big project” …!

Prime Minister Suga described this vaccination operation in Japan as a “big project” …!

…… I wanted the Japanese Prime Minister to have this kind of word sense …!

Either way, vaccination will finally begin!

I’m looking forward to it!

There is also such news about vaccination …!

In Peru, the Foreign Minister resigned after admitting that he had secretly vaccinated … (dry laugh)

In Japan, there are voices saying, “First, politicians should try to inoculate and prove the safety!”, but no matter what we think, we want to inoculate as soon as possible …, right? lol

I hope the vaccine will spread to all the people as soon as possible!