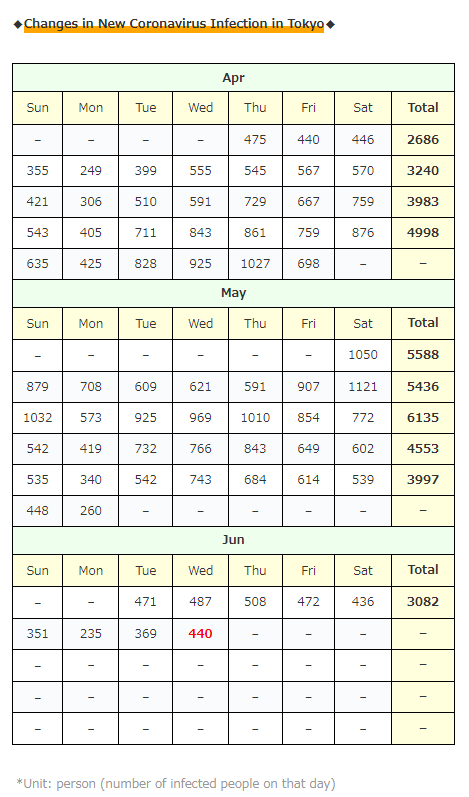 The number of new infections in Tokyo was still lower than on the same day of the week last week!

However, I’m a little scared because the days of “as much as last week” have begun to appear here and there like today 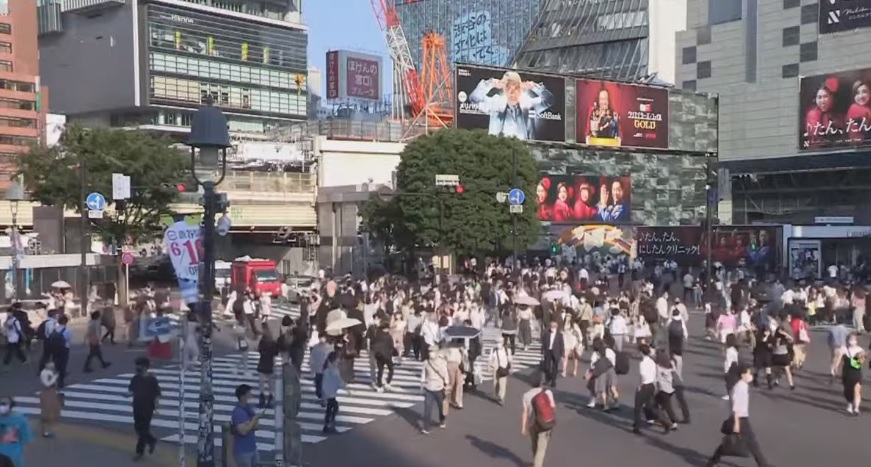 *Among the infected people counted today, there are [21] cluster relationships, including the above… (Other than the above, add 2 or less each) 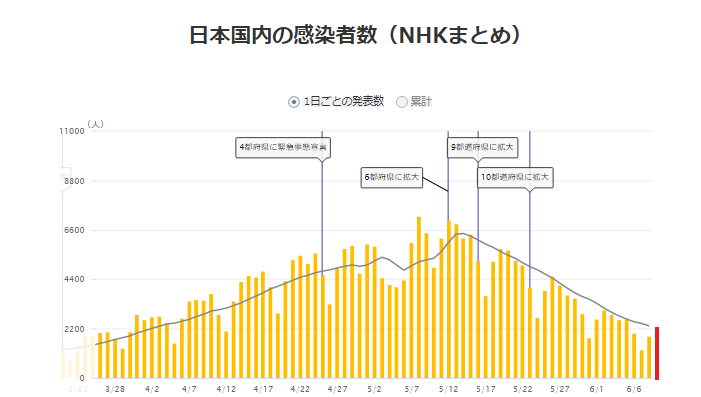 ↑ The topic is about to come out!

After all, Gunma, Ishikawa and Kumamoto will be released in June 13!

It seems that the number of infected people is declining nationwide, and I hope it is moving in the right direction! 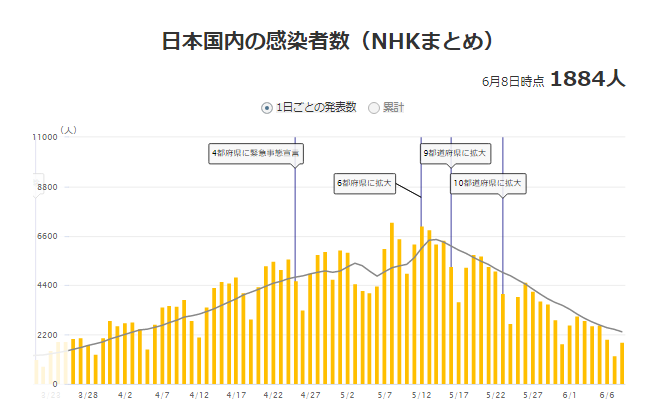 By the way, domestic vaccination seems to…

have finally exceeded the goal of 1 million times a day!
(* Number of vaccinations in Jun 07 = about 1.09 million times)

However, there was also such news …

At the large-scale vaccination site in Osaka, Tokyo, 4081 people did not come to the venue without canceling their reservations in just 8 days from May 24th to 31st last month …

The Ministry of Defense seems to have called for “if you don’t go, cancel your reservation immediately”, but they should create a system that does not happen in the first place.

Oh, by the way, regarding the “cancelled vaccine”,

It seems that there are many voices from each local government to the Metropolitan Police Department that they want to allocate the surplus vaccine to police officers working in police boxes!

Certainly there are many police boxes in each region, and the vaccine may not be wasted!

Also, about “group vaccination at work and university” scheduled to start on June 21st …

It seems that reservations were accepted online from 2:00 pm on June 8th yesterday, but it seems that there were applications for 414 venues in just 3 hours!

Because once the employee has finished vaccination, the company can usually operate …!

First of all, only companies with 1000 or more people can make reservations, but I hope there is no sense of unfairness …

Last but not least, in Tokyo …

I think it has spread to at least Tokyo, but it seems that it has actually spread to people in their twenties …

It seems that the job offer rate for joining the company next year is the same level as before COVID-19 …!

Finally there is light at the exit …! I’m too happy …!