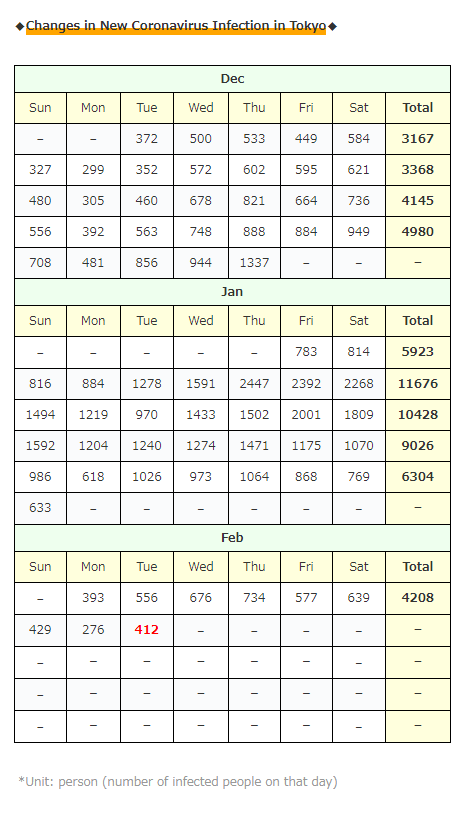 The number of newly infected people in Tokyo continues to decrease steadily numerically!

However, if you focus only on the day of the week and look vertically …

I wonder if the decrease is getting slower…? 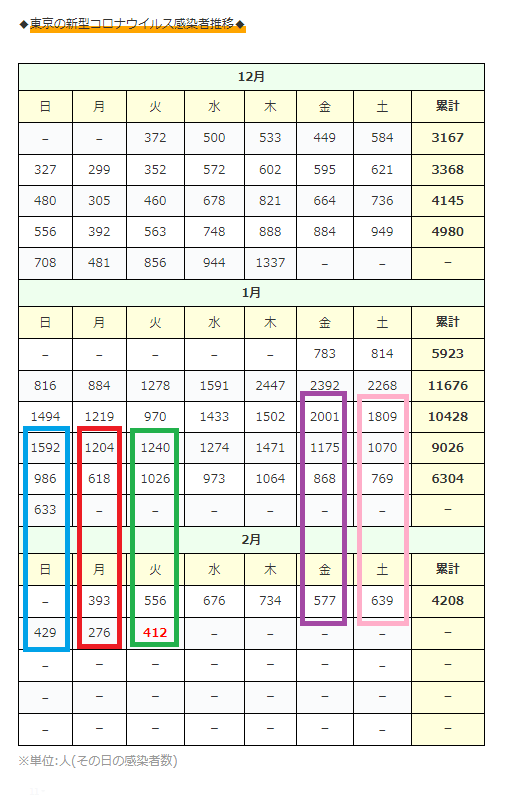 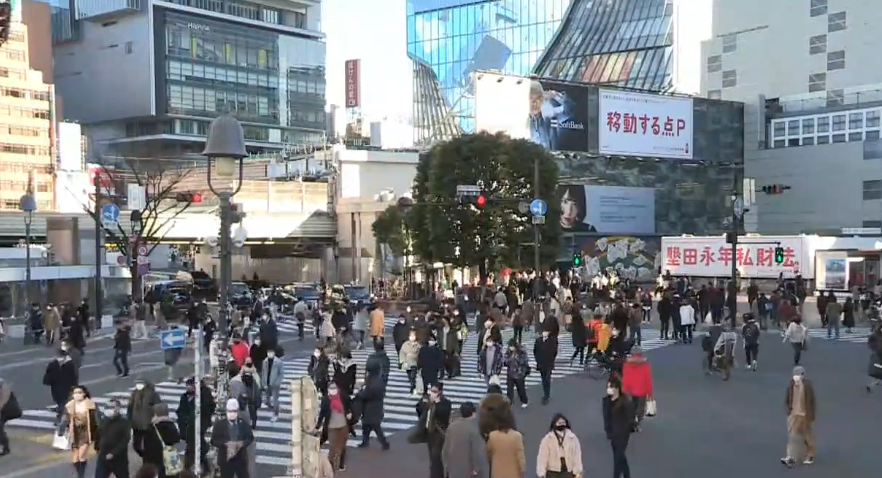 ・Infection in the facility [75] people

*Among the infected people counted today, there are [9] cluster relationships, including the above.. (Other than the above, add 2 or less each)

* It seems that there were no new clusters today! 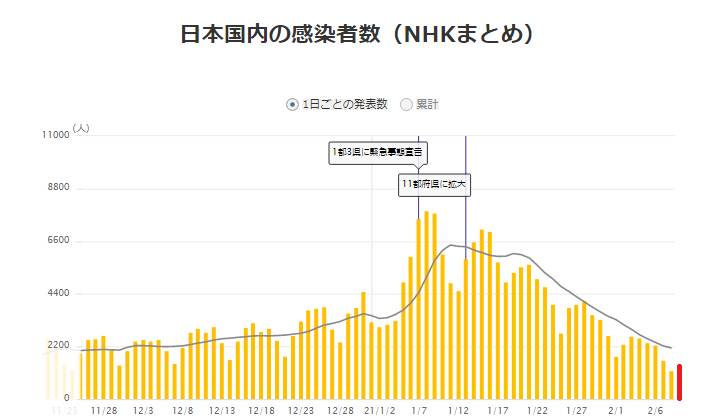 Let’s start with this topic today!

The WHO (World Health Organization) research team, which had been visiting China to search for the source of the new coronavirus (COVID-19) until just the other day, will hold a press conference today to explain the contents of the research so far!

It’s unclear what kind of press conference it will be because it seems that the investigation may take several years, but for the time being, the content is too interested!

(I wonder if it will be midnight …)

And… this is the last topic! I shortened the content today! Lol

Even though Japan has not even started vaccination ! (cry), more than 100 million people have been vaccinated for the first time in the world!

And UAE, Israel are almost half of the population!

It is said that 50% to 70% of people with immunity are required for the virus infection to resolve, so if I think about it, they will reach their goal in just a little while…!

I hope Japan will join this list as soon as possible. .. ..!

Mutants are being found more and more in Japan …!

And even in Saitama prefecture, three people, including those under the age of 10, were infected with the mutant…

Currently, there are a total of 92 mutants in Japan!

“You don’t have to be overly afraid because it hasn’t spread that far.”

“Just be careful and refrain from going out unnecessarily.”

He said as above, but whether it’s “immigration restrictions (they cannot regulated)” or “the amount of people in the city,” we think, “People should be a little more afraid …?”, right? (dry laugh)