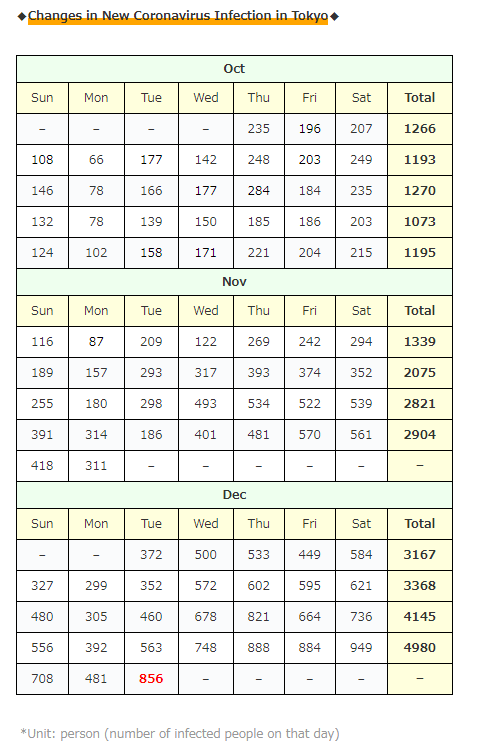 ・Infection in the facility [70] people

* Infection in the facility [70] people

* Bringing in samples from outside of Tokyo [54 cases]

*Today’s two are unrelated to the above

*Among the infected people counted today, there are [3] cluster relationships, including the above.. (Add up to 4 people)

*Among the infected people counted today, there are [8] cluster relationships, including the above.. (Add up to 1 people)

*Among the infected people counted today, there are [3] cluster relationships, including the above.. (Add up to 4 people) 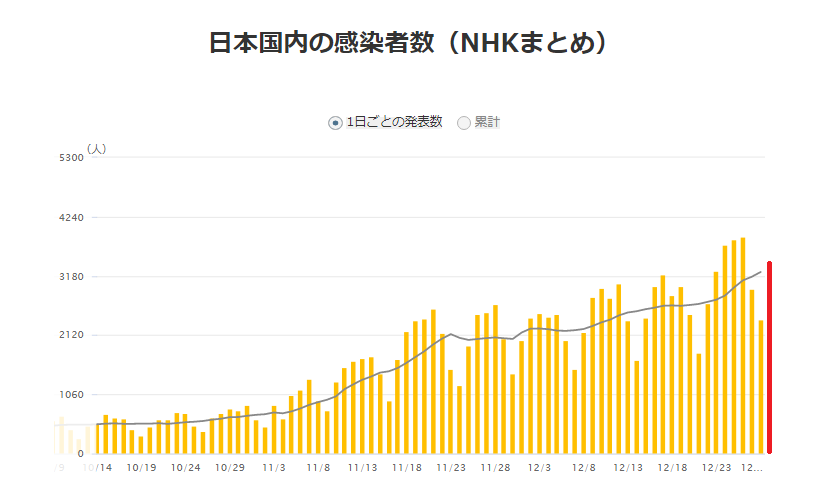 About “new immigration suspension for the whole world” that started yesterday,

the state of the airport was in the news! 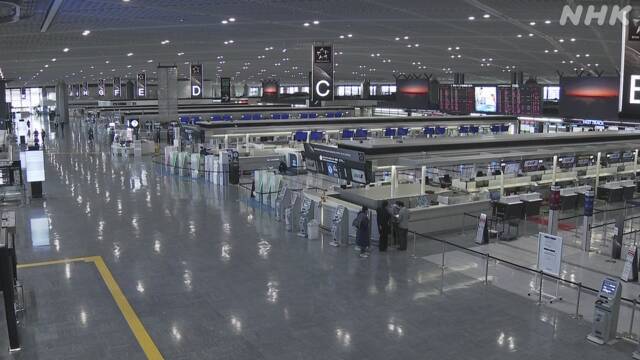 The international lobby at Narita Airport seems to be quiet …!

However, this “suspension of new entry for the whole world” is without for Japanese and foreigners with a status of residence.

You can still enter and leave the country with 11 countries designated by the government such as China and South Korea.

As mentioned above, it’s toooooo loose, so how effective is it …

“I instructed the policy on Saturday to deal in advance,” said Prime Minister Suga yesterday morning.

But he hasn’t taken any thorough measures …

And as you all know,

It seems that a South African COVID-19 mutant, which is as dangerous as the British new coronavirus (COVID-19) mutant, has also been found in Japan …!

However, it seems that this was found in “Airport Quarantine”, so We’re relieved once…

And for British variants, 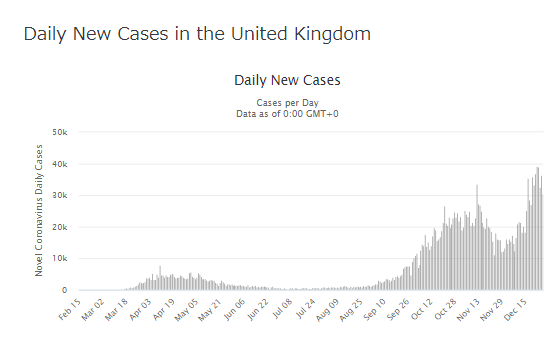 I often hear that “mutants are dangerous”, but if you look at the graph like this, you can see how dangerous it is …

Pfizer’s vaccination has already begun, but the number of infected people is higher than when they decided to lock down in November …

Also, about this British mutant

After that, when they investigated, it seems that it was found in a sample of a person infected in November in Germany …

Currently, 24 countries have found this mutant …

Including “is it really from England?”,

In the first place, it is clear that we must be alert to this new coronavirus (COVID-19) infection.

Sightseeing prices seem to be quiet, but reservations for reserved seats on the Shinkansen during the year-end and New Year holidays seem to have decreased by only 25% from the previous year, and the Ginza Kumamoto Antenna Shop is so successful that admission restrictions are required…

There are some unavoidable parts of shopping during the year-end and New Year holidays.

And also I understand that there are people who cannot be helped but to return home during the New Year holidays.

③ Others, for mild and moderate cases- [89] Bed

it seems that it is like in a state of bicycle operation, where people cannot be hospitalized unless the bed is vacant because “the person who has completed medical treatment = the person who has been discharged from the hospital” appears …!

In addition to that, there was also a shocking content that “there are 12 to 15 cases a day when a patient who becomes seriously ill during home medical treatment calls an ambulance directly”.

“Members of Parliament should amend the Coronavirus (COVID-19) Special Measures Law (make legally binding requests for leave and refrain from going out) without a break during the New Year!”

Rather than such a matter of course,

as with GoTo Travel, she should take measures that can be taken in the current situation rather than being critic and taking no action…!

The number has increased by more than 1000 …

Of the 420 British people who had been quarantined in a luxury ski resort in Switzerland, 200 disappeared at night …!

The person in charge of Switzerland also seems to say, “It’s hard for four family members to spend 10 days in a room of 20 m2, so it can’t be helped”, but in the first place, they traveled at this time…

It seems that there is not much difference in behavior between Japan and the world.

However, the scary part of “infectious disease” is that if there is even one person like this, the infection may spread