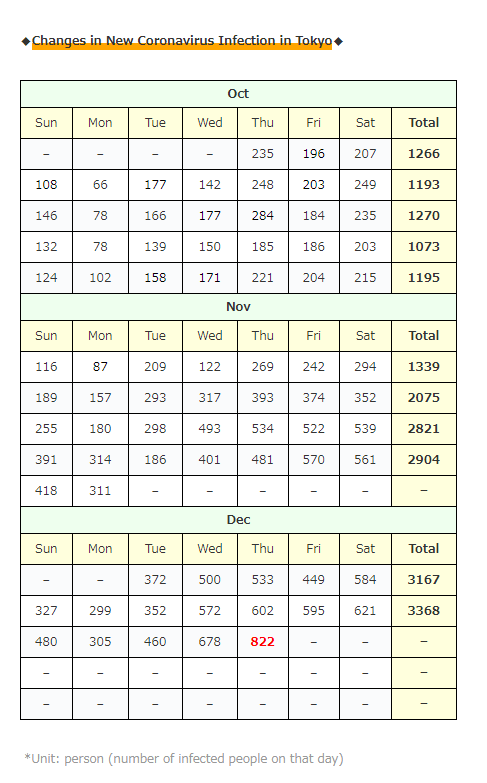 The number of newly infected people in Tokyo was 678 on Wednesday, the highest ever (significantly updated), so I had a bad feeling, but it was over 800 today …

At this rate, it seems that 1000 people will be exceeded at a fairly early stage …

I don’t care about “because there are a lot of tests”, but the fact that “the city is full of viruses” is really serious …

・Infection at a dinner with friends and acquaintances [24] people

・Outbreak of infection at Atsugi Seikaen, a prefectural facility for the disabled in Atsugi City [7] person(s)

・ Outbreak of “Midorien”, a welfare facility for the disabled in Abiko City [N/A] person(s)

*Among the infected people counted today, there are [4] cluster relationships, including the above. (Add up to 3 people)

*Among the infected people counted today, there are [6] cluster relationships, including the above. (Add up to 3 people)

・Outbreak of izakaya in the prefecture [3] person(s) 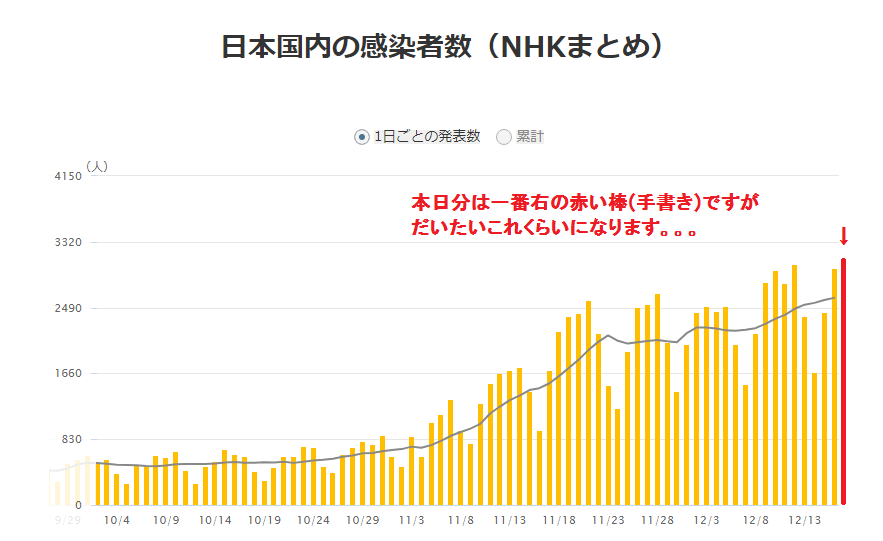 The article that surprised me the most today is here … ↓

“The second lockdown has finally been lifted in France!”

I told you in this “Summary Article” the other day … 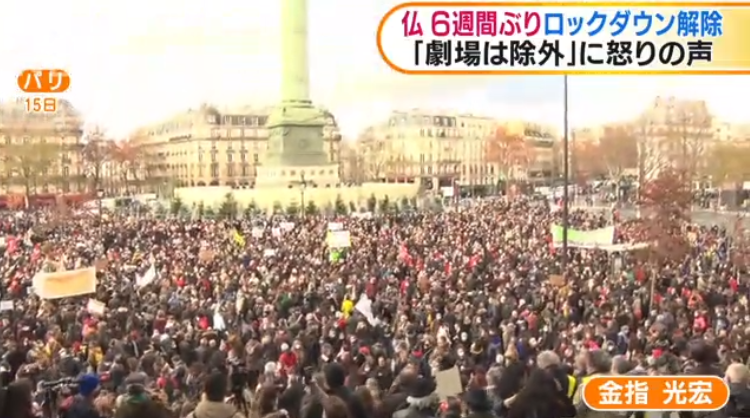 It seems that they are demonstrating immediately. .. ..

“Because the scheduled reopening of the theater was postponed,” but soon after the six-week lockdown was over …? 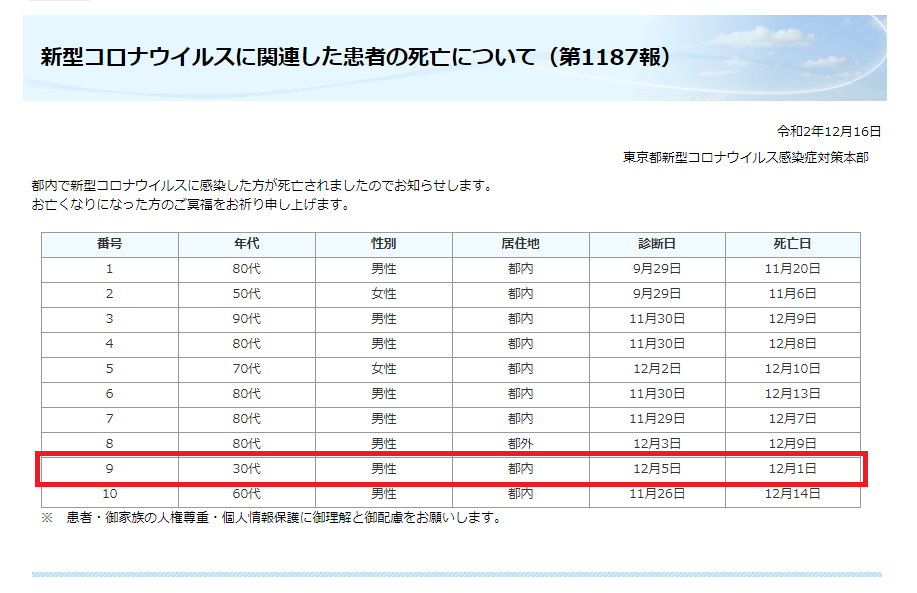 It seems that a person in his 30s has died …

It seems that they tested after the day they died …

And I will summarize the data for a moment!

“The most inportant 3 weeks” will be the third week this week!

NHK was just putting together the data! 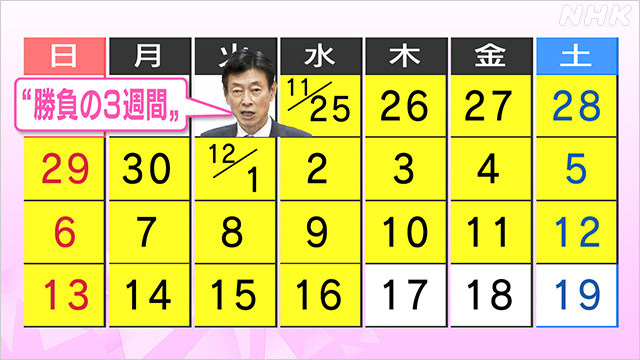 (“3 weeks that are really important and we have to do our best!”)

The movement during that time seems to be like this! ↓ 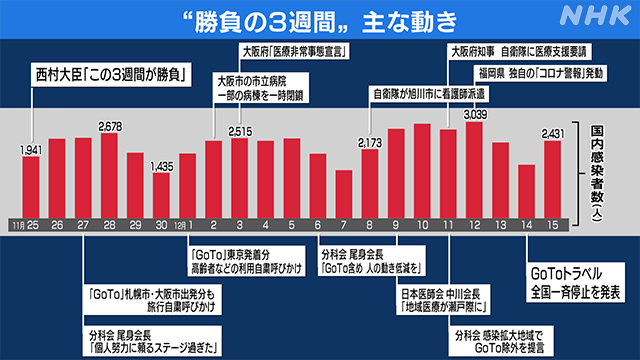 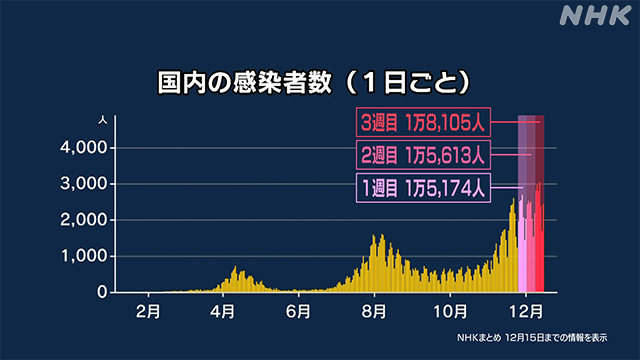 Why? Rather it is increasing! Lol

‘m trying to collect and summarize the data, but when I look at the number of infected people on a daily basis, it feels like “what was the 3 weeks that are really important and we have to do our best …?” ..

Changes in the number of newly infected people in Japan … ↓ 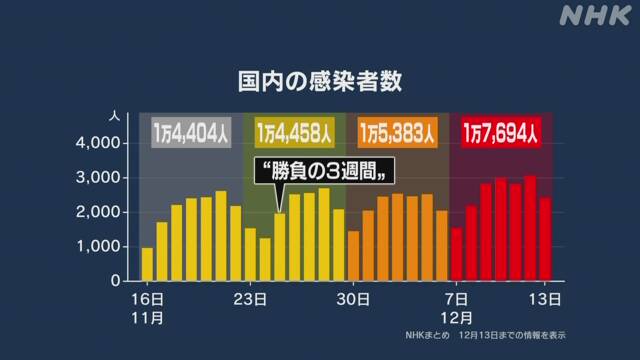 Changes in the number of deaths in Japan ↓ 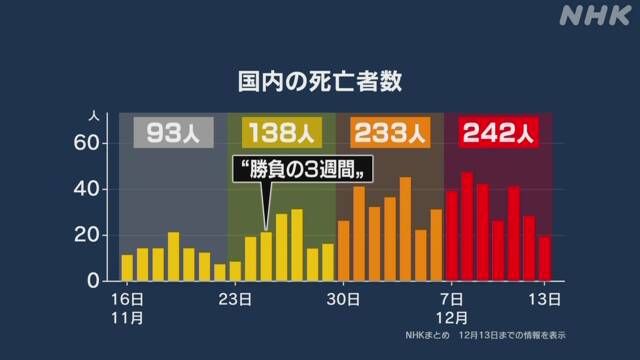 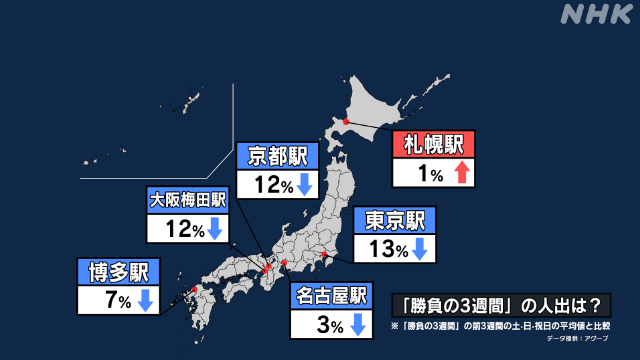 To put it simply, 13% means that the number of 100 people who normally walked at Tokyo Station has increased to 87, right?

It hasn’t decreased too much…

Compared to the state of emergency (March) 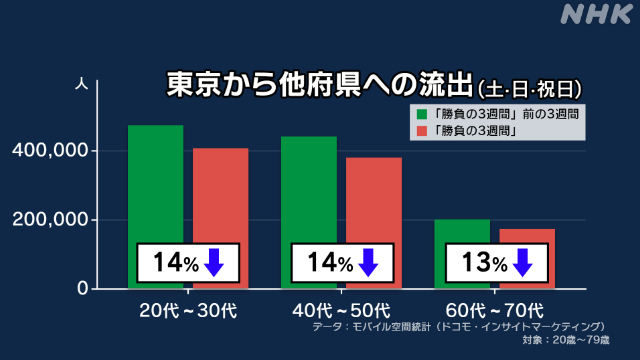 ↑ It seems that the movement from Tokyo to other prefectures has not changed so much.

There are many areas that have increased 1.5 to 2 times …

That’s all for the data, but in summary, it means that there was no effect at all.

(It may be said that “if it is without any measures, it has increased more rapidly” …)

As far as I’m watching the news, each politician’s tone is that “we have to strengthen our countermeasures”, but of course that is important, but “(the people) Everyone knew that it wouldn’t work for three weeks. Who will take responsibility ? “

Lastly, I will summarize the articles I was interested in!

It seems that the government have started a private bus to the hotel (for those who have reserved a hotel)!

However, what is worrisome in the article is “There are a lot of people using railroads and general buses from the airport because of financial burden.”

↑ It is frustrating, right…?

As I summarized earlier, the research team will go to China next January to investigate the source of the new coronavirus (COVID-19)!

We don’t want this to occur again, so we want them to thoroughly investigate the cause!

Shionogi will start clinical trials of domestic vaccines in Japan as well!

It would be nice if the data came out together after a while after vaccination started in various places …!

The number of discharges has increased considerably to more than 2,700 … but today it is also increasing by about 500 …

It’s been a week since vaccination started in the UK!

It seems that those who received this vaccination will receive the second vaccination three weeks later!

he population of the UK seems to be about 65 million, so it’s still “beginning”, but I’m really hoping that this will significantly reduce the number of infected people in the UK!

I wonder if I can come to Japan soon! Lol