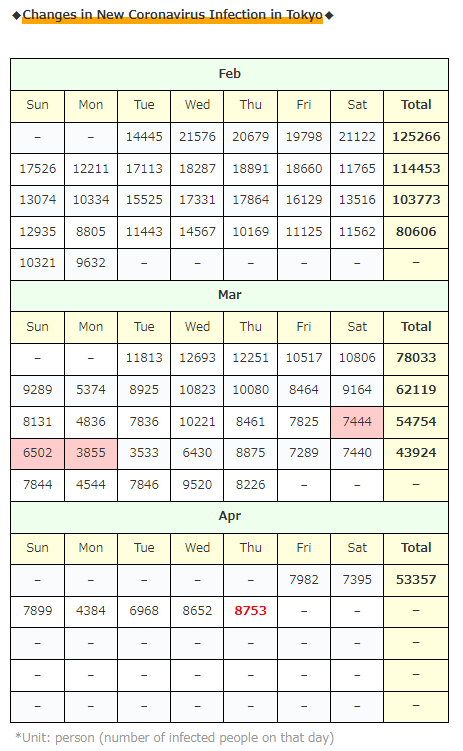 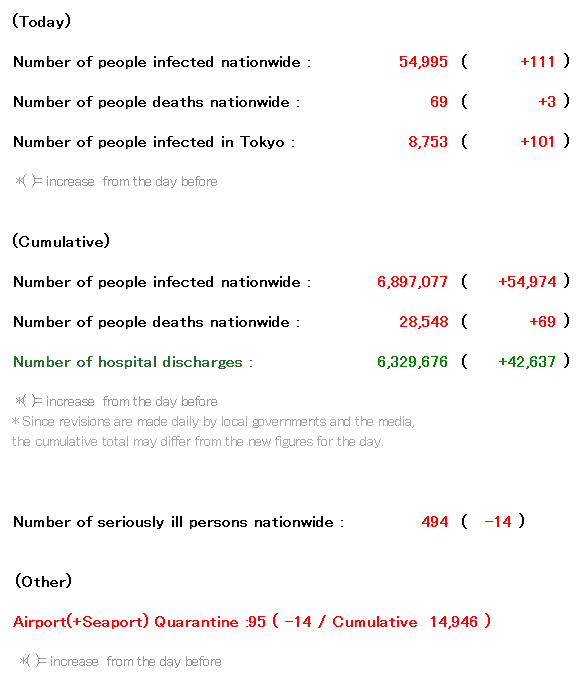 The number of infected people in Tokyo is …
These days, the numbers are about the same as the previous week every day … 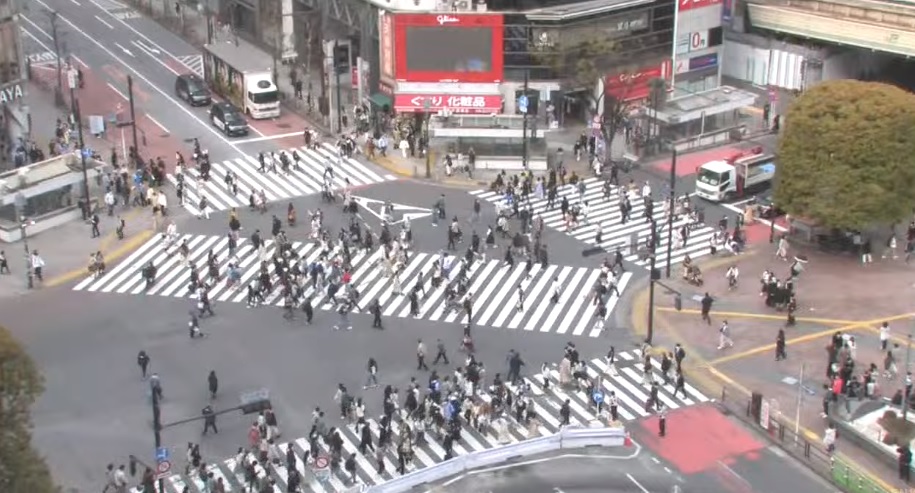 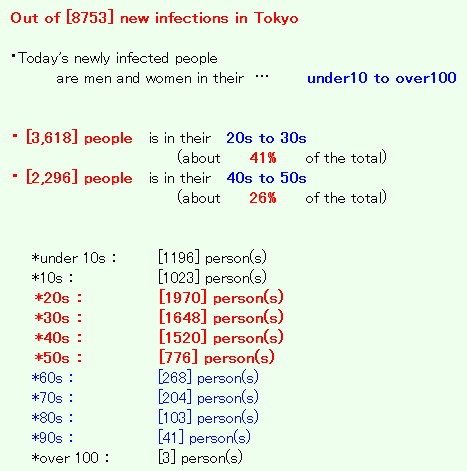 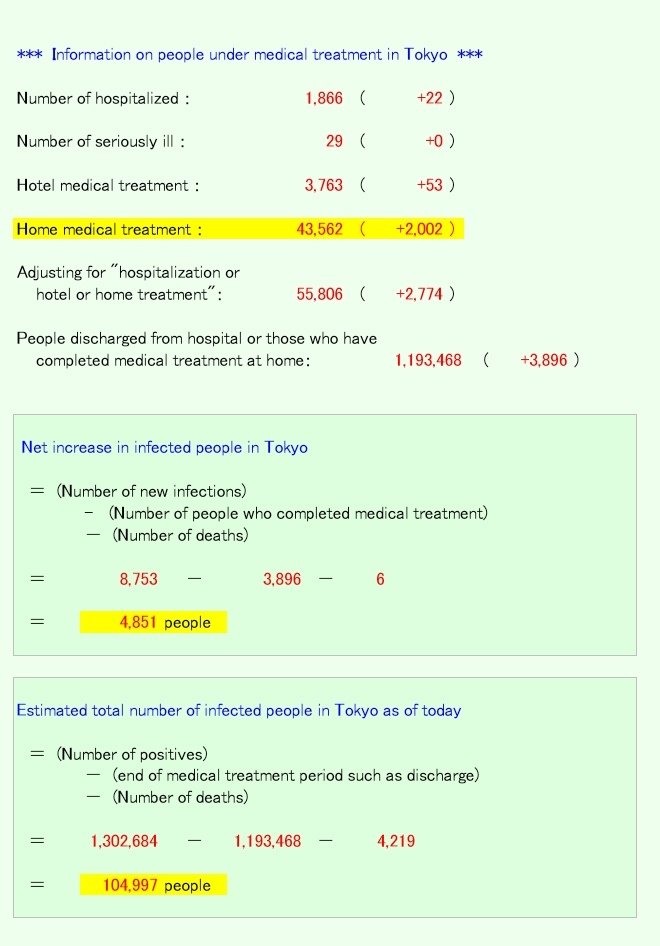 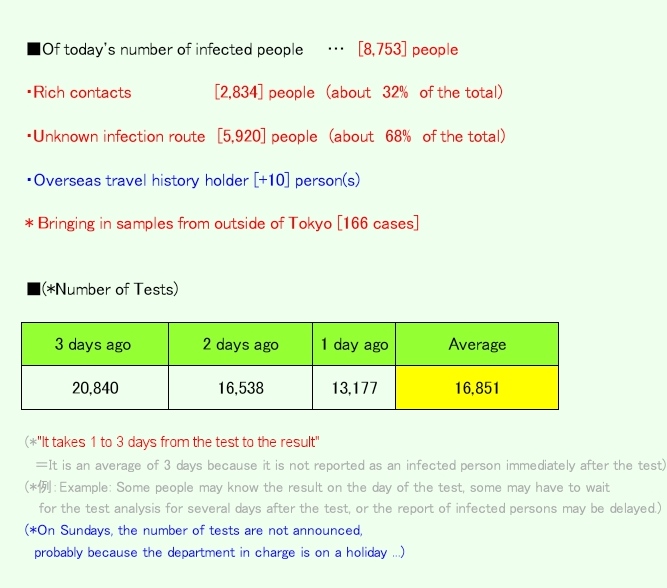 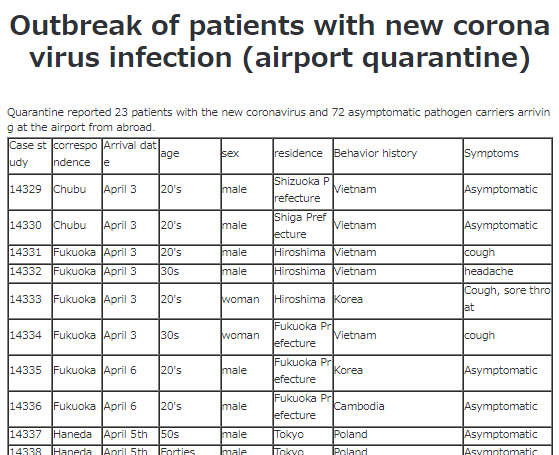 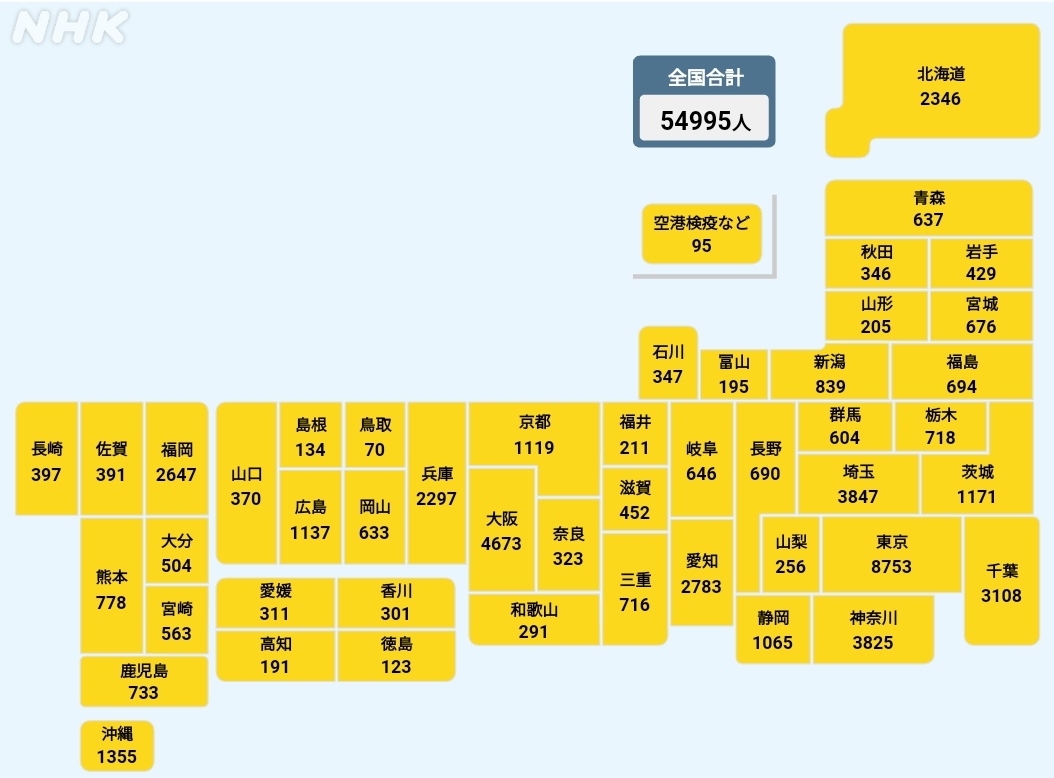 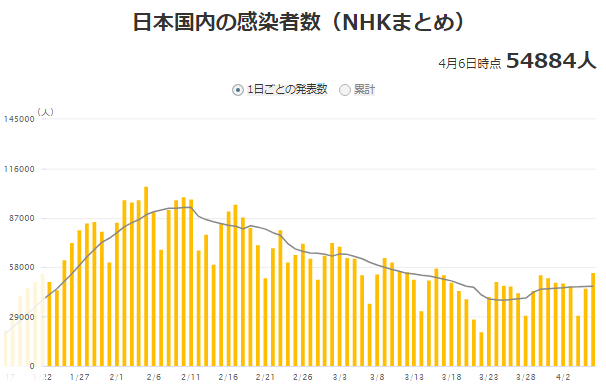 It seems that the expert meeting of the Ministry of Health, Labor and Welfare, which is personally talked about as “it is too mysterious why it exists”, conducted an analysis that is not clear again!

It was announced that the “Fifth Wave” in August last year is thought to have ended thanks to “vaccination” and “reduced contact between people”! 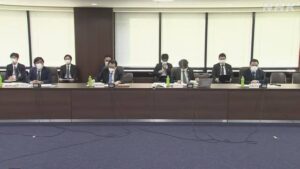 It is very important to verify the past, but what kind of announcement are they making while the “6th wave”, which has a completely different infection tendency, is ongoing?

I would like them to analyze the 6th wave, which does not seem to end at all even after 3 months.
(* The government should have accumulated 3 months’ worth of data, right?)

Anyway … last August … do you feel that contact between people … has decreased …?
I lived normally and didn’t feel like that at all …
Thinking normally … Am I the only one who thinks it’s because of “only vaccination” …?

And even that “vaccination” doesn’t work this 6th wave, so it doesn’t make sense just to analyze it … (dry laugh)

By the way, this expert meeting of the Ministry of Health, Labor and Welfare also says this!

“The number of infected people is increasing in all age groups! “

… I said jokingly (laughs), but the reason why the 6th wave is different from the infection tendency so far, and why it has been going on for so long, is definitely because the government has not taken any measures. There is no doubt that it is, so a “just saying” meeting really doesn’t make sense …

↑ Even at these points, a phenomenon that is completely different from the infection tendency up to the 5th wave is occurring, but this 6th wave means that “infection is spreading in rural areas more than in the metropolitan area” …
(Until now, the infection spread in big cities and spread to rural areas.)

「”The new coronavirus infection will not be forever in the same five categories as influenza.”
(*COVID-19 is subject to strong caution under the Infectious Diseases Control Law, which is equivalent to Class 2)

Well … I’m sorry for those who say “COVID-19 is just a cold!”, but as I mentioned before, the case fatality rate is many times higher than that of influenza. 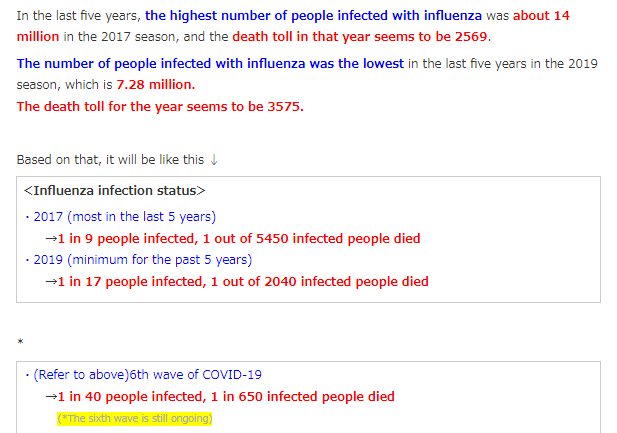 ot only that, the Japan Medical Association says, “No matter how low the severity of COVID-19 is, the problem of sequelae has not yet been solved.“

The story of sequelae is not so much talked about, but it is quite a serious story in the clinical setting …?

It was a word that made me feel that way …

At first glance, we might think, “Oh, did they make a mistake in vaccination again?”, but …

↑”At the Nishitokyo mass vaccination site, a nurse accidentally stabbed a used empty syringe into the arm of an elementary school girl.”

… What?
This is the same one of the lawsuit on the drug‐induced sufferings that was occurred in Japan…
(Click here for details →全国B型肝炎訴訟北海道弁護団)

If medical professionals make such a dangerous mistake, our lives will really go to hell…

We can’t prevent this from happening, but even so, we have to be as careful as possible when vaccination …