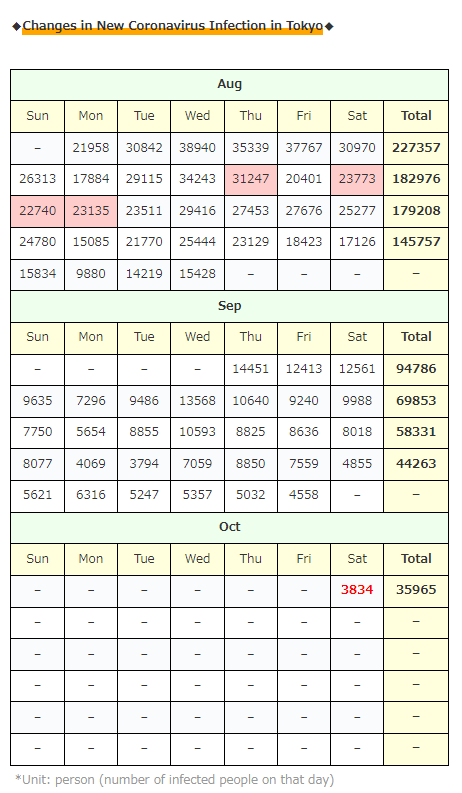 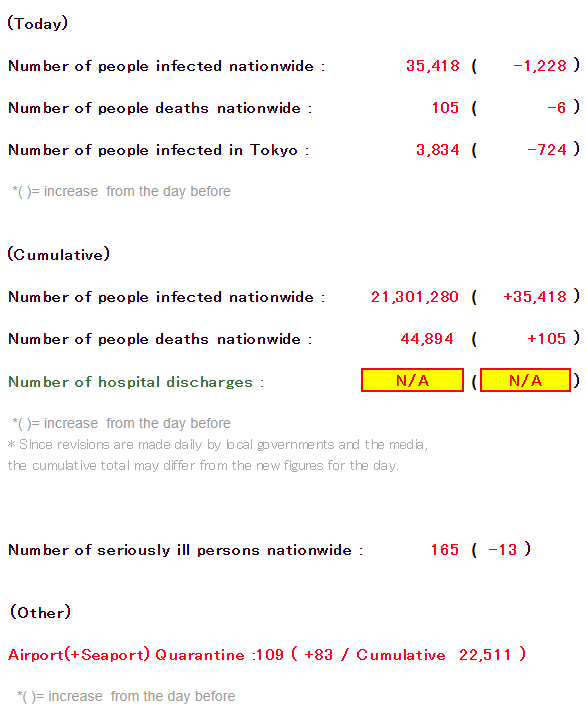 The number of infected people in Tokyo is…
After all, Tuesday to Saturday became “the same flow as usual week”.

(From Wednesday to Saturday, the number stays about the same, but it tends to decrease slightly on Saturday.)

If Tuesday is “increased by the remaining amount of announcements until the previous day”…
The only thing that bothers me is the “unnatural step” between Monday
(For more than two and a half years, there has always been a regularity that “Monday is the least”)

“Limitation of targets for notifiable disease surveillance” has been applied since Tuesday this week, but no matter how you think about it… 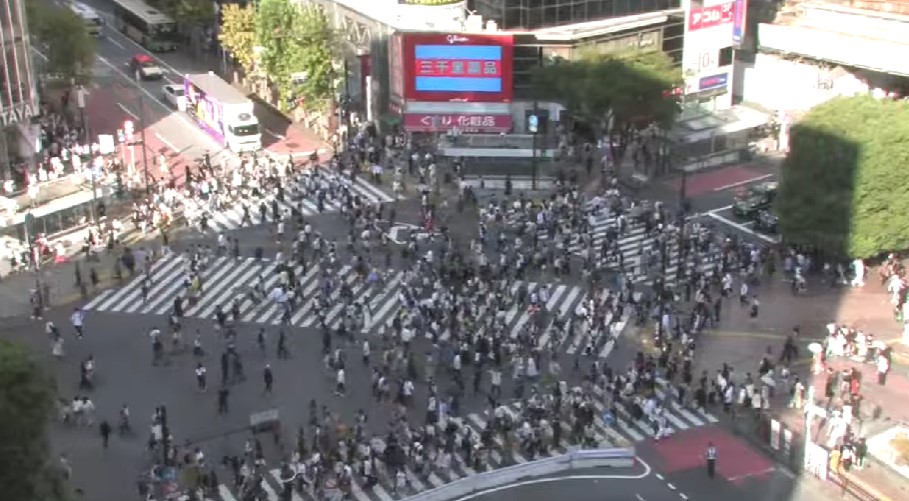 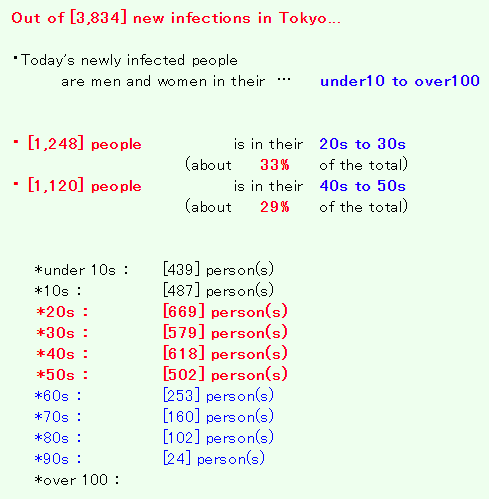 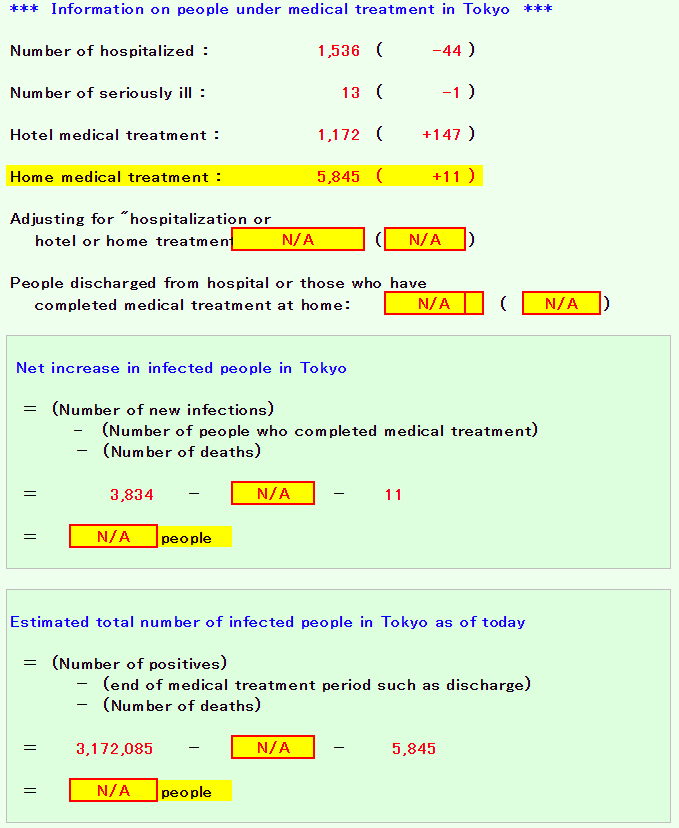 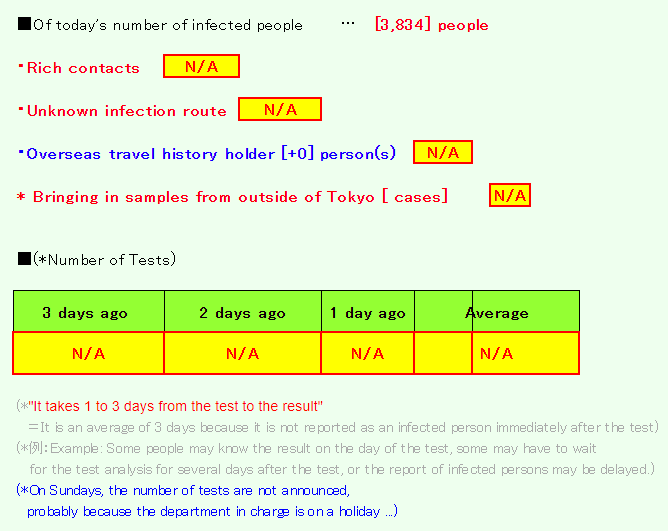 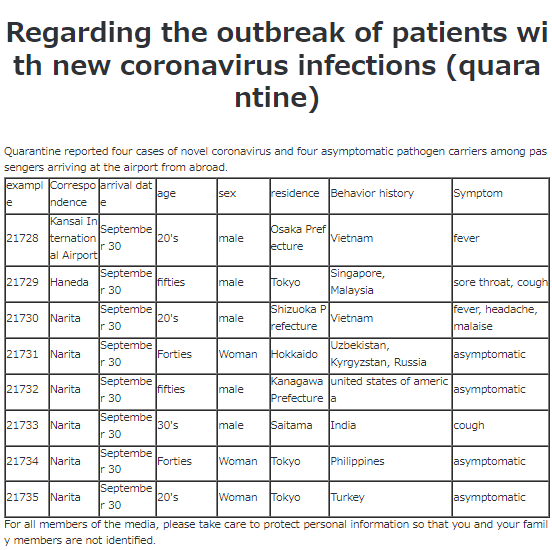 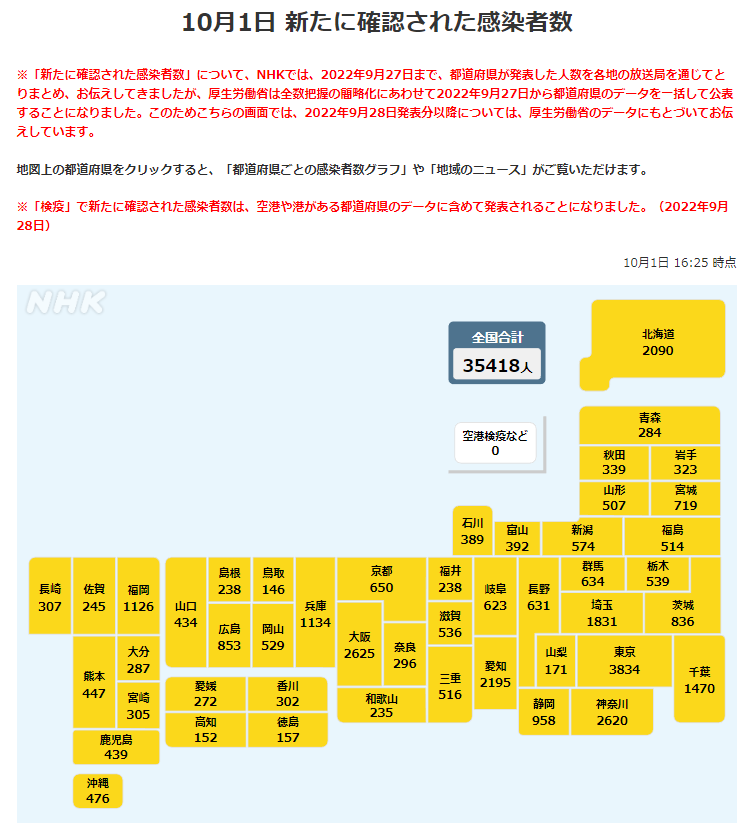 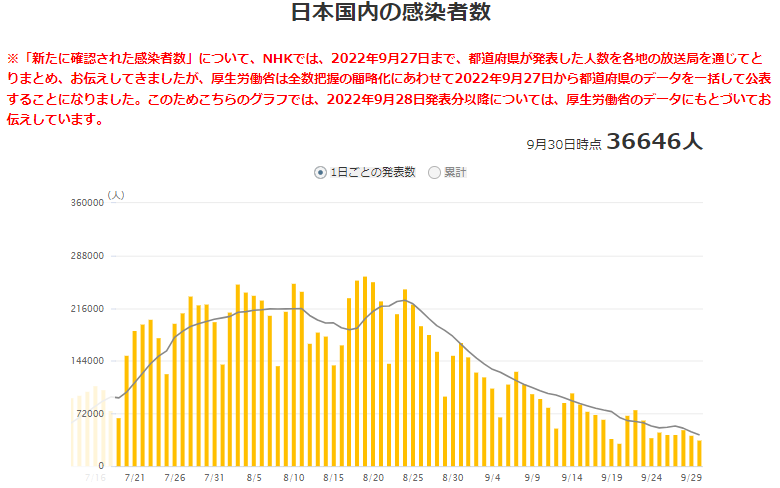 Due to the “Limitation of targets for notifiable disease surveillance”, the number of infected people is becoming strange, but for some reason, the atmosphere of COVID-19 has ended in Japan, as the following news appears ↓

It seems that the Agency for Cultural Affairs has taken a questionnaire on “words related to COVID-19”.

Questionnaire method:
Conducted by mail to 3579 people aged 16 and over nationwide

■Words that people are not familiar with■
(Those who answered OK with the word as it is)
▽ “New normal” is 11.6%,
▽ “Breakthrough infection” and “booster vaccination” are both 12.9%,
▽ “Aerosol” is 14.2%
→ seems that there were many answers that it would be better to say it in another way

Like the “Buzzword Contest” that is held every year at the end of the year, COVID-19 is not “yet” over at all…!

On the other hand, the COVID-19 countermeasures are coming to an end around the world…!

This time, it seems that Australia will also abolish the isolation of COVID-19 infected people!

Except for medical workers, it seems that from October 14th, the 5-day quarantine will not be necessary, and it will only be obligatory to wear a mask at medical institutions.

The trend in the number of infected people in Australia is … ↓ 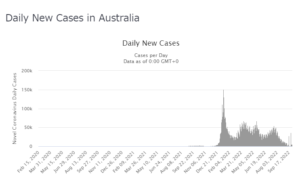 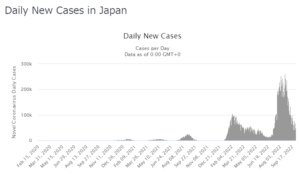 Even though Japan has “just climbed over a stupidly high mountain”, they are envious of other countries and want to imitate them…!

I wonder if it’s a trend in the world…

The flow of moving forward without a solution…

In the United States, it seems that the policy is to ban the sale of gasoline vehicles and only allow vehicles that do not emit exhaust gas, such as electric vehicles.

In this article, the deadline is 2035 in New York State.

People aren’t familiar with electric cars yet, and the continuous driving distance is too short compared to gasoline cars, so there are a lot of problems…!

As is the case with COVID-19, it may be that the culture around the world is becoming “Do only what you want to do!”