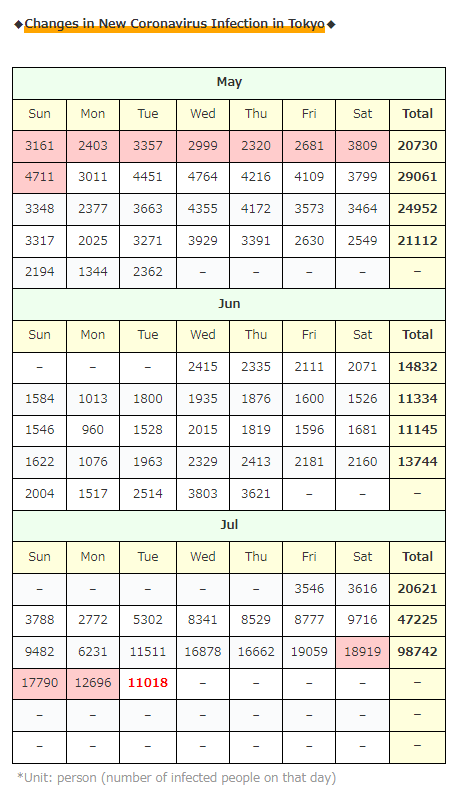 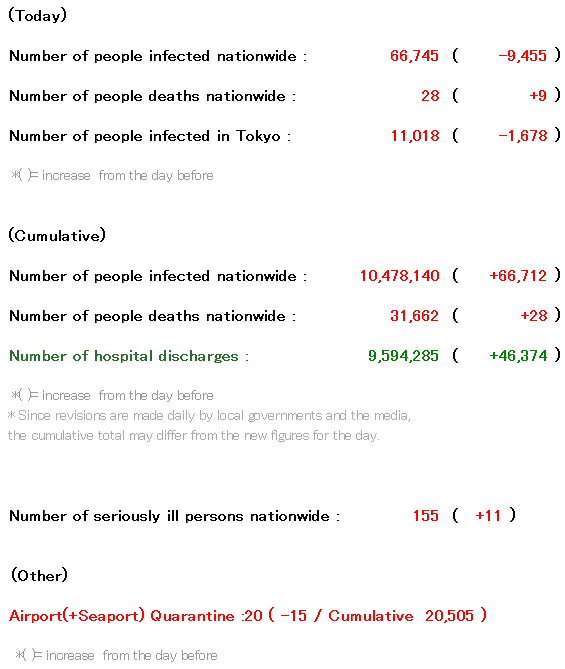 The number of infected people in Tokyo is ..
Today is the day after the holidays, so today is the lowest number these days … but 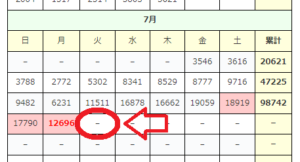 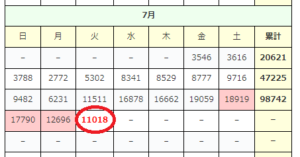 By the way, super expansion will start from tomorrow, but what will happen … 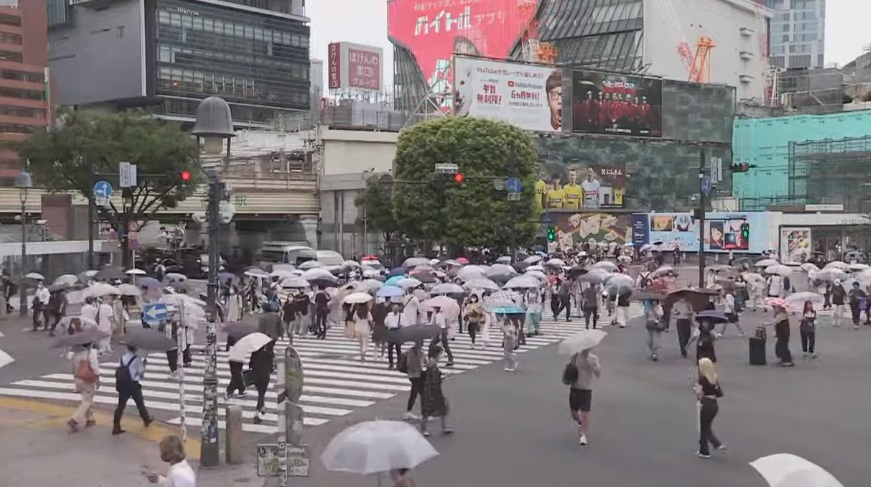 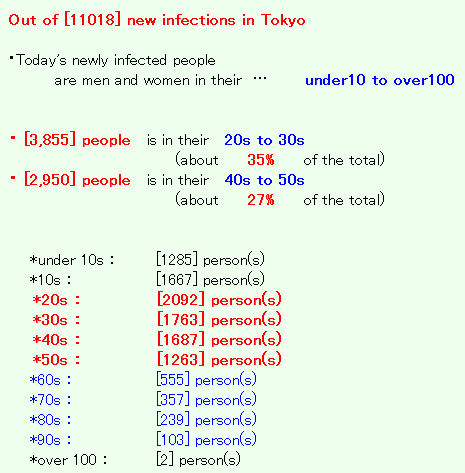 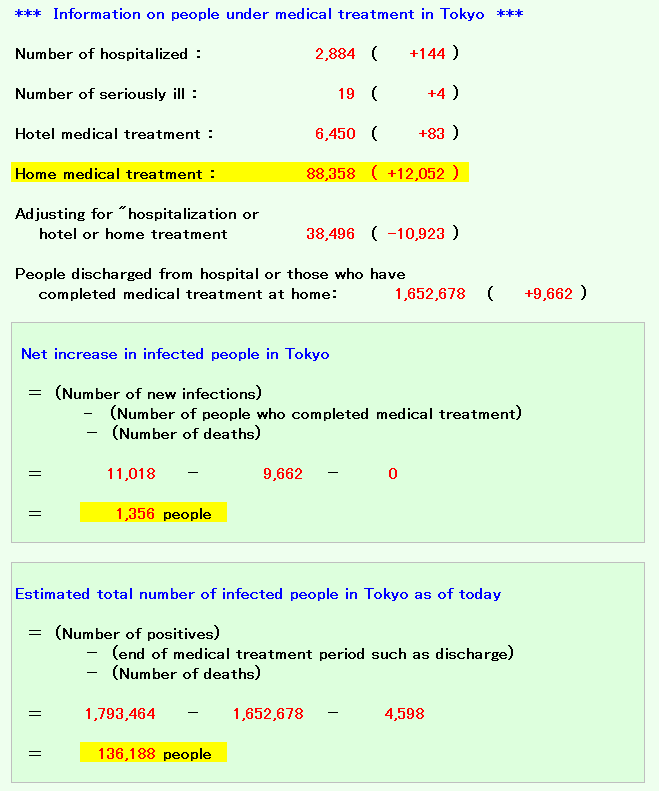 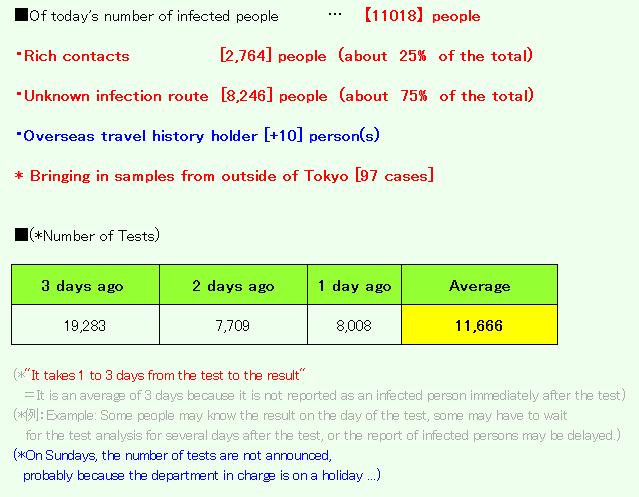 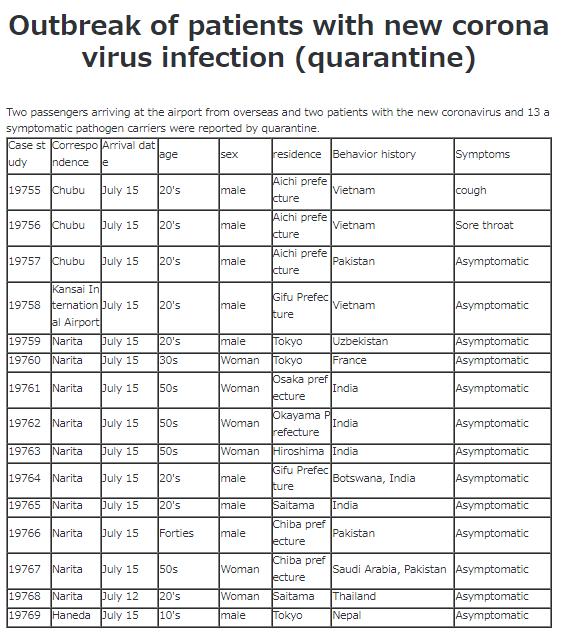 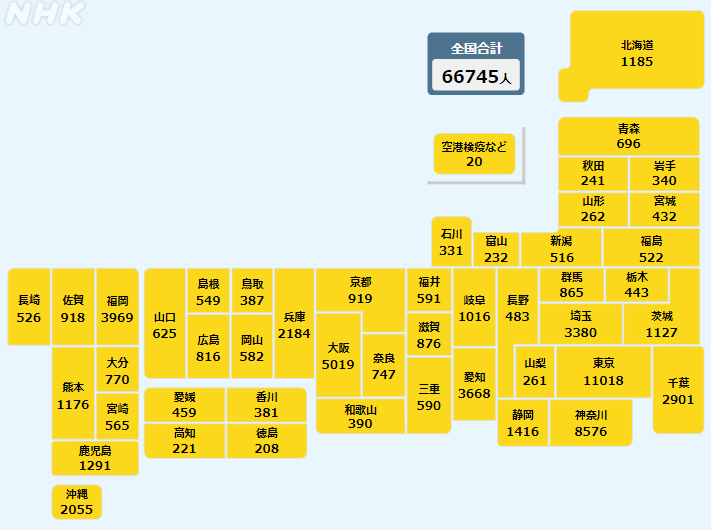 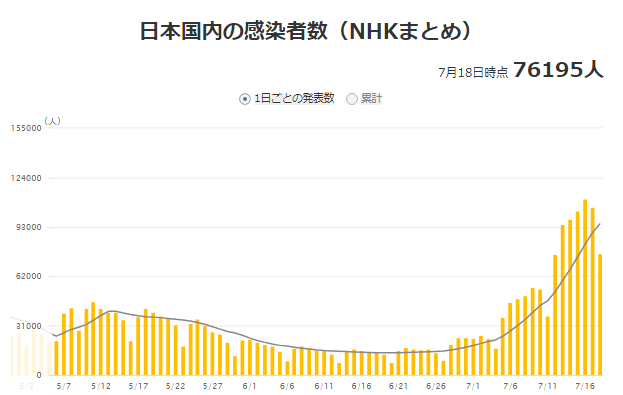 Well, today is the day after the holidays …
Domestic infection situation … or rather, the number of infected people in the country is just waiting for the promised big explosion like a balloon before it bursts, but …

As of last Wednesday (July 13th), when the super spread of infection was revealed to everyone, the number of home recuperators nationwide was about 330,000.

Also, as of Jul 14, the bed usage rate of hospitals in Okinawa, Wakayama, and Kumamoto has already exceeded 50%.

Also, as I introduced the other day, in this 7th wave, there are some young people and children in their 20s or younger who are seriously ill, and it’s increasing day by day, but … 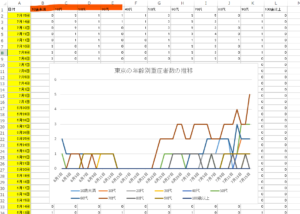 There seems to be a surge in children’s desire for vaccination.

At Aiiku Hospital in Minato-ku, Tokyo, which specializes in maternal and child medical care, the number of children requesting vaccination began to increase last week, and it seems that all reservations have been filled for two consecutive weeks.

According to the doctor at this hospital … 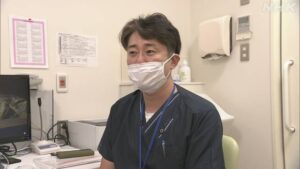 Takashi Urashima, Director of Pediatrics, Aiiku Hospital
“Most infected children are not vaccinated.”

Infection in child welfare facilities such as nursery schools is also serious, and it seems that 109 clusters (twice the previous week) have occurred nationwide during the week from July 5th to 11th.
→ That means more than 15 cases a day …

An increasing number of children are taking off their masks indoors as a measure against heat stroke, but the staff at child welfare facilities are worried about whether to encourage children to wear masks again because the infection is spreading. 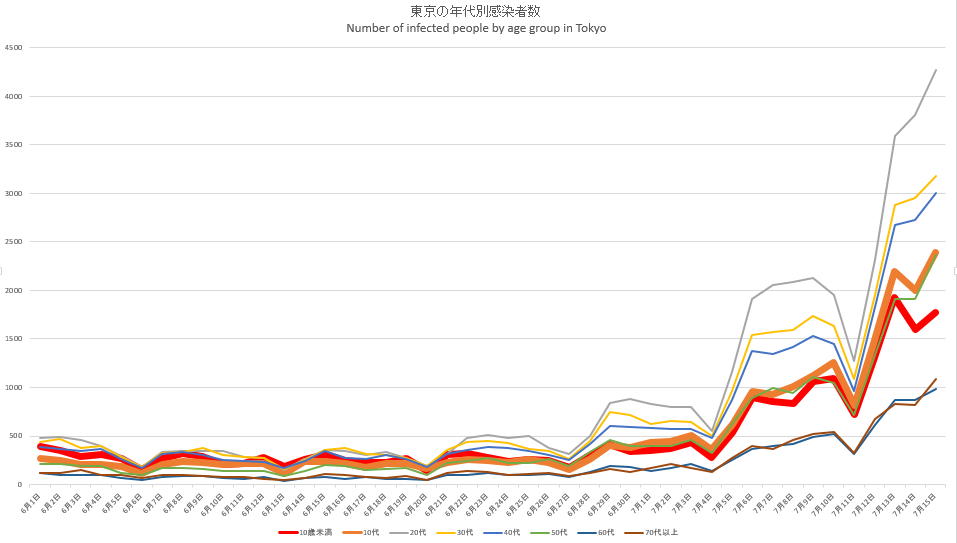 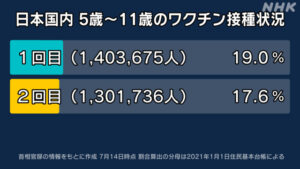 This wouldn’t have happened without the government’s stupid announcement that “you don’t have to wear a mask!”, but why couldn’t they say, “Don’t go to a hot place to prevent heat stroke!” instead of saying that you can remove the mask …

By the way, academic societies such as the Japanese Association for Acute Medicine have published a guide for medical professionals on measures against heat stroke such as wearing masks. 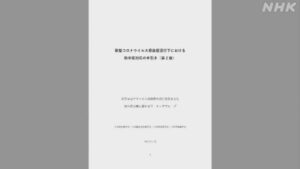 ・Healthy adults do not increase the risk of heat stroke even if they wear a mask.

・Elderly people and children are more likely to suffer from heat stroke than adults
→Not only removing the mask, but also air conditioning and hydration are required

↑↑ You can see that the government’s announcement regarding COVID-19 measures is completely unreliable.

Due to the mitigation policy implemented by the Japanese government in June, super spread of infectious diseases is currently occurring in Japan, which is worse than anywhere else in the world, but for those of us who want to take proper measures against infectious diseases and take measures against heat stroke as a matter of course, the situation will continue to be really troublesome …