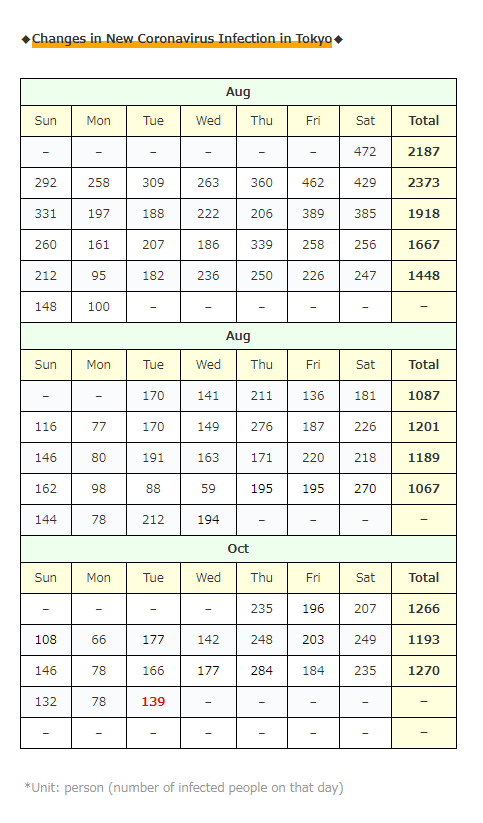 The number of new infections in Tokyo happened to be exactly the same as last week!

Monday is stable with a small number!

→in the volleyball club = Cumulative [30] person(s)

→Men and Women from Nepal, The Philippine, The United States, India, etc. [7] person(s)

* The same infected person is present at the party on the 11th, cumulative infected people on 11th are 4.

→Outbreak of factories in the prefecture [6] person(s)

*It was announced that the nosocomial infection [total of 33 people] at “Kashiwa Tanaka Hospital” in Kashiwa City has ended.

First of all, from here today … 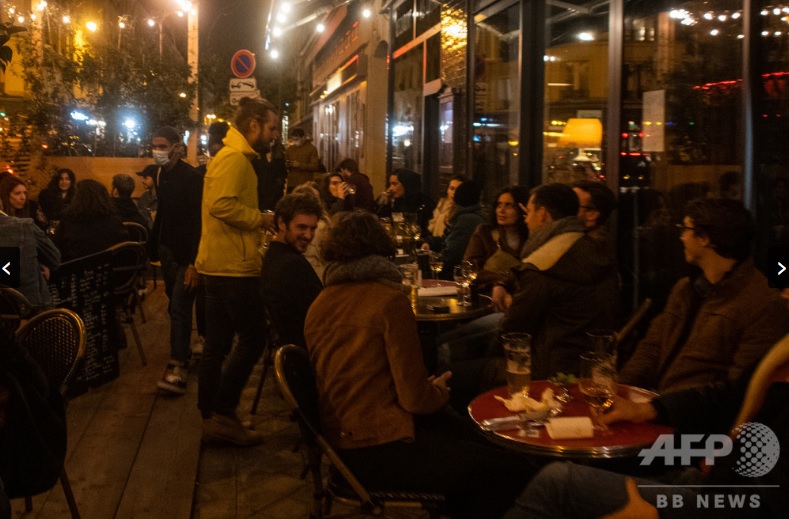 “The city of Paris on the 16th, ahead of the enforcement of the ban, had an atmosphere like the end of the year, the bar table was full of customers, and laughter was heard …”

As expected, I would like to live in Europe like this, but I wonder if Japan has not spread the infection because there are many people who refrain from doing so …

it will be locked down again for the first time in Europe from the 22nd.

(* Schools and childcare facilities will not be closed)

As such, the number of newly infected people in Tokyo has been lower this week than last week, but it seems that the infection is still “expanding” overseas.

as of noon on the 20th, the infection situation is as follows, and it is said that it is the most common in Southeast Asia.

・Cumulative number of infected people is about 370,000

Indonesia is about twice the population of Japan, so it’s not strange that there are about twice as many infected people and deaths as Japan, but…

The infection is quite widespread in Indonesia …

Prime Minister of Japan Suga will move from Vietnam to Indonesia on October 20th.

You will visit at a great timing …

Infections are spreading overseas, but in Japan …

Recently, “Go To Eat” has been talked about in both good and bad ways, but in the (only) 10 days from October 1st to 9th of this month when the system started, about 5.58 million people have already made reservations!

And the amount of points awarded is 4.9 billion yen.

The breakdown is as follows

And the same “Go To Eat” business “Meal ticket with premium” is on sale, but in Kyoto it seems like the following situation!

Everyone is going to play and eating out unexpectedly. .. .. ..

… But it’s a good thing for people in the restaurant industry.

And there are only two more things I would like to share with you in the news about the new coronavirus (COVID－19)!

Regarding the PCR test for the new coronavirus (COVID-19), private companies are entering the market one after another to test for those who wish to test even if they have no symptoms (for work or travel purposes).

To test itself is a good thing!

But there seem to be some problems …

陽Even if it is positive, it is not a law to report to the health center, and there seems to be a test of a private company that does not have a doctor, so it is scary to think so…

In the first place, if a doctor comes in and tests it, it seems that the test is reliable even in a private company, so I’m glad that the test is done in the private sector and (maybe) when I take the test. , Otherwise I’m a little scared.

Minister of Health, Labor and Welfare Tamura said, “We will consider creating a system as soon as possible”!

The last topic is good news!

It is said that 44,000 people are already conducting Phase 2 and final Phase 3 trials in the United States, Germany, Brazil, etc.

Regarding Pfizer’s vaccine, the Japanese government seems to have contracted to receive “about 120 million doses in the first half of next year (supplied in June in the first report)”, but it is moving forward step by step.

I think for a moment!

It is steadily decreasing today!

Autumn of appetite … Yes, it’s because of autumn! (lol)

And here is the news that interests me today, 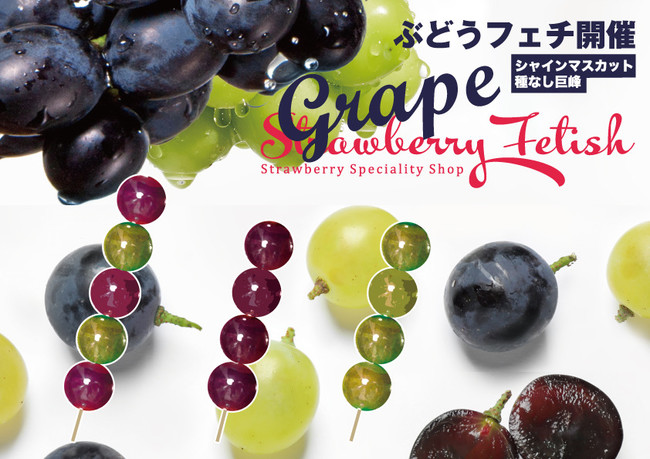 I’ve never eaten “strawberry candy”, so I’m curious about that too! 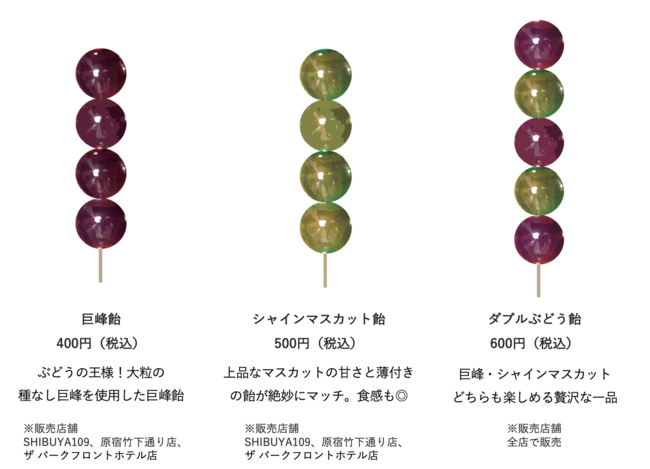 Takeout is perfect for preventing infections!

But … it’s getting cold, so be careful not only to prevent infections but also to catch colds!