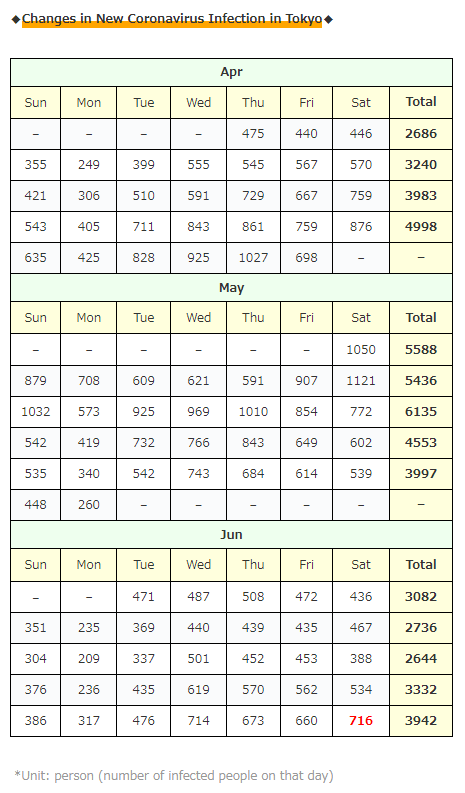 The number of newly infected people in Tokyo was nearly 100 more than the previous week for about 3 days, but today it has increased by nearly 200 …

And today is Saturday, I calculated the total number of newly infected people in Tokyo for one week, but… 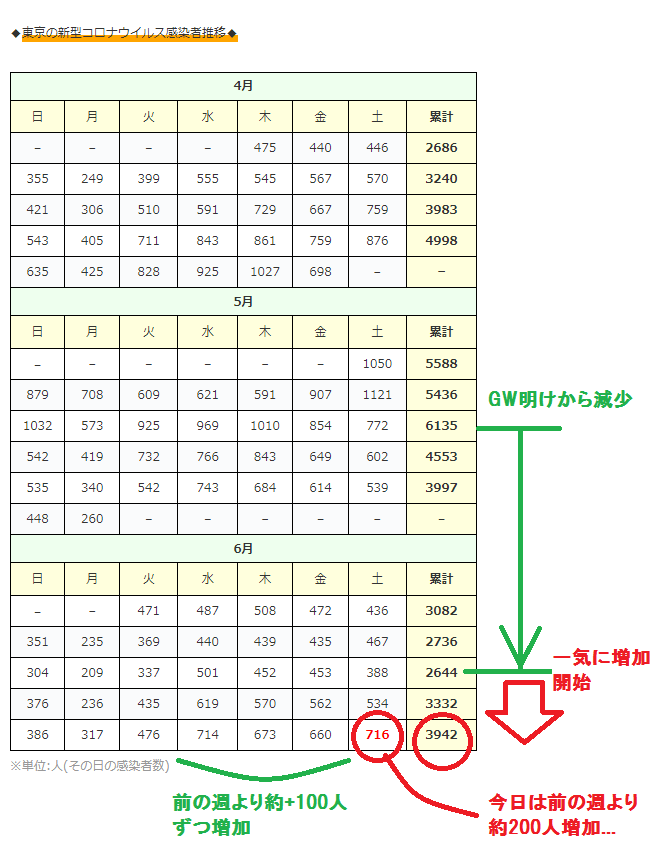 Looking at the total number of weeks, the number has increased by about 600 to 700 every week since two weeks before the state of emergency was lifted … 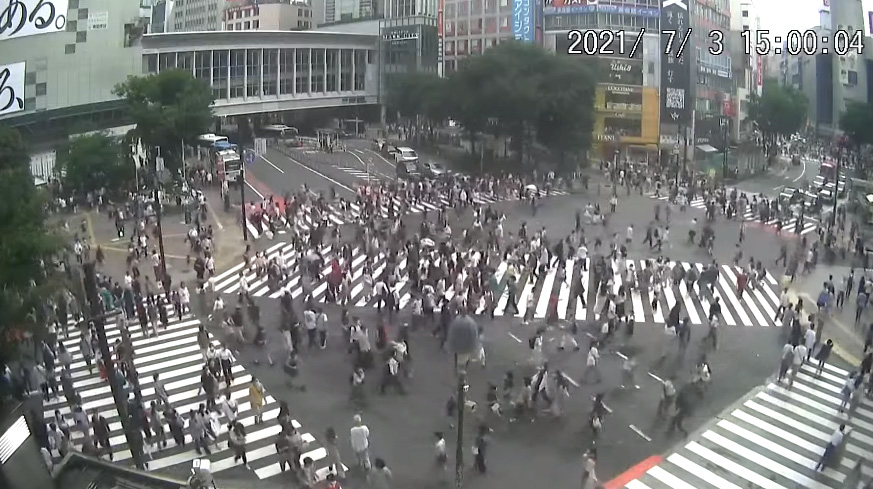 *There is no cluster today! 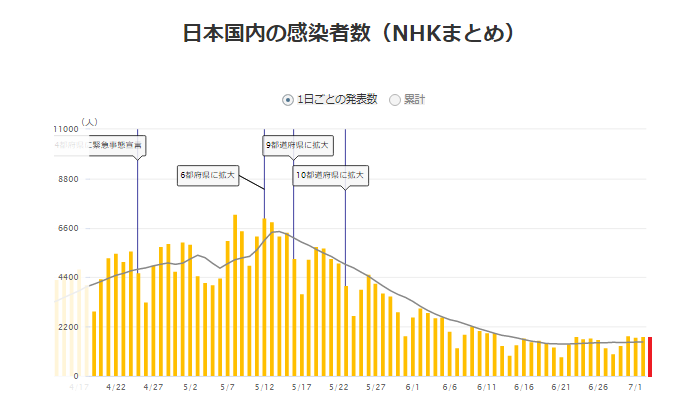 I think it’s the same in every prefecture, but … 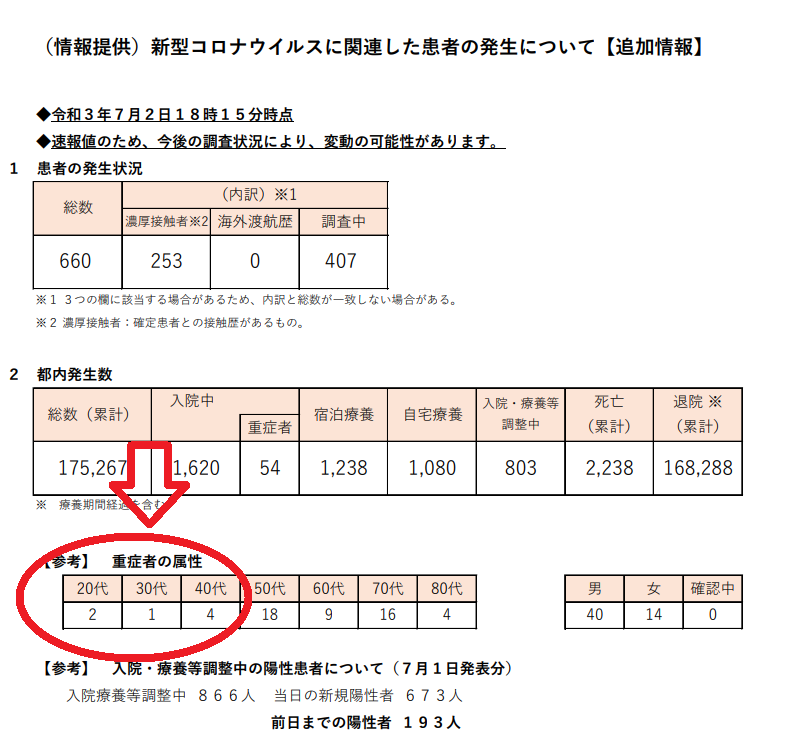 ↑↑ In Tokyo, two people in their twenties have been in a serious condition since June 29, four days ago …

And it seems that there are people in their 30s and 40s who are seriously ill, and you can see that the risk of aggravation is spreading to most generations … 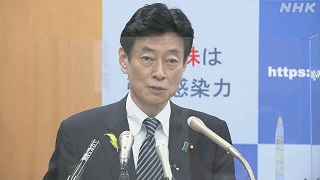 ↑ Mr. Nishimura, the minister in charge of economic revitalization, said, “I would like to pay close attention to the status of the medical care provision system and carefully assess it.”

But we just want to say, “Are you looking at the situation properly?” (dry laugh)

So, continuing from yesterday, I made some graphs based on the data from (東京都福祉保健局)!

First of all, from the recent infection situation in Tokyo … ↓

(The daily number of infected people in Tokyo) 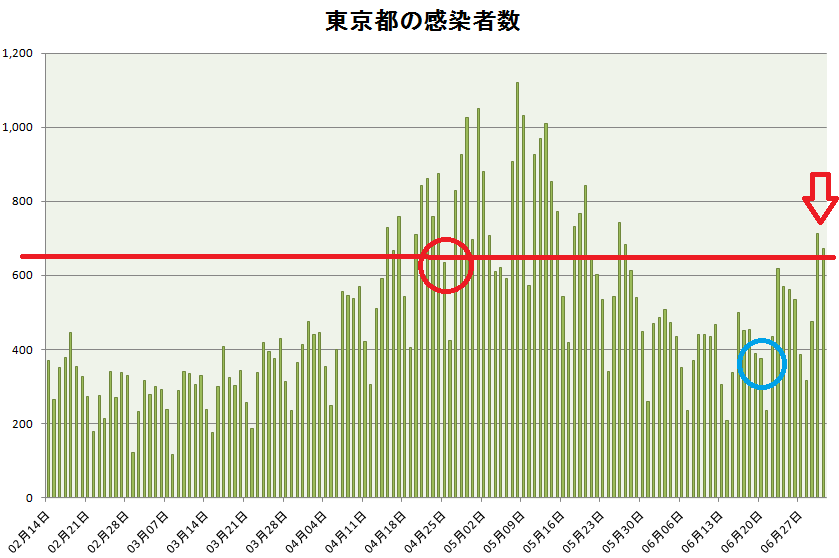 ↑ The last state of emergency (at the time of the 4th wave) was announced on April 25, but now the number of infected people has already exceeded that level …

And since the state of emergency was lifted on June 20th (blue circle), you can see that the infection situation has expanded rapidly this time unlike before …

By the way, I also made a graph of “Comparison of the daily number of infected people in Tokyo with the same day of the previous week”! ↓ 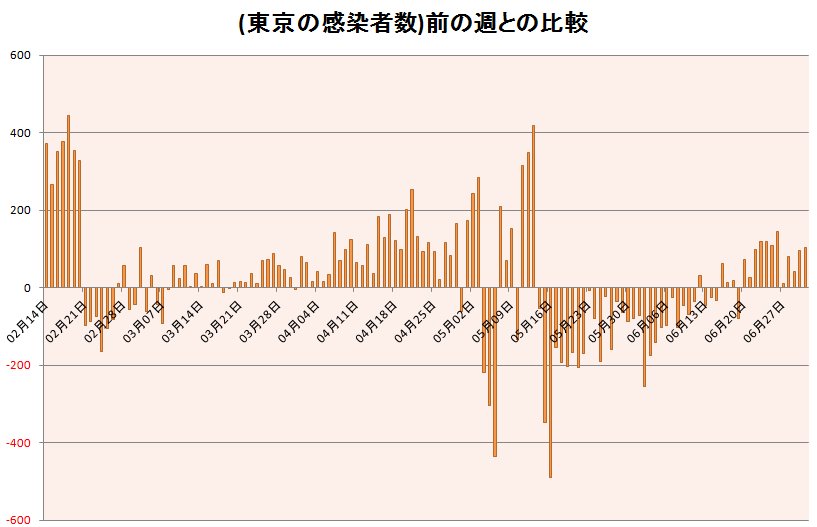 Although it has decreased at a stretch since the end of Golden Week, the increasing trend has become remarkable since the day when the state of emergency was lifted (June 20th).

It’s too scary to have such a beautiful shape …

In addition, the Minister for Economic Revitalization Nishimura said, “We will pay close attention to the medical care provision system.”
However, the current changes in the number of seriously ill people in Tokyo are as follows … ↓ 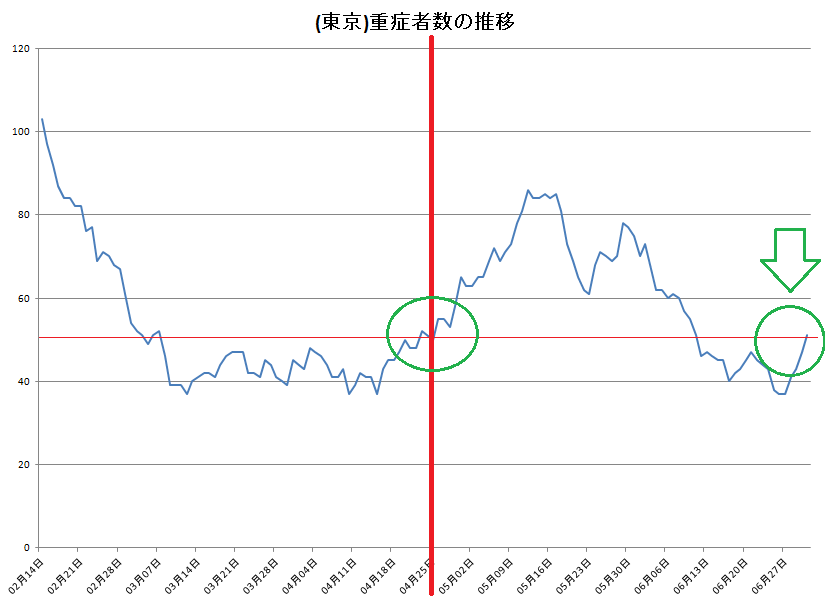 There wasn’t much news about COVID-19 today, so I made a lot of graphs, but it’s still very easy to understand the situation by looking at the graphs!

The Tokyo Olympics will also be held this month, so I don’t think the government will issue a state of emergency, but … what will happen …?

If you read this, please be more careful about infection prevention measures this month than ever before …!

The infection is more widespread in the city than before, but the government may not take any action more than ever …!

It seems that vaccination for people under the age of 64 will start from late July to early August!

The supply of Moderna vaccines used in “workplace vaccinations” and “large-scale government vaccination centers” seems to peak in late July, and there are likely to be many reservation slots around that time!

Japan has signed 50 million contracts for the Moderna vaccine, of which the supply in June last month was 13 to 17 million!

However,
the first vaccination was done in early August,
the second vaccination was completed in late August, and
it will be effective three weeks later…,
so the latter half of September …

I wonder if it will be a little faster … 🙁

When will the vaccine arrive in Japan?! [COVID-19]

*** This article is written with the help of Google Translate... *** Hello! Thank you for your inter...