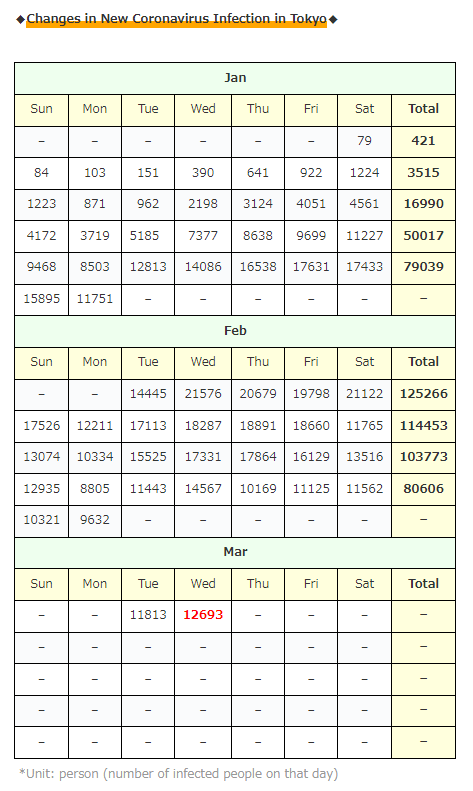 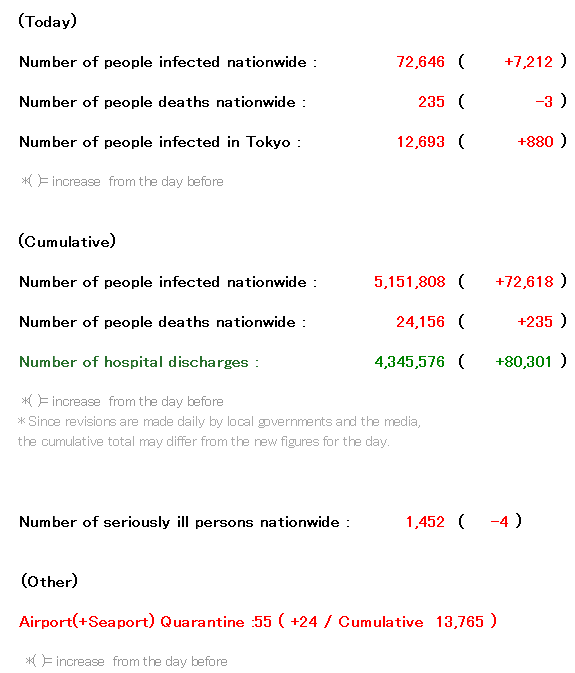 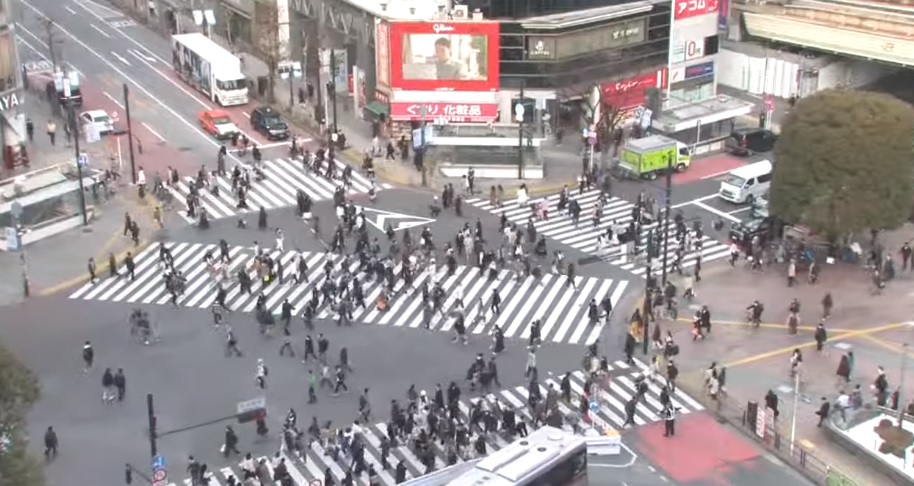 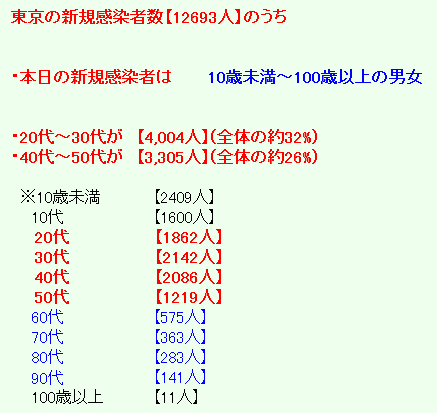 ・ There are [606] patients who are close contacts and have symptoms and are diagnosed with infection without PCRtest at the doctor’s discretion. 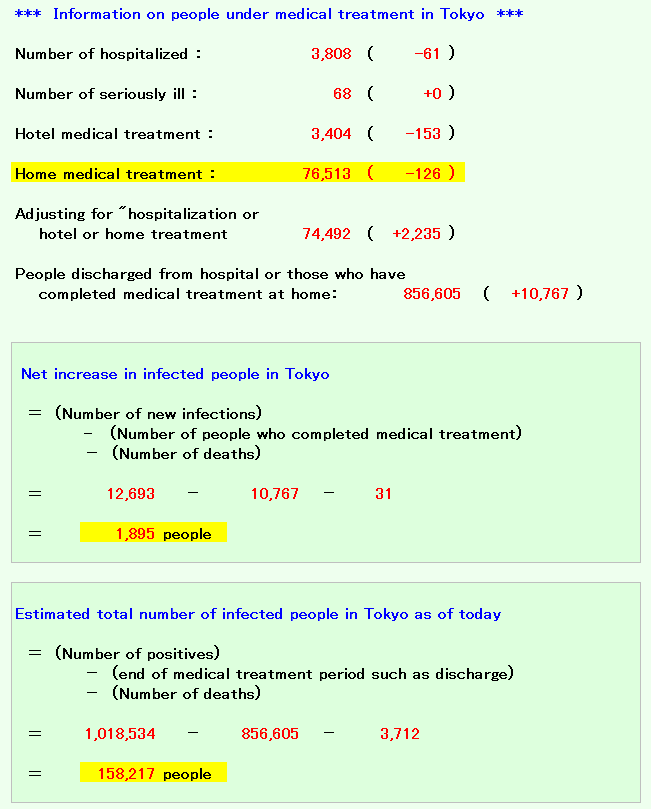 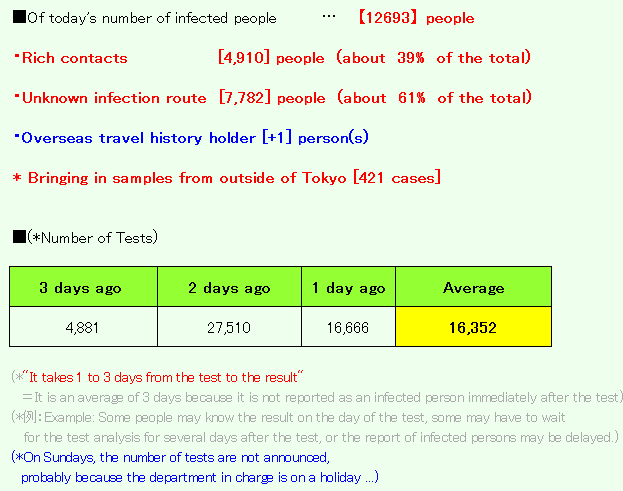 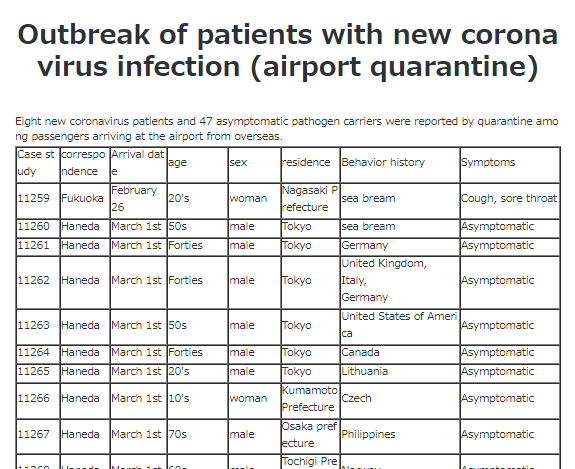 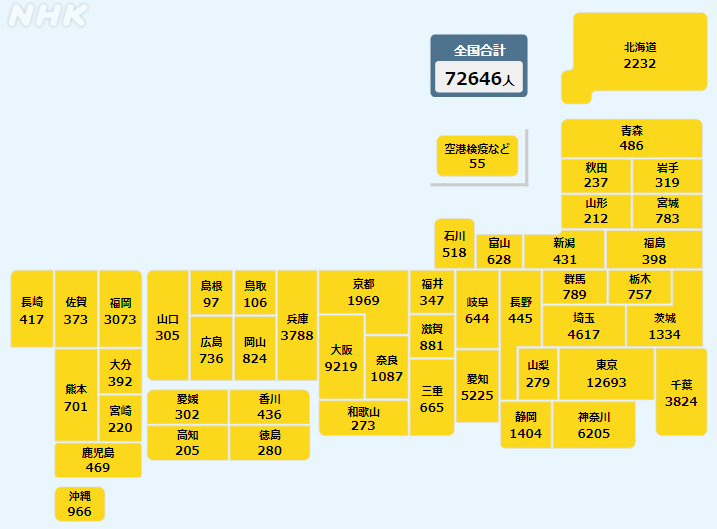 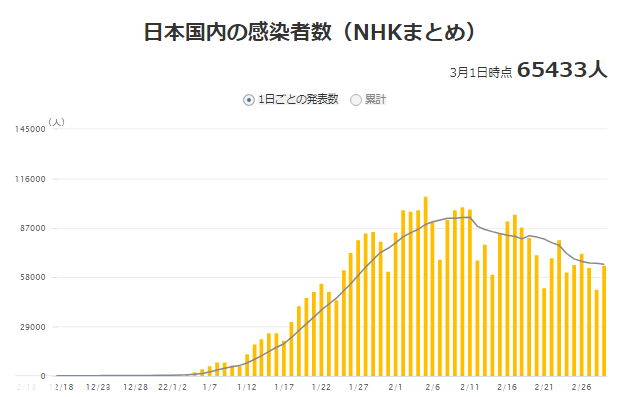 In Tokyo, the cumulative number of infected people has finally exceeded 1 million yesterday …

The population of Tokyo is said to be about 14 million, so it is a terrifying situation that about 1 in 14 people have been infected … 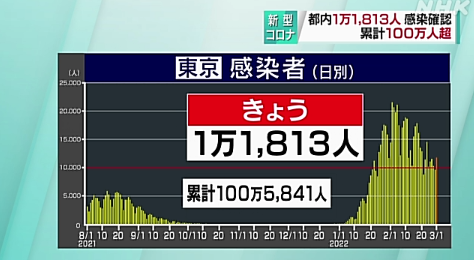 How bad this is …
It seems that the number of people on the train during the morning rush hour is 250 to 300 people per car, so in other words, about 20 people have been infected with the same vehicle …
(ITMediaNEWS)

And, in this summary article, I introduce every day that “Tottori, which has the least number of infected people in Japan, is dangerous” … but the problem may have spilled over into Shimane prefecture…. 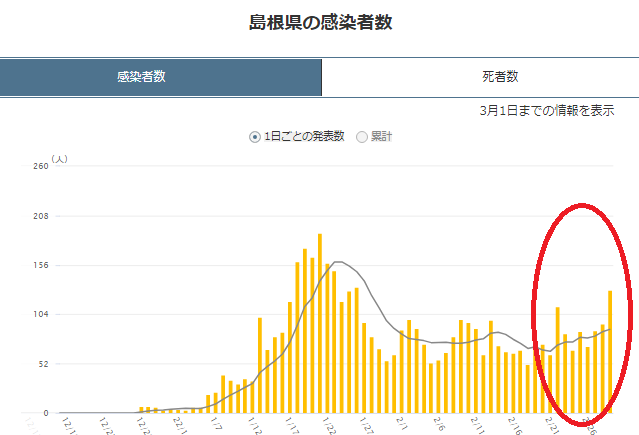 This … No matter how you think about it, it has stopped lowering …?

Warm days have continued in Japan these days, but I hope that the range of human activities will expand and the infection will not spread any further …!

By the way, what the Japanese government is doing is … 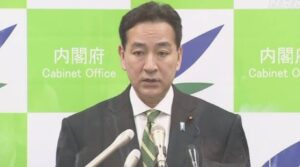 “When applying priority measures such as spread prevention, it had no effect unless it was applied collectively in Kansai and Kanto!”

“But this time it’s the opposite! I’ll release it from where it can be released!”

And … to my surprise, immigration restrictions have been relaxed in Japan…!

It seems that it has decided to allow foreigners to enter the country excluding tourism, and it is said that it will increase the number of foreigners entering the country from 3,500 to 5,000 a day …

(Changes in the number of infected people found in airport quarantine) 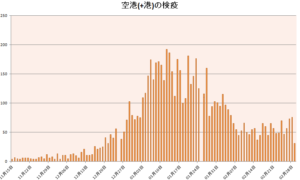 ↑ In this way, despite the fact that the influx of viruses from overseas is finally decreasing …!

By the way, the most important thing about this mitigation is that
“after entering Japan, waiting at accommodation facilities or at home for 7 days in principle will be unnecessary if a negative test is confirmed on the 3rd day.” ←It’s OK, but↓
“If you have completed the third vaccination and you are entering the country from an area where the spread of Omicron variants is not seen, you will be exempted from waiting measures at all.”

I’m really happy that foreigners come to Japan again, but is that now? I’m thinking…

Anyway, it seems that the Japanese government has not learned anything from the outbreak of infection from the influx of Omicron variants from December last year … (disappointment)