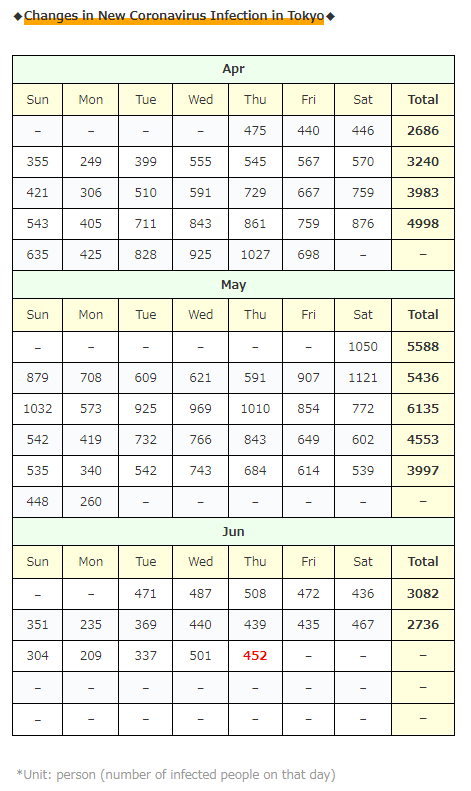 I hope it’s not a full-fledged increase … 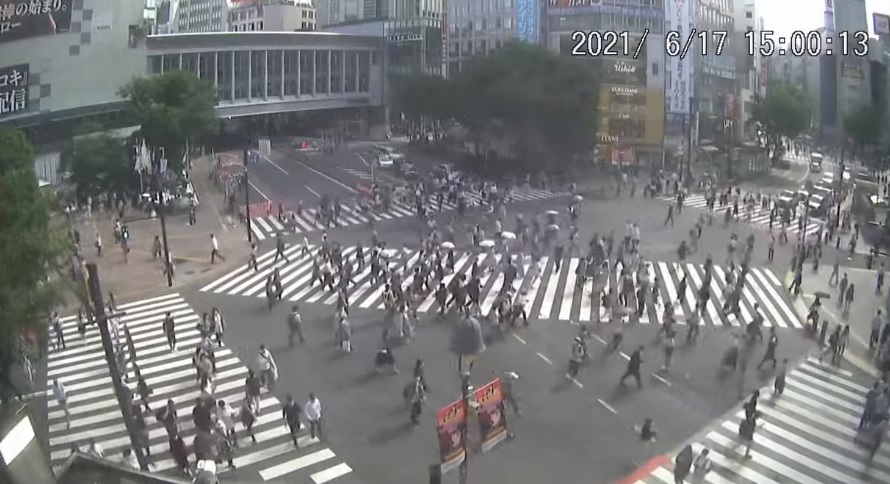 ・”Towa no Mori Sanai High School” in Ebetsu City
*Today [new] person(s) / Cumulative [8] person(s)
*This is the third cluster in this high school.
(I feel like it’s all in one cluster …) 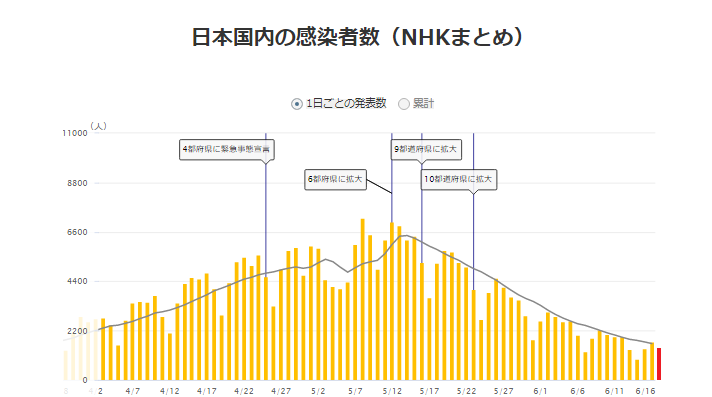 ↑ The deadline for declaring an emergency is June 20, but information is beginning to appear one after another.

Since June 20th is the next Sunday, I think that information will be available tomorrow, June 18th (Friday), which is this weekend, but the following is a rough summary of the information so far.

①Okinawa continues to declare a state of emergency

②Cancellation of the state of emergency in the other 9 areas
*However, only shift to priority measures such as prevention of spread

③Requests for post-cancellation measures (priority measures such as prevention of spread, etc.) are being issued one after another from areas where the state of emergency is applied.

④The government intends to continue the event limit of 10,000 people even if priority measures such as state of emergency and prevention of spread are lifted.

⑤The deadline for the declaration of Okinawa and preventive measures in other areas is until July 11th.

It seems that the governors of each local government are also in a situation where they “release while being cautious” …!

Also, as news related to vaccination …

Recently, Prime Minister Suga has said every day that “vaccination is progressing at a faster pace than expected.”, but

As planned, the priority vaccination for the elderly will be completed by the end of July!

Also, thanks to the increasing pace of vaccination, it seems that some local governments have already started distributing vaccination tickets to 18-64 years old, but

It seems that this week’s reservations have already been filled at the large-scale vaccination centers in Tokyo and Osaka, where the reservations were only half full until the day before yesterday ;;;

By the way, the infection situation in some areas including Tokyo has stopped declining and the direction of clouds is becoming suspicious, but I hope that vaccination will progress considerably next month and you will be smiling!

By the way, in overseas COVID-19 related topics …

n some states in the United States following Israel,the first vaccination rate seems to have exceeded 70%, and COVID-19 regulations other than wearing masks seem to have been completely lifted! 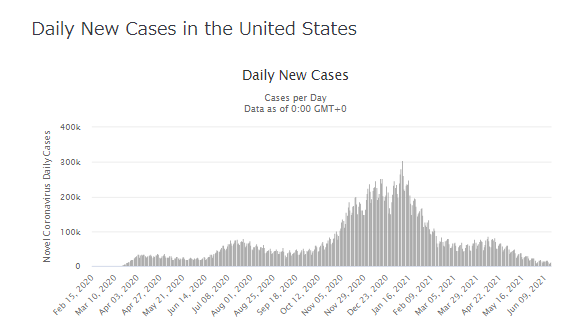 ↑↑ Thanks to the vaccine, the United States is approaching the end of COVID-19!

I wonder if Japan will be like that soon …! (Expectation)