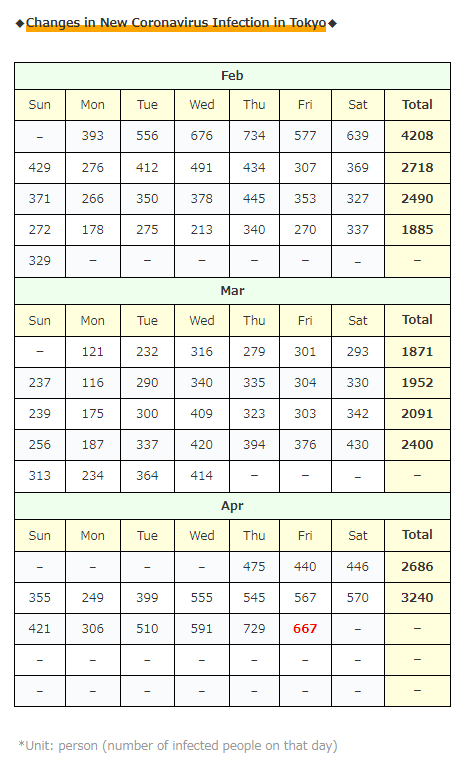 Yesterday, the number of infected people suddenly reached the 700 level, and I hope that it will not accelerate from here and expand rapidly … 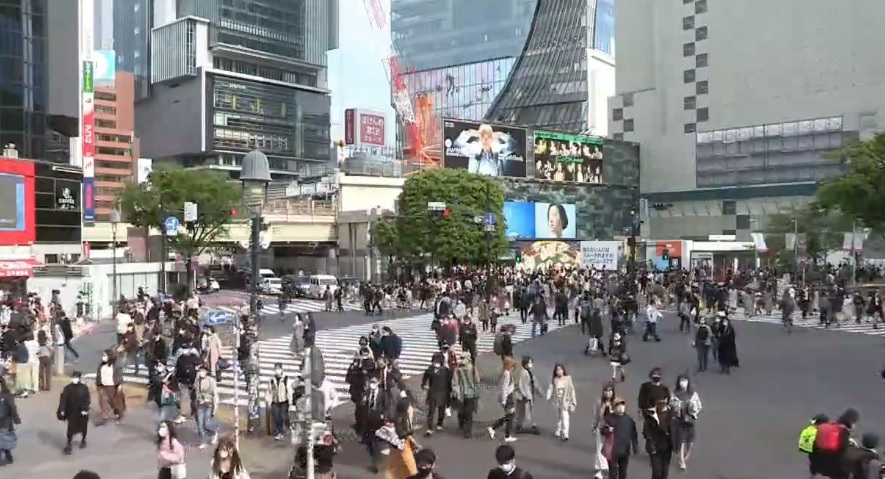 ・Infection at a dinner with friends and acquaintances [29] people

・Infection in the facility [35] people

・ There was a case of infection at a new party of a university circle.

・After the event, about 20 people had a drinking party until the morning and were infected.

*The highest number of infected people ever (4 consecutive days)

*More than Tokyo for 18 consecutive days 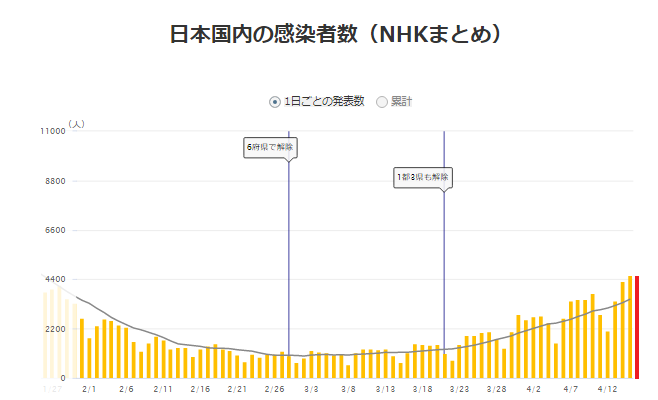 The infection situation is getting worse every day in Tokyo and Osaka …! (cry)

Regarding the infection situation in Tokyo, according to Mr. Omi, chairman of the government subcommittee, it is as follows …!

“We should assume that the infection in Tokyo will spread rapidly.”

“It’s too late to do it after the rapid expansion is visible on the surface.”

No … We can only think that the rapid expansion has begun …

In connection with this, at a monitoring conference in Tokyo,

experts pointed out that “the infection may spread more rapidly than the third wave, and the wave may become larger.”

The speed of infection spread is faster than the third wave …?

And there are more infected people at the peak than the third wave …?

The remarks that are only scary continue … (cry)

At the meeting, Governor Koike, the leader of Tokyo’s countermeasures against the new coronavirus, said as follows.

“Please cancel or postpone the trip during the Golden Week holidays.”

“Minimize going out in Tokyo and shop once every three days.”

“Now is the time to make an effort. Thank you for your behavior change.”

There are no new measures …

Apparently, the current situation in Tokyo is betting only on “priority measures such as prevention of spread” …!

By the way, “increase in the number of people at night” seems to be an important indicator to grasp the sign of the spread of infection, but the number of people in the city from 20:00 to 22:00 in Tokyo is 1.78 times that of the first week of the state of emergency (January) this week …!

Not only that, but also it’s getting warmer, so I think that it’s going to increase more … (dry laugh)

How much will the government, which cannot stop the spread of the infection, and those who cannot stand going to drink or refraining from drinking, take away precious time and memories of young children, and also take away the opportunity to meet grandchildren of grandpa and grandma…

I hope that not only will the spread of the infection stop, but that it will end firmly …!

Tottori Prefecture is still in a very dangerous situation …! 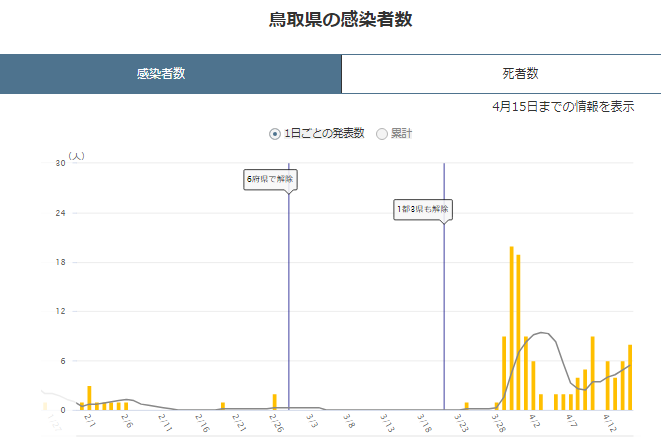 I hadn’t checked the infection status of Tottori for a while, so I was wondering if it had already spread …, but 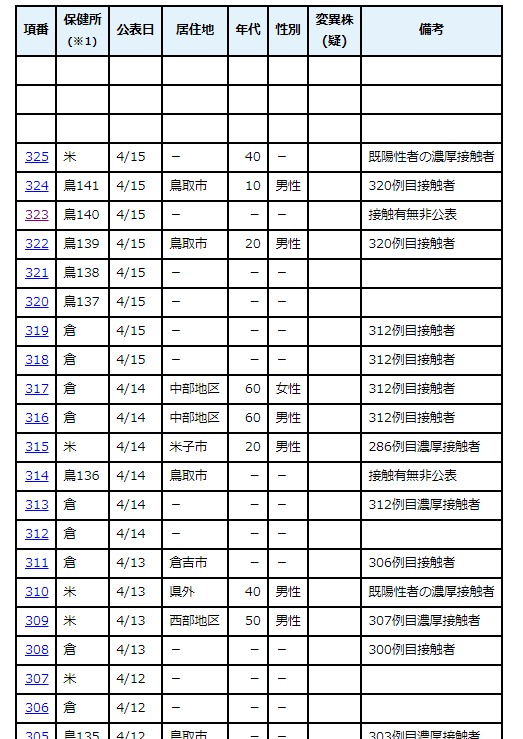 Most of them are still “close contacts”, and there are still few “unknown infection routes” …!

Little I was relieved!

However, if you trace the roots of that “close contact”, the infection has started from people whose “infection route is unknown”, so it seems important how to suppress the few “people who bring in viruses”…