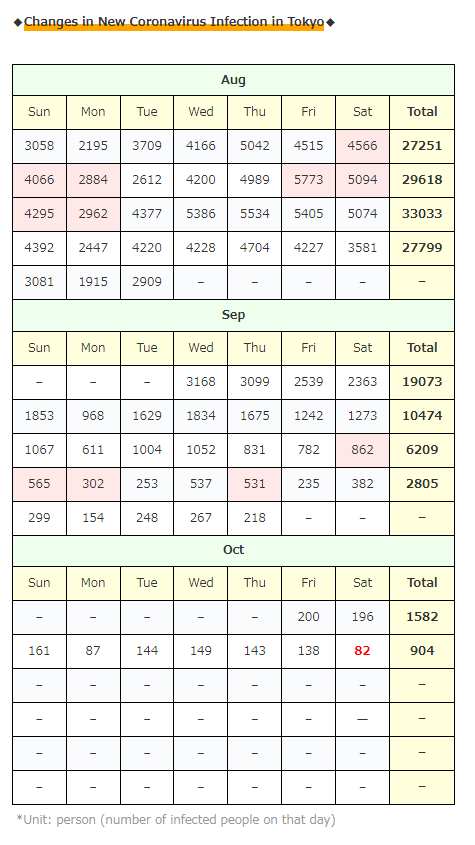 60(-22 from the day before) new infections confirmed in Tokyo. 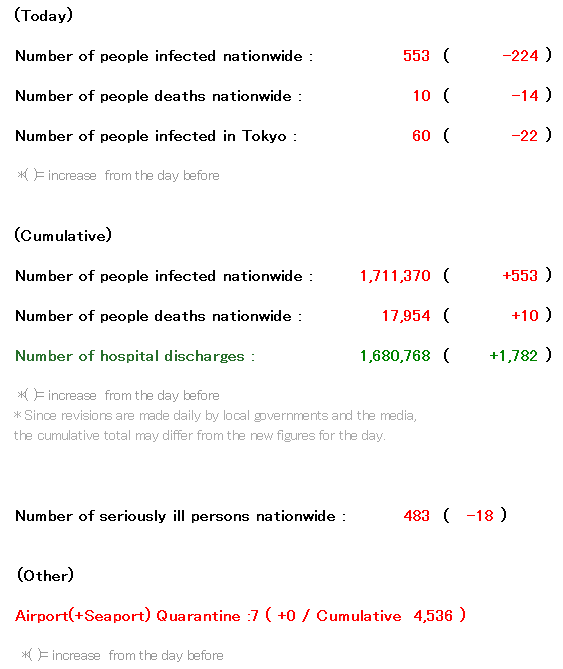 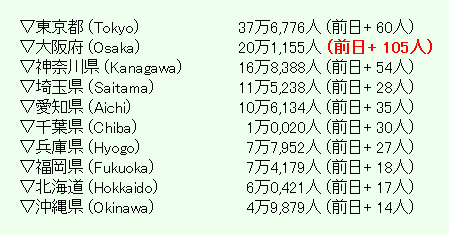 Tomorrow is Monday, when the number of infected people is the lowest in a week, but since Monday is about half of Sunday, so…
it will be about 30 people …? !! (Super expectations) 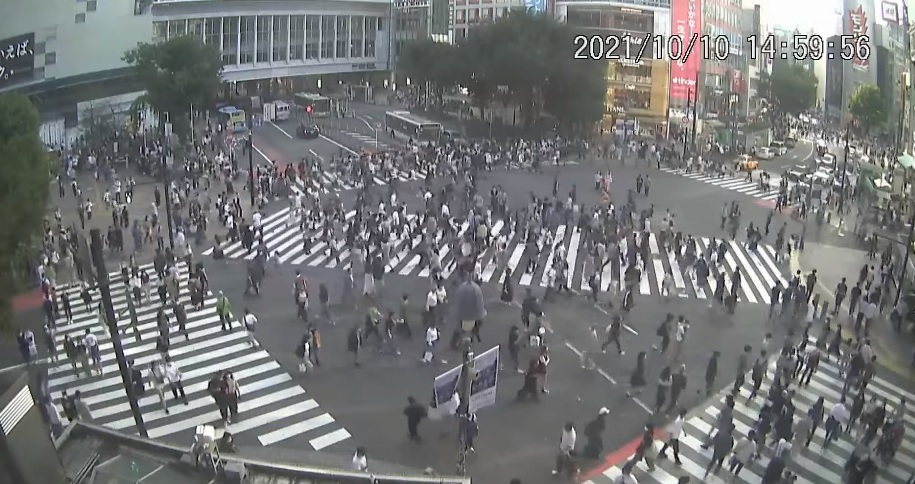 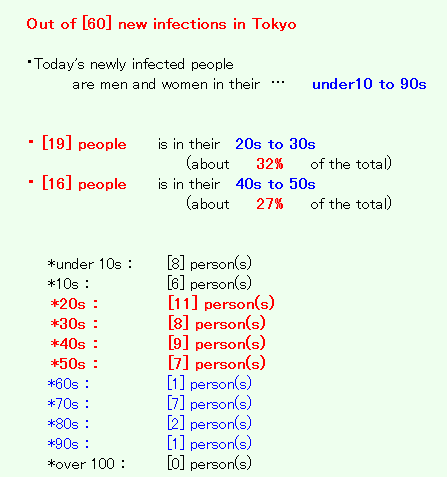 ・Regarding the [male in his 40s] who was announced to die today, he was said to have been “recuperated at home because he had only mild symptoms of coughing”, but after that, the health center could not contact him once, and 10 days after the infection was confirmed, he was found dead in a place other than his home.

↑ It’s scary to die during home recuperation, but it’s also pretty scary that a COVID-19 patient may be walking in the city normally … 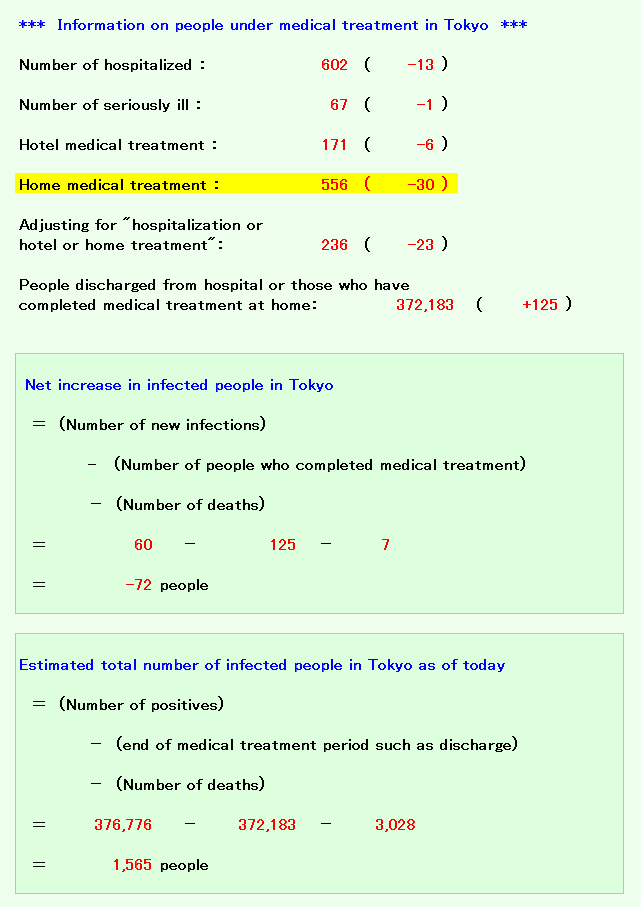 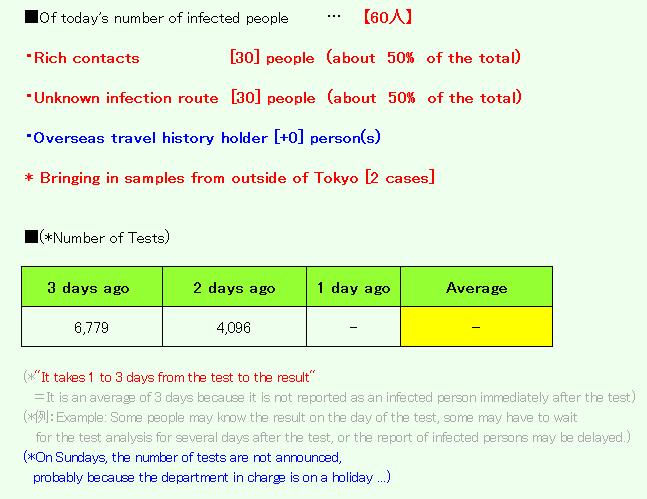 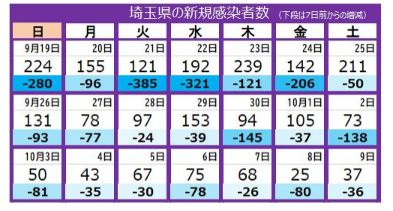 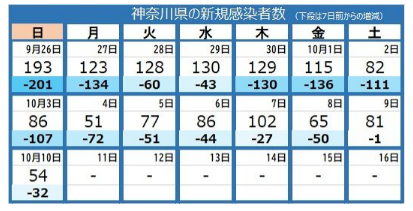 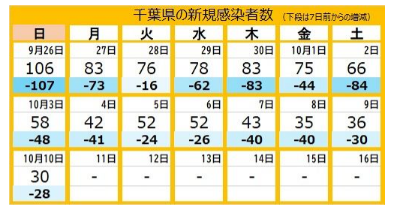 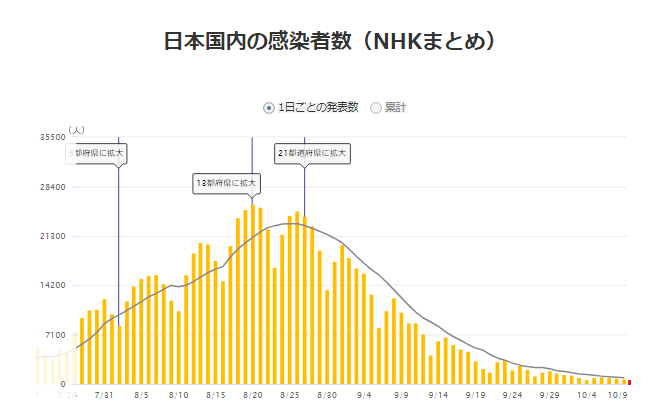 Today, I would like to think about what will happen in Japan from the infection situation of overseas topics!

Hmmm… There’s been a lot of this topic lately …

… There was no graph of Singapore’s infection status in the article, so I thought that way, but just in case, I checked the transition of the number of infected people in Singapore… 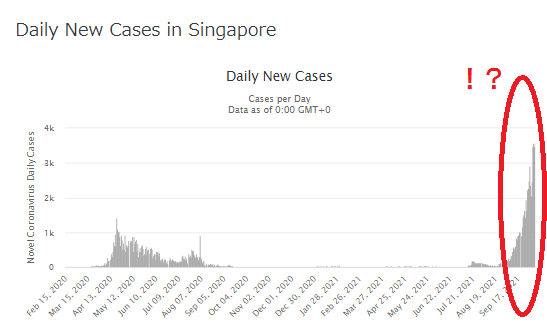 Well, it ’s dangerous …
It’s a huge explosion of infected people, which is far from the highest number ever …

The vaccination rate is currently 83%, but in that case, it is usually “the rate at which already we have to get herd immunity and the infection has converged” … 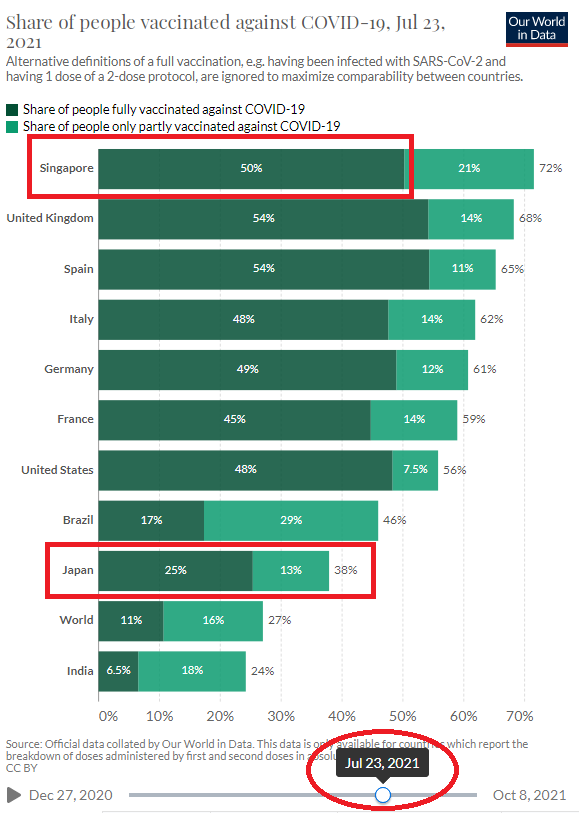 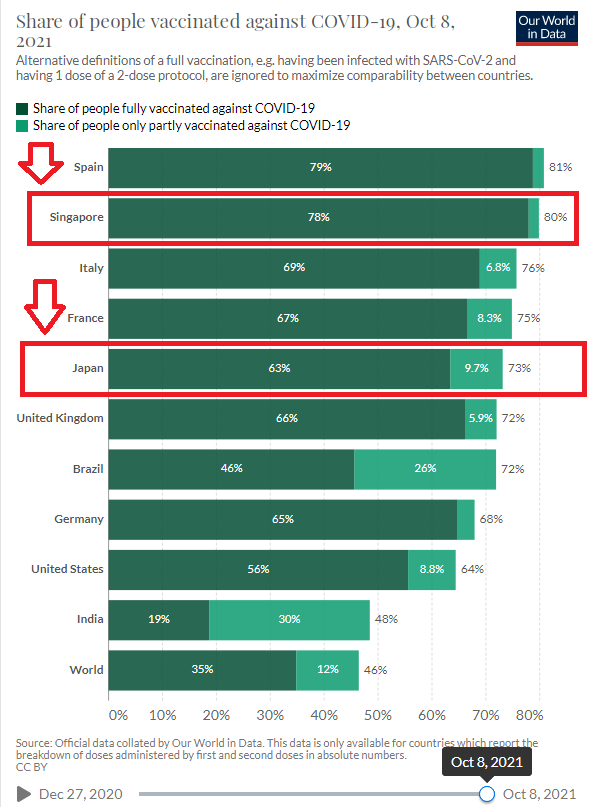 ↑What will happen to Japan, which has a lower vaccination rate than Singapore, where such infections are exploding?

By the way, the Singaporean government does not lock down, saying that “more than 98% of infected people are asymptomatic or mild patients” even in the current situation where the record number has been renewed extremely significantly.

However,
it seems that the restriction on behavior was relaxed in August, but it seems that it has been strengthened again since the end of September last month.

On the other hand, in Japan
Relaxation of behavior restrictions at the end of September → ？？？

If it is the same flow, Japan seems to be dangerous around the latter half of November …

In Japan these days, the infection situation is calm and the amount of news is small on Saturdays and Sundays, so there was really almost no news related to COVID-19 today! (dry laugh)

Infectious disease specialist
“Without verification that the daily number of infected people really reflects the current status of infection, the reduction factors cannot be evaluated correctly.”
(= There may be many infected people who are not actually aware of it)
(*Professor Taro Yamamoto, Institute of Tropical Medicine, Nagasaki University)

Experts who are members of government analysis
“We are in the process of analyzing the factors behind the decline, and hope to explain when the results are available.”
(*Professor Hiroshi Nishiura of Kyoto University, a member of the expert meeting of the Ministry of Health, Labor and Welfare)

↑ The point is this, right?
“We don’t know why it has decreased”
“We haven’t analyzed it in a timely manner.”
＝We was taking measures randomly!

This country is really scary …

Nevertheless, in the future, it seems that it is analyzed that “the number of infected people does not matter and the emphasis may shift to the transition of the number of seriously ill people and the number of deaths.”

It would be great if the vaccine made the new coronavirus as easy to capture as the flu, but…
it’s really terrible to certify it without even analyzing it…

Oh, is the government experimenting with us? Did you mean?