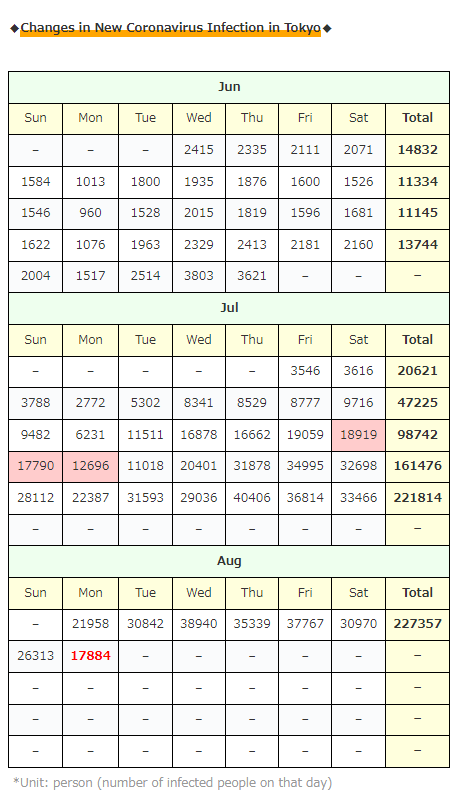 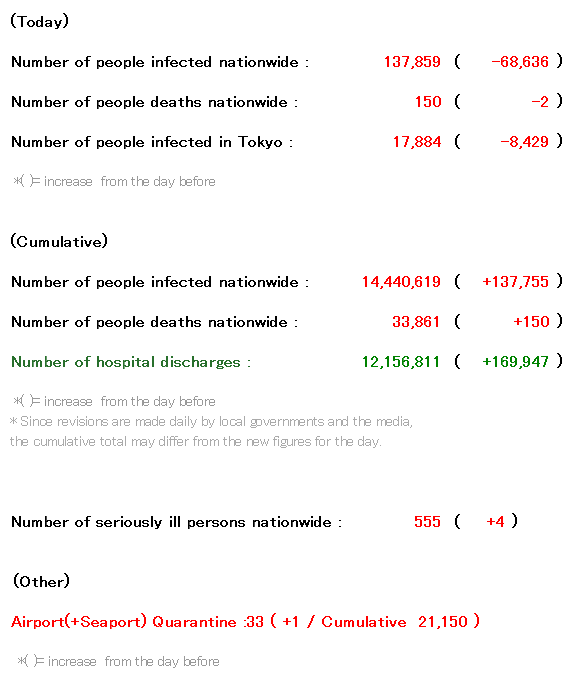 The number of infected people in Tokyo is…
It’s Monday, which has the lowest number in the week, so it’s not very helpful, but it’s been decreasing for two consecutive weeks.
(*In addition, last week was also “decreased”, but the total for the week increased from the previous week.)

And today in Tokyo, a girl under the age of 10 died… 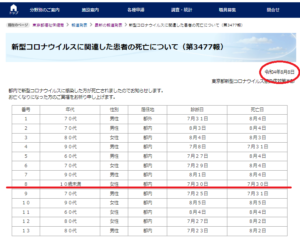 It is said that there were multiple underlying diseases, but considering that she would not have died if she had not been infected… 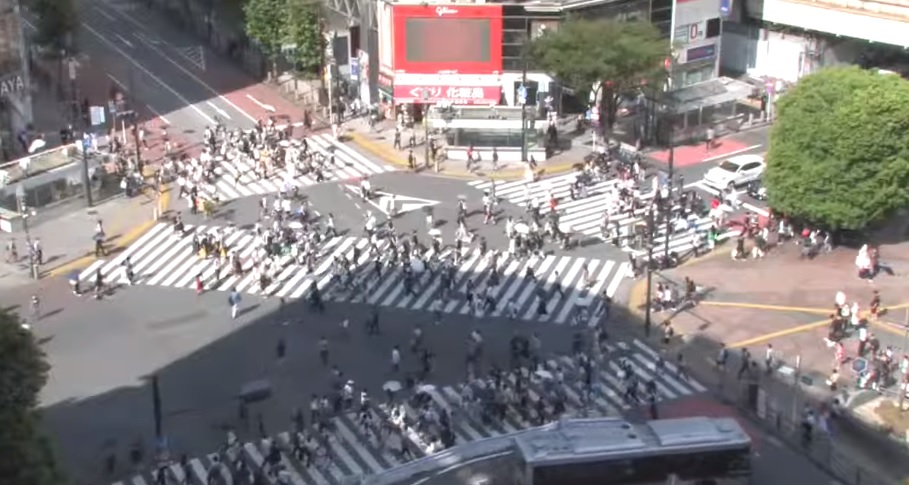 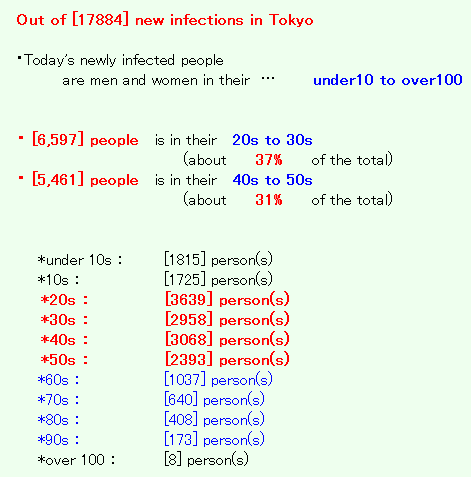 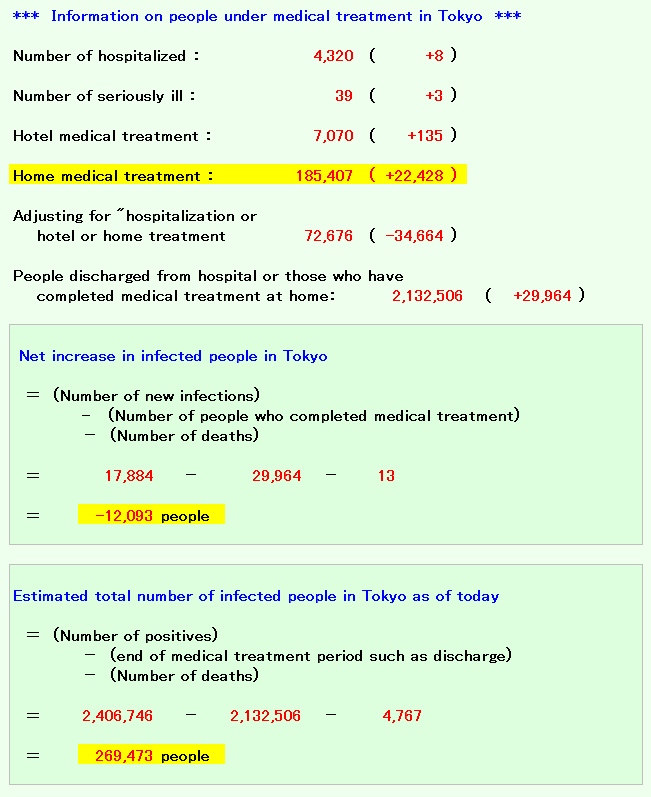 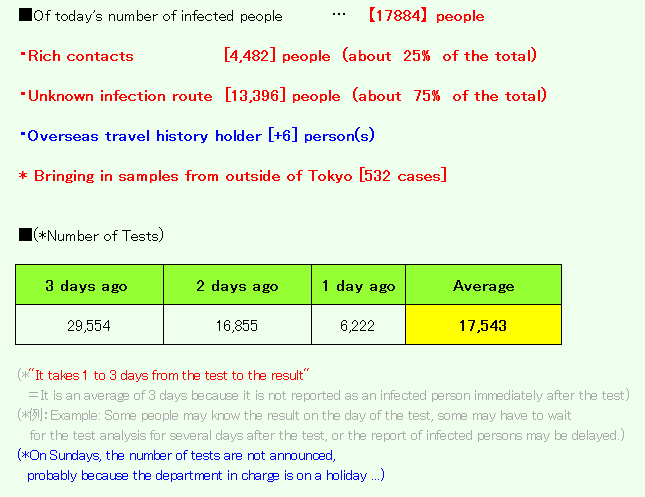 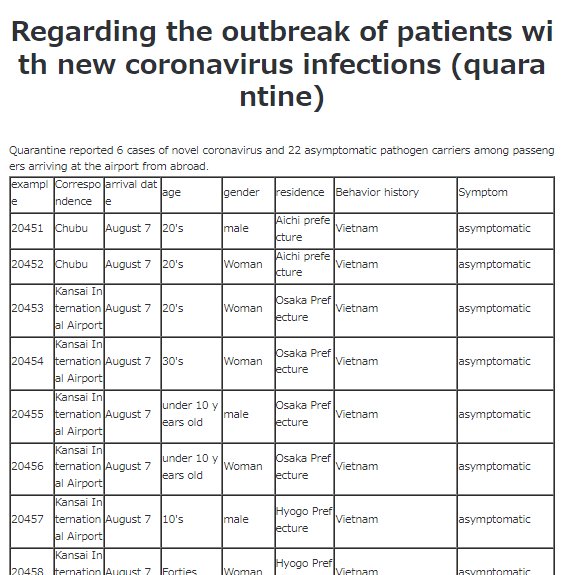 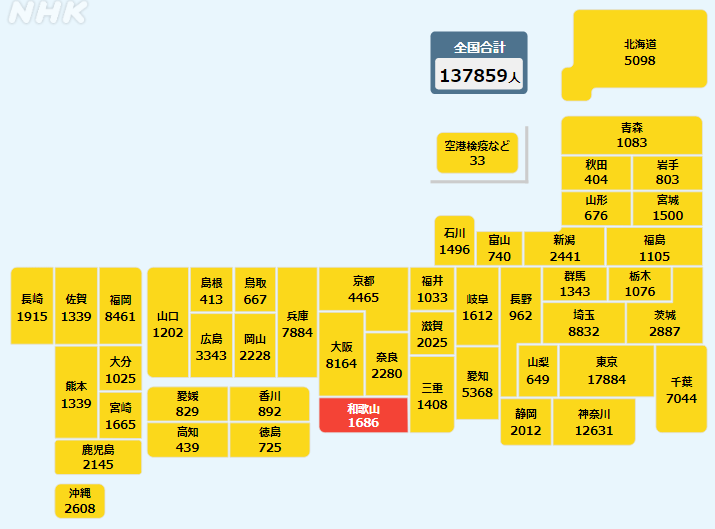 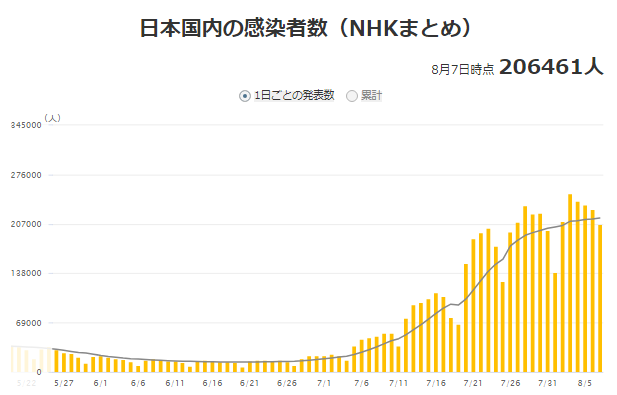 “Government does nothing!”
“What… is the government really not going to take any measures…?”
While we are worrying like this, the Obon holidays are approaching…! (dry laugh) 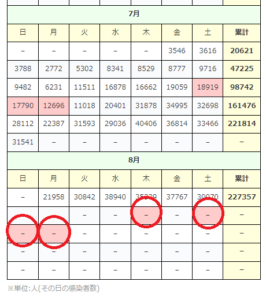 Even so… it’s a really amazing government (sarcasm)

By the way, there are still no restrictions on movement, so the Tokyo government seems to be “welcome to go home for Obon!”

From last week, free test venues have been set up at six locations:
Tokyo Station, Shinagawa Station, Ueno Station, Ikebukuro Station, Shinjuku Station, and Shinjuku Expressway Bus Terminal
to support travelers so that they can travel with peace of mind! 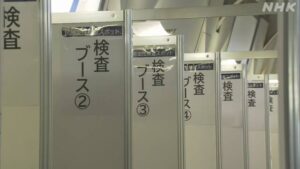 In addition, at this venue, you will be given a test kit, and you will be able to test yourself and check the results yourself!
(*Takes about 15 to 30 minutes)

Speaking of which, the Japanese government recently introduced a completely meaningless “call” system called “BA.5 Strengthening Countermeasures Declaration”, but even in the current worst infection situation, Governor Koike of Tokyo doesn’t even need it… 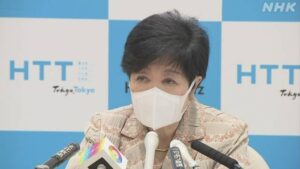 Tokyo Governor Koike
“Because we are already taking measures as a special period until August 21st.
No need for such a declaration! ”

…Well, it doesn’t work either way, so I don’t mind either way…(dry laugh)

By the way, it seems that even the governors of each prefecture have different opinions on the Japanese government’s “no measures”.
For example, regarding “whether or not to stop grasping the total number (counting all infected people)”… 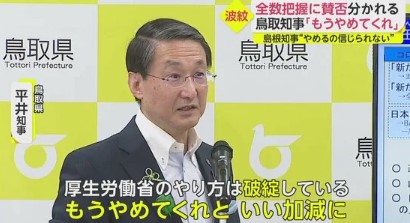 Governor Hirai of Tottori Prefecture
“The method of the Ministry of Health, Labor and Welfare is bankrupt. Please stop trying to figure out all the numbers.”

On the other hand, in Shimane, where an explosion of infections occurred at the origin of a very large cluster, and the number of infected people continues to be high… 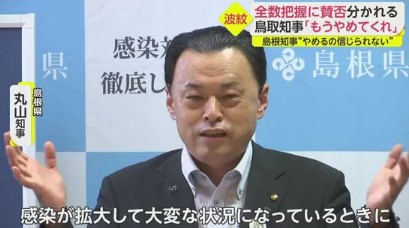 ↑…When you compare opinions like this, no matter how you look at it, Governor Maruyama of Shimane can only be seen as a person with common sense…

In the same article, Governor Nisaka of Wakayama said taht… 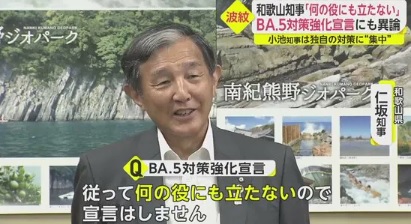 Governor Nisaka of Wakayama
“There is no way to declare BA.5 measures strengthening because it is useless.”
“Government officials will be dispatched to advise us if we declare it, but frankly, it’s a hindrance.”

……Yeah, it’s so “straight” words that it feels good (lol)

Looking at it this way, there seems to be a decent governor, but…

Speaking of which, the results of a survey on the side effects of Novavax’s vaccine, which began vaccination in Japan in May this year, have come out.

nlike Pfizer and Moderna, this vaccine is a “recombinant protein vaccine,” so, it was said that the side effects were less than other vaccines, but what was the result…

If you look at it like this, it certainly seems to have fewer side effects than the vaccines you’ve ever had!

However… the % is still high…?
When Pfizer and Moderna first came out, the number of adverse reactions should have been lower, so we don’t really know after all…!