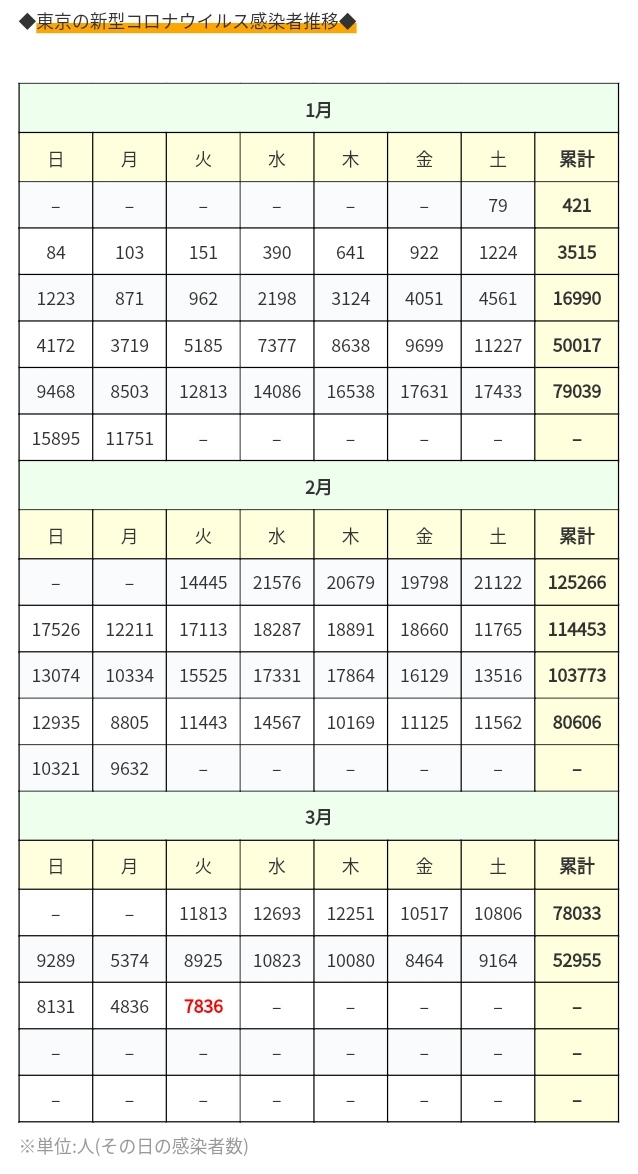 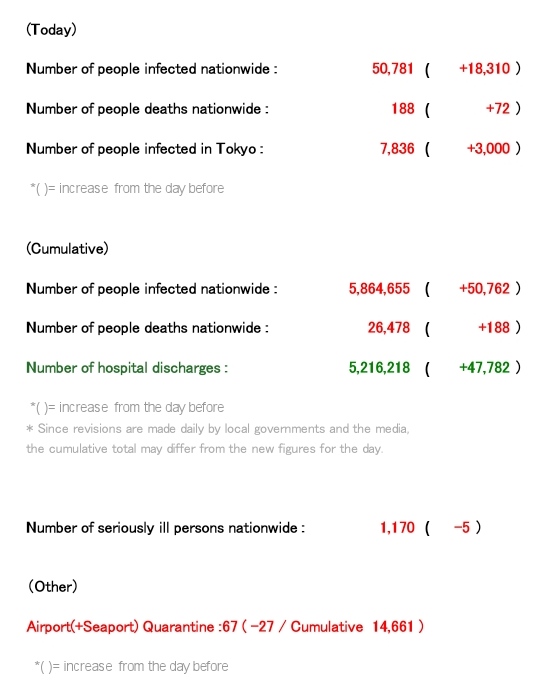 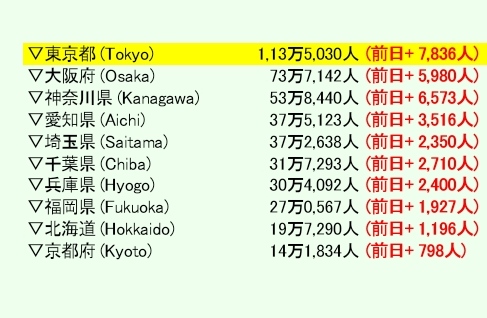 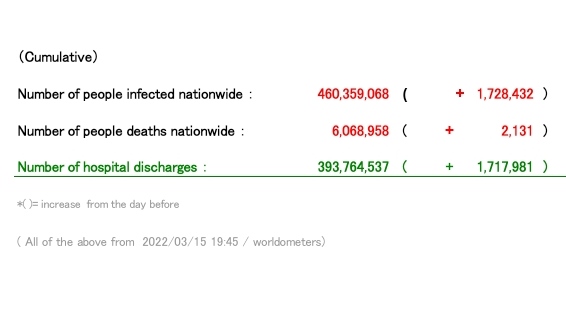 The number of infected people in Tokyo is slowing down, but I feel that it is gradually and steadily decreasing …!

I hope it will continue to decrease as it is … 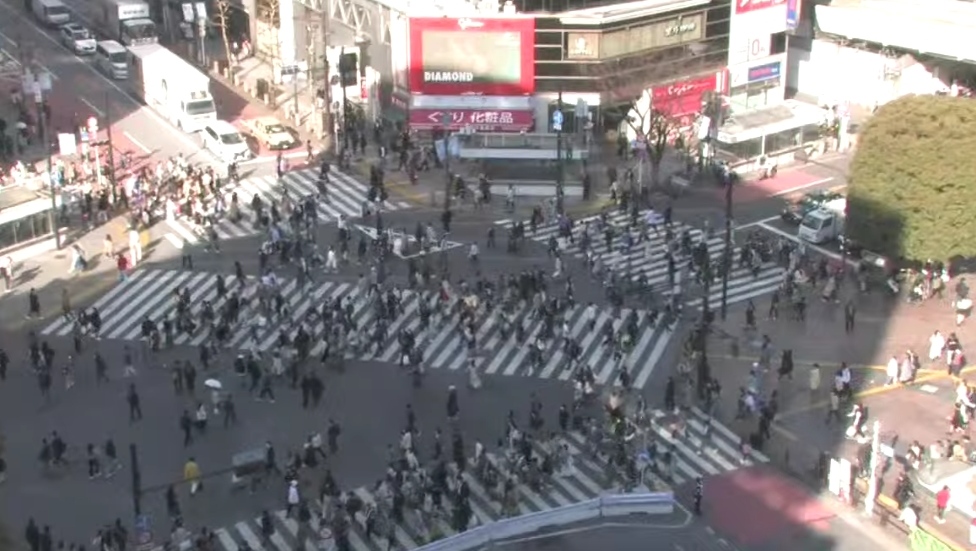 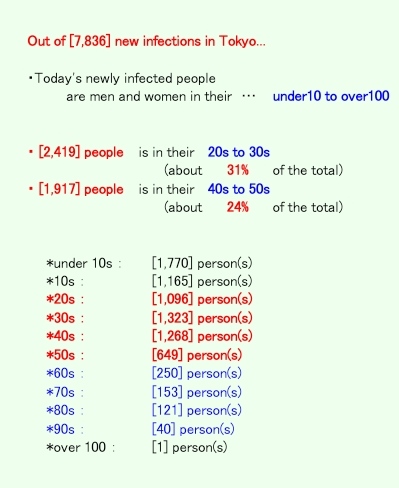 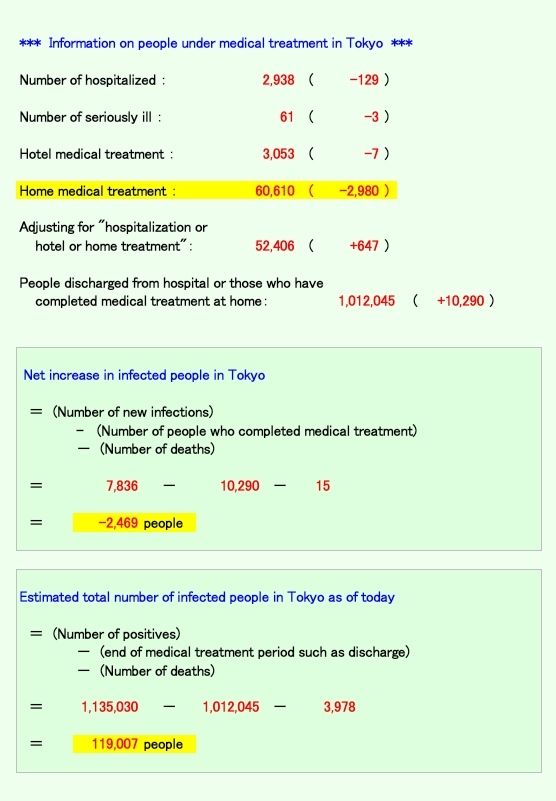 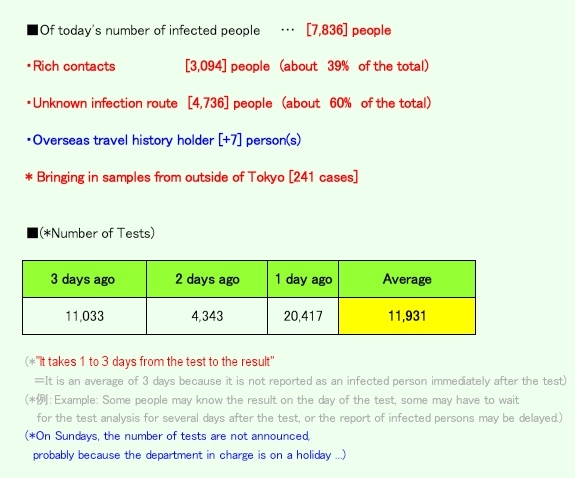 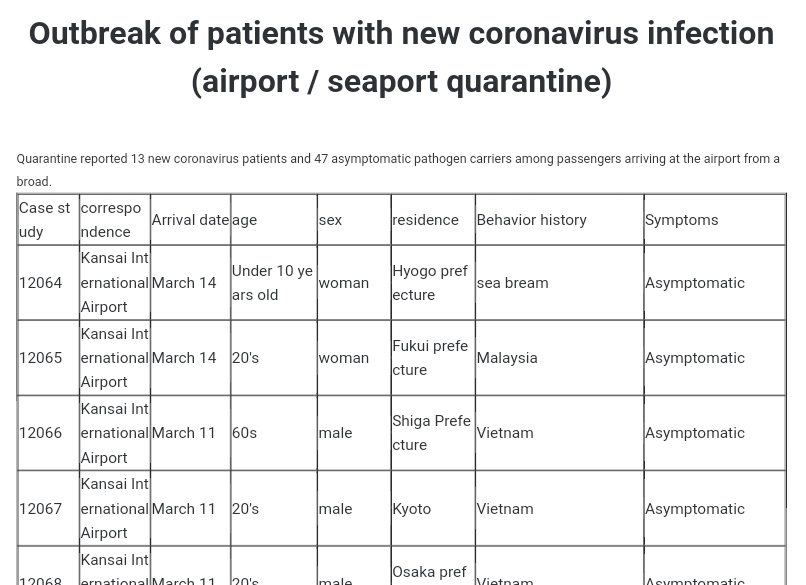 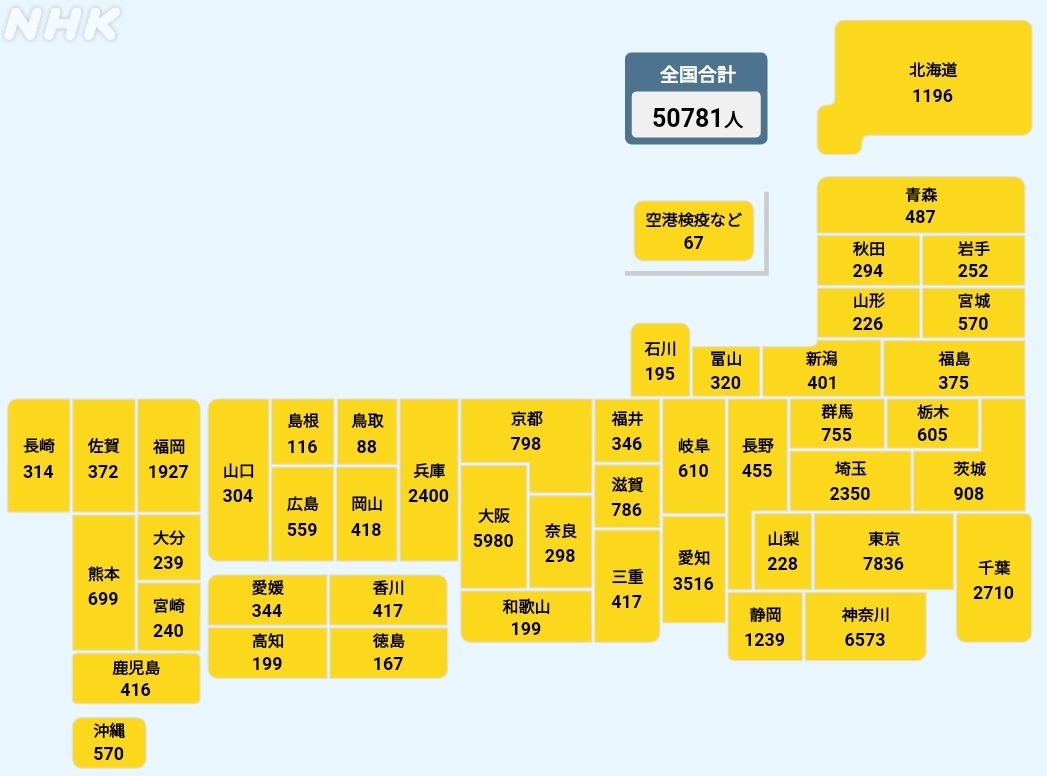 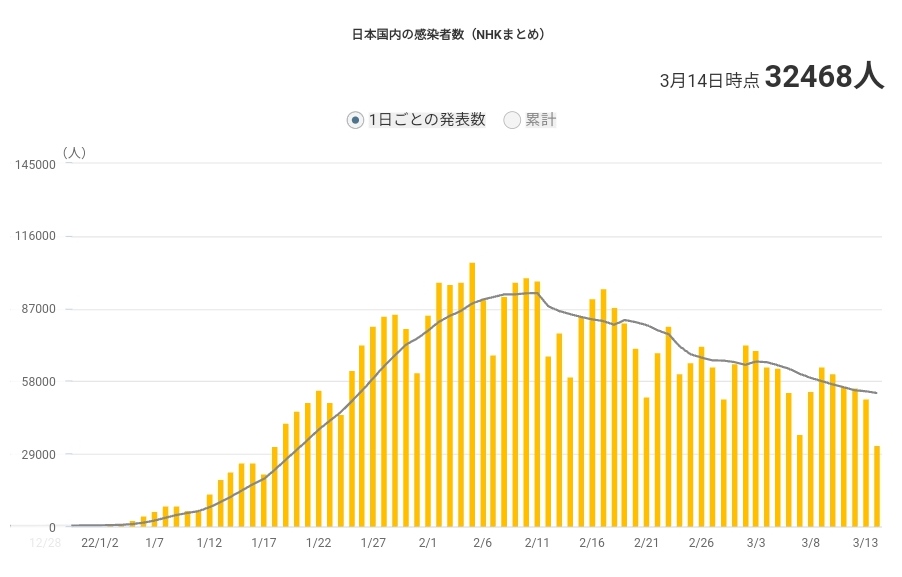 By the way, the news related to COVID-19 has decreased considerably, but … Although the number of infected people has not settled down, there is almost no news related to it on weekdays, which is probably the first time under this COVID-19 disaster … !!

(*Changes in the number of infected people in Japan) 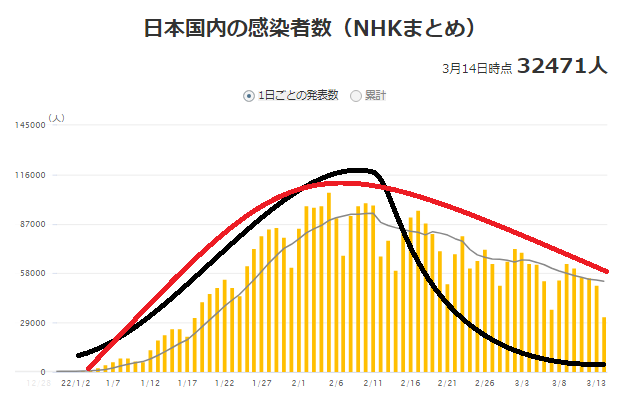 ↑Even so, it is actually a little less than the peak, but what is the reason …?

By the way, the current “third vaccination rate” looks like this …!

Currently, it seems to be about 30% of the total population …!

↑By the way, the second vaccination rate has completely stopped at around 80% …
(It’s been around here for months)

(It’s just letters, not graphs, but!)
If you would like to know the vaccination rate of each prefecture, please refer to this article!↓
(*ワクチン接種 都道府県ごとの人数と割合（3月14日公表） – NHK)
(*Since the content is only data such as numbers, I think that you can understand it even with English translation of Google Chrome, etc.!)

And there are still many areas with more than 50% below, which were completely declared a state of emergency during the period of spread of infection before …!

＜Prefecture where each index exceeds 50%＞

Even in this situation, the Japanese government will…

They seem to feel that the COVID-19 measures are too disturbing …! 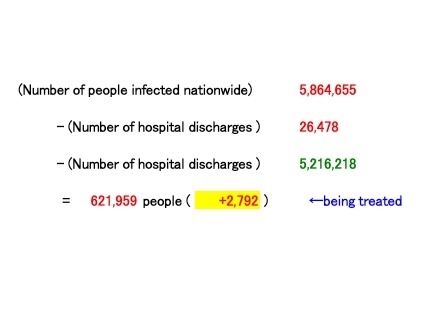 This part of today is my impression of walking around the city recently, but …

Hey! isn’t the number of people who remove their masks really increasing?!!

I know it’s getting warmer and stuffy, but I’m surprised that there are too many …

It feels like I’m moving every day in Tokyo / Kanagawa … ↓
・There are always several people without masks in one car on the train.
・Many people remove the mask halfway or keep it down until the mouth is barely visible.
・30-50% of people do not mask on local roads, not in the city center
・↑There are many young people or elderly people in the age group.

How is your place?

I think it’s still a little early, but …