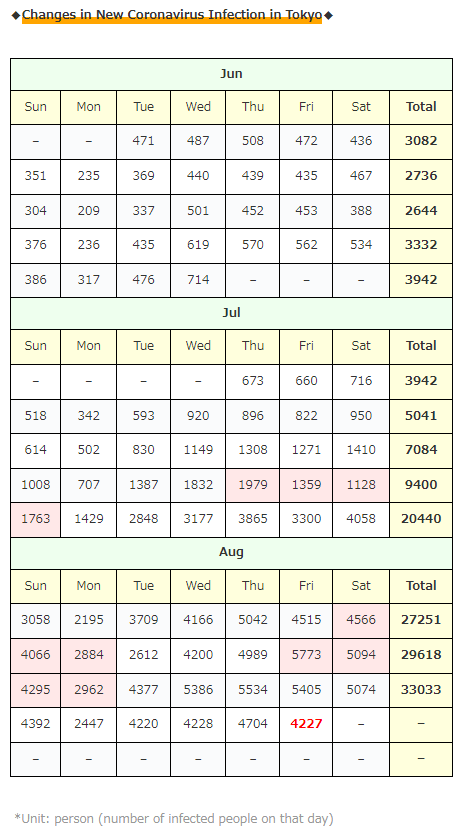 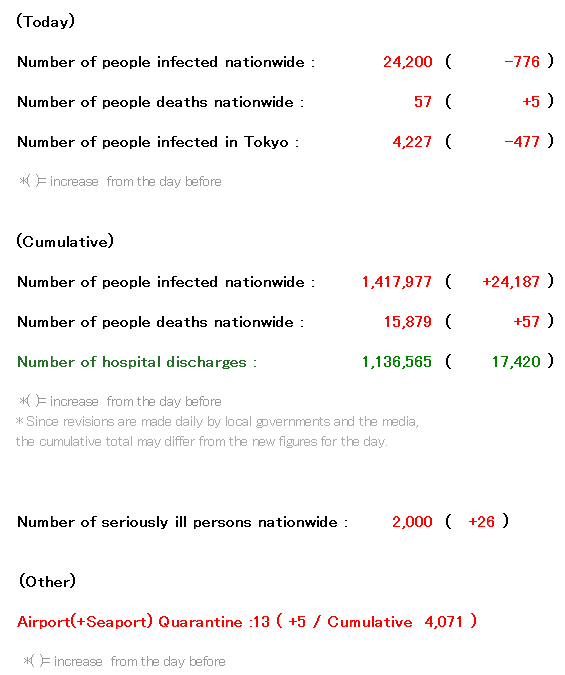 The number of infected people in Tokyo has decreased by more than 1000 from last week, but it is still in the 4000s …

If there were people who had traveled back in time from that “Nightmare New Year’s Holidays, Tokyo in the Third Wave”, the person would be surprised and fainted when I saw the number “4000” …!
(The highest number ever before the outbreak was around 2,500 during the year-end and New Year holidays) 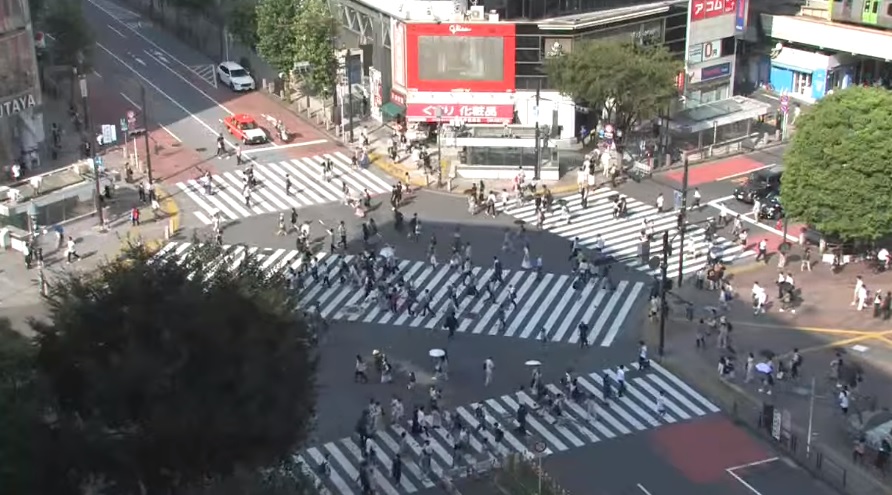 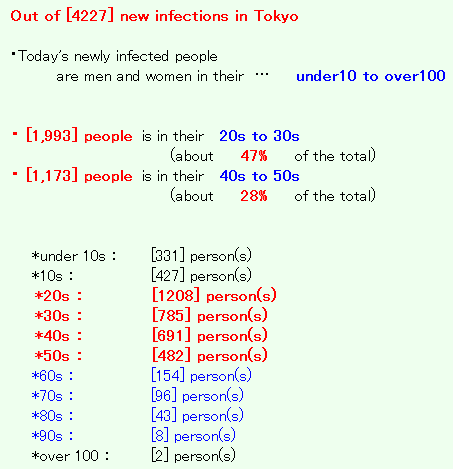 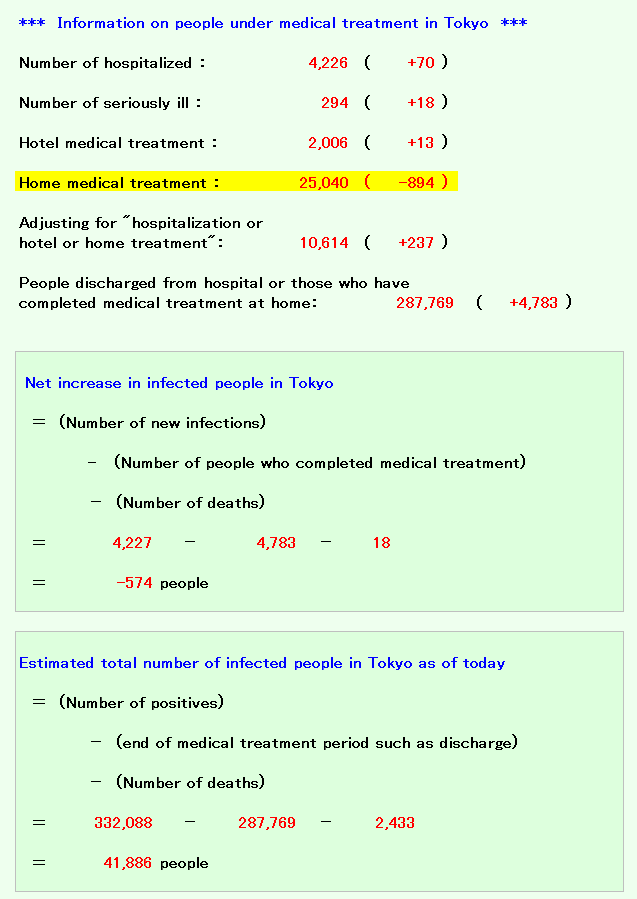 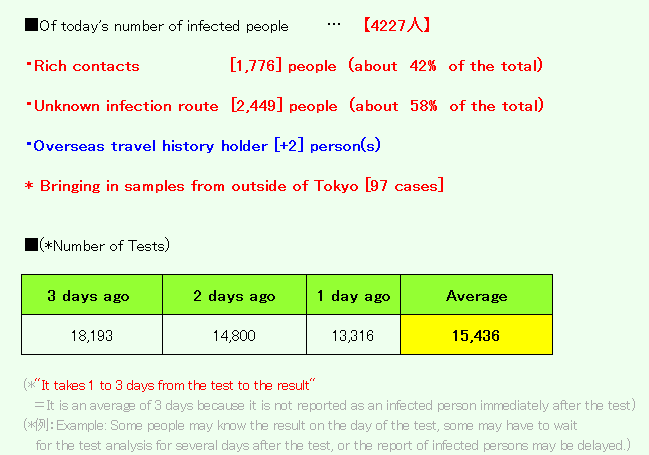 Quarantine reported 12 asymptomatic pathogen carriers of the new coronavirus among passengers arriving at the airport from abroad. 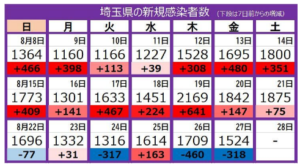 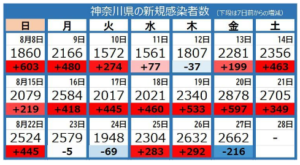 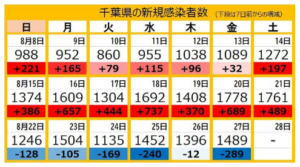 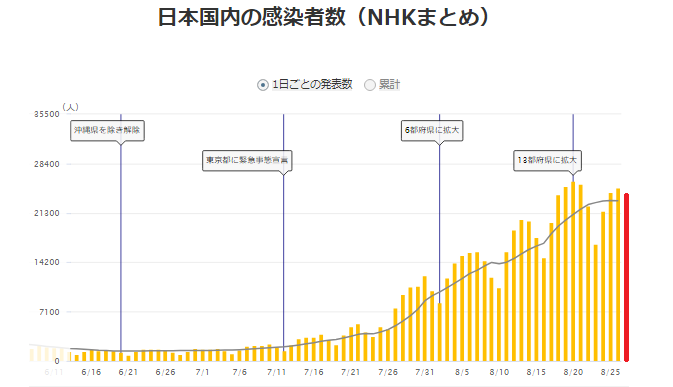 The recent infection situation in Japan, which has many areas that are still updating the highest number ever, seems to be like this in terms of data ↓ 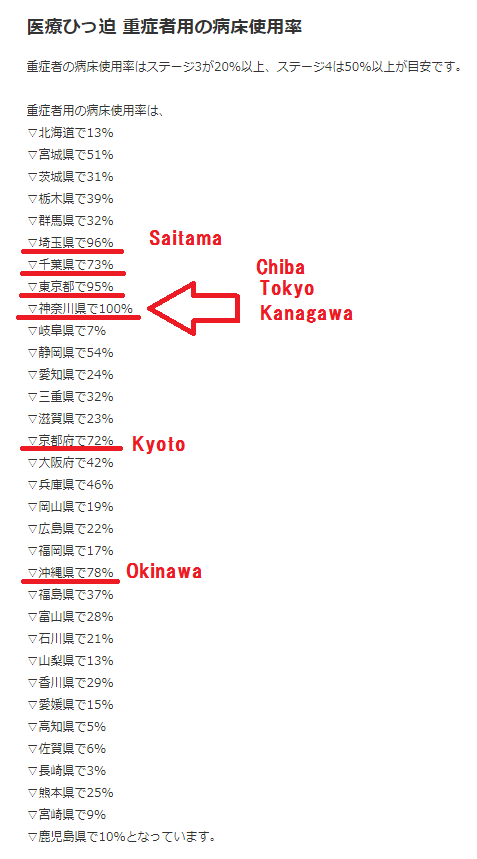 ↑ It seems that you cannot be hospitalized in 1 metropolitan area and 3 prefectures, no matter how sick you are.
Especially in Kanagawa, the bed usage rate for the severely ill is 100%, so it seems that “I can never be hospitalized” …

It seems that Dr. Omi seems to be barking at the government for us every day about such a domestic infection situation, but 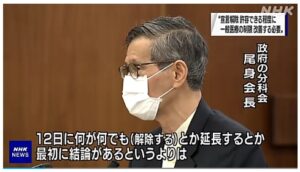 Dr. Omi
“The state of emergency will definitely be lifted or extended on September 12th, or extend, etc., rather than having such a first conclusion, the important thing is the tightness of medical care. “

That way, he put a light jab in the government, which is sure to lift the declaration on September 12th …!

By the way, it seems that a monitoring meeting in Tokyo was held yesterday, 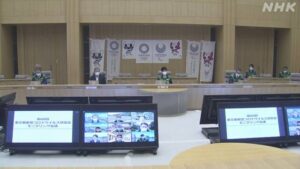 “(Infection) has been out of control for weeks.”

“The medical care provision system is in a state of serious dysfunction.”

“The number of newly infected people seems to be flat, but the situation will get worse just because these terrible numbers continue. “

“Emergency situations in which infections are rampant at disaster levels have been going on for weeks.”

“It is necessary to protect yourself first, just like in the event of a disaster.”

There are terrible words lined up …!

If it is “out of control”, how can it be solved without making it controllable? It feels like, but … 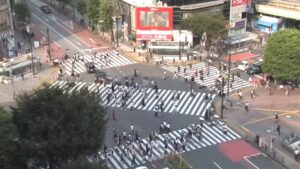 ↑There are no restrictions on anything!
It’s out of control, but you can leave it free!

And the data was also available at the same meeting.

(Routes of people whose infection route is known)

So… it seems that more than half of the people are “I live freely as I don’t know where the infection route is!”, so there seems to be no sign that the infection will settle down …!

And it seems that the Japanese government’s “ONLY HPE” is “vaccine”, but about that vaccine … “Foreign matter was mixed in Moderna’s vaccine” is quite news!

There is no solution in Japan other than vaccination under the policy of the Japanese government, so I hope that the vaccination schedule will not be delayed …!

The last topic is … About antibody cocktail therapy!

We know that “antibody cocktail therapy” = a remedy that can prevent the aggravation of the disease, but there was a special article just right where we couldn’t really figure out what it was! 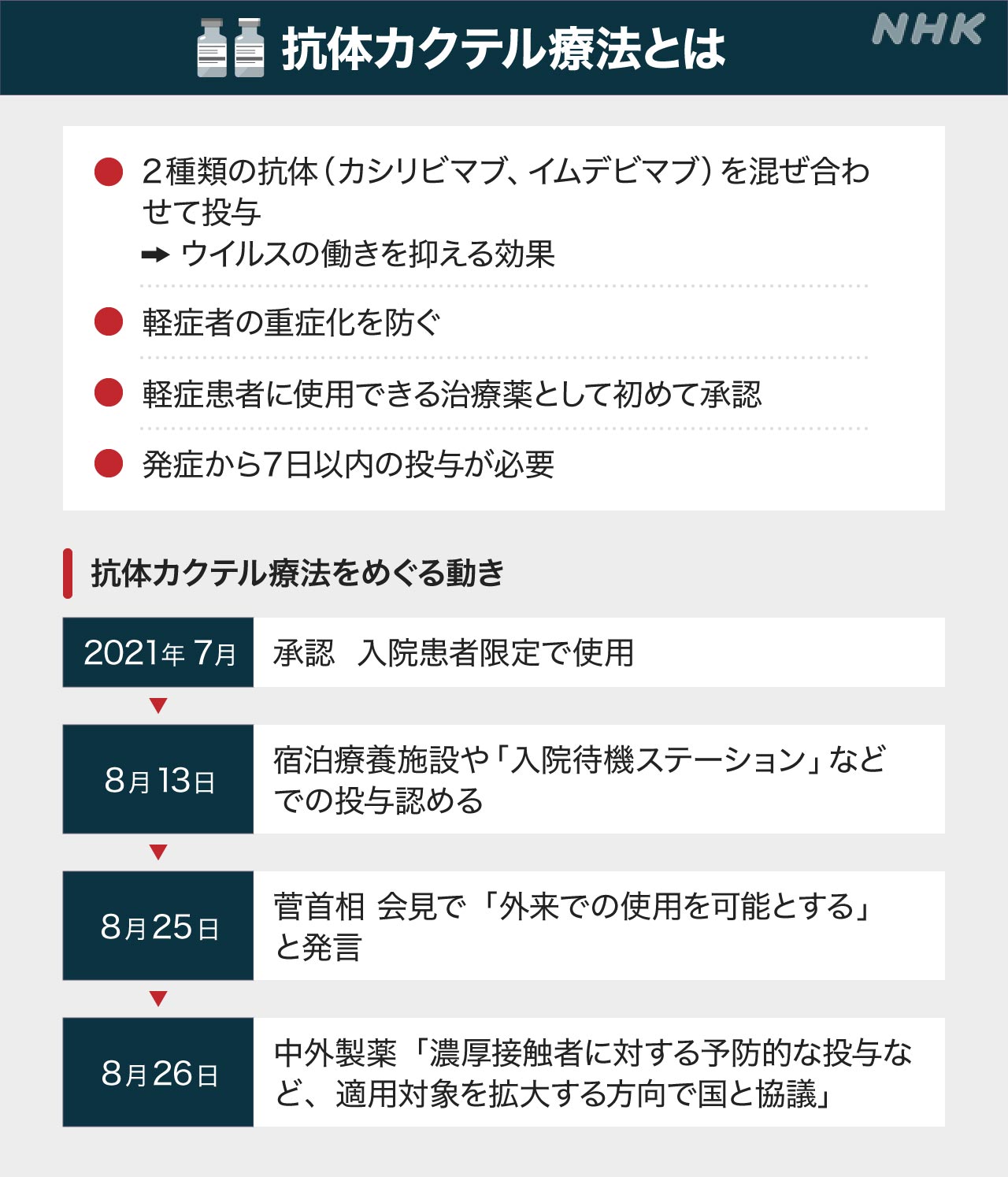 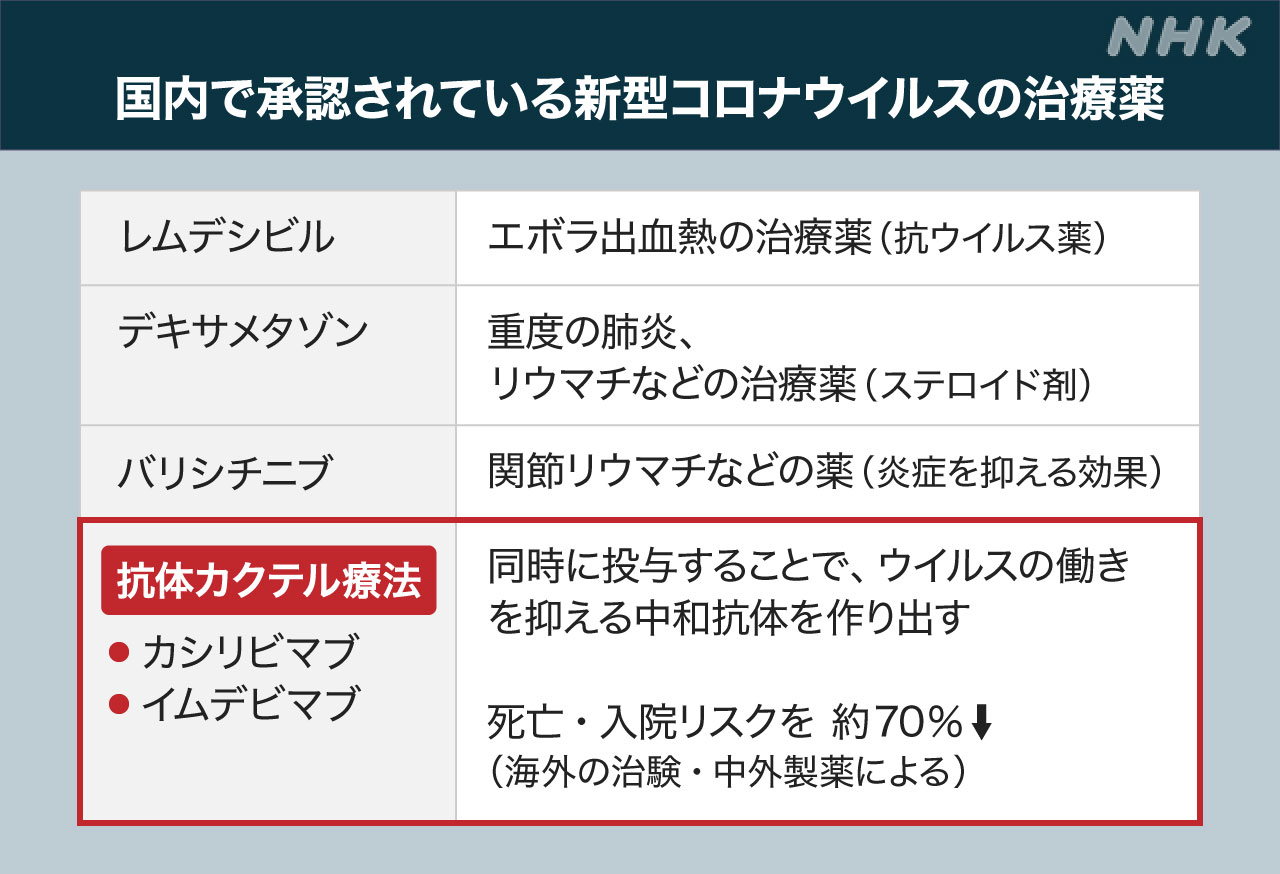 It is often explained that “by using two kinds of therapeutic drugs”, but the point is that “it seems that it is just mixed and injected the two drugs …!

However, it seems that there are actually side effects …

(*Results of clinical trials conducted overseas on 4206 people)
→10 people had symptoms of “fever, dyspnea, low oxygen saturation, chills, arrhythmia, etc.”
→There are also reports of severe allergic reactions to anaphylaxis.
→Patient condition must be observed for 1 hour after administration

Well … to say the least, “there is a higher probability of side reactions than vaccines and there is a risk!” …

Vaccination in Japan seems to be a lawless zone …

This time, 15 people were vaccinated for the third time in Kyoto without permission …

For the time being, it was said that “The medical institution conducted a test to check the amount of neutralizing antibody in the applicant, confirmed the intention of the person with the low value, and gave the third vaccination.”…

Of course, many people haven’t been vaccinated for the first time yet, but …

I really want them to avoid using “a really really valuable vaccine in the world” freely by some selfish people …!