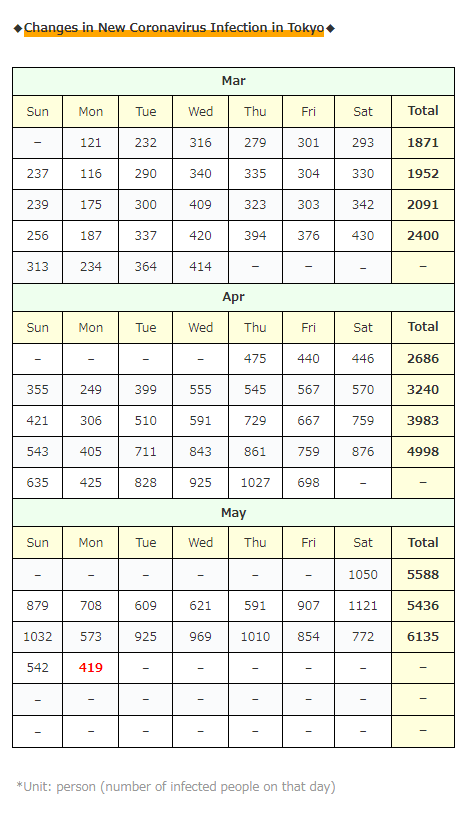 The number of newly infected people in Tokyo has dropped to the level before GW only on Mondays!

I think it’s about time that the influence of Golden Week is fading, so I hope it will continue to decline in earnest …! 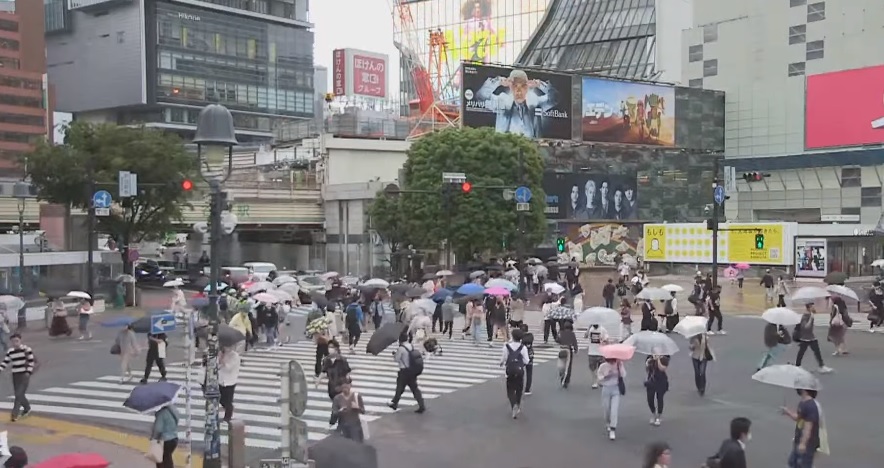 *Details are unknown, but it is said that a new cluster has occurred at a vocational school in Fukuoka City. 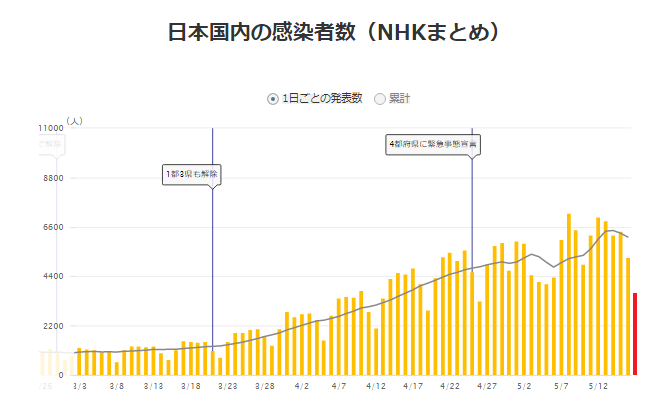 There’s been a lot of vaccine-related news in the last few days!

It seems that reservations for large-scale vaccination venues opened in Osaka and Tokyo have started today! 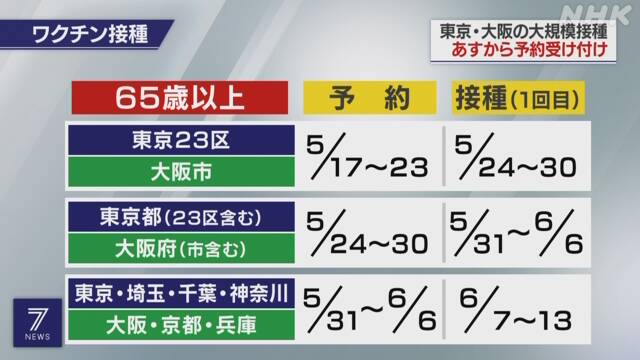 For the time being, reservations are possible for people over 65 years old

It seems that the stance is that the target area will be expanded every week, and after one day with a break for each week, the next reservation acceptance period starts for one week, and basically reservations are accepted after the 17th!

The government says, “We have a sufficient amount of vaccine, so please calmly make a reservation,” however, I think that the number of reservations that can be made is probably fixed for each break, so we can see the situation that “this week’s reservations are no longer accepted”, right…?

Hmm … the vaccine battle is finally about to begin …

Oh, by the way, the large-scale vaccination venue seems to be under the jurisdiction of the government, and it seems that it is different from the vaccination system of each local government.

When I checked the information just in case before uploading this “summary article”, the situation was as I expected …

Regarding vaccine supply, the government has officially signed an additional vaccine supply contract with Pfizer in the United States for “50 million doses (for 25 million people) by the end of September!”

Originally, Pfizer and the Japanese government had contracts for 144 million times (72 million people), so this time it will be for 97 million people in total!

The population of Japan is a little over 120 million, so we can almost cover it!

After that, please make the supply and vaccination schedule faster …!

By the way, according to Prime Minister Suga,

Actually, after the elderly are over, it seems that priority vaccination will be given to welfare facilities such as disabled people, so my turn is still ahead …

It seems that high school students are also vaccinated in depopulated areas, but
(*全住民に２回接種してもワクチン余る村、高校生にも接種開始「全国で不足する中…ありがたい」 – 読売新聞)

ultimately, this COVID-19 disaster will not end unless most of the entire population is vaccinated, so there is no problem if the order is changed to some extent, but the government’s stance of sending vaccines to each municipality in units of 975 times per box and “you should devise the surplus” is strange.

And despite the life-threatening vaccination, each local government is conspicuous in its unusual response, such as having people compete by telephone reservation on a first-come, first-served basis, but in Ikoma City, Nara Prefecture, has already decided to vaccinate at the date and time specified by the city!

It’s a virus that has been afflicting people for over a year, and it’s a life-threatening vaccination, so all the people should unite and do their best to vaccinate, regardless of their personal schedule …!

In Japan, it seems that Osaka finally exceeded the death toll in Tokyo as of May 16th yesterday …

And it seems that 47 people died in April without noticing that it was COVID-19, but which is 1.6 times the number of the previous month.
(Number of people confirmed to be infected after death)
(*死亡後にコロナ判明 4月は62％増 “感染気付かず容体急変も” – Yahoo!)

Overseas … Even Taiwan, which is a super-excellent country for infection control, is experiencing a rapid increase in infections again …!

However … Each news site is aiming for misleading, and although it is written as if it has been increasing rapidly these days, the actual infection situation is as shown in the figure below. ↓ 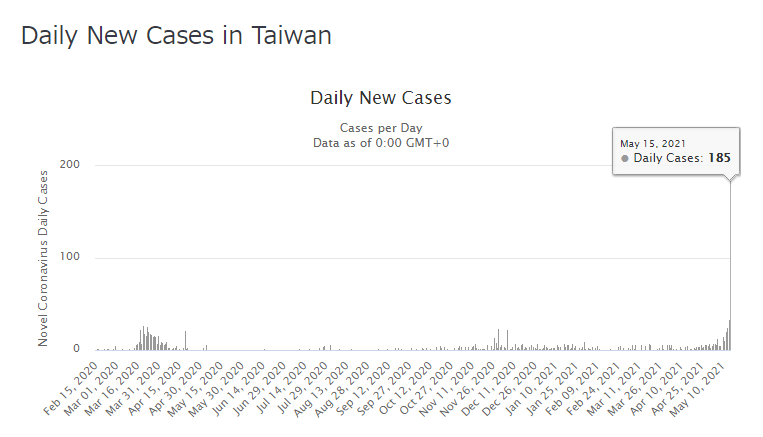 The reason for the increase in the number of infected people was that a pilot of a major airline China Air, which is usually exempted from the 14-day quarantine period for only 3 days, discovered the infection after the quarantine period, and it seems that the infection was spreading at colleagues, hotels, shops visited, etc …

However, it seems that excellent Taiwan has already taken strict measures such as “prohibiting gathering by 10 or more people” and “prohibiting business of large facilities” …!

Now is the time for you to learn …

Currently, Japan releases immigrants in just three days of quarantine, even when entering from countries where the infection is extremely widespread (35 countries) …!

Just the other day, only the really dangerous “India, Pakistan and Nepal” has just been extended to 6 days.

What? On the contrary, I feel that the countermeasures are actually super easy …!

COVID-19 seems to be put to an end if the necessary measures are taken properly…!

However, it seems that Japan is not able to do that …