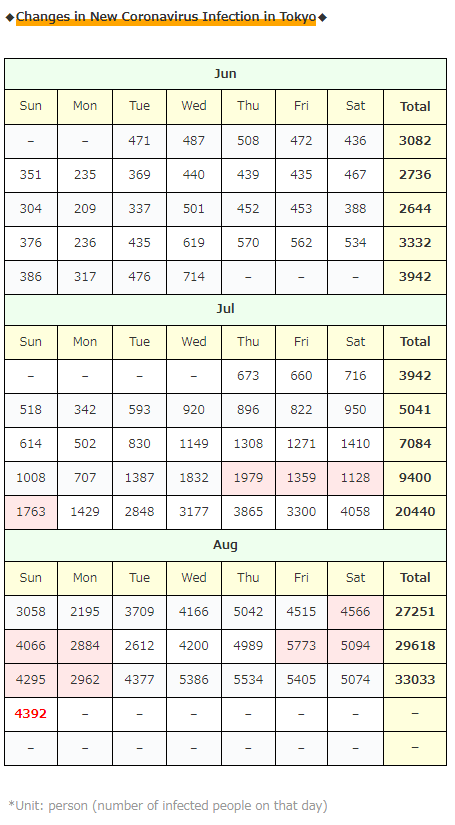 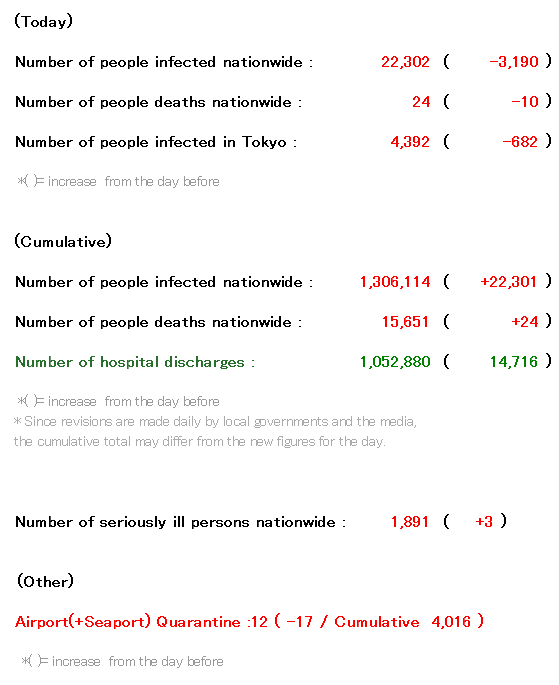 The number of infected people in Tokyo is … I hope that it will start to decrease from this week, but even if we focus only on Sundays, the trend is still higher than the previous week … 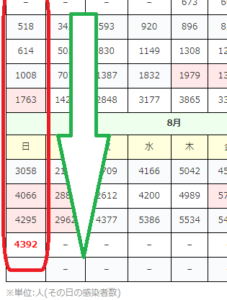 How long will this situation continue?
Will it continue in September?
Or will it start to decrease from this week?
Hmm …! 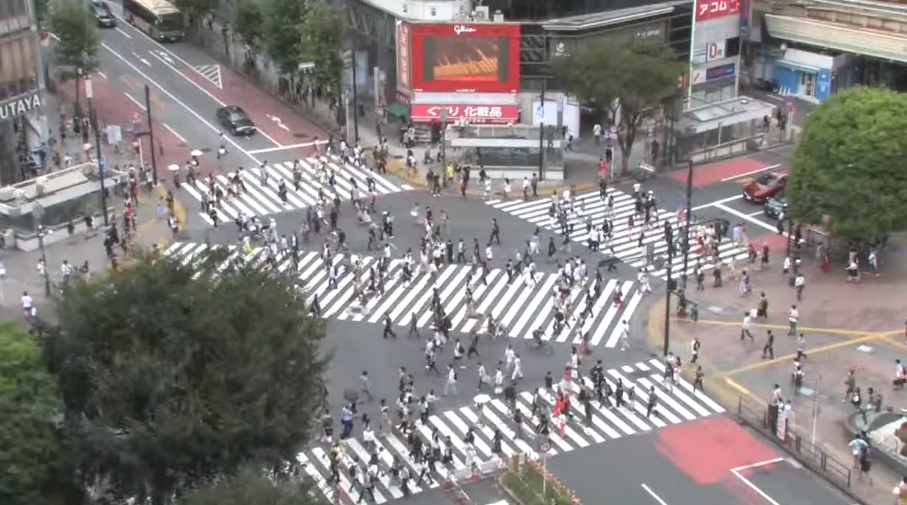 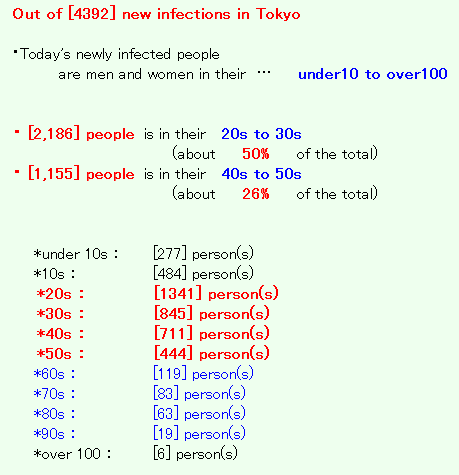 ・A man in his 60s, who was announced to die today, died while living alone at home. 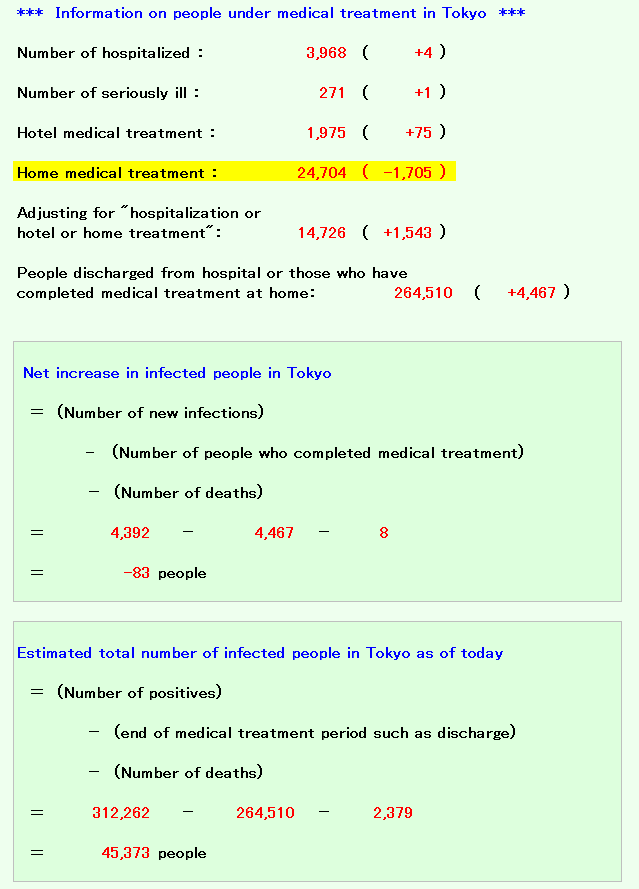 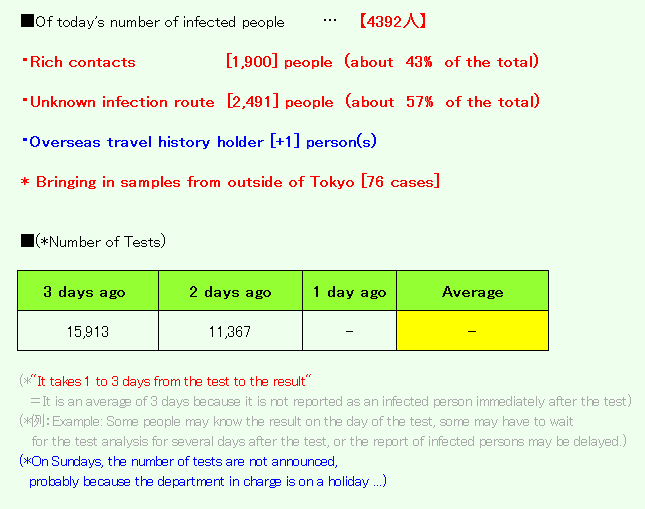 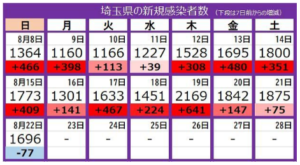 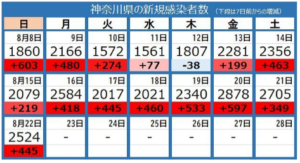 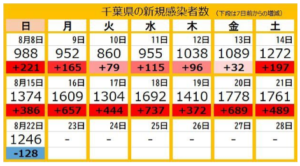 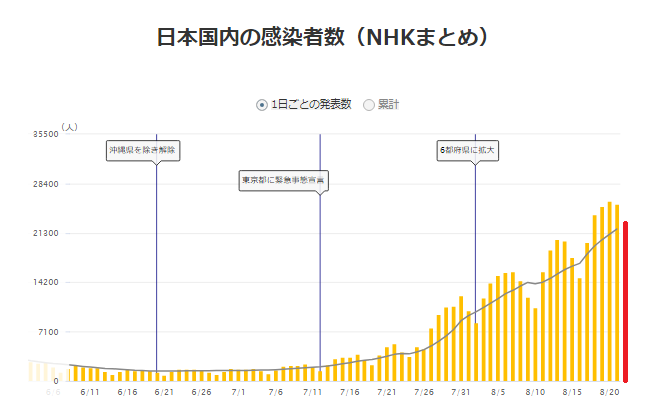 Aichi had requested the government to apply the state of emergency a few days ago, but this time it seems that Mie has requested it …!

Yeah, the number of infected people yesterday was strange in Mie …! 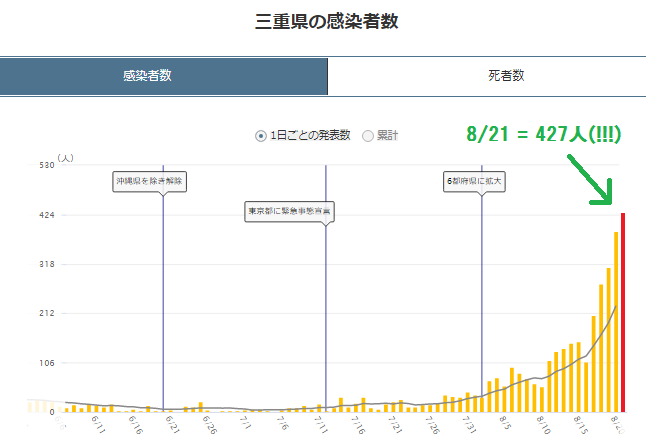 By the way, I didn’t even look for it, so I made it!
It’s the highest number of infected people in each prefecture until August 21st yesterday is like this … ↓

(*↑ Shows a list of the highest number of infected people in each prefecture in Japan.)

(I shouldn’t have thought about making it …)

By the way, it seems that the infection of Tottori is still unsettled, but 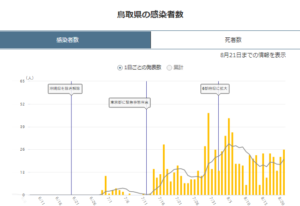 as far as I can see, it seems that Tottori is still following the infection route!↓ 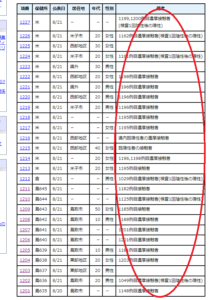 Rather … they seem to be doing the last step to clean up the people who went out of the prefecture or went home during the Obon holidays and “Bring back ♪” the virus!

Wow … the person in charge would be irritated … lol

And I will change the topic and briefly introduce small news …!

I was always curious about it while summarizing it …

It may be summer vacation, but I feel that there are quite a lot of clusters in schools, nursery schools, cram schools, etc. all over the country, or that it is becoming mainstream. 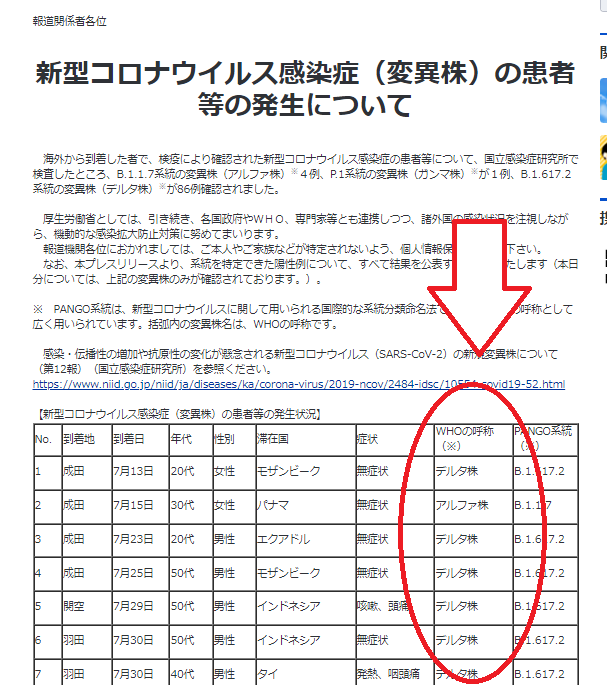 It’s easy to understand, and the name of the variant strain is listed!

It was pretty hard to understand until now …! lol

And finally, AstraZeneca vaccination has begun in Tokyo!

It seems that women in their 40s who decided to vaccinate because they had children and the school will resume, and women in their 20s who said that they couldn’t make a vaccination reservation at all!

So, from the context of the article (not mentioned in the article), it seems like the applicant is vaccinating!

Oh yeah! That’s fine …
Rather than the government stopping vaccination at its own discretion, some people will be vaccinated in this way if they solicit applicants!

By the way, at the “Large-scale vaccination site for medical staff” of the Tokyo Metropolitan Government,

one medical worker who had completed the second vaccination in late July is given the third vaccination with the approval of the doctor in charge of vaccination.

I thought “I don’t know if the person in charge was selfish by him or if he was an important person … why would he do such a selfish thing …”, but in the comment section, I was surprised to hear many voices like below …
“Because medical worker have many risk!”
“The third vaccination is popular overseas!”

No … there are people who haven’t even been vaccinated for the first time, the problem is that they secretly break the rules and use the vaccine for that person …

Unless it is decided equally that “all medical staff will be vaccinated for the third time!” …

We have to keep an eye on the number of infected people every day!
…… is that always … lol

The Fuji Rock Festival of “we’re taking proper measures!” looks like this …

No matter how you think about it, “people are too crowded !!!” … 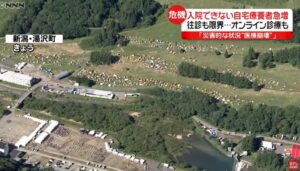 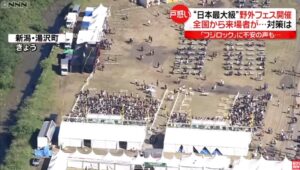 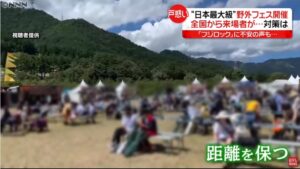 In addition, there was a live performance,
(I won’t put it on it) Well … as you guessed it …

Perhaps the organizer is also fighting the crisis of bankruptcy, but it makes me think about “risk management” in various ways …