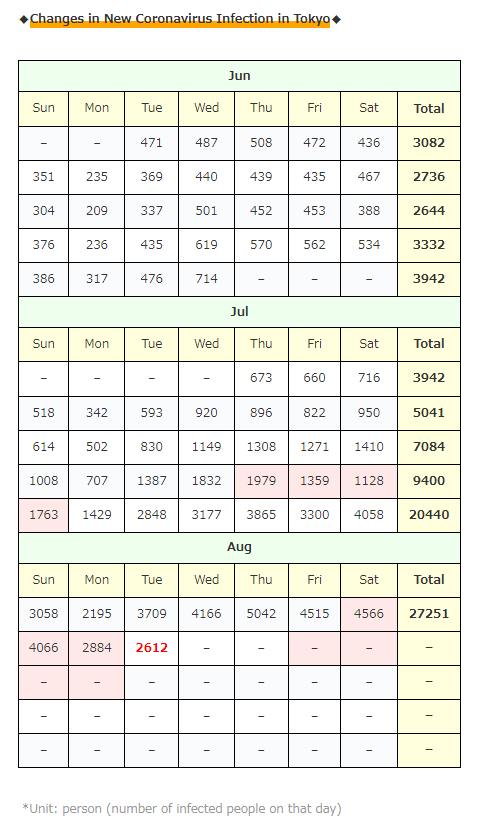 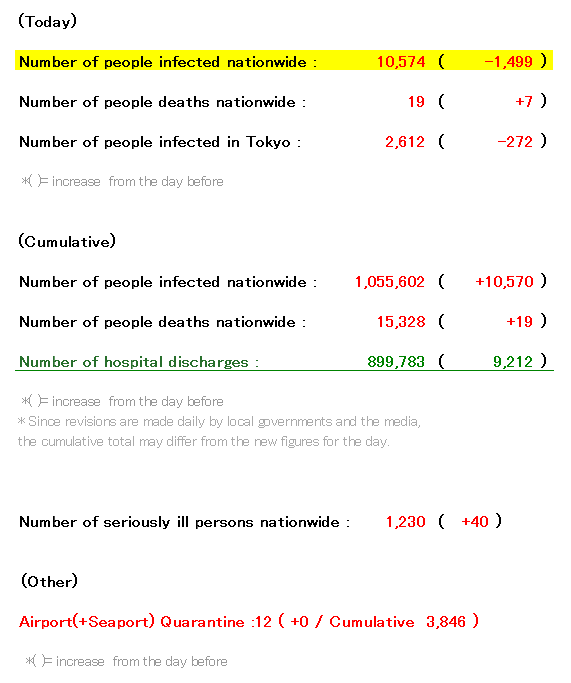 Today’s number seems to be the bottom of this week for the number of infected people in Tokyo, but how much will it increase from now on? .. 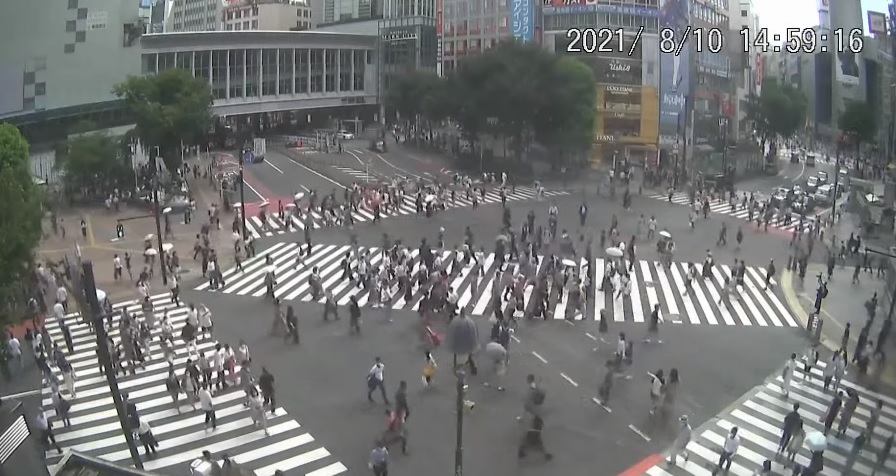 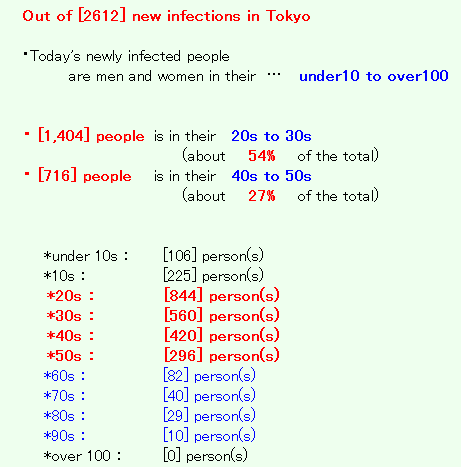 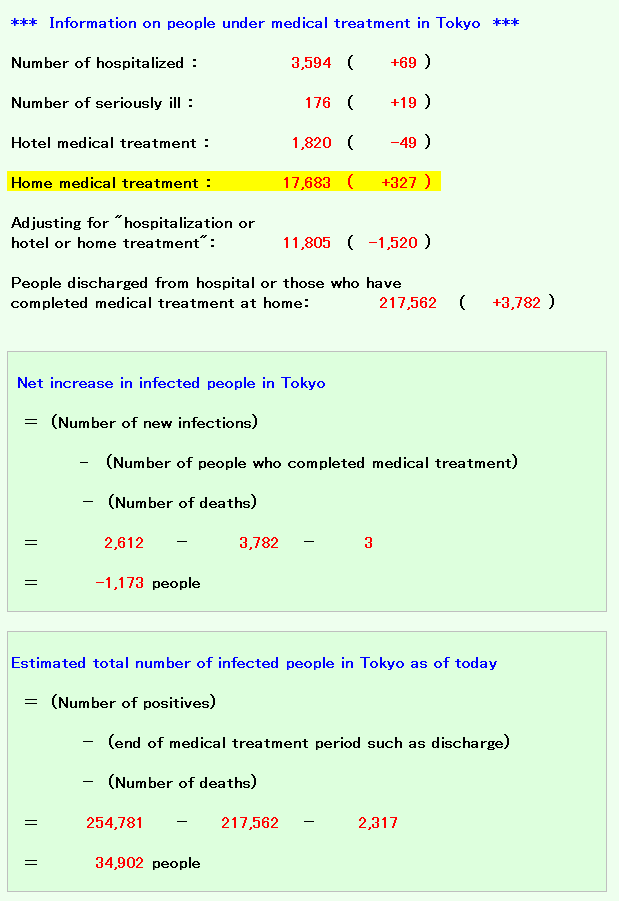 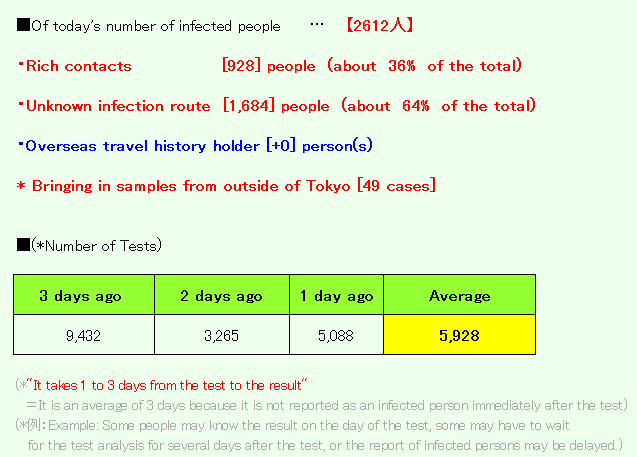 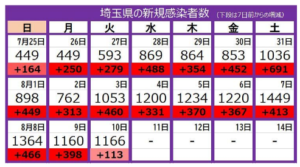 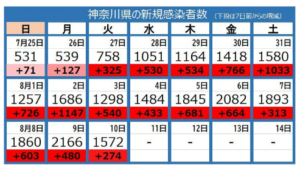 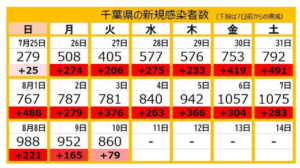 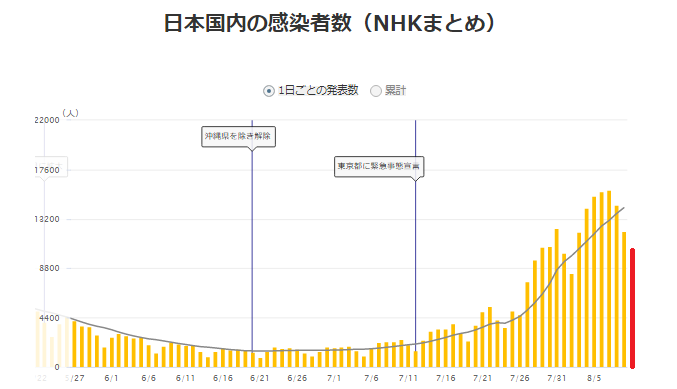 As shown below, there are still many mistakes in vaccination, but …

↑ “We vaccinated two people with a vaccine that had been diluted twice in Shinjuku, but we don’t know who vaccinated.”

↑”The breaker in the freezer fell again and 1600 times were wasted!”
(This time it may be intentional, so they consult with the police!)

According to Prime Minister Suga, the total number of vaccinations in Japan has exceeded 100 million!

The population of Japan is about 126.5 million, and assuming that everyone is vaccinated, 253 million times are required (for vaccination twice per person), so it seems that 1/3 to 1/2 is finally over…

It seems that the destination is still long …!

And although the 3 consecutive holidays are over, this weekend, “Obon holidays (August 13th to 16th) are coming up!

Prime Minister Suga
“Avoid unnecessarily urgent going out, homecoming, and traveling as much as possible.”
“If it is unavoidable, (1) PCR test properly (2) go only with a small number of people close to you.”
“Proceeding with two vaccinations as soon as possible is effective in spreading the infection.”

As mentioned above, he’s still left to vaccination and doesn’t seem to take any special action …

Hmm … After all, it seems that the spread of infection will not stop until “Japanese vaccination that does not know when it will end” progresses to some extent … (cry)

The topic changed, and the Olympics ended safely (?) the day before yesterday, but

a total of 458 people were infected between July 1st, the entry stage before the Games, and August 8th, when the closing ceremony was held…!

To be honest, the infection situation in Japan is so bad that I can’t afford to think about it! … (Dry laugh)

The last topic is data!

The data up to August 4th last week shows that the current infection status in each major infected area looks like this …!

↑I’ve done my best to put it together! Lol

There are a lot of dangerous numbers here and there …
Is the bed usage rate for the severely ill in Okinawa almost 100%?
The positive rate in Kanagawa is 25.3%!?
etc…

I couldn’t think that the positive rate would exceed 10%, but now it seems that most of the major infected areas exceed 10% …

One in ten people testing seems to be infected …!
COVID-19 is really too widespread, isn’t it?…

Really, be careful of infection when you go out …!

“A similar virus was found in the airport quarantine on April 16th.”

.. Hmm, it seems that there is a terrible infection situation in Japan now because JAPANESE GOVERNMENT haven’t taken proper infection control measures and completely shut out the entry from overseas …!

I showed you yesterday, but… 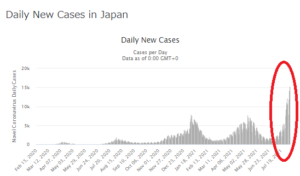 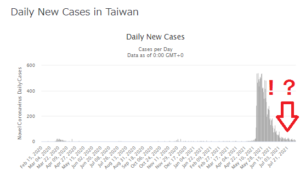 What should I do with the Japanese government … (grudge)

It can’t be helped, so let’s really protect ourselves …! (Lol)