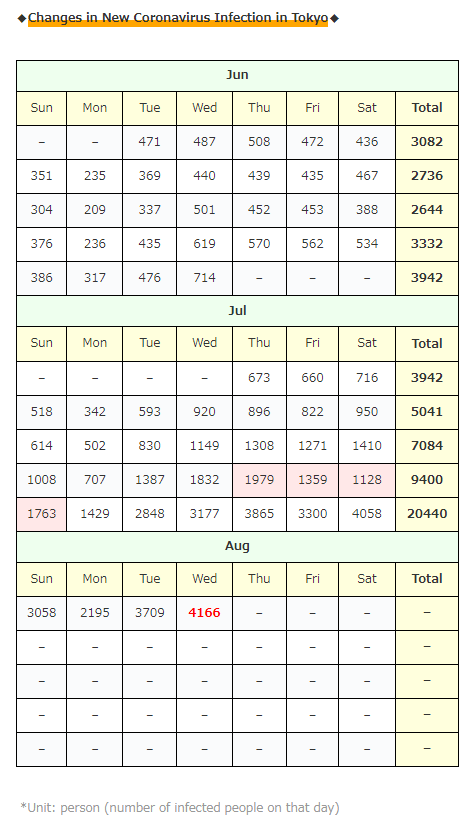 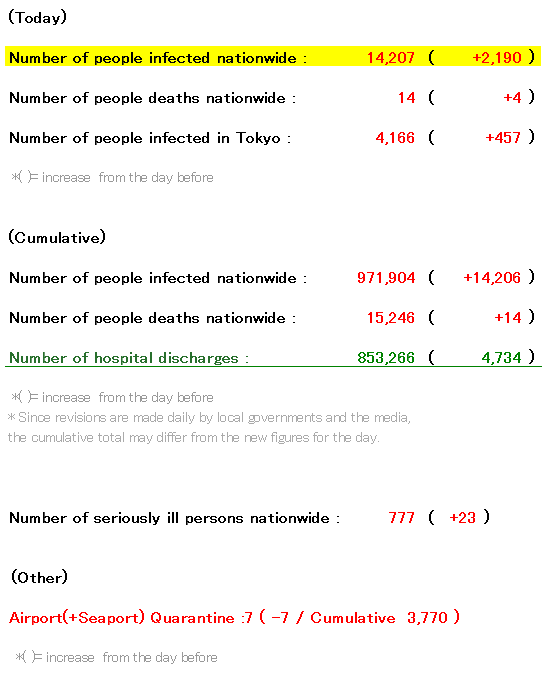 With this, the scenario that “last week was the week after the holidays, so it just increased specially” (= it will decrease from this week) is gone …

It seems that the increase will continue … 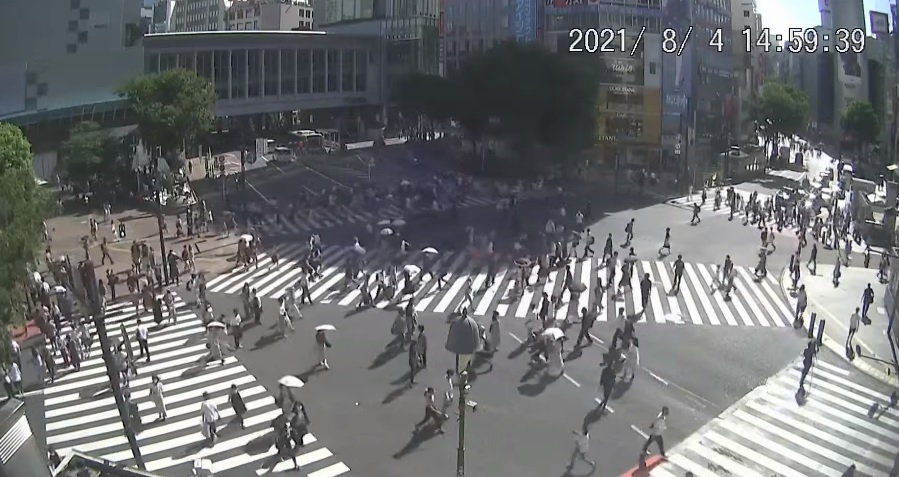 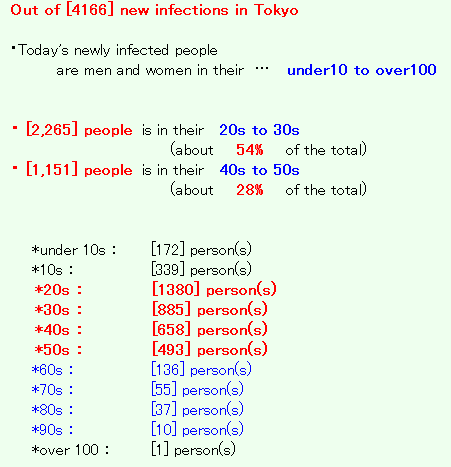 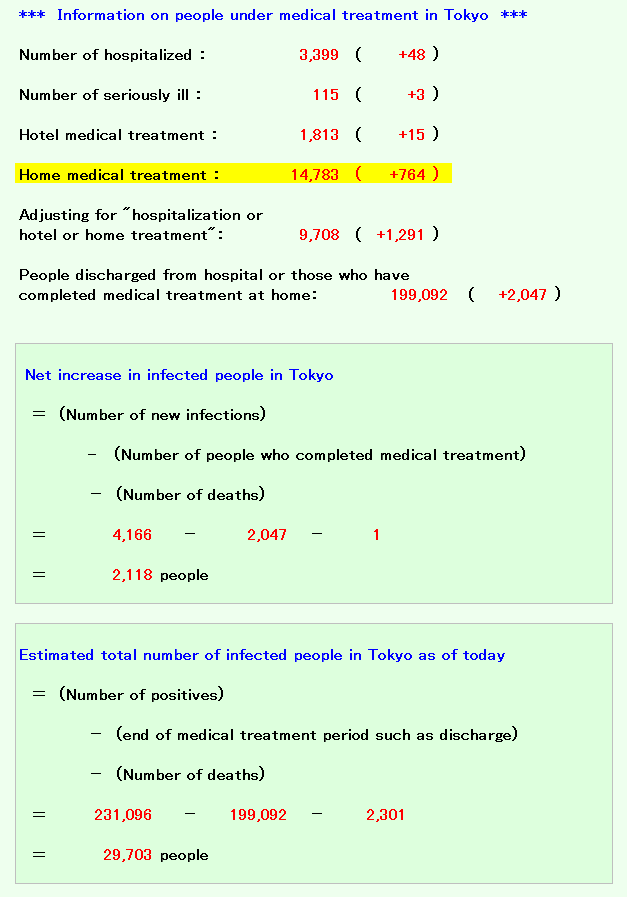 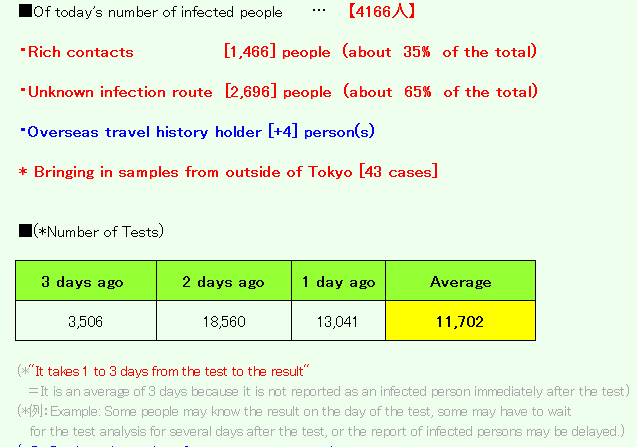 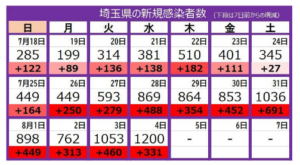 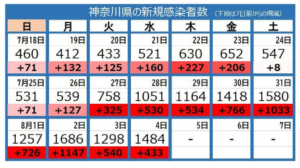 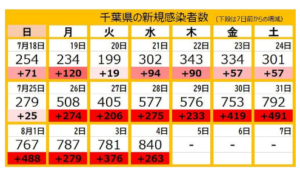 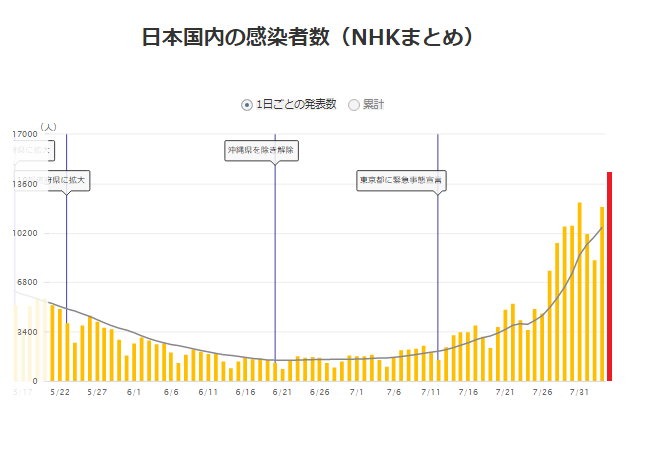 →
*It seems that the above-mentioned Ibaraki Prefecture has issued a “prefecture-specific state of emergency” and requested the Japanese government to apply the declaration on August 3.
(*茨城県 独自の緊急事態宣言へ 国に宣言対象地域の追加要請も – NHK)

Nishimura, the minister in charge of economic revitalization, also said that, but …

Recently in Japan, the number of seriously ill people has not stopped increasing …
According to the article, “In the last 10 days, the number of people has increased by 300 to over 700.”
When you actually make a graph, it looks like this … ↓ 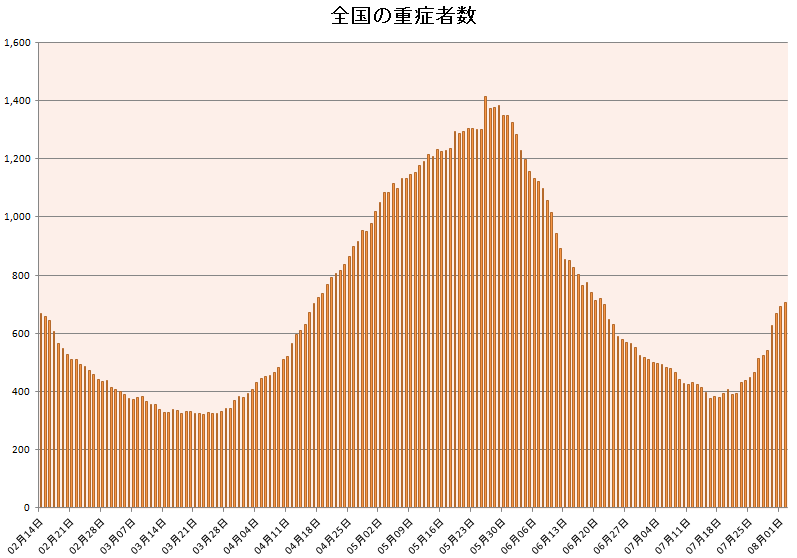 By the way, the number of deaths is currently in the form of a graph like this … ↓ 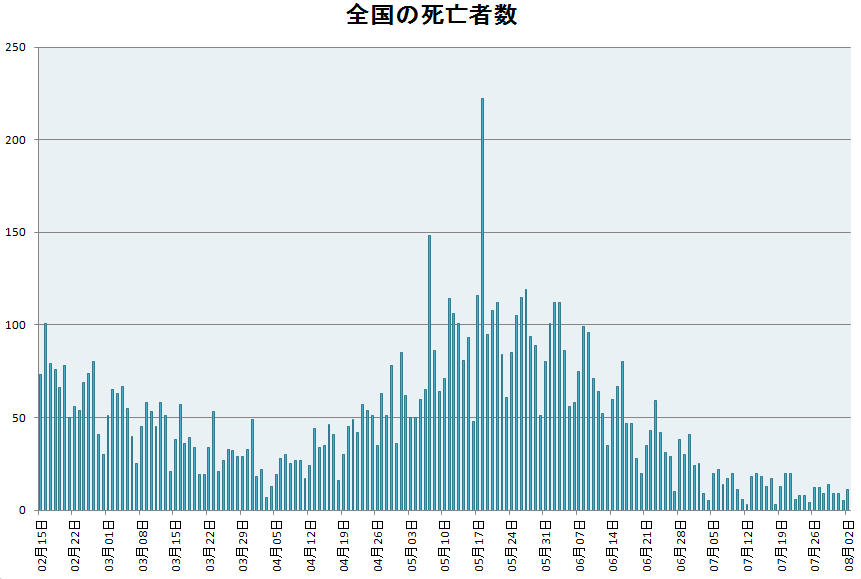 (↑*There are some strange sticks, but the resasons are below)
①May 7th, which seems to have been recorded collectively after GW (*NHK)
②May 18 of “Corrected for 121 people in Hyogo prefecture” (*NHK)

And when I show the transition of the number of infected people nationwide in the same graph form, it looks like this … ↓ 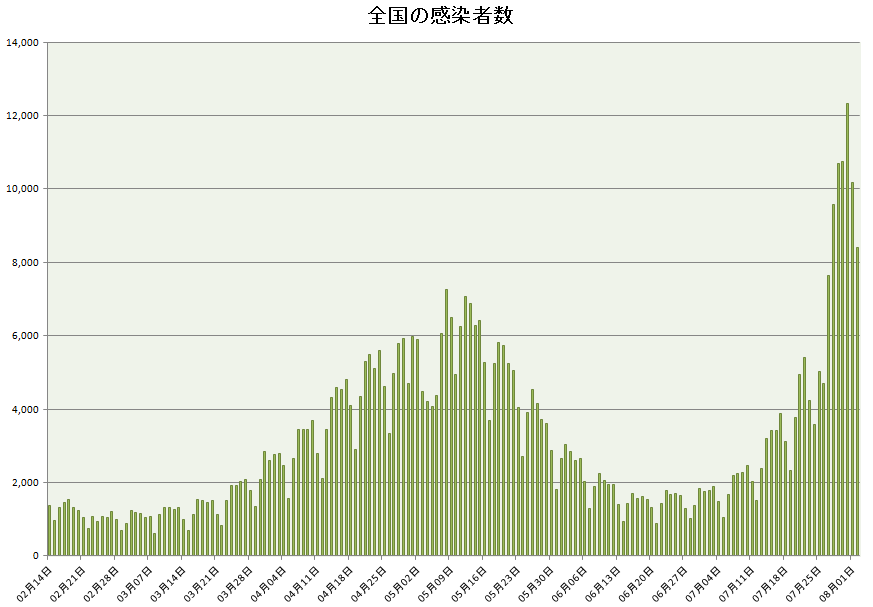 I have arranged three graphs now,
What you can see from the previous 4th wave …↓

The number of deaths in Japan has been low these days, and the government has been very cautious about it, but I’m wondering what the numbers are on August 16th (around the end of Obon) when three weeks after the outbreak of the fifth wave (currently) of infection on July 27…

… By the way, the extra analysis has become a little long today (dry laugh), so it’s easy to get two chunks of domestic and overseas news…

It seems that the largest cluster in Okinawa has ever occurred!
It seems that 140 people have been infected by August 3 yesterday in a cluster that occurred at a medical institution in Uruma City …
(129 out of 270 inpatients are infected, and the vaccination rate for inpatients is less than 10%)

The government will begin vaccination of AstraZeneca Vaccine in areas where a state of emergency has been declared!

It is intended for “people who have already completed the first vaccination with the AstraZeneca vaccine” and “people who are allergic to the ingredients of other vaccines”, and “in principle, do not inoculate under the age of 40”!

The spread of Tottori infection does not stop …!
Double-digit number of infected people every day … 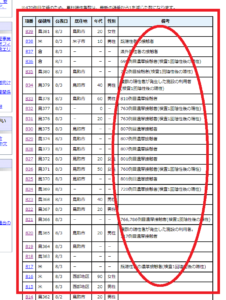 ↑It seems that the close contacts can still chase …

Under such circumstances, Iwate seems to be busy selling and using “Go To Eat” premium meal tickets… (dry laugh) 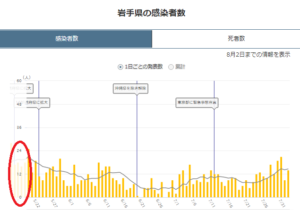 ↑Is there a large or small number of infected people, about 10 to 20 people a day?

And overseas!
.. is just a review of the infection situation …!
(*worldometers)

①Israel, the most vaccinated country in the world ↓ 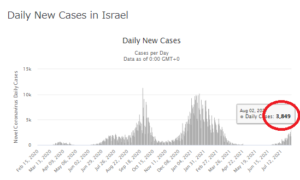 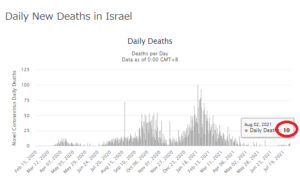 ↑Even if the vaccination rate is high, the number of infected people is increasing a little …

②The United Kingdom, where is in “No Guard tactics” (Although there are so many infected people, there are no restrictions on COVID-19!) 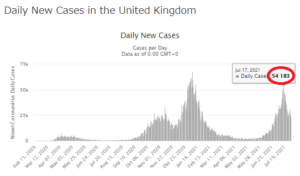 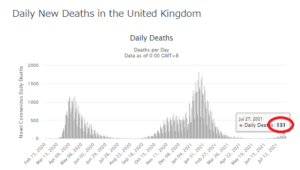 ③The United States, where achieved the “first vaccination rate of 70% for all citizens” on August 2. 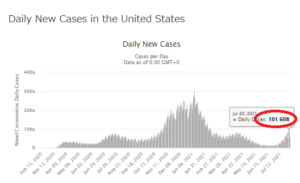 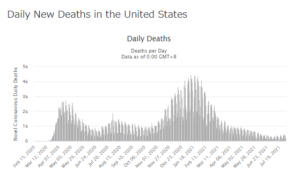 The number of infected people in the United States, Israel, and the United Kingdom (although it has decreased a little) has increased this summer …!

…In Japan, where vaccination has not progressed… 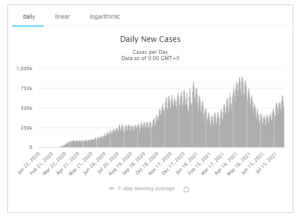 In the meantime, I’m afraid how far the infection will spread in Japan where the “consecutive holiday booster” has been applied …

If the government takes proper measures, it’s still …
I really think that.

…However, the current situation cannot be expected from the government …!