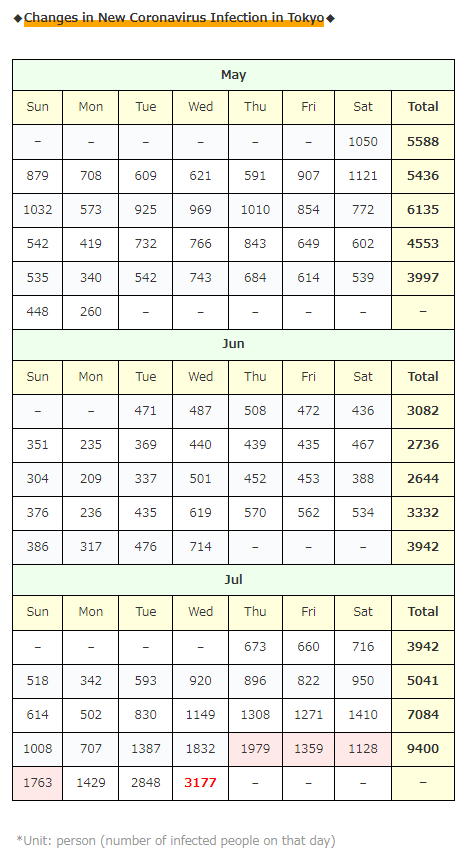 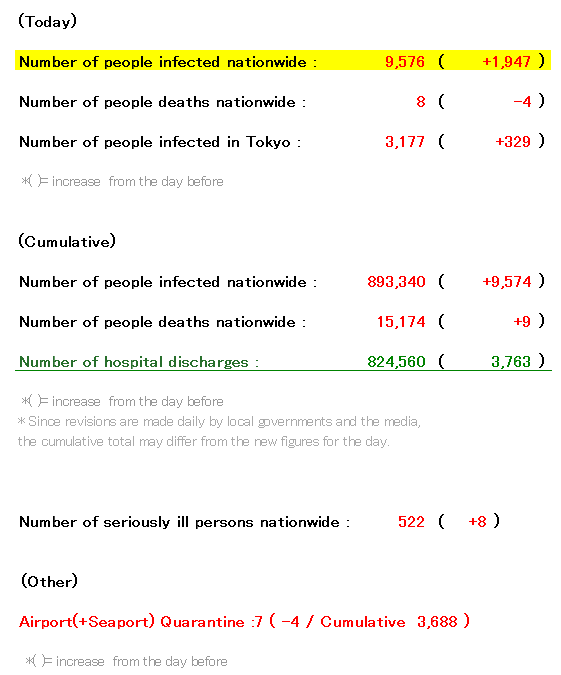 As expected, the number of infected people in Tokyo came out on Wednesday …
Even so, It’s “3000 people …”

The Governor of Tokyo and Prime Minister Suga commented as follows:
“There is a vaccine.”
“There are few infected people over the age of 65 who are at risk of becoming severe.”
“That’s why the image of numbers is fundamentally different from that of the third wave.” 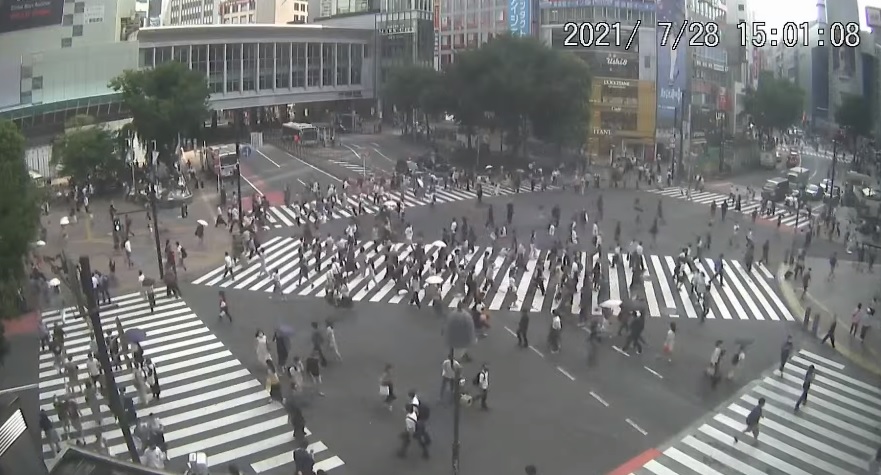 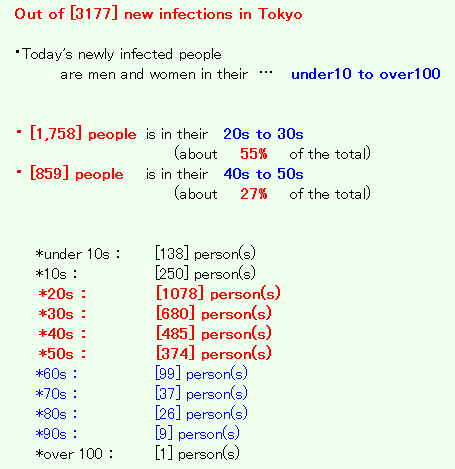 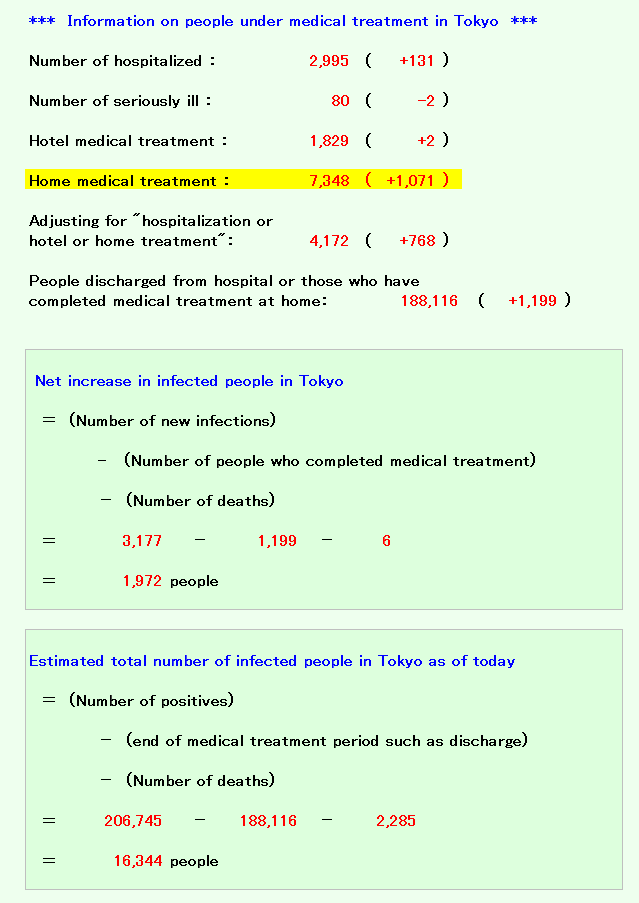 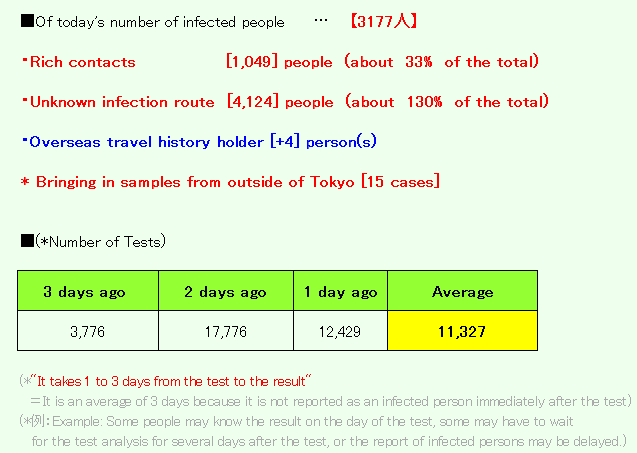 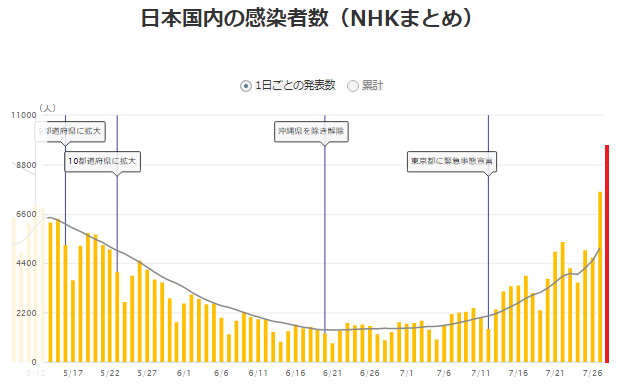 The number of infected people is terrible every day …
It is 17:00 now, so the data is up to yesterday, but the infection situation in Japan looks like this … ↓ 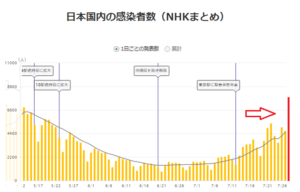 ↑ You can see how abnormal yesterday’s numbers are, even if you don’t zoom in anymore …!

By the way, I tweeted yesterday on Twitter, but the current situation in Tokyo is ridiculous compared to the “Nightmare Third Wave” in January this year …! ↓

(Infection status in January this year) 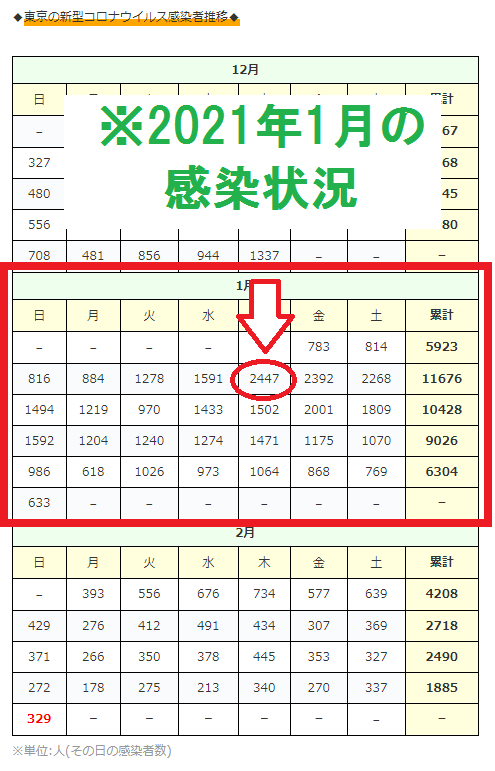 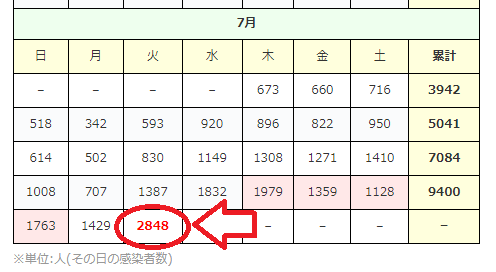 ↑ What they have in common is “the week after the holidays” …!

And one more …
The scariest thing about the current infection situation is that “the maximum number in a week comes from Thursday to Saturday” …
In other words, the 2848 people on “Tuesday” yesterday are still the beginning …

Also, not only in Tokyo, but everywhere in the vicinity of Tokyo is in a dangerous situation, but it seems that Chiba is planning to shift to an “emergency declaration”.

The momentum is likely to be applied later this week …!

In such a difficult situation, Prime Minister Suga and the media …

Media
“The infection is widespread (even if you look at 2848 people in Tokyo), but is there an option to stop the Olympics?”

Prime Minister Suga
“Since the flow of people is decreasing, the flow of people has not increased at the Olympics, so it’s okay not to stop.”
“We will work to prevent infection with a strong sense of caution.”
“The Japanese government has secured a therapeutic drug that reduces the risk of aggravation by 70%.”

Hey … the media …
I don’t care about the cancellation of the Olympics, so ask him, “Why don’t you take any new measures in the current infection situation?”

… And, as you can see from Prime Minister Suga’s remarks, the Japanese government seems to have given up on “preventing infection”…

Since there are few infections in the elderly, it seems that “infection” itself cannot be prevented, and that “therapeutic drugs” will do something about it …

Regarding the above, Director Yoshimura of the Tokyo Metropolitan Health and Welfare Bureau also said yesterday as follows.

“Even though the number of infected people is the highest ever, most of them are in their 30s or younger.”
“The severity rate is extremely low for people in their 30s and younger, and only a dozen or so people are hospitalized out of 100 people.”
“That’s why the media doesn’t make reports that arouse anxiety.”

It has been 16 days ≒ 2 weeks since the state of emergency was announced, but the number of infections is the highest ever …
What will happen to Tokyo in Japan …!

By the way, “Tottori prefecture has the fewest number of infected people in Japan”, but the infection does not stop …!

(Best 5 prefectures with the lowest cumulative number of infected people)

As I have mentioned many times in this summary article, 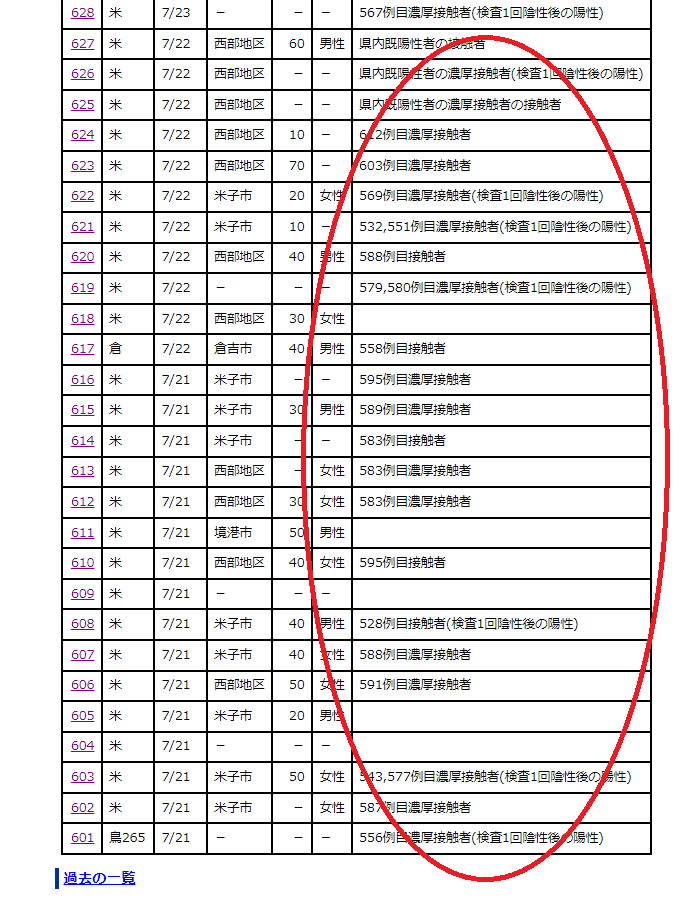 ↑ Most of them were the survey results as “close contacts (=”濃厚接触者”)” .
It show that “the number of infected people announced is large, but the spread can be prevented.”

(Infection situation in Tottori on the last 2 days ↓) 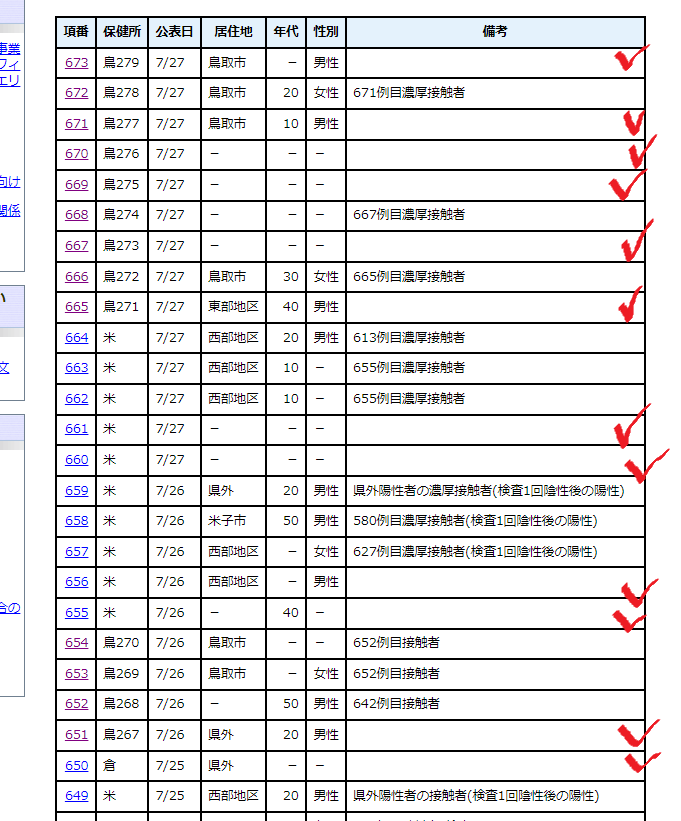