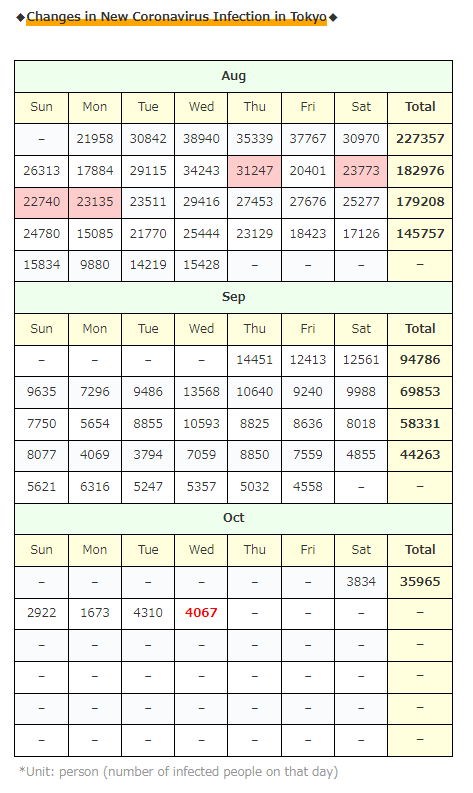 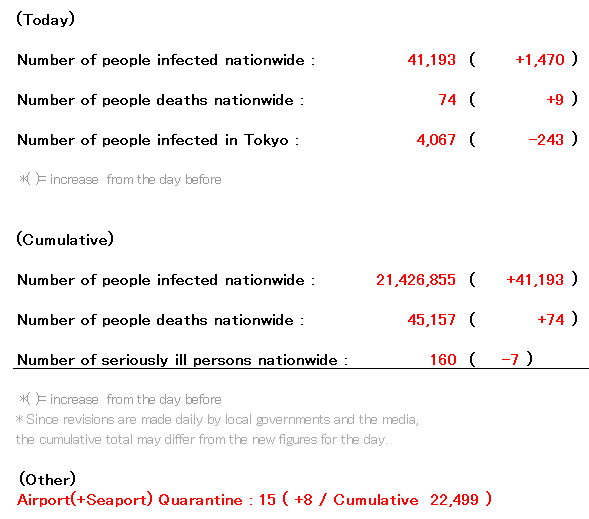 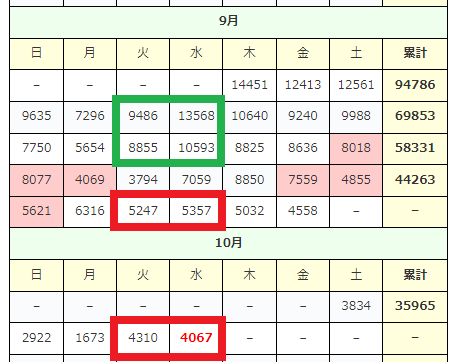 For more than two and a half years, it has always been the rule that “the number will increase considerably on Wednesdays”, but since the Ministry of Health, Labor and Welfare began to announce it, it has been “Tuesday ≒ Wednesday” 2 weeks in a row… 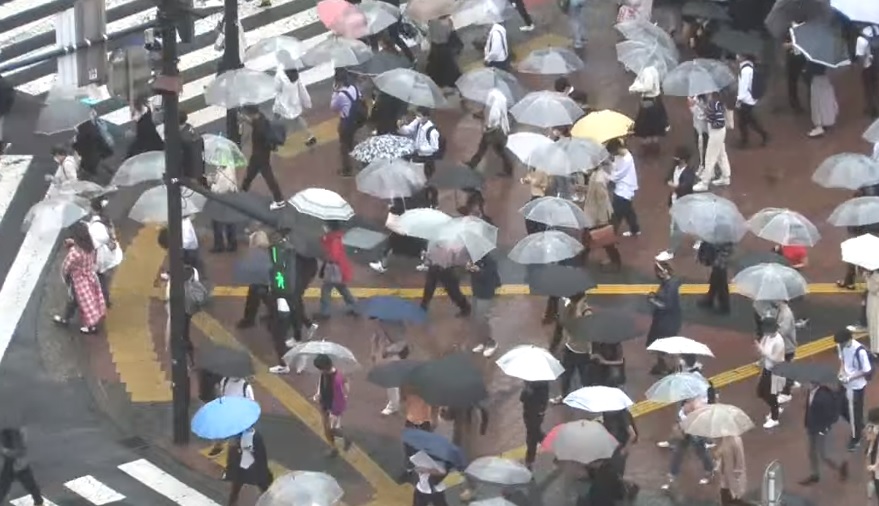 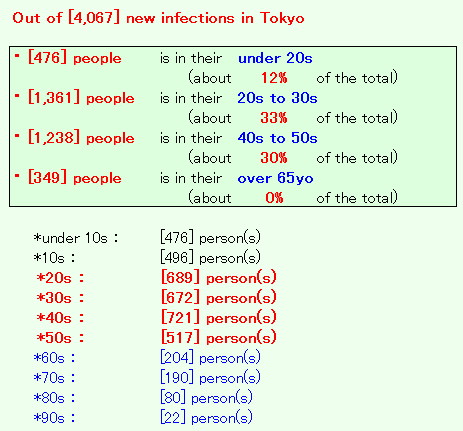 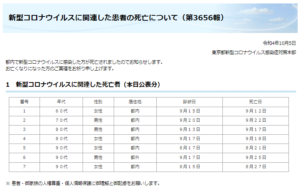 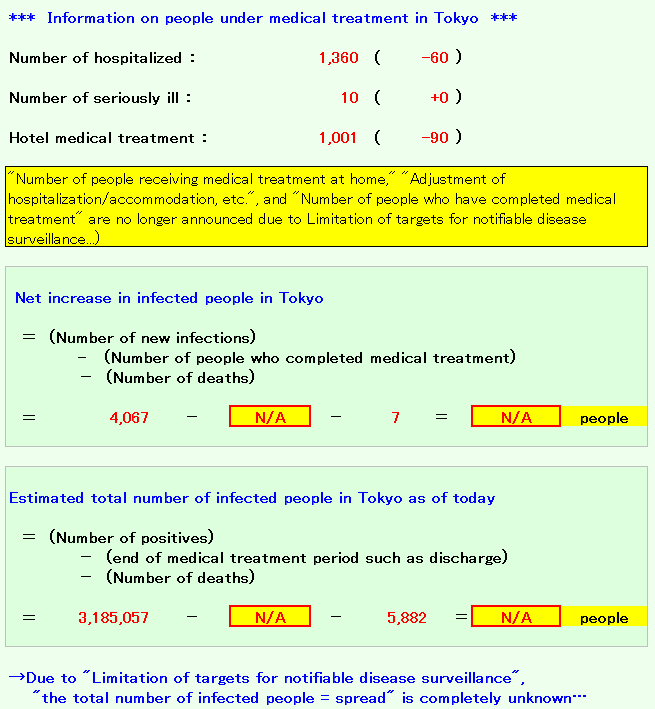 (As of Oct 01, 2022)
※*Tokyo currently has 32 facilities for infected people(February 22-)
(Capacity for a total of 9,100 beds)
(*Since space for staff and storage space for materials are also required, the number that can be accommodated is smaller than the number secured) 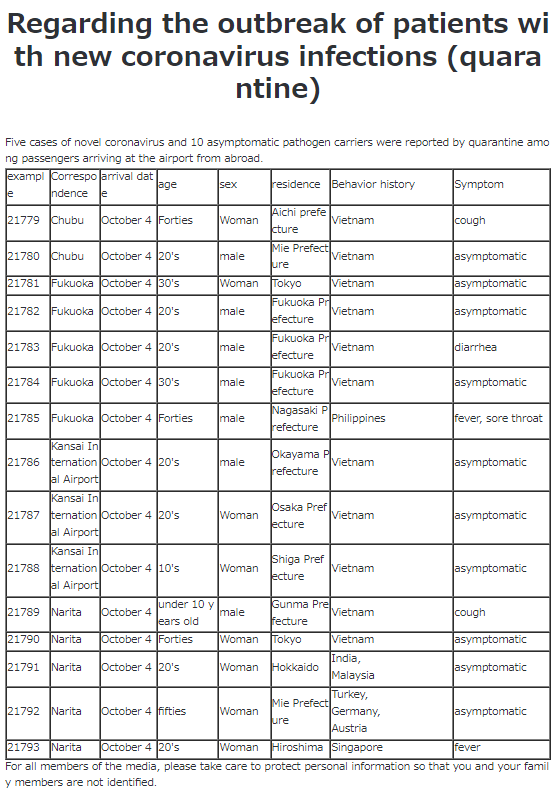 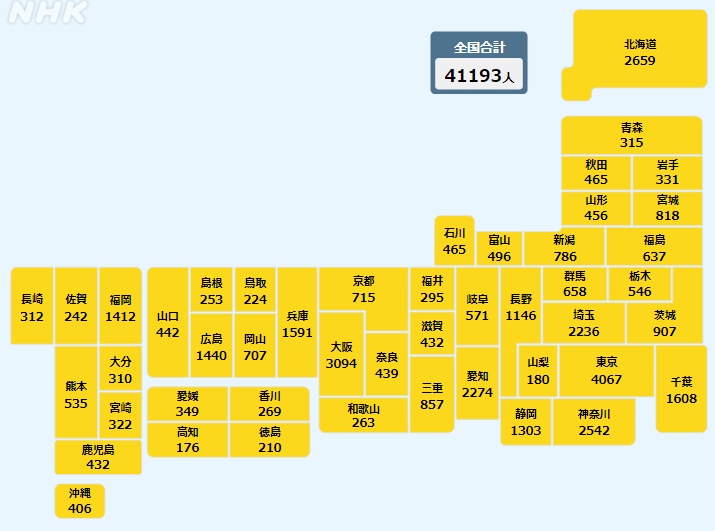 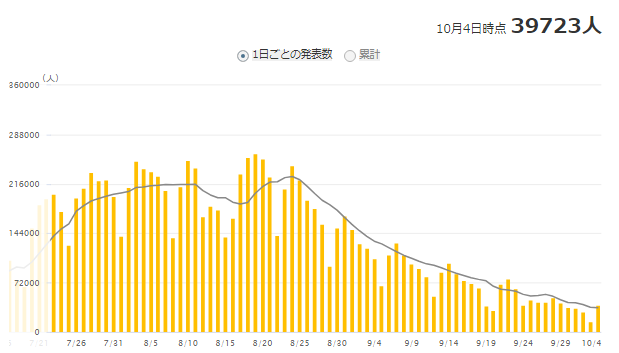 No matter what anyone says, the Japanese government will almost completely abolish border measures from October 11th, but

it seems that hotels for foreign tourists are opening one after another! 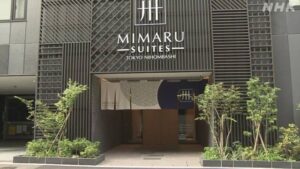 Well… as far as the travel industry is concerned, they should expect…

There is no anti-infectious disease countermeasure or plan to prevent the spread of infection in the future, but it seems that it is more important for the Japanese government to be popular with the public…!

By the way, you already know that the Japanese government is desperate to gain popularity because the approval rating has dropped too much.

Just the other day, they decided to “shorten the quarantine period,” something that even government experts complained about!

…But!
It looks like they’re going to cross the “line that shouldn’t be done” again this time…!

It seems that Prime Minister Fumio Kishida once again remarked, “In principle, wearing a mask outdoors is not necessary” just to ease the dissatisfaction of the public. 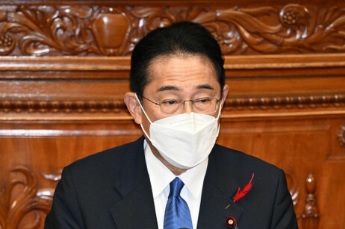 Prime Minister Fumio Kishida
“As long as you don’t have a conversation nearby, you don’t need to wear a mask outdoors in principle.”

…Actually, he wanted to say “You don’t have to wear a mask!”, but it seems that the expert stopped him…

In the first place, “You don’t have to wear a mask” was supposed to be a heat stroke countermeasure, but it’s really meaningless to make such a statement again when it’s getting cooler.

The government seems to be full of strange people and seems to make the following remarks, but…

Health, Labor and Welfare Executive
“It’s too much to wear even when you’re walking outside alone.”
“I want people to be thorough about ‘taking it off outside.'”

…They seem to think that “it won’t spread because the method of disseminating information doesn’t work”, but no matter what the Japanese government says, which can’t control the infection situation in the country, if it’s a “decent Japanese”, why can’t they trust what they say?

In the end, the only thing that changed as a result of that remark was that more people started talking loudly without a mask on trains or in crowded streets, where masks should not be removed…

Everyone already wants to take off their masks, right?
But shouldn’t the Japanese government be more aware of the fact that most people are still wearing masks?

I introduced it the other day, “Insurance premiums have increased because of the employment adjustment subsidies for COVID-19…”, but

today there was an article like this… (dry laugh)

There is an article that says, “Students scheduled to join next year’s job offer ceremony were held,” but since they had not yet found employment under the COVID-19 disaster, they did not receive any benefits from the Employment Adjustment Subsidy, but the insurance premiums were estimated at a high rate…?