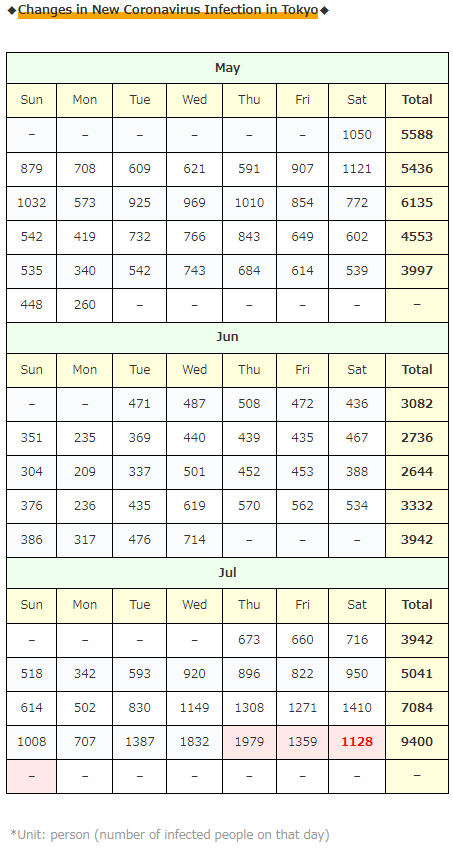 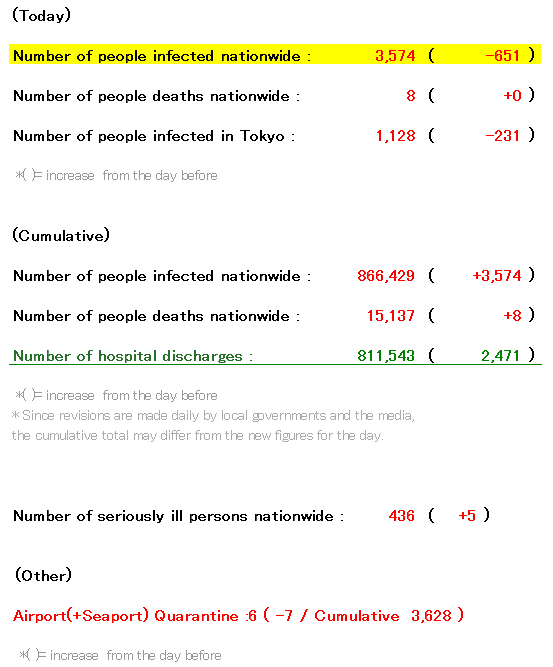 As it is the third day of consecutive holidays, the number of PCR tests in Tokyo seems to be completely in holiday mode … 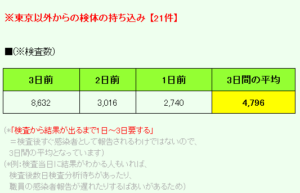 What will happen after the holidays? .. .. 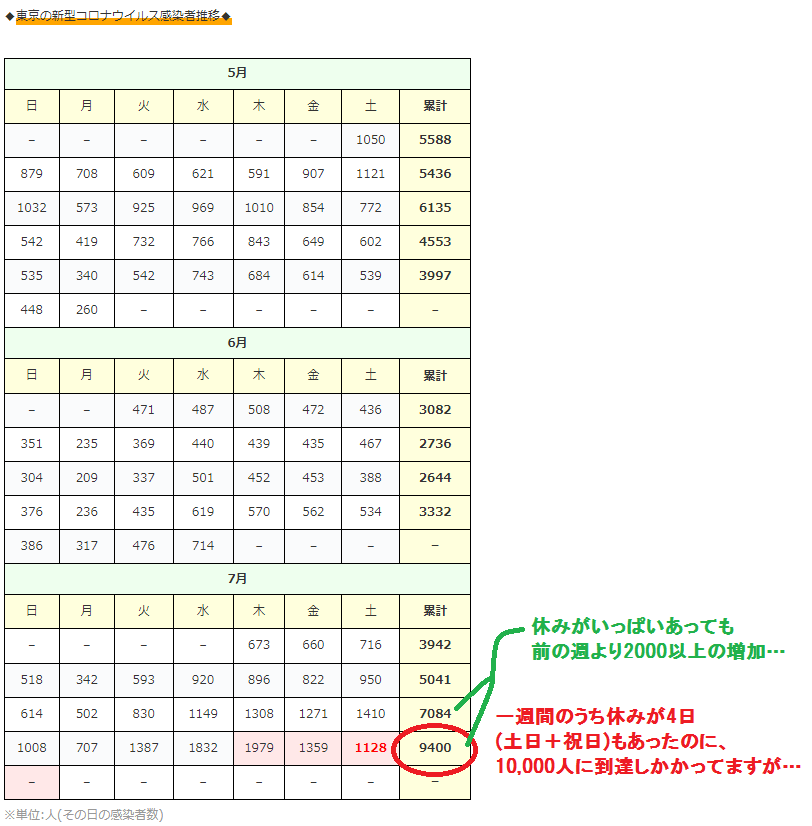 ↑Even if you look at the total of the week, this week is also a big increase from last week …
10,000 people are just around the corner … 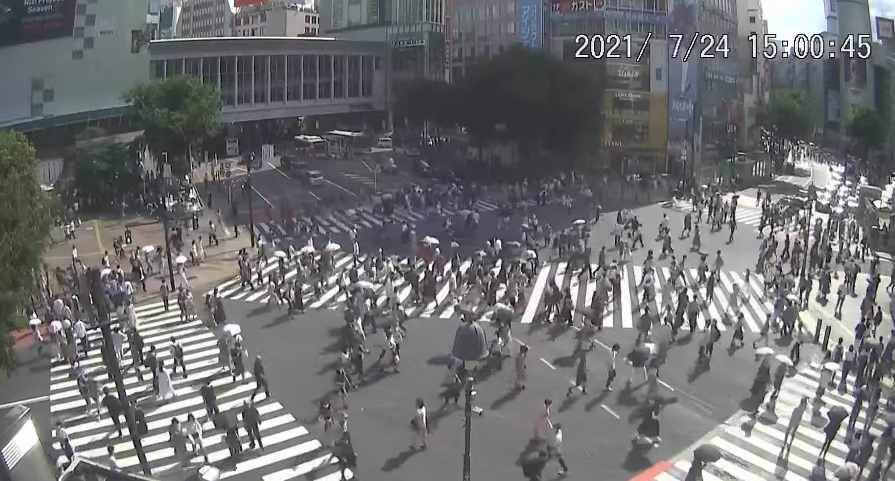 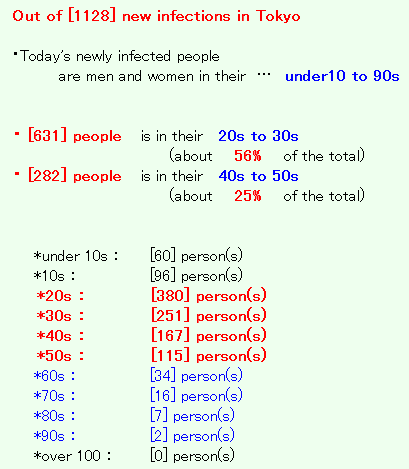 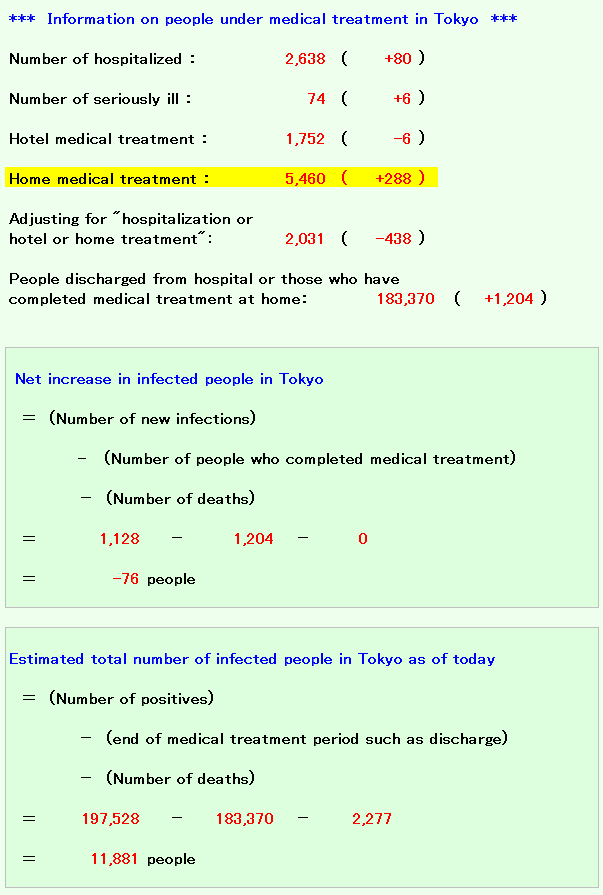 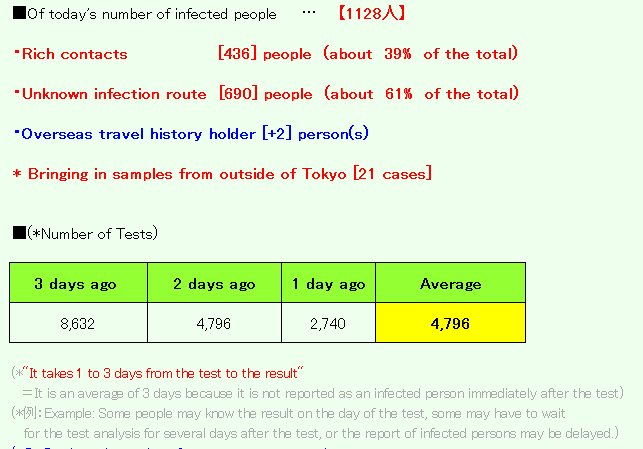 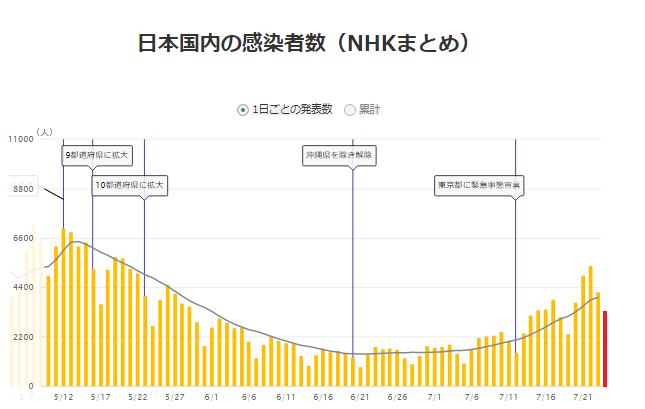 It seems that the number of infected people (a big explosion) will be true after the holidays are over …! (Fear)

By the way, “Tottori, which has the lowest cumulative number of infected people in Japan,” does not easily return to zero, but when you look at the details, it looks like this … ↓

(*green = date)
(*orange = “接触者” = rich contacts)
(*red = “The details are unknown because the person does not disclose the information.”)

↑↑ Looking at two days ago and yesterday, the number of infected people (white outlines) whose route is not well understood has decreased, and it looks like “the search for close contacts is also at the end” …!

Of course, there is a possibility that “new people cannot be PCR tested because they are on consecutive holidays” …

I hope it will converge as it is …

And speaking of Olympic-related news …
There was such news about COVID-19 today!

The government said, “I’m going to have the people involved carry out the PCR test every day, so I’ll hold the Olympics ;;;;”, but actually, it seems that PCR tests could not be performed on some athletes in mid-July, the peak of the entry rush of foreign athletes …!
(Japanese gymnasts, foreign teams, etc.)

Although it is not clearly stated in the article, it seems that such a case occurred only for one day when it seems to be understood from the context …

To put it the other way around, “The Japanese government has been able to test properly on other days …”, so I was a little relieved personally … (dry laugh)

And today is a short, final summary …

Apparently, even in Italy, a vaccination certificate is required when eating in a restaurant …!

It’s also often discussed in Japan, but it certainly seems to reduce the cluster risk at restaurants!

The weather is good and hot, and the number of people in the city is increasing,
so I would like the government to prevent the spread of the infection anymore …!

It seems that China and the United States are still in talks about “the theory that China is the origin of COVID-19” …!

Rather than fighting “yet”, I think “China should be sincerely documented so that everyone will recognize it as innocent!”, but it seems that President Biden was criticizing former President Trump’s criticism of China during the US presidential election …?

.. well, it would be nice if the United States properly denounced China about that case…

I want each government to end the truth of the theory of origin and the infection itself …!