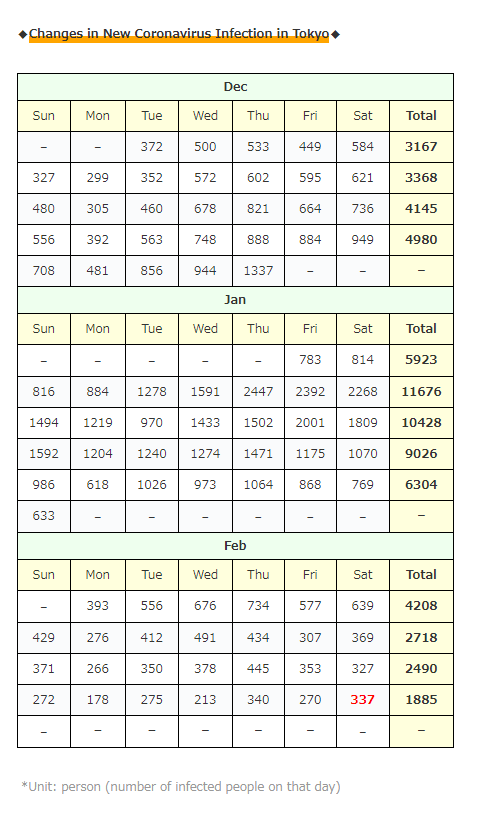 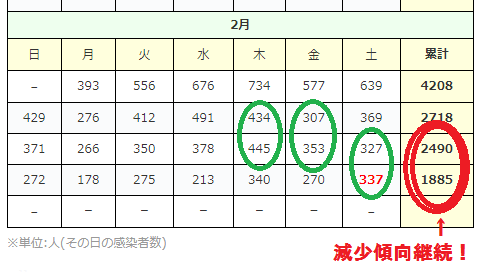 It’s scary because it seems to stop lowering …! 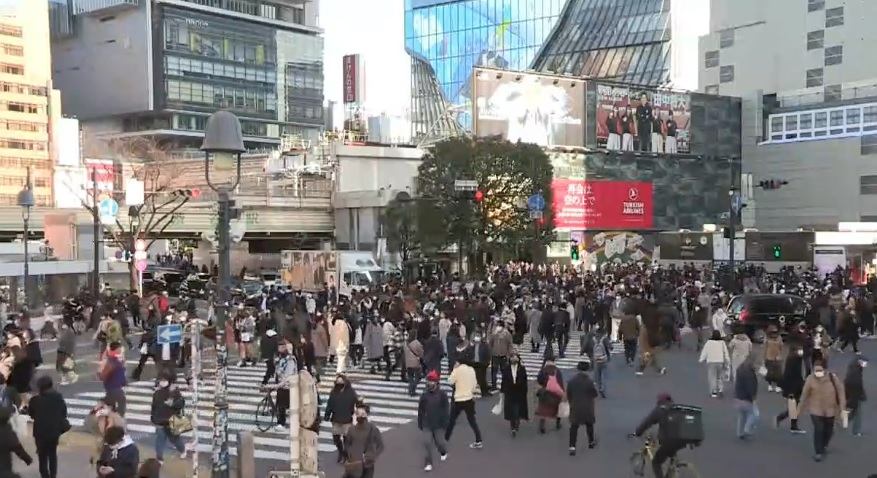 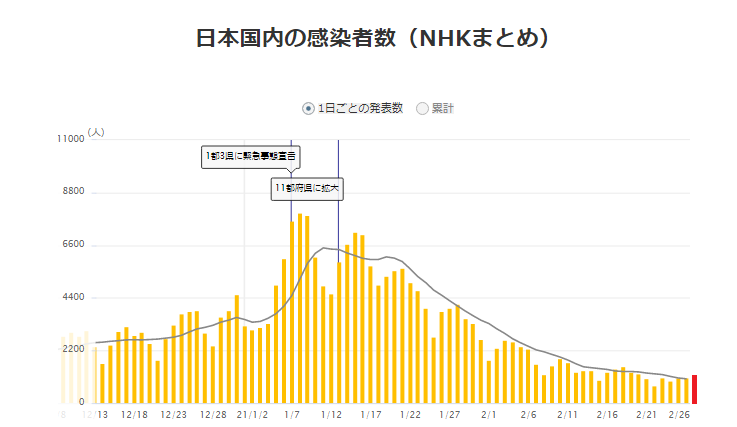 Yesterday, it was decided to cancel the “state of emergency” in 6 regions (Osaka, Hyogo, Kyoto, Aichi, Gifu, Fukuoka)!

The reasons for the cancellation to the 6 regions that will be canceled this time (February 28) are as follows.

“The burden on the medical care provision system reduced”

On the other hand, Minister Nishimura also said as follows.

“This is not all right for the 6 regions that will be released this time.”

“Although epidemics may continue, it is important to take thorough measures to prevent the re-spread of infection.”

It may expand again, but will it be released? ??

“The subcommittee asked me not to let the people feel relaxed when I told them to release it.”

That’s why he says “conditional cancellation”, but there seems to be no particular condition …! (dry laugh)

the government seems to continue the immigration restrictions for the time being even after the state of emergency is completely lifted (including the remaining four areas)!

Oh, by the way of “by the way”, there are 8 people confirmed to be infected by the quarantine at the airport yesterday!

…… what is “immigration restrictions” …? (dry laugh)

In addition, future measures in each region related to the partial cancellation of the state of emergency are as follows!

・2 weeks after the declaration was lifted, original measures
①Request for shortening business hours: 40,000 yen / day (until 9:00 pm)
②Request to refrain from unnecessary and unurgent  going out
③Request to refrain from moving across prefectures
④70% reduction in the number of people who go to work by telework

・2 weeks after the declaration was lifted, original measures
①Request for shortening business hours: 40,000 yen / day (until 9:00 pm)
②Request to refrain from unnecessary and unurgent  going out
④70% reduction in the number of people who go to work by telework

・1 weeks after the declaration was lifted, original measures
①Request for shortening business hours: 40,000 yen / day (until 9:00 pm)
②Request to refrain from unnecessary and unurgent  going out (2 weeks)
④70% reduction in the number of people who go to work by telework

I tried to summarize while investigating …but…

… Well, it’s almost the same as during the state of emergency …

It seems like they didn’t have to lift it.

By the way, the leader of the government subcommittee, Mr. Omi, who you all know, says as follows!

“I agreed but it is not unconditionally.”

“I have a lot of concerns.”

“There was an opinion that the level of infection is still high and should not be lifted.”

From an expert’s point of view, it seems like a situation that “should not be lifted yet” …

And about the remaining 4 metropolitan areas …

Contrary to the 6 regions this time, which was earlier than the scheduled date of March 7, there is a possibility that it will be extended again …!

It looks like some areas are really okay to release, 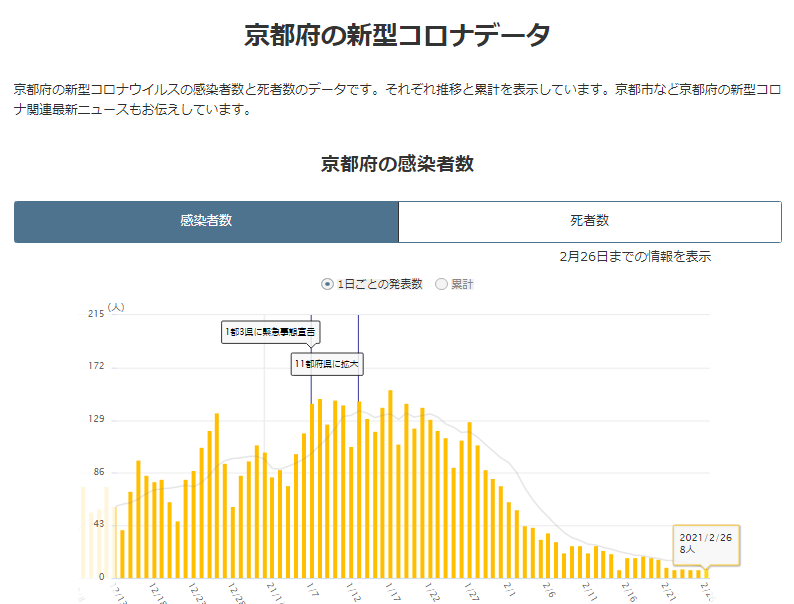 (*The number of infected people in Kyoto)
(* I’m summarizing it every day, and I’m always impressed with how tremendous the reduction in Kyoto is!)

As expected, there seems to be no countermeasure after cancellation, and the vaccine seems to take more time, so I’m still worried about it …!

By the way, “Go To Travel” is not likely to resume yet!

When will it resume …?

If possible, I would be grateful if the vaccine had spread …

Well, March, which is about to start, is going to be a little worrisome …!