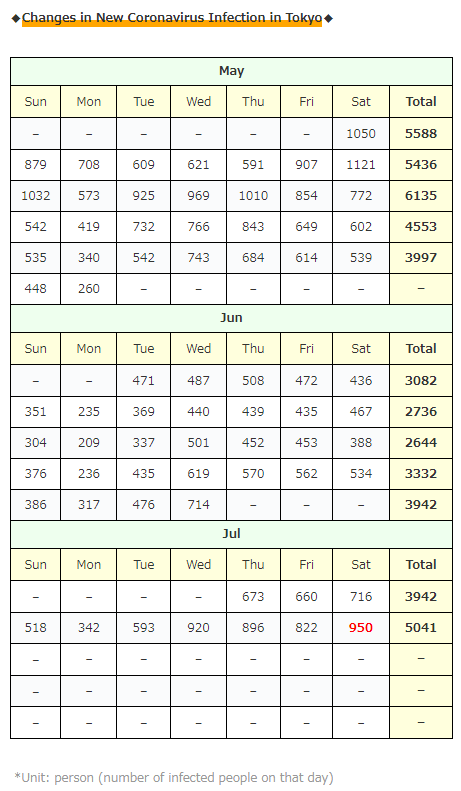 For some reason, the following rules are common in the week when the number of newly infected people in Tokyo reaches the highest level.

“It hits on Wednesday, and it goes down a little on Thursday and Friday, then the highest number comes on Saturday.”

It’s the same flow for two weeks in a row … 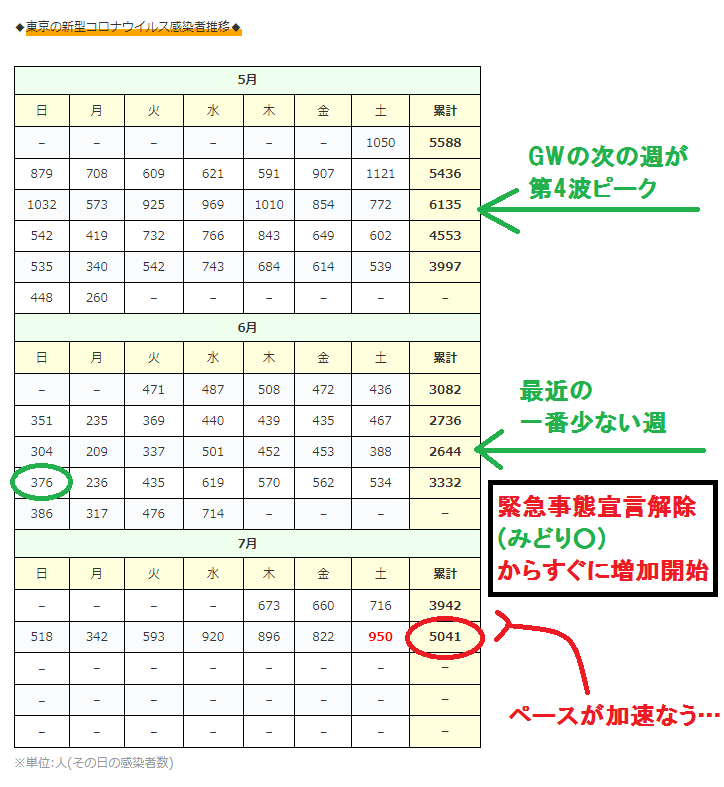 (*The increase started from the week of the emergency declaration cancellation date (green ○), and this week the increase is accelerating compared to last week.) 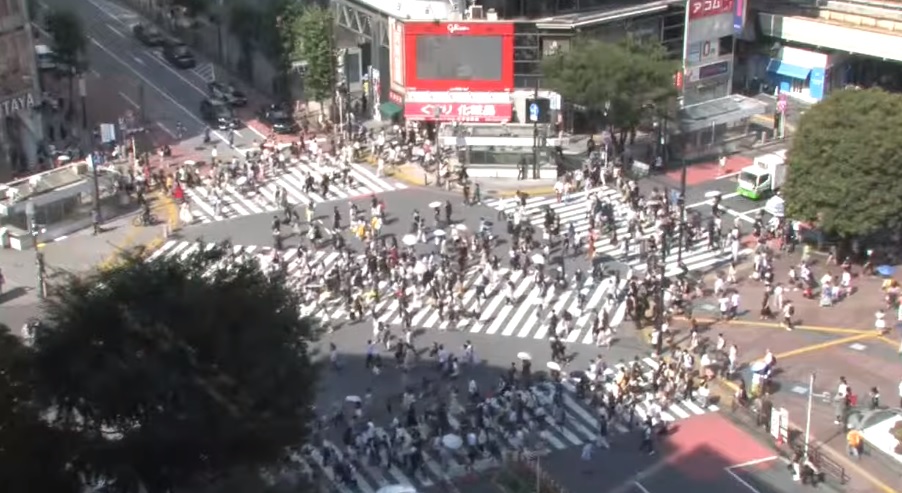 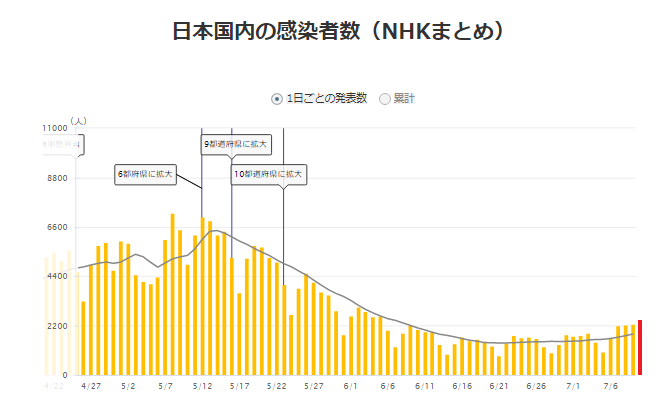 Well, today I had some nice news for the first time in a while!!!

Pfizer, which is famous for its COVID-19 vaccine, is currently developing a vaccine that is compatible with the latest variant virus “Delta strain” and will start clinical trials as early as next August!

Pfizer is doing his best!

It seems that the vaccine will be improved more and more from now on! !! !! (Happy)

…… Well, looking at Japan, it was decided that an emergency declaration would be issued in Tokyo …

↑ Of course, the entire period of the Olympics is under a state of emergency …

In the news today,

one of the Israeli Olympic teams who came to Japan has been confirmed to be infected,

＜Olympic-related foreign athletes confirmed to have been infected to date＞

for foreign teams, the Japanese government is taking proper measures
from PCR tests for several days before entering Japan
to basic isolation stays after entering Japan!

Rather than that, we are relieved for the time being that it will be held without spectators …

It seems that overseas media are reporting more and more about this contents…!

United Kingdom (Guardian)
“A new blow to the Tokyo Olympics, which continues to have trouble”
“The Prime Minister supported the event amid public opinion and opposition from experts.”

France (L’Équipe)
“The blade (of the guillotine) fell due to the unattended holding.”

America (Bloomberg News)
“If it’s held without spectators, it’s a new blow to the tournament that was advertised as a proof of winning the virus.”

America (CNN)
“If it is held without spectators, not only Japanese fans but also athletes will be disappointed.”

.. Speaking of which, Prime Minister Suga said,
“We will make it a tournament that proves that humanity has won the virus.”
(dry laugh)

By all means, it seems to be
“a proof that Japan was defeated by looking at the virus lightly” and
“a proof that Tokyo and Japan could not control the infection and exposed their incompetence to the world” …

By the way, NHK has summarized “how the Olympic Games were held without spectators” again!

●1 metropolitan area and 3 prefectures (Tokyo, Saitama, Kanagawa, Chiba)
→Two prefectures wanted to accommodate the audience
→One prefecture insisted on no audience
→In the end, they agreed with the opinion of Tokyo

●Chairman Hashimoto, Organizing Committee of the Games
Even in this situation, she still wanted to accommodate the audience until the end

By the way, one of the overseas athletes seems to have declined to participate, saying “If there are no spectators, I will not participate”,

but the last-minute choice of “we want to realize a place where athletes can play an active role while considering the infection situation and our life in Japan” is really the last-minute choice for the non-audience Olympics,
so based on that, it is up to the players to choose not to participate, it can’t be helped.

… Oops, the summary is too long today…

There was another big topic, but I’ll do it tomorrow!

By the way, speaking of the Olympics …

The Japanese government does not seem to respond to the financial burden of Tokyo in the event of an unattended event …!

It is often said that “ticket income of 90 billion yen is lost!”, But that is a “refund” and not a burden …

Rather than that, the tax revenue from the following etc. will decrease, so it seems to be difficult in Tokyo …

Opportunity cost of ticket sales
Transportation, accommodation, and accommodation for tourists and spectators

Hmm … the more I think about it, the more negative it is …

But! This is the Olympics for athletes!

Good luck to the players!