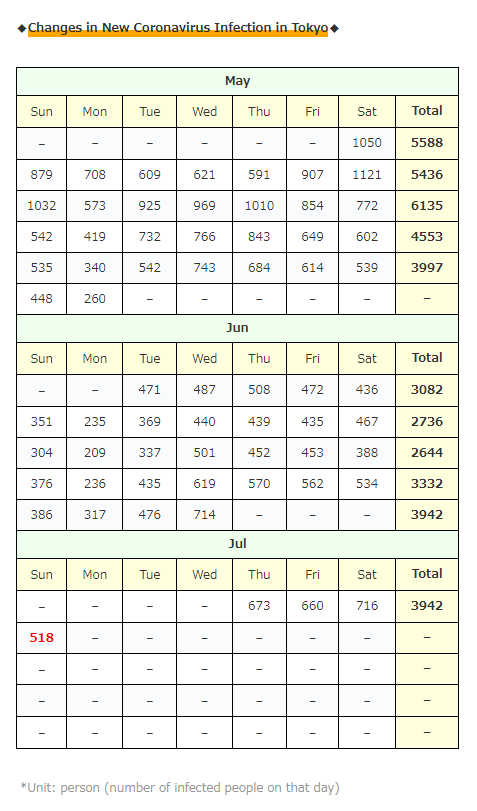 The number of newly infected people in Tokyo has been “more than 100 more than the previous week” for 5 consecutive days ..

Tomorrow is Monday (the day when the number of infected people is the lowest in a week), so I think the number will be small, but… I wonder how many people this week’s MAX will be with this number from Sunday … (fear) 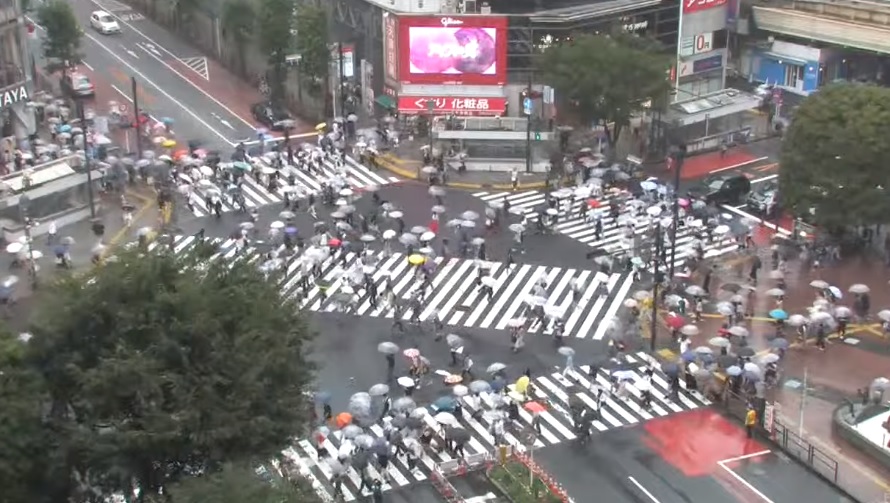 ・Clinic specializing in artificial dialysis in Yokohama City
*Today [2] person(s) / Cumulative [6] person(s)
*It seems that 6 people were on dialysis on the same day.

* It seems that there was no “new” cluster outbreak today. 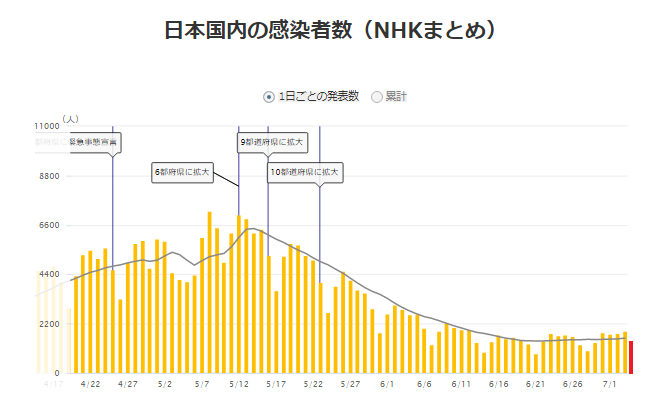 Recently, the news related to COVID-19 has decreased, probably because the infection is relatively calm except in Tokyo.

However, there were some news that I was very interested in today, so I would like to introduce them all together!

First of all, about “vaccination” in Japan …

It seems that three new large-scale vaccine vaccination venues have been opened in Aichi Prefecture!
(*For citizens living in the area)

↑↑ Looking at this news, it seems that vaccination is progressing steadily, but …

On the other hand, in recent news, vaccine shortages have become quite big news every day, as shown below …!

“People can’t get vaccinated because local government and venue etc. don’t get the vaccine from Japanese government.”

“Some people have been canceled their reservations”

Regarding that, Mr. Kono, the minister in charge of vaccines, said as follows.

“Vaccine supply to companies and universities that have not yet been notified of application approval will be from the first week of August.”

(* By the way, there are currently applications for 5200 venues, and only about half of them have been approved.)

… I was too worried, so I looked it up for an hour or two (dry laugh), but it seemed that the supply was delayed for some reason …!

First of all … I was worried at the very beginning … but it seems that there is no such thing as “the supply schedule from overseas is delayed”, so don’t worry! 🙂

By the way, the “reason for delay in vaccine supply” announced by the government is that…

“Because the amount of vaccine that can be delivered per day has reached the limit!”

… But if that’s all, I think the government should increase the number of delivery trucks…

When I looked it up, it seems that there are different problems with “large-scale vaccination” and “municipal vaccination”.

Apparently, it seems that “workplace vaccination” has already been approved to the limit … 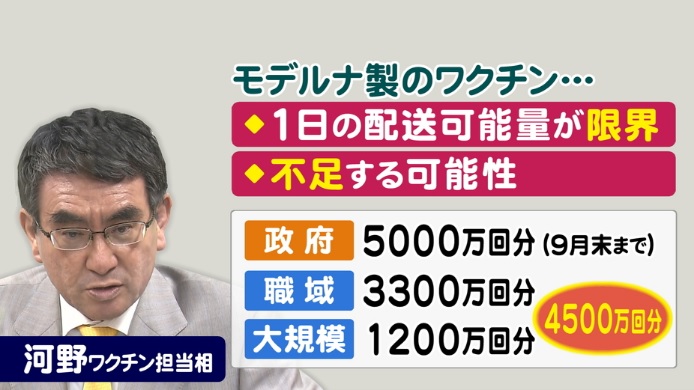 For English-speaking countries, the meaning of the image…

→It has already reached 45 million times and may run short.

And it seems that vaccines are not being supplied even at the already approved occupational vaccination venues .

According to government officials, the reason is as follows …

“In the case of occupational vaccination, we initially delivered the vaccine for the number of applications requested, but since there were many cases where the vaccine was left over depending on the company, we switched to delivering the vaccine after scrutinizing the required number of vaccines.”

the point is, “Many large companies lied and applied for more vaccines, so they ran out of vaccines.”

(The following picture shows that occupational vaccination has been suspended only two weeks (6/25) from the start of application (6/8).) 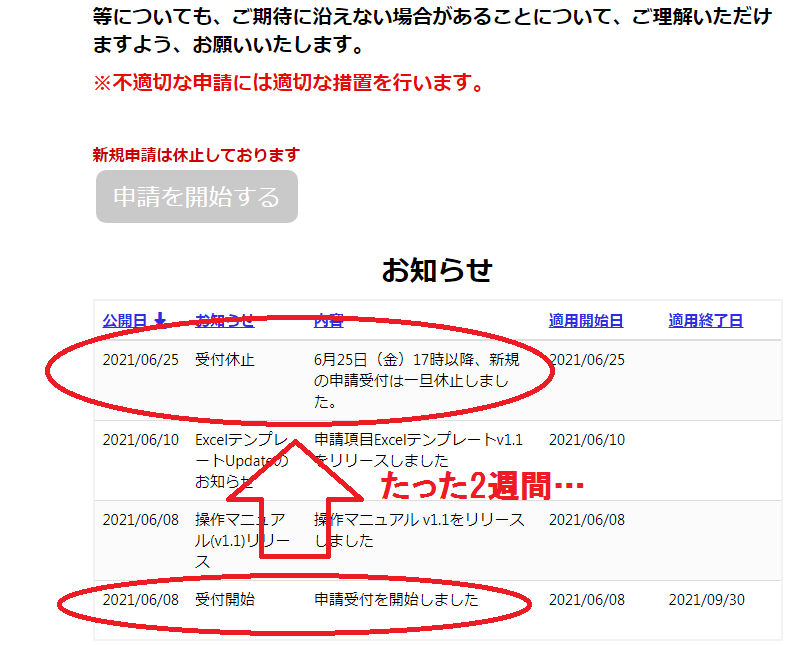 ↑ ↑ When the government started accepting applications for occupational vaccination venues in large numbers without thinking about anything, they realized they were running out of vaccines and seemed to have a flat tire in just two weeks …

The proof is that it has been suspended until the reservation acceptance of the “Large-scale vaccination center”, which uses the same “Moderna vaccine” and should be prioritized over the “Work area vaccination” …

(*Normally, a large-scale vaccination center for all citizens should take precedence over “work area vaccination that only employees of the company can vaccinate” …)

Therefore, they hurriedly narrowed down the reservations for the large-scale inoculation center and adjusted the book ends …?

So, the conclusion is as follows.

Regarding “work area vaccination” and “large-scale vaccination”, it seems that the people are inconvenienced by the large companies that applied for vaccines too much about lies and the government that approved it without thinking about anything …

And About the “shortage of vaccine supply to local governments” …

Since the local government skipped input to the “government system that manages vaccination history” after vaccination of citizens, the supply seems to be reduced because “Japanese government do not know if there is a surplus of vaccine in the area”.

the government began using the Moderna vaccine, which is used for large-scale vaccination, for vaccination of local governments.

As a result, due to the problem of “workplace vaccination”, there was a shortage of vaccines, and it seems that the supply to local governments has become impossible …!

So, the conclusion is as follows.

In conclusion, the “current shortage of vaccines in Japan” is not due to the delay in supply from manufacturers, but seems to be caused by the following two causes.

②The person in charge of vaccination is sloppy or neglected, such as “overreporting the required amount of vaccine to apply” or “delayed input to the system”.

After all, the only way to get rid of this wrinkle is to wait for the vaccine from overseas to be supplied, which seems to be the end of July …

Oops, I’m getting frustrated, so let’s stop this! lol

(* There were some articles I would like to introduce, but the text has become long, so I will do it tomorrow!)

Yesterday was Saturday, but …
I saw the Shibuya scramble intersection at 20:00 on Saturday, thinking that “Let’s see it in Shibuya at night after a long time”, …! ↓ 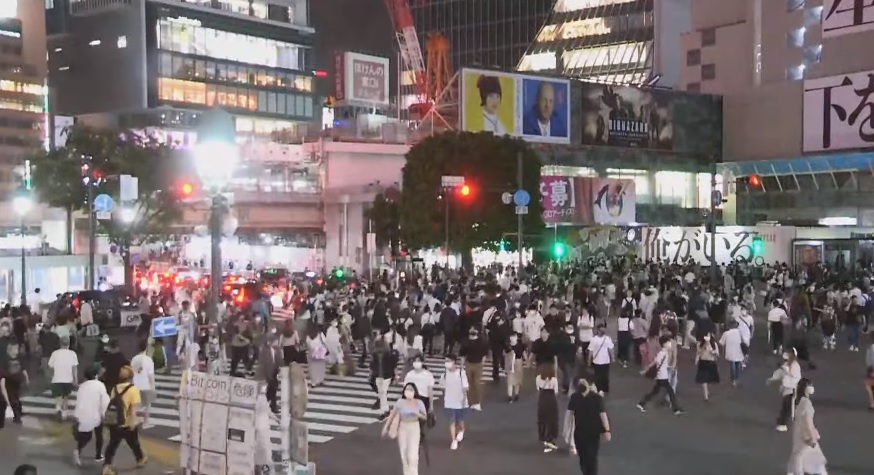 I understand that the number of people will increase during this time because the request for shortening business hours is until 20:00 due to “priority measures such as prevention of spread”, but …