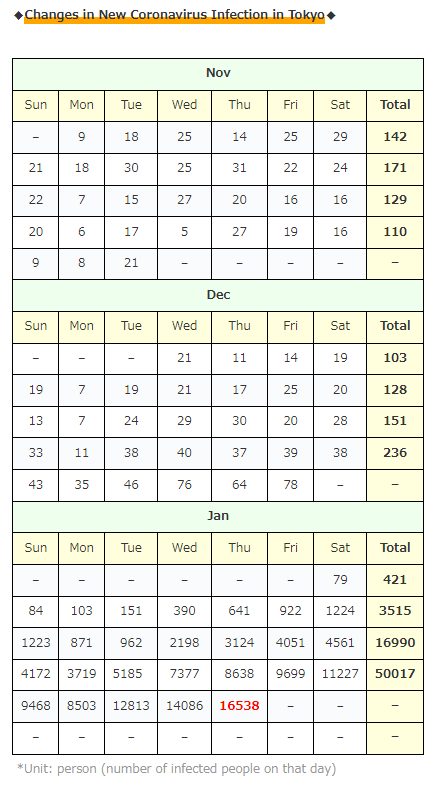 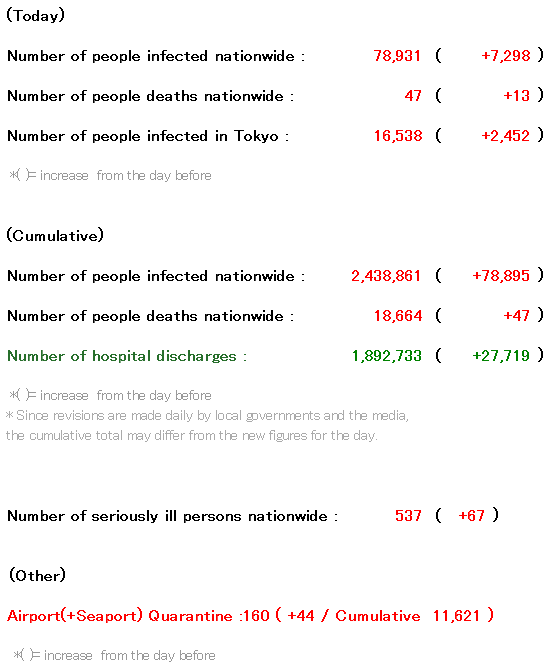 The number of infected people in Tokyo … There is no sign that the increase will stop at all …!

Even if we focus only on Thursday, it has been increasing terribly every week since the end of December, 10 times, 5 times, 3 times, 2 times … 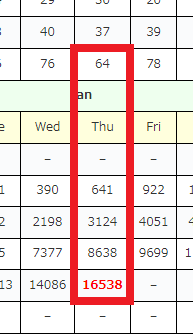 There is a trade-off with TEST ability, so it is still difficult to say that the increase has slowed down … 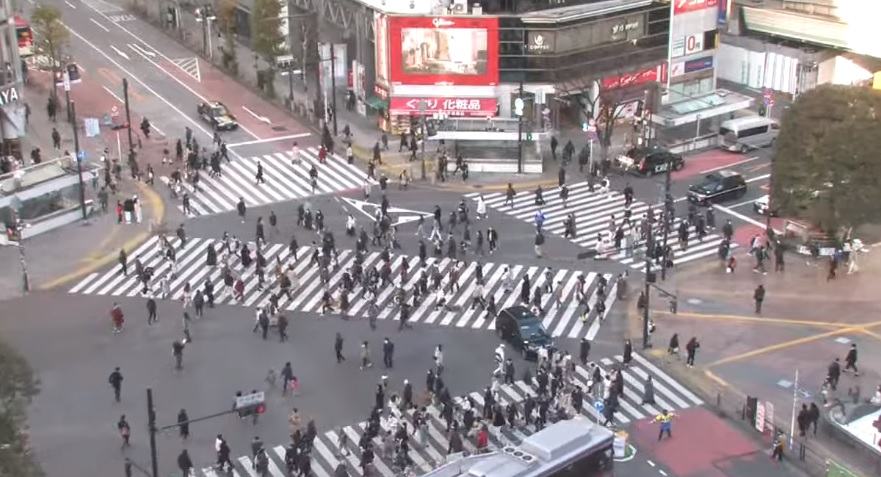 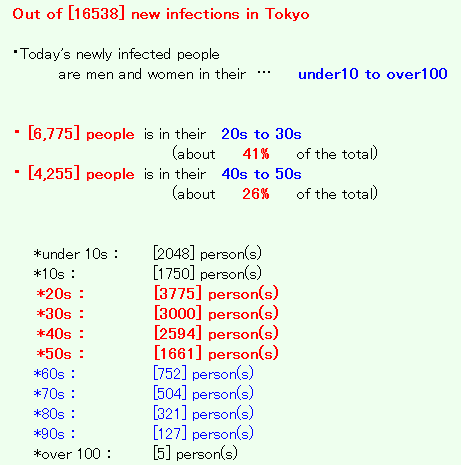 ・ Recently, it seems that the infection after the second vaccination is about 40% of the total. 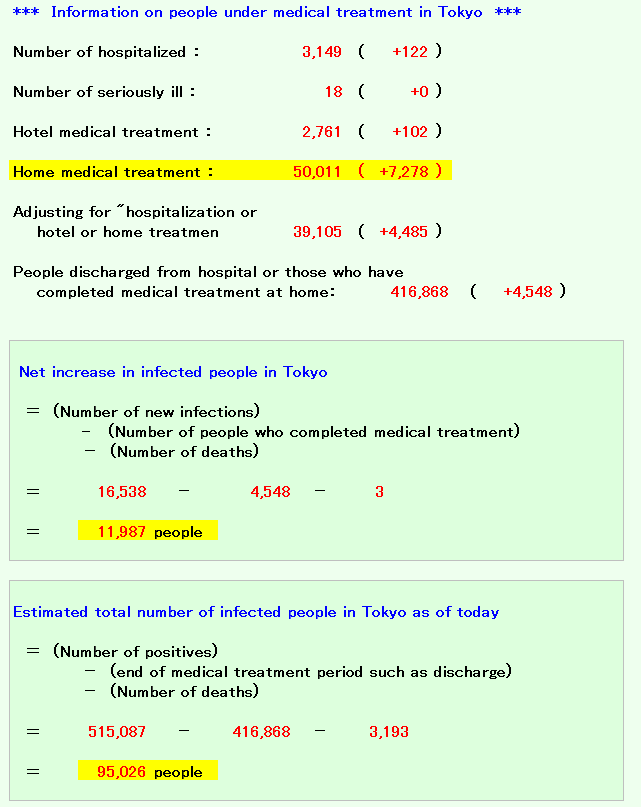 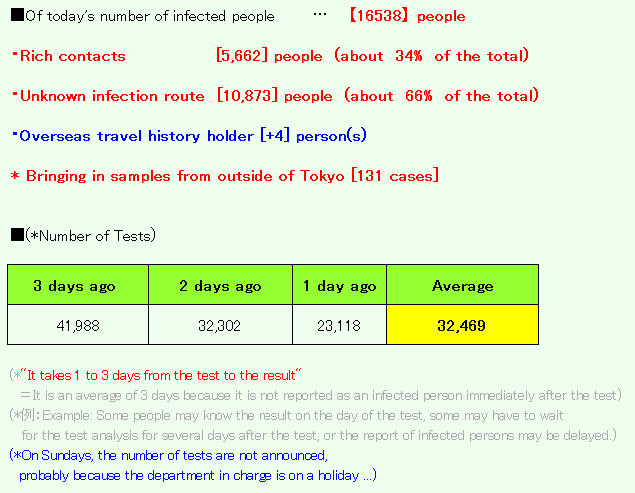 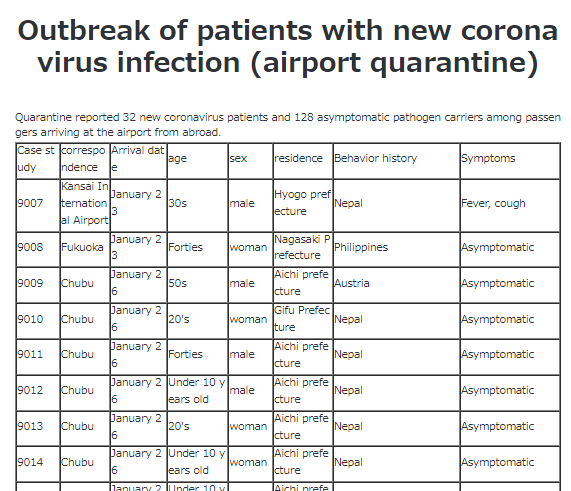 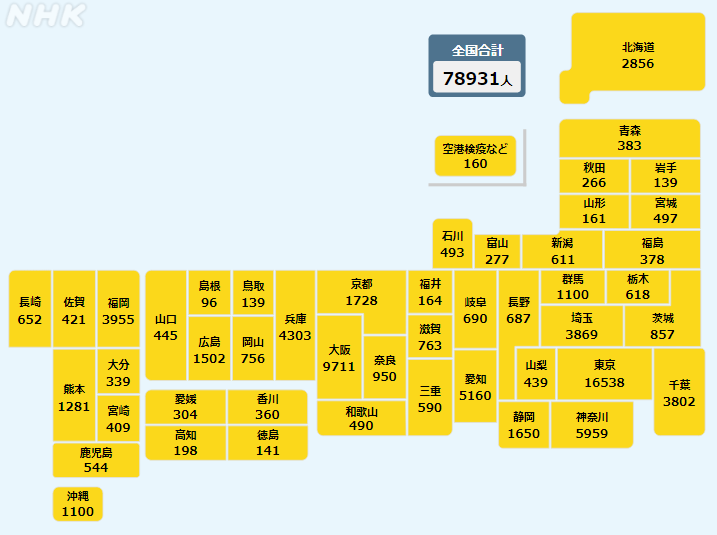 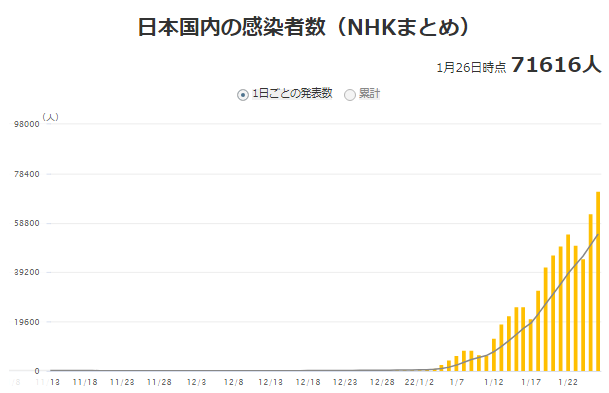 It is also the second half of the week, but Tokyo is still “the highest number of infected people ever updated” …

The usual flow (up to the 5th wave) starts to converge last week or this week, but this 6th wave is really abnormal …
Even after the year-end and New Year holidays and consecutive holidays, the number is still increasing …! (Fear) 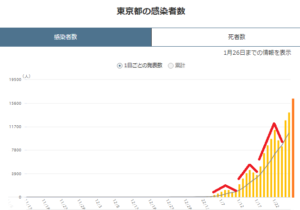 ↑The “mountain” is getting bigger every week …

The number of home recuperators has exceeded 40,000 for the first time,
and if this pace continues, it is estimated that the number of newly infected people per day will be 24,000 next week …

Data have already been released in the United States, but

the number of deaths due to the recent COVID-19 infection per day is more than 2000, which has already exceeded last year’s Delta variant infection expansion period (the time of the fifth wave in Japan).

The trend in Japan is that not only the people but also the government have an atmosphere that “COVID-19 is hard to get serious and it’s just a cold”, but in the end, if people and the government were not alert and the number of infected people was increasing and still ignored, (even if it was a small percentage) the number of daily deaths would be higher than the 5th wave! I hope it doesn’t happen …

That’s already the case in America …

By the way, the outbreak in Japan in the last week seems to be like this …!

↑Companies, schools, facilities, etc. are relatively easy to understand for those who belong to them, so the above is considered to be reliable data, but for restaurants, even if customers are infected there, it will eventually develop a few days after returning home, so the number of restaurants seems to be much higher…

By the way, in the school-related area, in Shinjuku Ward, Tokyo, where the number of infected people is stupidly high,

it seems that 30% of all elementary and junior high schools have closed their classes …! 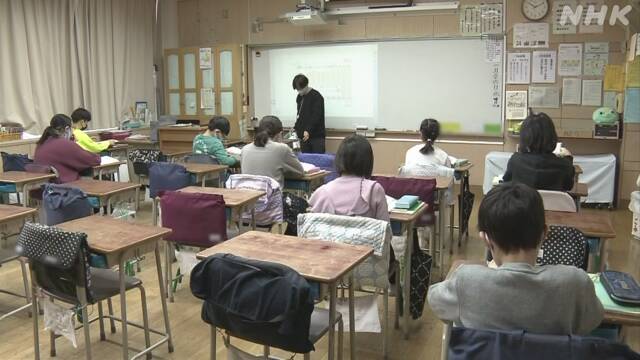 Children’s infections are really noticeable in this wave …

In Osaka, it seems that it is a policy to adopt the crazy recommendation of the government subcommittee and to diagnose that if a close contact person becomes ill, it is diagnosed as infected without performing a PCR test, so…

no one can grasp the infection status anymore, and it seems that they have stopped trying to grasp it …

After that, it seems that you just have to wait for it to increase and decrease as it increases, just as it is in nature …

By the way, it seems that the large-scale vaccination venues of the government operated by the Self-Defense Forces in Tokyo and Osaka will start accepting reservations again from January 28th tomorrow …!

The third vaccination is finally in full swing! … but … 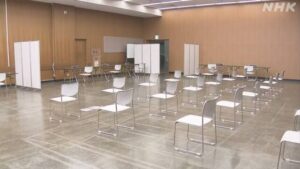