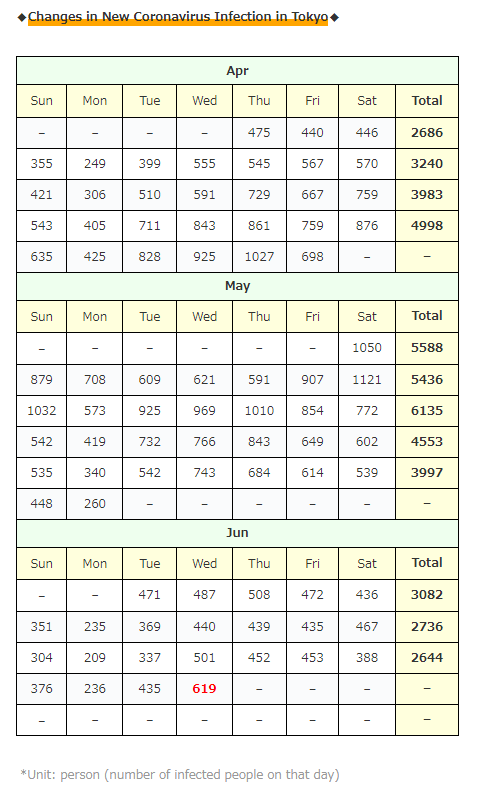 Also Today, the number of new infections in Tokyo has increased compared to the same day of the previous week … 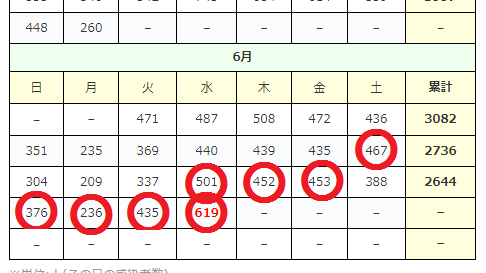 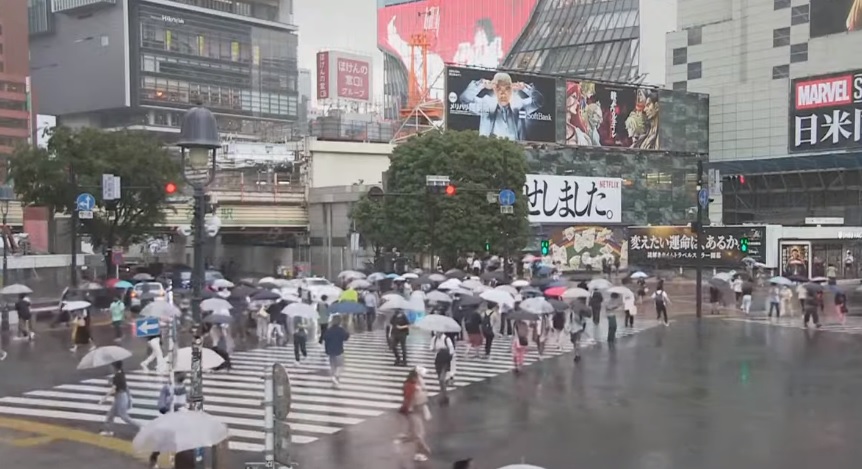 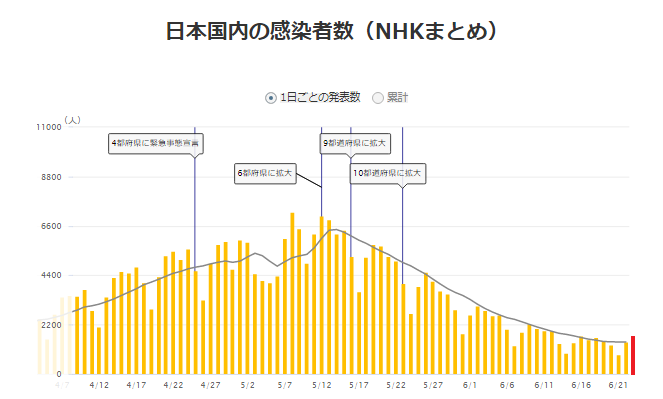 Governor Koike of Tokyo was hospitalized due to overwork, and there is news that she will be treated all week …

Under such circumstances, it was decided that “the Olympic venue can accommodate spectators, 50% or less of the capacity or 10,000 people or less”, but at that Olympic venue,

it seems that they decided not to provide alcoholic beverages to the spectators …!

What …? They were rather going to make alcoholic beverages OK ………?

.. I’m surprised that way, but it seems that the government intended to serve alcoholic beverages at the venue without the public’s knowledge, let alone enter the audience …

Is it because Asahi Breweries is the sponsor?

And to my surprise, the article says,
“We will soon announce guidelines on what to do at the venue and how to eat and drink,”
↑the government seems to be OK with eating and drinking …

The Olympic news for the last few days is really crazy …

I hope some talented politician will fix it …

And the topic changes, but …

Let’s take a look at the news related to large-scale vaccination yesterday and today!

The target is faculty and staff from nursery school to high school.

In addition, the government will cooperate with
Aoyama Gakuin University, Hitotsubashi University, Tokyo Metropolitan University, etc.
to promote university-related vaccination from the end of July, including students and faculty members of other universities in Tokyo!

It’s really good that vaccination goes on and on!

By the way, regarding “university vaccination” …

Only 10% of the students seem to have “not answered” the vaccination questionnaire, and the university seems to be worried about it …
(*10% of them don’t seem to say “I don’t want to get vaccinated” lol)

Well … it’s another person’s household, so let’s not say anything … lol

Since the target of “workplace vaccination” currently being recruited by the government is “companies / organizations with more than 1000 people”, so in Fukuoka they called on small venture companies and as a result it seems that they secured more than 60 companies / 1000 people!

I hope this kind of circle will spread more!

However, on the other hand …

I know what they have, but I really want them to stop doing this because it is possible that vaccines for other municipalities, large vaccination centers, etc. are likely to run out, and even vaccines can be wasted…

I think it’s a big company because it should be a company / organization with more than 1000 people, but…

Which company would do that …

It seems that the government minister in charge of economic revitalization Nishimura calculated the infection risk of the variant virus with a supercomputer and announced the result!

And the result you care about is ↓

①When the distance is 1m during conversation
While the conventional virus has a 1/5 infection risk compared to when approaching,
the variant virus requires a distance of about 2 m to achieve the same “infection risk = 1/5” as before.

By the way, it seems that the analysis assumed that the infectivity of Indian strains was 2.25 times that of the conventional strain …!

According to recent reports, there is information on domestic and overseas news sites that the infectivity of Indian stocks is about 1.5 times that of the conventional type, but I made this calculation in the summary article on June 10. … ↓

(From the summary article on June 10) 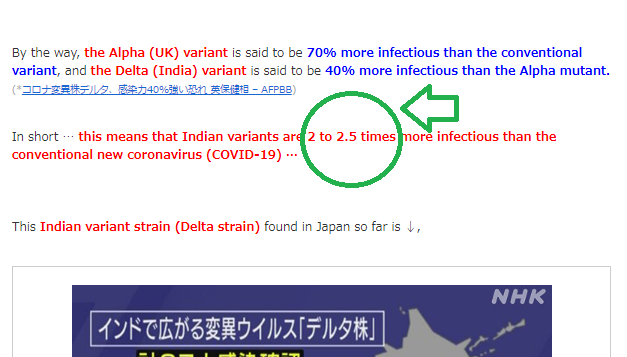 ↑ The government’s assumptions are exactly the same as my past estimates!

I would like to continue to introduce accurate information in the future!

I saw some unpleasant information …

In Melbourne, Australia, an infection was confirmed in the city for the first time in three months in late May, and it was confirmed that this is a variant of the Indian strain, “Kappa strain”.

And the Victorian government’s response team seems to have said about the kappa stock:

“It seems that people are infected just by passing each other.”

“The mask doesn’t seem to work either.”

However, since this has not produced solid research results  and it is not reported in Japan, I can not trust it unconditionally, but…

If such a virus begins to spread in Japan, where the number of people in the city is abnormal high …