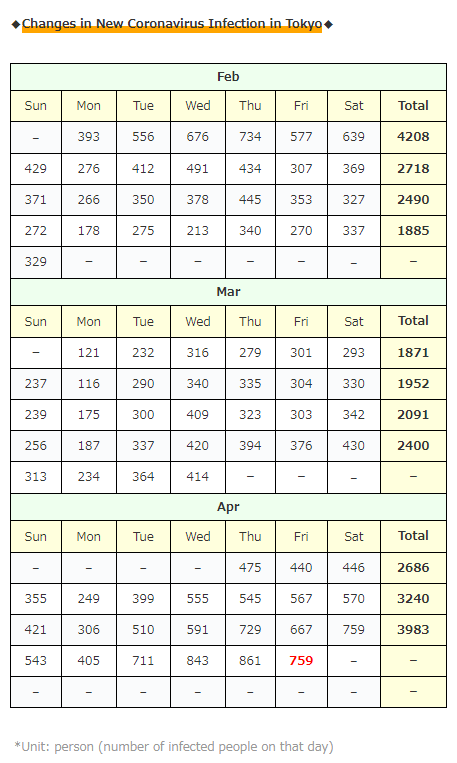 I was relieved that the number of newly infected people in Tokyo would not increase more than yesterday, but it’s still 700s level …

I’ve summarized it a little in ↓, but it seems that the fact that the number of infections among the elderly was less than in the last few days is the reason for the decrease from yesterday …! 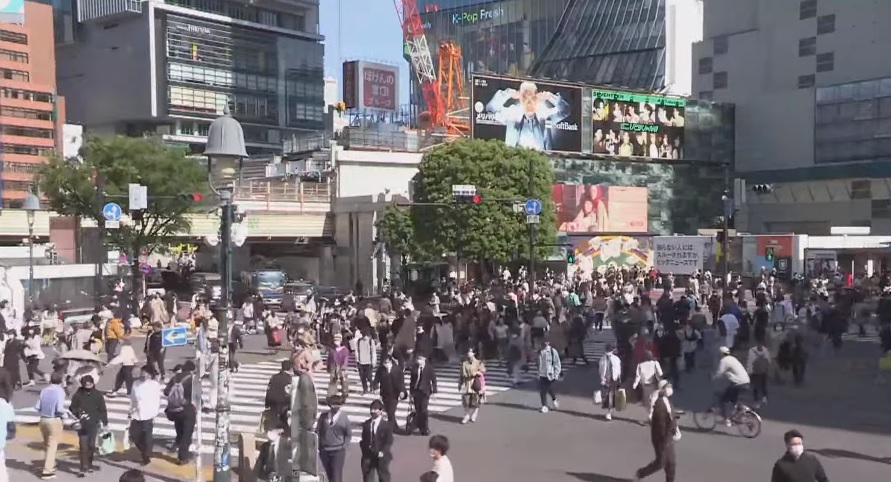 *More than Tokyo for 25 consecutive days

*The details are unknown, but the follows are confirmed infections in Fukuoka…
・Welfare facilities in Chikugo City
・Welfare facility in Omuta City
・Employee dormitory of a company in Yanagawa City
・Medical institution in Hirokawa Town

* Others At this time (19:45), it seems that more than 10 people have been confirmed to be infected in the following areas … 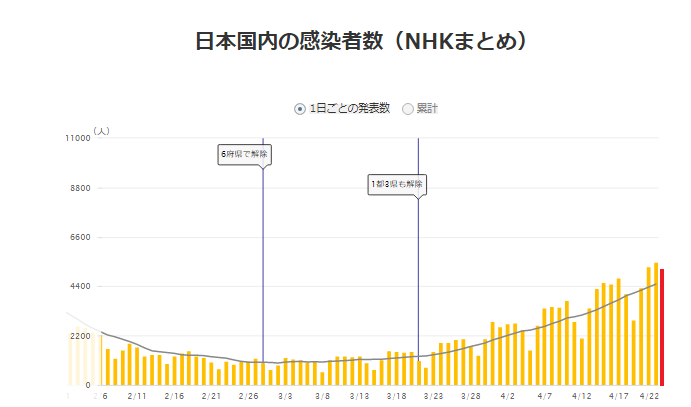 By the way, the third state of emergency has finally been announced in Tokyo, Osaka, Hyogo and Kyoto …!

From about last week, it was said that “the state of emergency will be decided in the week starting on the 19th”, but the government has really used the whole week … (dry laugh)

If they had declared a little earlier, this Friday, Saturday and Sunday would have been included …

And as for this state of emergency, we haven’t got all the information yet as of the evening of the 23rd today, so I’d like to introduce it tomorrow, but roughly speaking, every region looks like this … ↓ 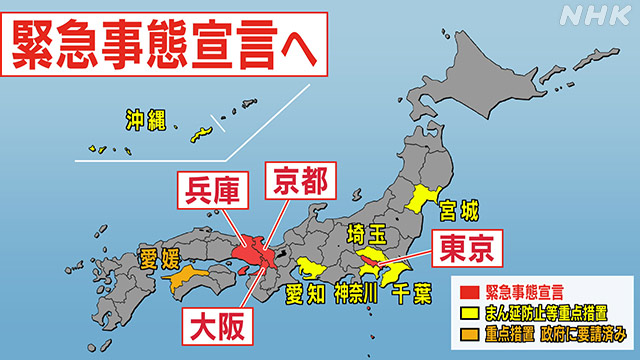 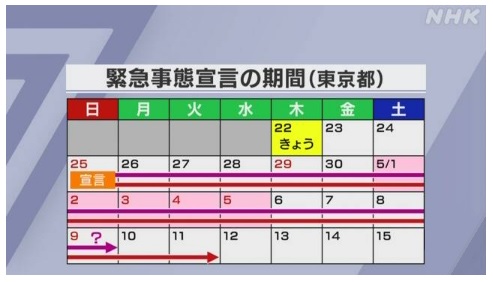 ↑ It’s a countermeasure like “alcohol is spreading the infection”, but in reality, we have to stop the movement of people and prevent people from gathering…

However, it seems that people’s movements cannot be stopped with such measures …

Apparently, the government has no intention of ending COVID-19, and it seems that it will be released when it decreases to some extent this time as well …!

As mentioned above, it seems to be a meaningless “state of emergency”, but I hope it will be meaningful somehow …

Oh, by the way, it seems that the Olympics will be held …!

Bach President of the IOC (= International Olympic Committee)
“The state of emergency is an active measure to prevent the spread of GW infection.”
“So it’s not related to the Tokyo Olympics.”

If this state of emergency is only for two weeks …, it is quite possible that the infection will spread again after it is lifted and it will be July …!

In Kobe and other places, the complete “collapse of medical care” has come again, with deaths waiting at home one after another.
(In Japan, home medical treatment is also permitted for COVID-19)
(*神戸 入院調整で自宅待機中の死亡相次ぐ 患者急増で調整できず – NHK)

Anyway, I hope this state of emergency will improve the infection situation as much as possible …!

Looking at the news list on Yahoo!, I found an article with this title …

“There were more requests from local governments than expected for the distribution of 18 million vaccines.” (Yahoo!)

It’s natural that everyone wants a vaccine!

By the way, even after the Golden Week holidays, the vaccine will be supplied only 18 million times (for 9 million people) …

It seems that only vaccines can end COVID-19 in Japan, so I hope the vaccination pace will increase even more!