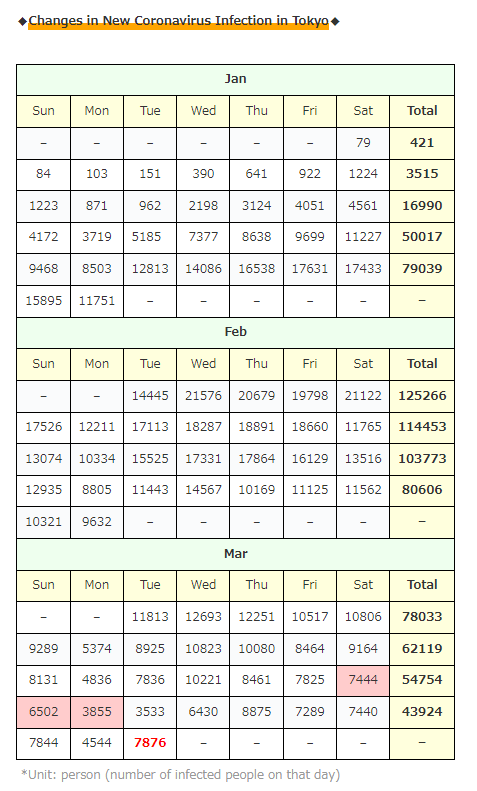 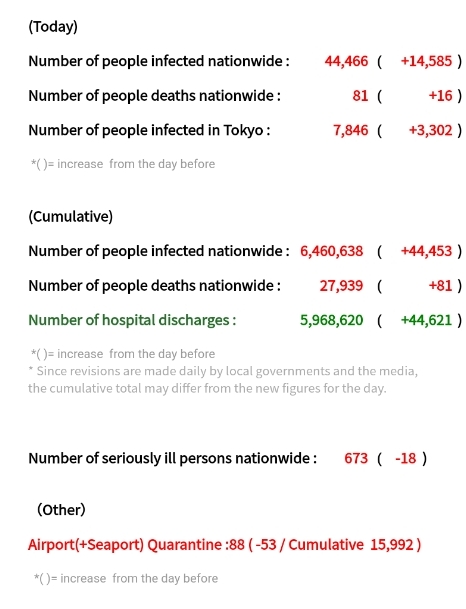 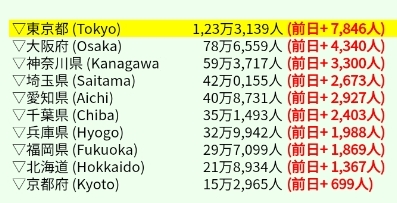 The number of infected people in Tokyo is …
Last week today was an “abnormally low number” because it was the latter half of the consecutive holidays, so today is not at the level of talking about more or less than last week … (dry laugh)

This is yesterday’s content, but it’s the same today … (dry laugh) 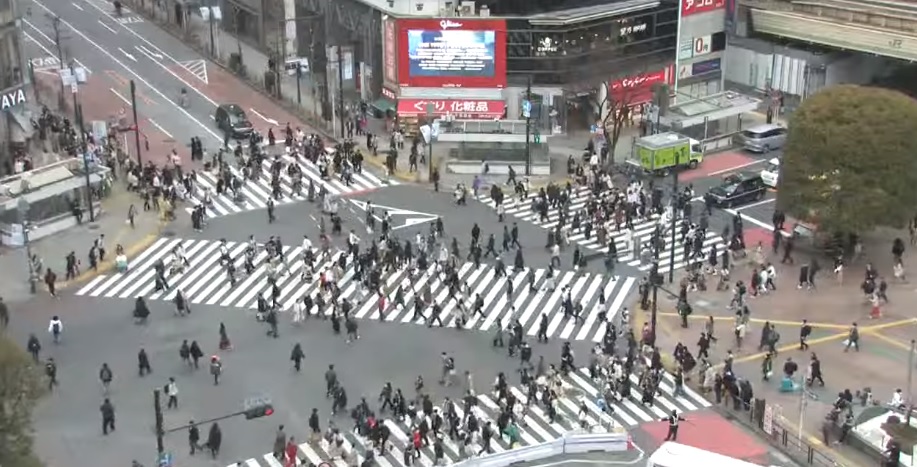 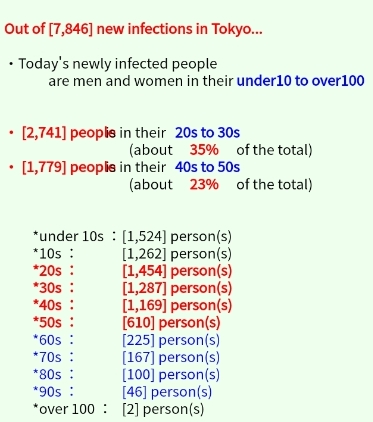 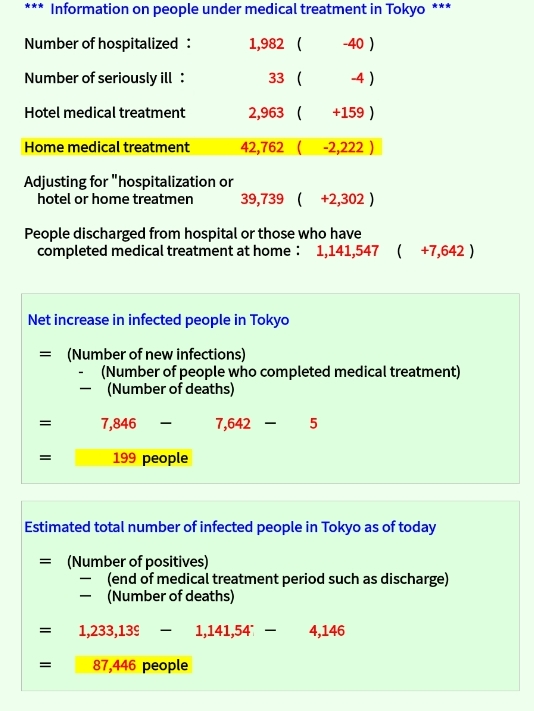 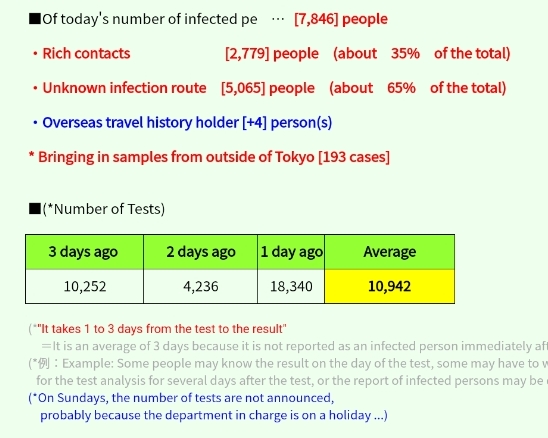 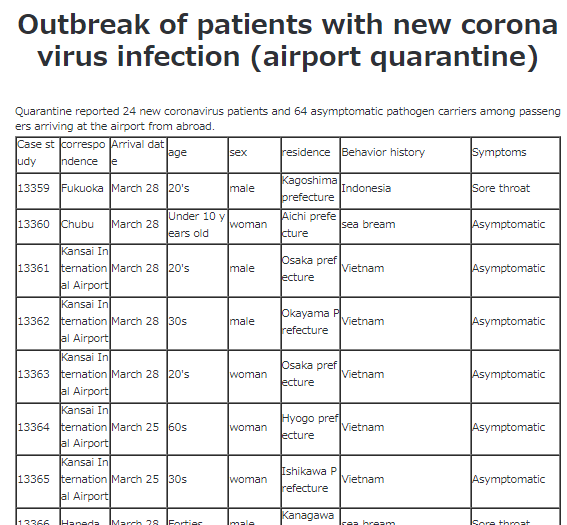 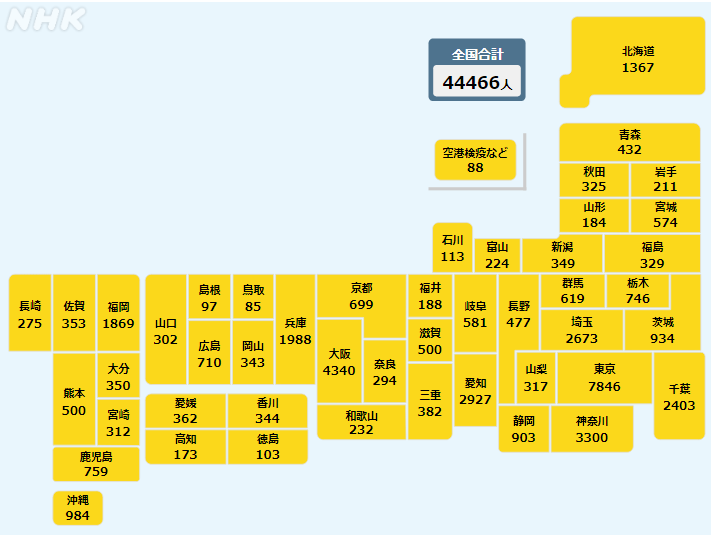 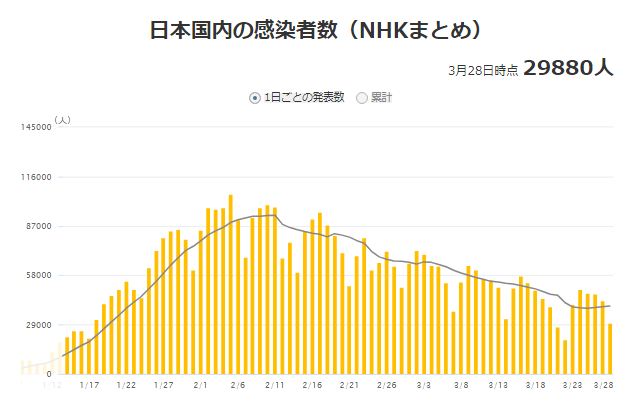 In China, which is aiming for “Zero Corona”, the spread of infection has not stopped, and it seems that strict restrictions on going out will be gradually applied from now on …

In Shanghai, it seems that there will be strict restrictions on going out
from March 28th to April 01th in the eastern part and
from April 01st to April 05th in the western part …

In the east, where it’s currently being applied, it looks like “that wonderful Japan of the first wave”, but I want them to show us that “Zero Corona Countermeasures = Measures to reduce the number of infected people and end them with a short-term intensive system” is the right answer! 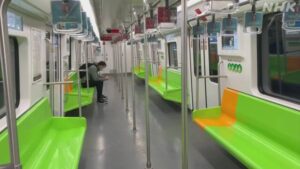 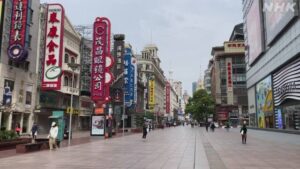 By the way, in Japan,

the number of hospitalized people has decreased at a stretch thanks to the consecutive holidays last week, and the medical system seems to have improved significantly …!

That’s a good thing, but I’m not very happy because the policy can’t reduce the virus, it can only be reduced by the natural flow (dry laugh).

And recently, I’m a little worried about the diminished interest in vaccination by Japanese people, but … 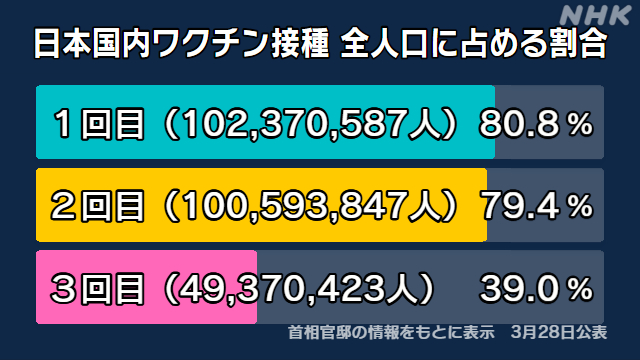 Well, I feel that the increase is slow, right?

However … In the first place, the government said, “Because you won’t get infected, vaccine!”, but in the end, vaccination doesn’t prevent the infection, so it’s understandable that no one wants to get vaccinated. …

What … Speaking of which, if you don’t get the 3rd vaccination or more, it’s easy to get serious …?

By the way, the other day, I introduced an article that Chairman Omi of the government subcommittee will retire as the chairman of the Japan Community Health Care Organization at the end of this month,

but from next month he will be appointed as the representative director of the Public Interest Incorporated Foundation “Tuberculosis Prevention Association” …! 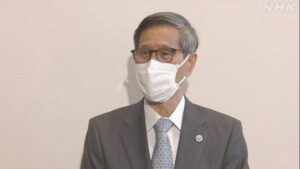 I was worried about his physical condition, but … it seemed like a wasteful worry (dry laugh)

I’m not sure why he slid his career, but well … it’s glad he looked fine … (lol)