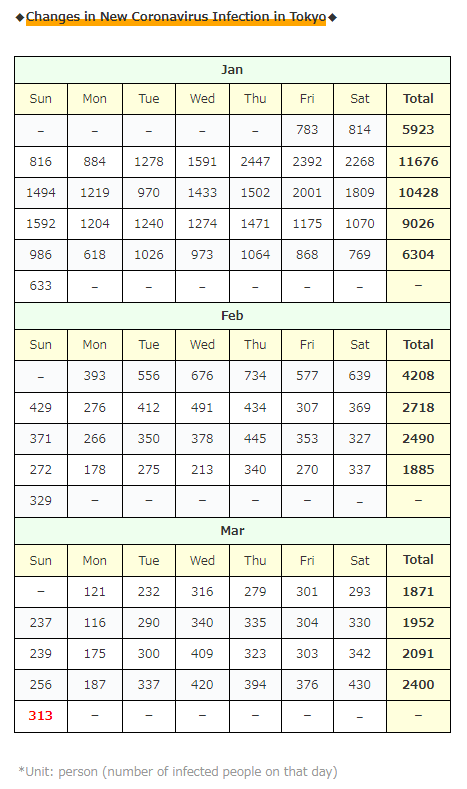 It seems that the full-scale increase has already begun … 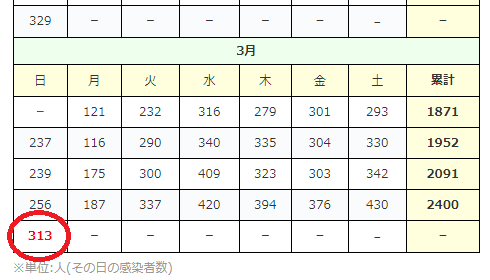 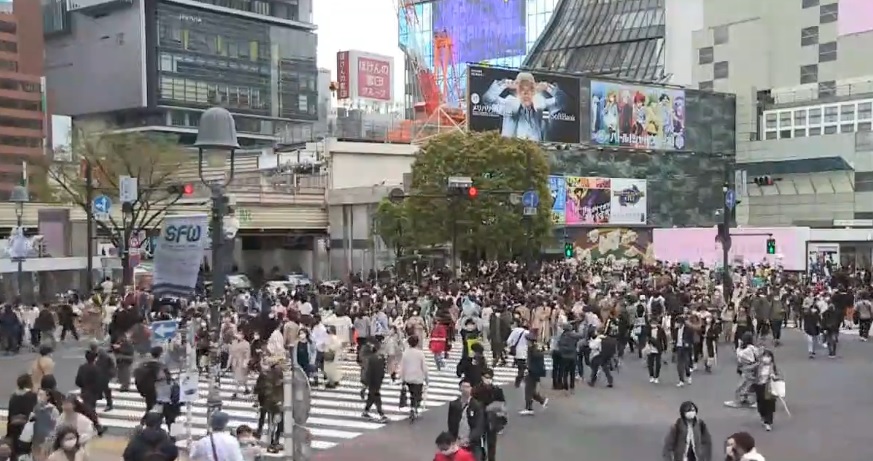 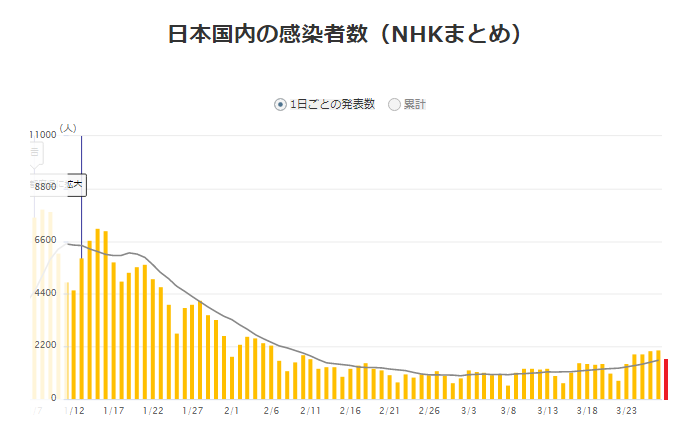 It seems that there was additional news about “a 26-year-old woman who died of subarachnoid hemorrhage 4 days after vaccination” that was reported yesterday and introduced in this “summary article”.

The following is a quote of a part of the article as it is.

“Post-mortem examinations found a blood clot in the brain that appeared to have existed for some time. The Ministry of Health, Labor and Welfare continues to gather information, considering that the hump of a blood vessel may have been accidentally torn after vaccination.”

It seems that more than 800,000 people are currently vaccinated,

I think there may be such a “coincidence (another illness develops and dies immediately after vaccination)“, but after all, seeing such news makes us a little worried…

By the way, in the reaction of the net, the opinions were divided as follows.

A woman in her 50s living in Hiroshima Prefecture, who had been treated at the accommodation facility of the quarantine station after being confirmed to be infected by the quarantine at the airport, died in her room on the morning of the 27th …

・ Return from Egypt
・ Fever for 3 days from the day after entering Japan
・ No symptoms after that
・ No abnormality when checking health condition in the evening of the day before discovery
・ They can’t get in touch on the morning of the 27th
・ She was lying on the bed
・ The cause of death and the presence or absence of underlying disease are currently unknown.

Entering and leaving overseas is also a life-threatening …

Speaking of overseas, there are about two topics in China …

More than 91 million vaccinations have been completed in China, and vaccinations for foreigners have begun in Beijing!
(As of March 25)

The type of vaccine is Chinese vaccine “Sinofarm” or “Sinovac”, and it seems that the cost if you do not have insurance is about 1500 yen at a time!

Regardless of whether or not vaccination is given, the fact that foreign residents are beginning to be included means that the new coronavirus (COVID-19) is becoming less of a threat in China …?

“Isn’t it a more difficult situation just because the information doesn’t come out?”

So I was a little surprised at this news!

And here is another topic in China!

WHO (World Health Organization) will publish a report on the origin of the new coronavirus (COVID-19) within the next few days based on the results of the survey in Wuhan, China earlier this year!

By the way, WHO has been doing a good job since last summer, right?

It was awful this time of last year when the new coronavirus (COVID-19) was discovered, so I’m still a little skeptical of WHO …

* By the way, a copy of the terrible remarks made by WHO Secretary-General Tedros, which was crowded on the Internet last year ↓

1/19 The risk of human-to-human transmission is low.
1/22 Not applicable to emergencies

1/28 WHO pays homage to the Chinese government for taking swift and effective measures
1/29 It is not recommended to evacuate foreigners from China
1/31 No measures should be taken to unnecessarily hinder travel or trade
—- You should keep people coming and going and keep opening the border
—- Without China’s efforts, the number of deaths outside China would have increased further.
—- It can be said that China’s response has set new standards for infectious disease control.
—- We must thank China for the small number of infected people outside China.
2/01 Confidence in China’s ability to control pandemics
2/04 Wuhan is a hero
—- Countries other than China should provide better data on infected people
2/05 Invest 74 billion yen in WHO
2/08 The case fatality rate is about 2%, so don’t be afraid more than necessary.
2/10 Britain and France have a greater sense of crisis
2/12 It is not good to use a name reminiscent of a specific area as the name of pneumonia.
2/13 Praise China’s extraordinary efforts
2/18 New virus is not fatal
2/24 Not reached a pandemic
2/27 China’s aggressive initial response prevented the spread of infection ↓
2/28 “There is a possibility of a pandemic”
—- “All countries should concentrate on preparation”
—- “The possibility of being contained is narrowing.”
3/25 “We wasted the first opportunity”
3/26 “You had to respond one or two months ago”
3/27 “Millions of people could die without positive action in all countries”
4/3 “Determine whether to make changes to the guidelines on whether to use masks”
4/5 “China publishes and provides scientific data every day”
4/7 “Mask is not a silver bullet. You can’t stop the pandemic.”
4/9 “We are humans, not angels. Sometimes we make mistakes.”
—- “All the slander against me came from Taiwan. I firmly protest.”

I saw this copy after a long time, but I really regret it if they didn’t make this initial failure … (cry)

The cherry blossoms are in full bloom when you go out into the city!

But the infection is clearly spreading …

So I checked the number of cherry blossom viewing spots a little! 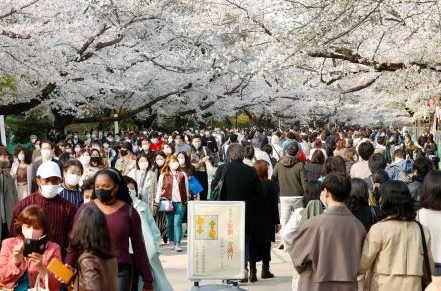 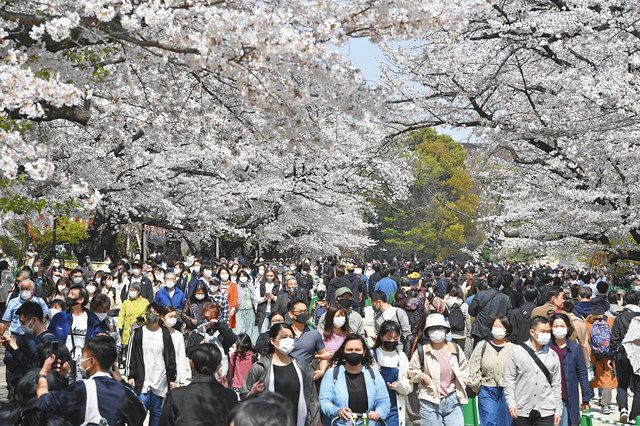 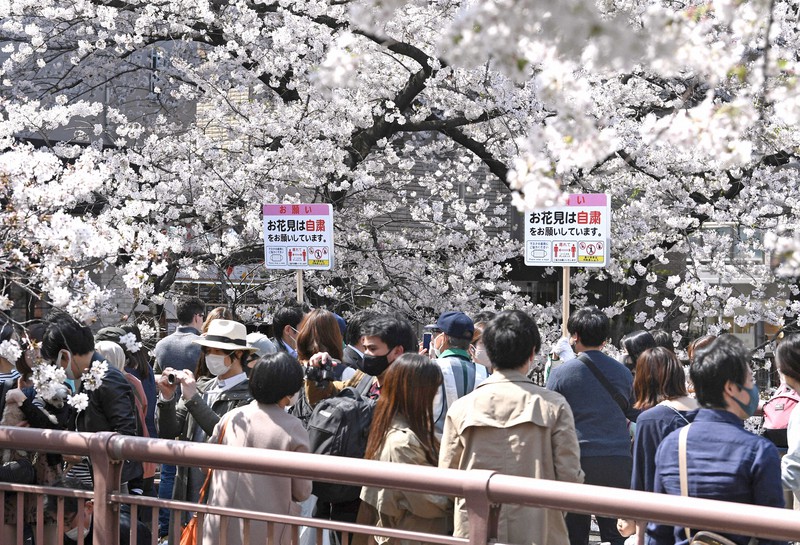 It seems that everywhere there are “banquet prohibited” posters and protective nets, so I’m relieved about that, but I’m still worried about the amount of this person …

But … we japanese want to see cherry blossoms …