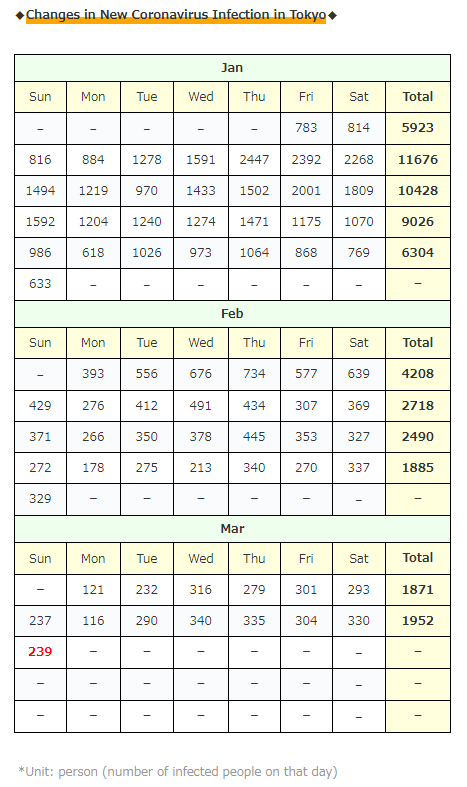 I hope it doesn’t increase this week …! 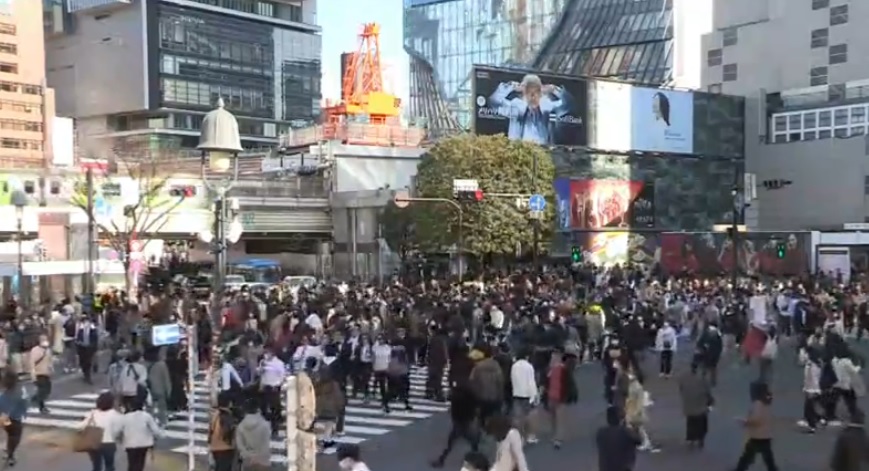 ・Infection in the facility [58] people 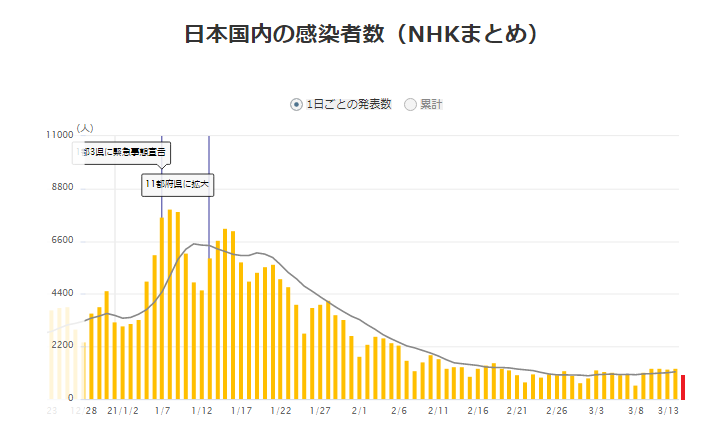 It seems that the second vaccination has started in Osaka following yesterday’s Tokyo,

and the domestic vaccination seems to be proceeding smoothly …!

And about the allergic reaction of vaccination that has been reported every day recently,

I would like to summarize a little based on the latest information based on ↑this article!

<About side reactions of domestic vaccination>

・Number of vaccinations in Japan: Approximately 180,000(as of 3/11 17:00)
・Number of reports of side reactions: 36 (1 has been canceled)
・Percentage of side reactions: 1 in 5033
(* 42 times that of the United States)
(* 11 times that of the United Kingdom)
・Analysis results of the Ministry of Health, Labor and Welfare (17 cases):
In terms of international evaluation, only 7 cases correspond to “anaphylaxis”
→It is almost the same as the frequency of onset in the United States.

I wonder if my turn(vaccination) is yet …!?

By the way, it seems that the world is still in a situation where “vaccination is the only hope”,

and in Italy and other countries, lockdown will be carried out again from March 15th …!

Infection by British mutants seems to be spreading rapidly … 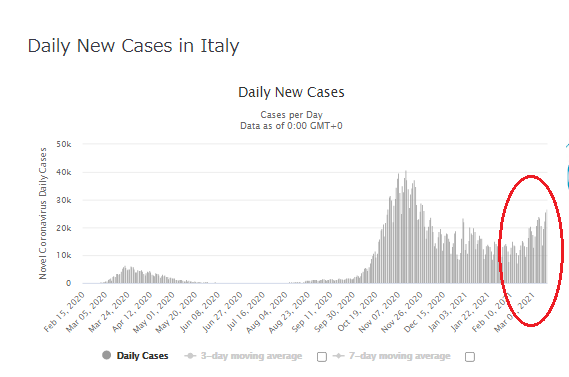 Regarding lockdown, city blockade, and state of emergency,

57% of the respondents in Japan said that “the state of emergency should be extended to four regions after March 21”,

but the government apparently seems that they will lift the state of emergency in the four regions on March 21st …!

According to the article, there are the following comments.

One of the relevant ministers
“The declaration no longer works. There is no choice but to cancel it soon.”

Key members of informal meetings of the subcommittee to the Ministry of Health, Labor and Welfare
“We have no choice”

(Although I can’t trust the content of the article 100%)

As mentioned above, considering the lack of additional measures in the two weeks of the extension of this state of emergency, I feel like they actually think so …!

Even though the state of emergency has not been lifted, the number of infected people may have been on the rise for a week, but it is too scary after the lift! (Cry)

It seems that 3000 nurses have died in the world from the new coronavirus (COVID-19) (even if it remains in the data) …
(Total number of nurses worldwide: 13 million)

In that sense, I want to end COVID-19 as soon as possible …!